Royal Enfield revealed a very special concept at the EICMA 2018 in Milan. One which pays homage to the original KX bike of the 1930s. What’s special about this motorcycle apart from the fantastic, low-slammed styling of course, is an 838cc v-twin motor which also holds a mirror to what was one of the largest v-twins of its time. 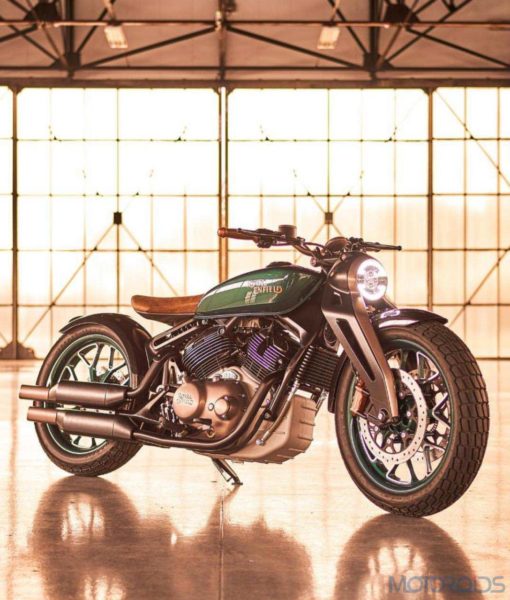 Designed in their in-house studio, the bike has been finished in classic British green, features a yesteryear inspired headlight nacelle, and a modern new take on girder-type front forks. Sitting pretty on 19″ wheels (If we heard that right), this motorcycle is a sign of all that’s new that’s is happening at RE, which wishes to storm the middleweight, fun motorcycling segment, internationally!

And even for being a mere concept, it isn’t a mechanically half-baked, pretty looking thing. For instance, take a good look at the crank cover of the new 838cc v-twin, or the neat fitting offset fuel tank lid, or even that single, floating saddle which looks the part. As you move towards the back, there’s that interesting swinging arm design and neat looking fender which bends along the wheel. Talking about wheels, that’s an amalgamation of today and yesterday done right, and you’ve got modern rubber being stopped by radially mounted calipers up front and even LED illumination. Even the instrumentation is very today and digital. But if you take a look at the motorcycle, would you think it’s out of place. Naah! 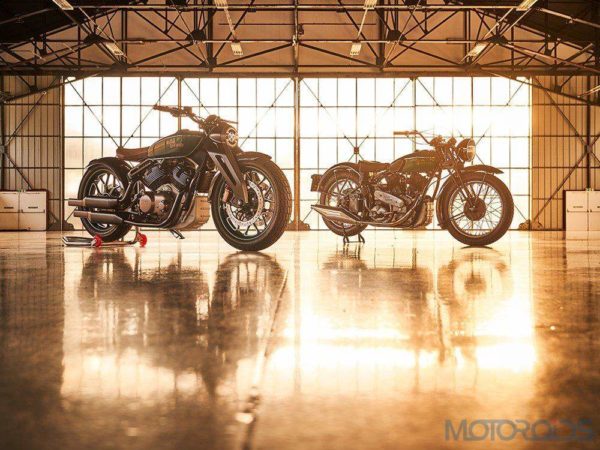 Technical specs, as expected, aren’t available at the time this article was published. However, If this is how the future at RE looks like, we sure are putting our hands together. Having said that, If anything like this has to come out and play in the open and be available behind the glass windows of an RE dealership, we’ll have to wait. For how long? We expect a couple years at the very least. Until then, the playful and back to simple, but modern take on motorcycling, the RE twins will be upon us soon. We’ll bring you more updates on them shortly. Stay tuned!