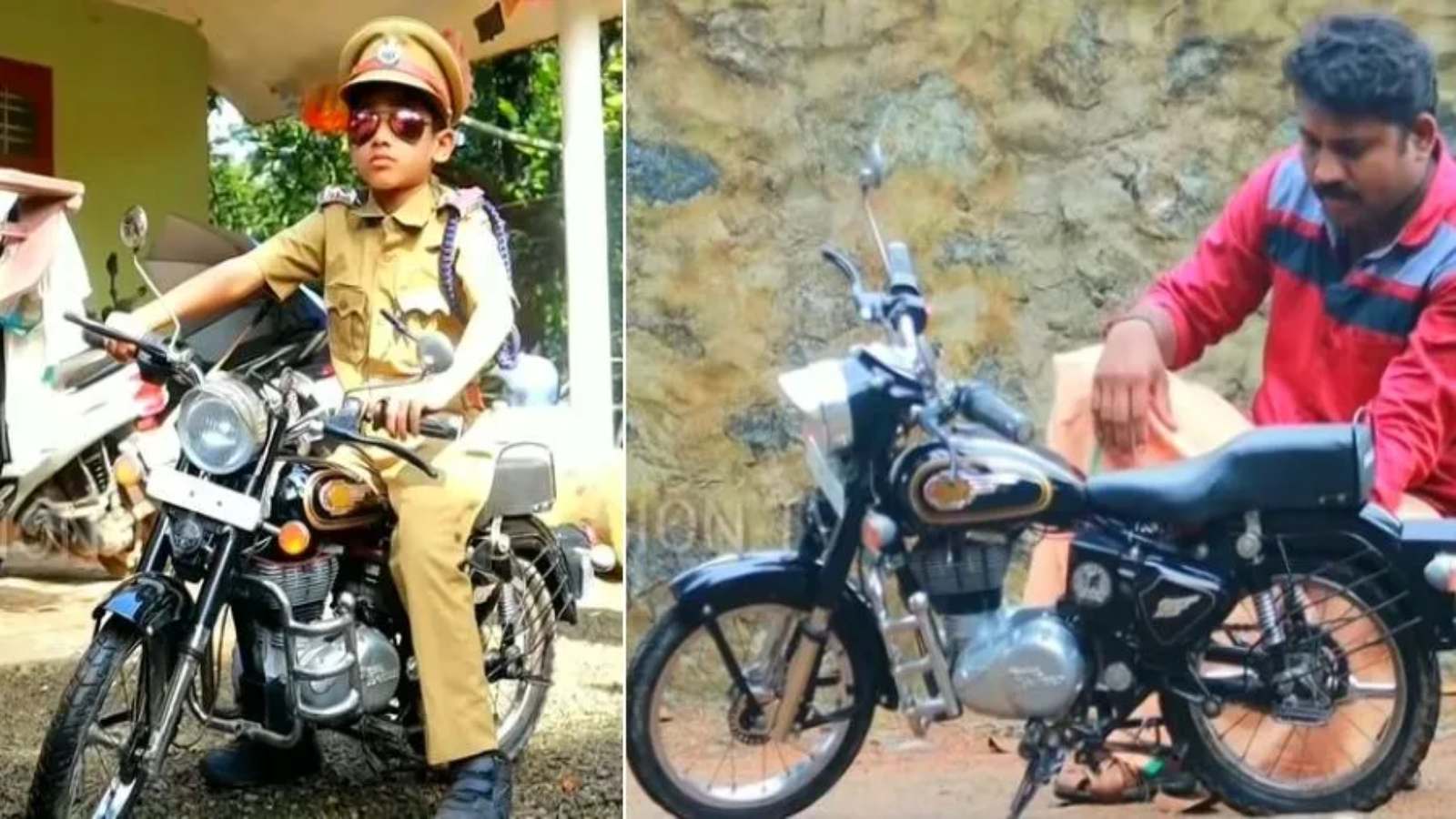 Over the years, the brand has garnered lakhs of fans and a cult following. The retro appearance and that ‘Thump’ still make hearts skip a beat and not just adults, even kids love Royal Enfields. We have come across a video that showcases a battery-powered miniature model which has been built from scratch by a father for his son in Kerala’s Kollam district. This is basically a toy version of the Bullet 350, and one that looks very similar to the original version. 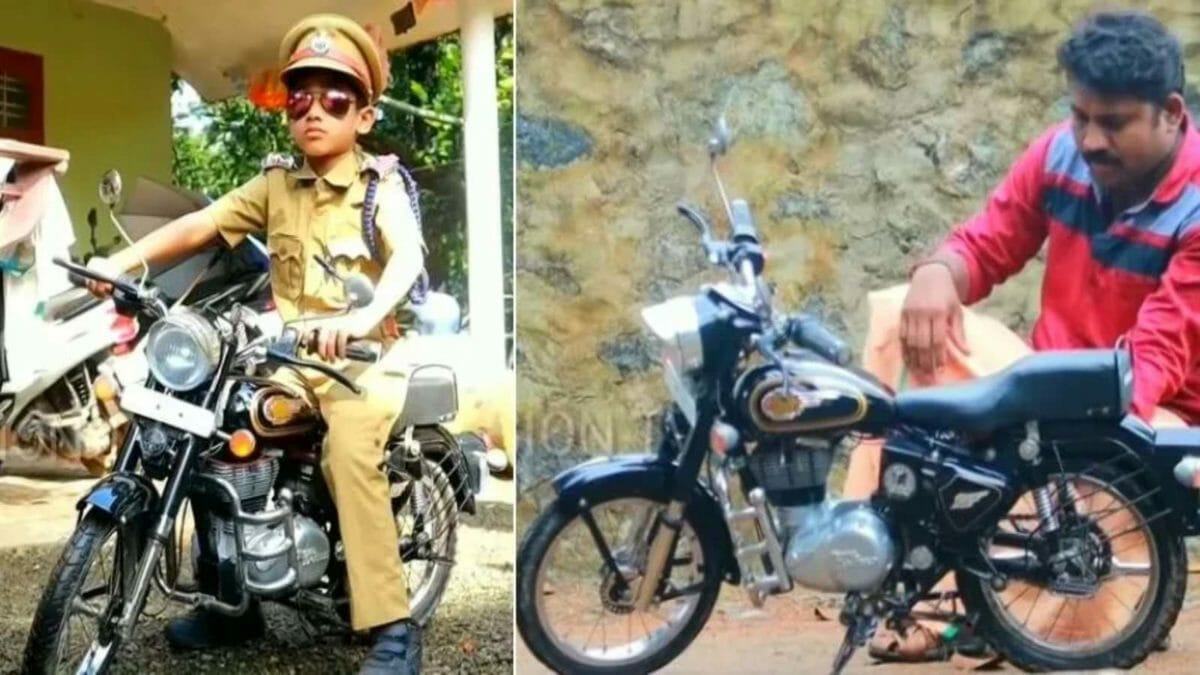 The video which has been uploaded by Mind vision ktr on their youtube channel shows a mini version of a Royal Enfield Bullet motorcycle which looks very similar to the original version. The video explains that the battery-operated Bullet was built at home, complete with the classic round headlamp, single-pod instrument cluster with a speedometer and odometer, and chrome-finished leg guard. The rear wheel is driven by a belt. Considering the attention to detail, the man probably owns a Royal Enfield Bullet himself.

The man from Kollam imbibes the same design and used fibre for building the bodywork of the mini Bullet and steel was used for the frame. The video states that the bike’s battery charge can last for about 3 hours. Nothing more is known about the mini Bullet but it is indeed a fantastic example of creativity taking DIY to the extremes. The miniature Royal Enfield Bullet measures 122cm in length and 65cm in height.

The toy Bullet is powered by an electric motor which is powered by a 12V battery kit. It also features a suspension system which looks exactly like it is on a Bullet. From the video, It is evident that the father had spent a lot of time to build something unique for his son and he has been successful too.