Customizing a motorcycle requires a different level of passion, grit, determination and a bucket full of creativity. You face many hurdles through the process but the key is to keep going and make that picture in your head, a reality. India is blessed to have a creative lot of customization houses, both big and small who work on a different set of wheels, whether it be a commuter or a superbike. One such custom bike builder is Ace Custom Motorcycles hailing from Pune. The chop shop is run by Rohit Wahurwagha who does this in his free time on weekends when he’s not cracking binary in an IT job. Eager to transform his hobby into a full-time profession, Rohit’s Ace Custom Motorcycles has transformed a couple of Bajaj Avengers, which are going to be in focus here. 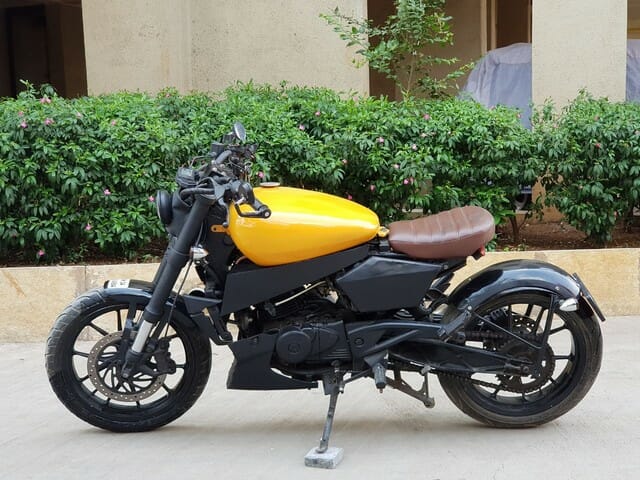 The first custom build in consideration here is a humble Bajaj Pulsar 180 which has been transformed to look like a Harley-Davidson, the reason why they have also used the stock fuel tank of H-D Street 750. Painted in a bright shade of yellow, it particularly stands out with its blacked-out engine and other parts. The build also features different functional bits like USD forks up front and a monoshock at the rear. The pillion seat has been done away with and the stock saddle has made way for a custom, floating unit.

Other custom parts include a black half fairing which runs below the tank and also doubles up to hide all the electricals. A round headlamp is incorporated at the front which complements the overall build. The tail lamp is a rather slant LED unit. Bar-end mirrors are also used to lend it that “Harley” feel.

If you like to ride with a pillion but still love the design of the custom mentioned above, they have worked on a Bajaj Avenger 220. They have retained the stock seat of the Avenger and that isn’t a bad thing because the bike’s stock saddle is quite a comfortable place to be, for both rider and the pillion. Other modifications remain the same as the Pulsar 180 mentioned above. There’s no word regarding the engine so it would be safe to assume that there aren’t any performance upgrades. 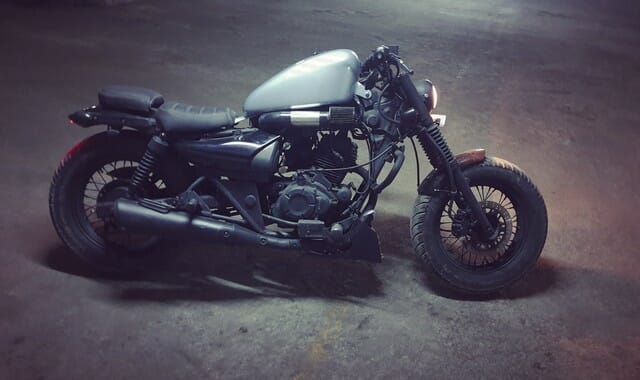 The list of their builds doesn’t end here as they have also customised another Bajaj Avenger which takes inspiration from the Iron 883. To take the bulky feel a level above, they have said goodbye to stock tires and have included fatter rubber at both ends. The handlebars are positioned differently and make the rider sit more aggressively than the stock Avenger. 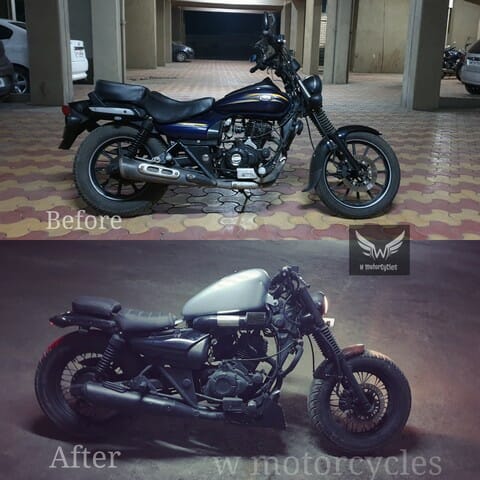 It’s always good to come across such builds especially from a not so big custom house. The efforts that they have put in to build these motorcycles are surely commendable. They are now working on one more build whose completion is now delayed because of the lockdown.