Royal Enfield motorcycles enjoy immense popularity among bikers. This large fan base is, however, just not restricted to India or the Indian subcontinent but is present in western European countries as well. Especially the Royal Enfield 650 twins- the Interceptor and Continental GT, which have both been success stories for the company ever since they were launched.

These two bikes have not only been popular in India but have found a liking in global markets as well and are valued for their style, performance and price. But the auto industry has suffered severely due to this global pandemic of Covid-19 and dealers have taken upon themselves to promote their vehicles and find unique ways to do so. 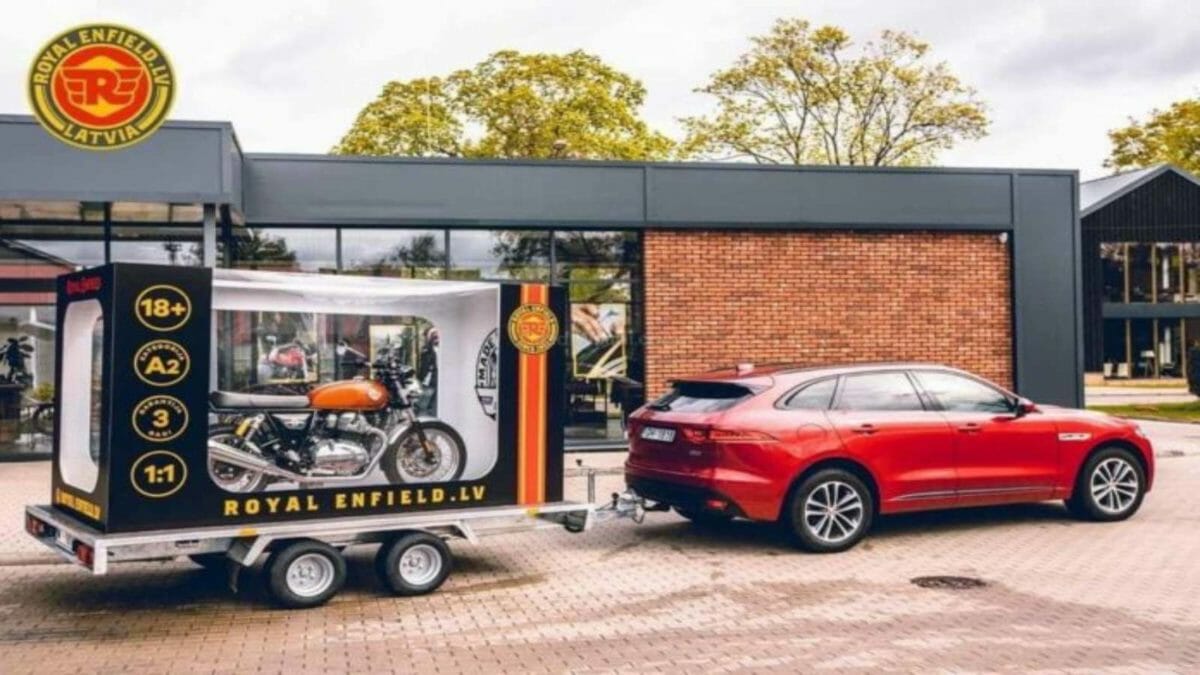 A set of images have surfaced online showing a Jaguar F-Pace towing a Royal Enfield Interceptor 650 inside a scale model-like packaging that has been posted on its Facebook page by Royal Enfield Latvia. For the uninitiated, the Republic of Latvia is a country in the Baltic region of Northern Europe. It shares its borders with Estonia to the north, Lithuania to the south and Russia to the east.

Also READ: Is Bajaj Finally Planning To Introduce The RS 400 In August 2020?

Royal Enfield Latvia has managed to create a 1:1 scale model of the 650 Interceptor, and taken it on a road trip across the country, by getting it towed. The car Royal Enfield dealer is using to get the scale model towed, is a Jaguar F-Pace. In Latvia, the Interceptor has been on sale with a sticker price of €6850.00, which roughly translates to nearly Rs 5,62,323. This is more than twice the motorcycle’s ex-showroom price of Rs 2.65 lakh – Rs 2.86 lakh in India. However, the difference in price occurs due to export cess charges in that country. 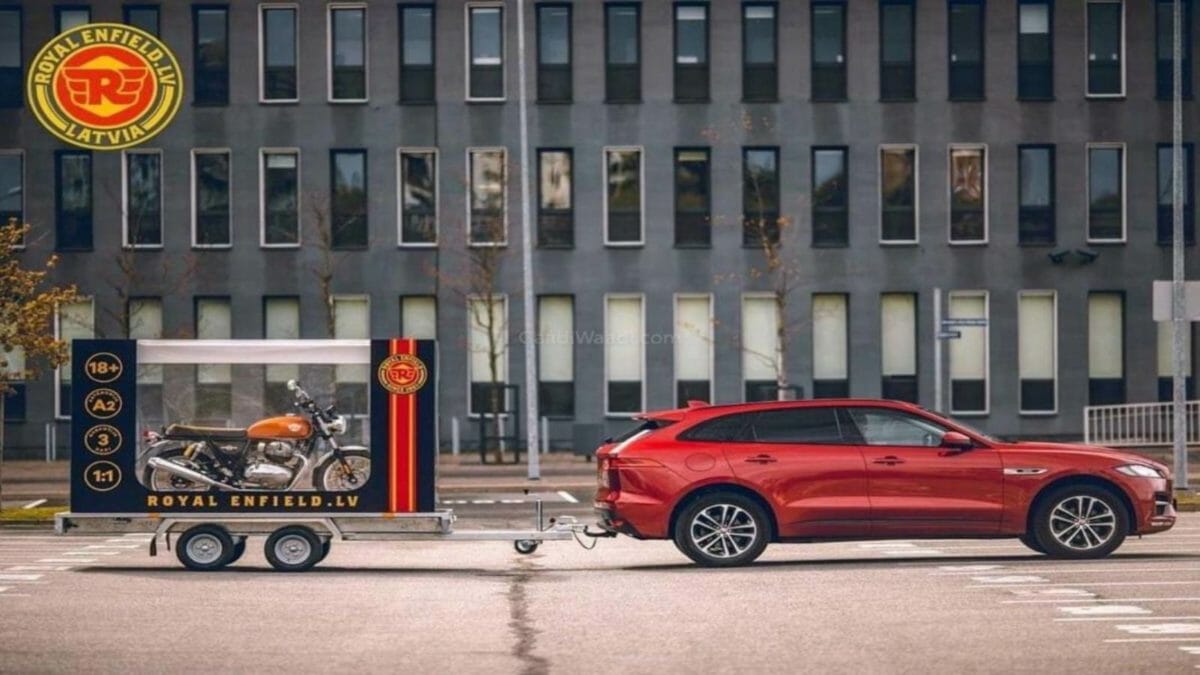 Other than the 650 twins, Latvian Royal Enfield also retails the Classic and the Himalayan. Engine specifications on the Interceptor 650 include a 648cc, parallel twin, air/oil cooled engine with fuel injection. It delivers 46.8 bhp power at 7,150 rpm and 52 Nm torque at 5,250 rpm mated to a 6-speed gearbox. In India, Royal Enfield’s next big ticket launch is expected to arrive in the form of Meteor 350 which supposedly is replacing the Thunderbird 350X.