Home News Is Bajaj Finally Planning To Introduce The RS 400 In August 2020?

Ever since Bajaj launched the Dominar 400, there have been talks regarding Bajaj developing its faired cousin. Bajaj took the same route with the Pulsar NS 200 as well when they borrowed the foundation of the naked streetfighter and built the RS 200 around it. The innee circles are abuzz again as a new media report suggests that Bajaj is planning to launch the RS 400 in Indonesia in August 2020. Bajaj has a stronghold in the Indonesian market and even motorcyclists there are anticipating the launch of a faired motorcycles based on the Dominar 400.

According to the media report, the RS 400 is scheduled to come out in August 2020 and will feature more comfortable riding ergonomics and lower saddle height as compared to the RS 200. If this turns out to be true then it would appeal to a wider variety of riders, irrespective of their build. It is a no-brainer that Bajaj will deploy the same engine found on the Dominar 400 which displaces 373.2 cc and makes 40 ps of peak power. We can expect Bajaj to tweak around the ECU though, to make the power delivery and the performance match with the characteristics of the RS 400. 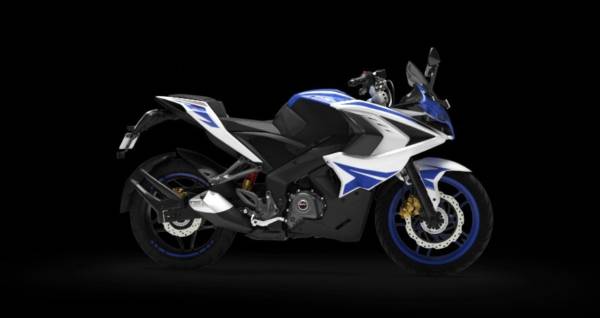 RS 200’s fairing was a little quiry because of all the busy visuals it beamed. They might change the overall silhouette of the RS 400 too by incorporating a new set of headlamps and tail lamps. Split seats and split pillion grab rails would make their way, too. It will probably carry over the same cycle parts found on the Dominar 400 which isn’t a bad thing at all because the Dominar 400 recently got updated and got premium components like dual-barrel exhaust and USD forks up front.

Chances are that Bajaj has already completed the required documentation in Indonesia and are going to finally roll out the RS 400 in August 2020. An Indian launch of the same, however, still remains a question but it’s pretty apparent by now that the Indian market is more than ready to welcome the much-awaited RS 400.