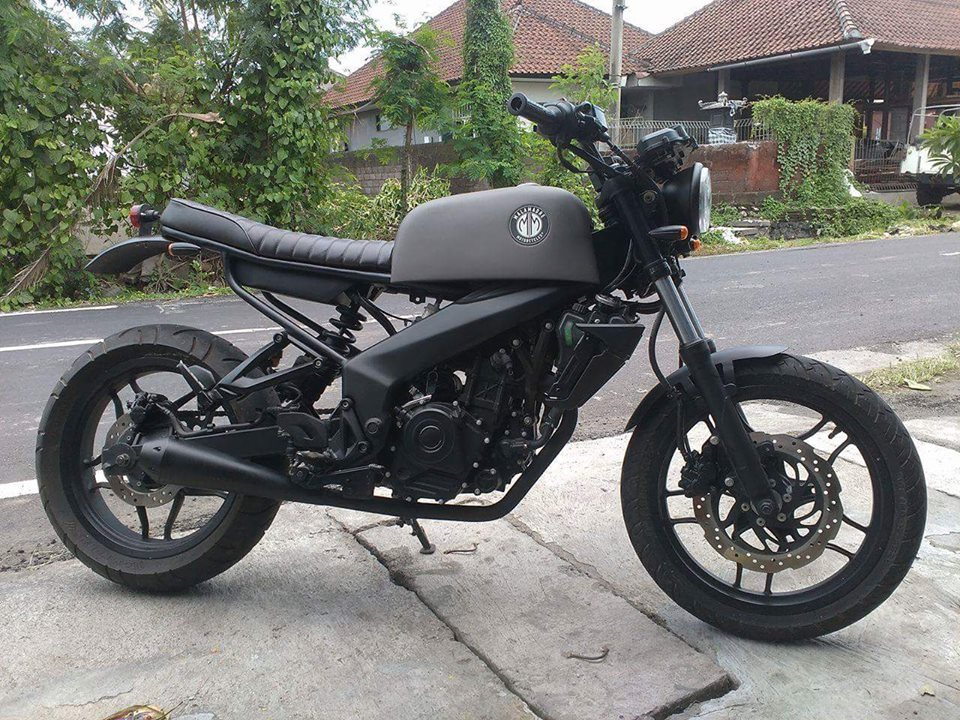 While the Bajaj Pulsar 200 NS has been discontinued in India to make way for the RS 200, it continues to be sold in Indonesia, where its decently popular. So, much so, we’re coming across quite a few of them hitting the local after-market business. The latest custom Pulsar 200 NS to be featured here is done up by Malamadre Motorcycles, a Bali based custom outfit. The modification made has completely transformed the Bajaj’s Naked Sport theme into a scrambler. 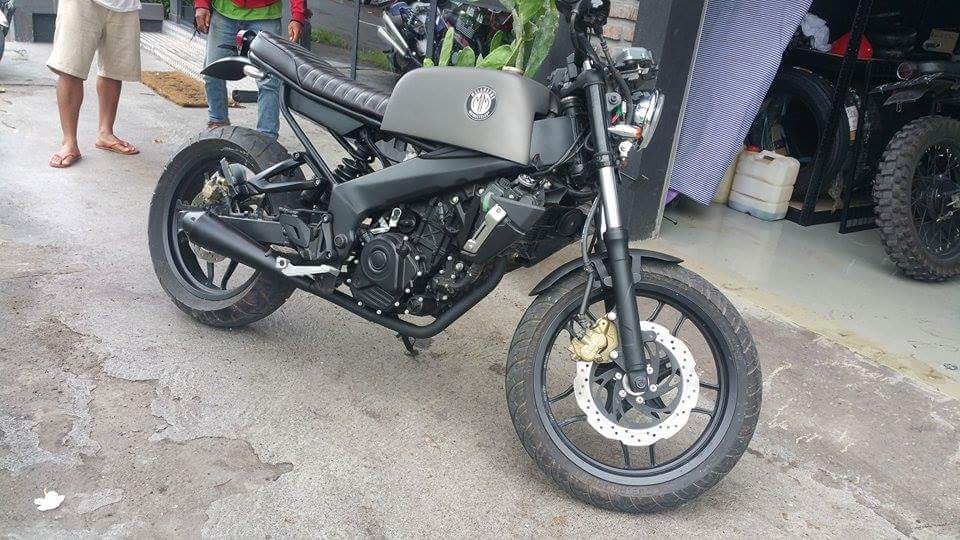 The entire bodywork of the donor motorcycle has been stripped away, and sprinkled with minimalism. Up front, the Pulsar’s contemporary bikini fairing has been scrapped for a retro themed round headlamp setup, leaving the original instrument console stay exposed. The naked frame is now capped with a fuel tank that’s pretty much a mound of matte grey. Following the tank is a ribbed seat, one of the elements associated to the neo-scrambler palette, along with the minimalist tail piece, with its small lamps and that sheet of mudguard. The front mudguard from the Bajaj has also taken a walk, and has been replaced with a skimpier, less sophisticated one. 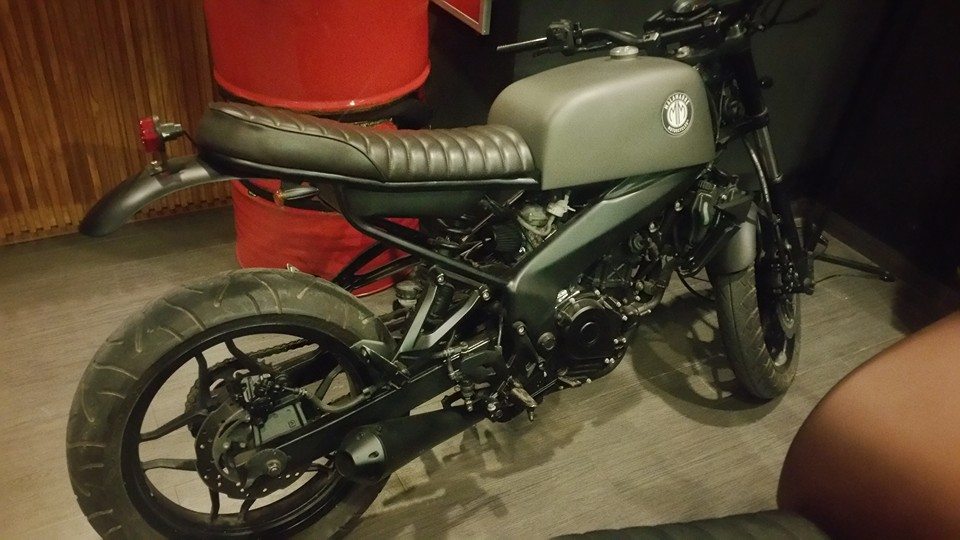 The stubby exhaust from the original has been substituted with a straighter, blacked out pipe which looks pretty neat. From what can be seen, the rear get some fatter rubber too. Finally, rounding things off is an all-black  paint scheme on all the cycle parts apart from the tank. Mechanically, the 199.5 cc motor in the Indonesian Pulsar 200 NS is good for 23.1 PS and 18.3 Nm in stock, carburettor breathing form, although it isn’t clear if go-faster mods have been made on this particular example.