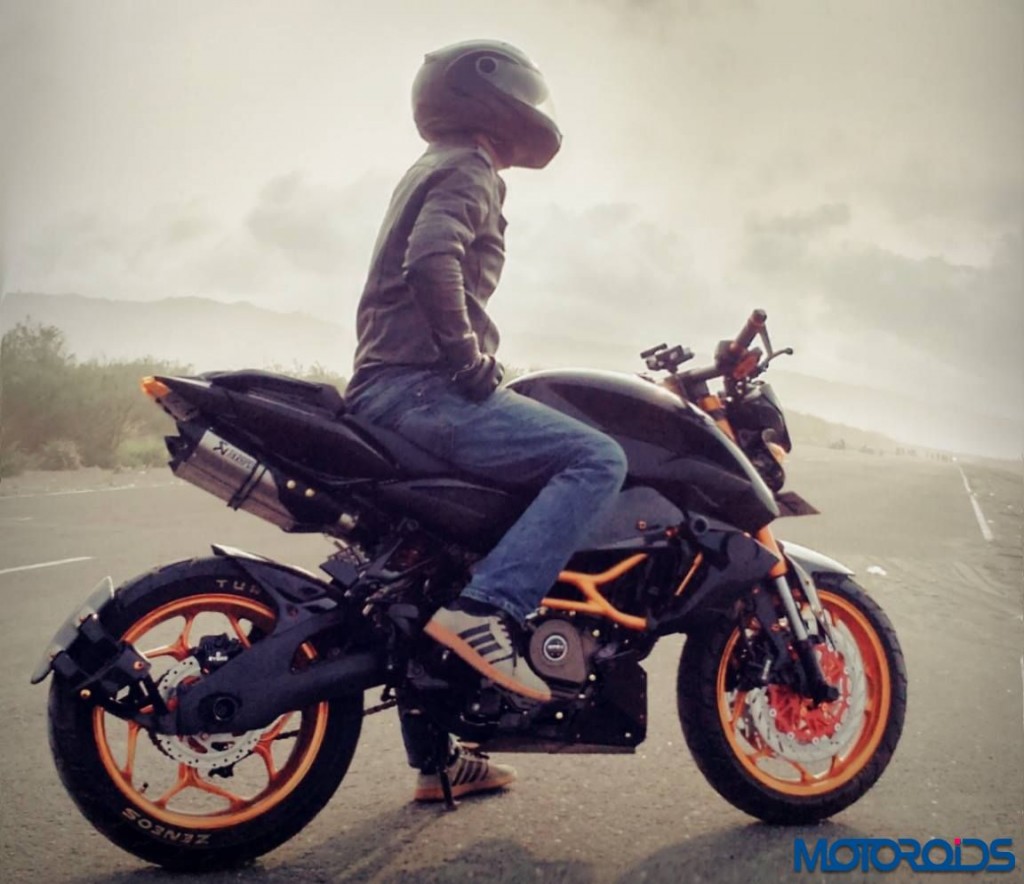 Some Bajaj Pulsar 200NS motorcycles have seen radical changes in terms of cosmetics and performance upgrades but this particular machine from Judho Pralistyo, one of the million Motoroids followers, is few of the finest and well-executed mod-jobs that we have seen till now.

The overall design gets a major overhaul with the inclusion of a new, aggressively styled Acerbis headlight which performs the illumination task while audaciously improving the aesthetics. The beefy, golden painted upside down forks perform the shock absorption duties instead of the conventional factory installed setup. The stock clip-on handlebar has also been replaced by a naked roadster style single-piece custom made handlebar while the conventional mirrors have been exchanged for bar-end mounted units. 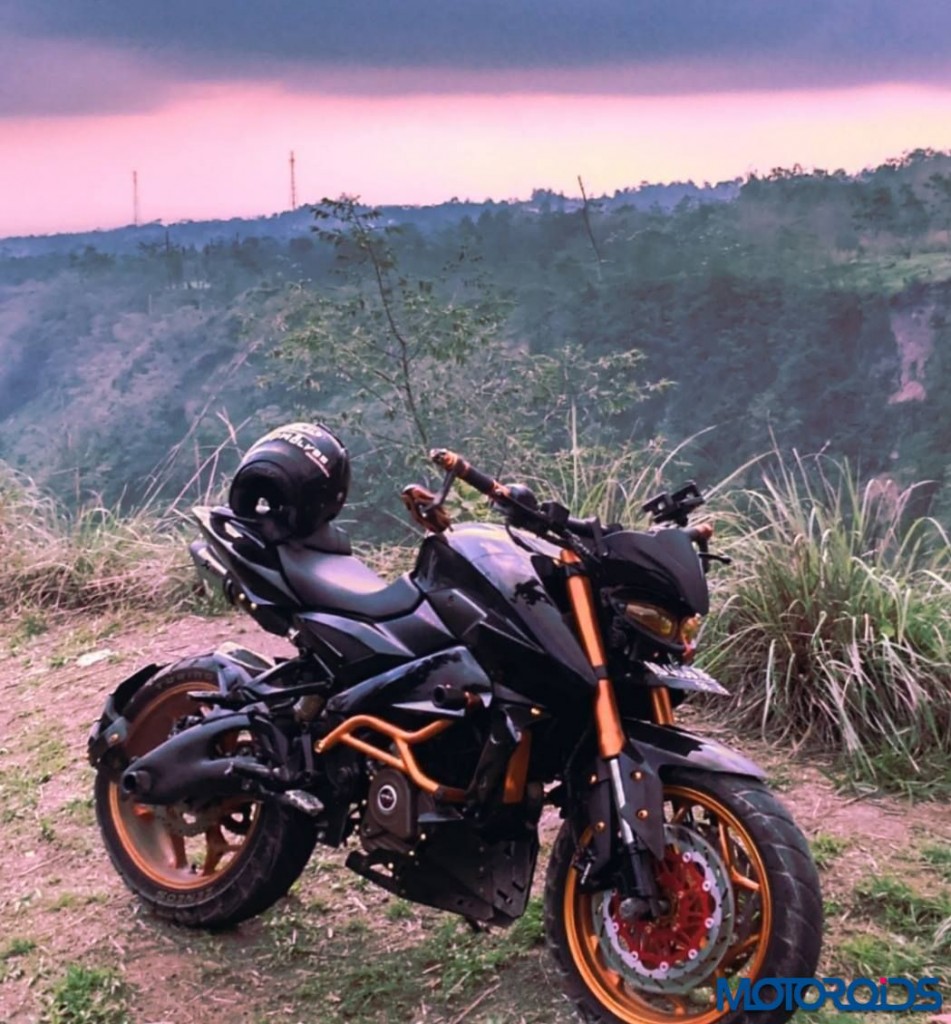 The orange painted Velg wheels from Axio come wrapped in Indonesia made Zeneos Turino tyres and compliment the black paint scheme of the motorcycle. The factory installed single disc upfront is upgraded to a twin disc brake setup which should improve the braking performance. The three-spark plug 199.5cc power plant is crash protected by a custom made turbular frame and crash bobbins while mud and pebbles are tackled by a tailor-made engine underguard. The radiator side panels too have been updated. The stock exhaust has been thrown out of the window for a underseat Akrapovič double muffer.

Pralistyo did not exactly share the total expenses incurred for this mod-job but said that the total budget would equal the price of a brand new Pulsar 200NS. But we wouldn’t mind paying that amount of money for something that looks so delicious and tempting as this 200NS.

Do share your views about this customised Pulsar 200NS with us through the comments section below.