We’ve heard a number of stories where random, camera slinging exotic car fans have crossed the limits just to see and click their favourite machine. Aggressive car spotting, a malpractice witnessed across the world sends shivers down the spine of exotic car owners, for even the smallest of scratches calls for a lot of zeros in the repair bill. The elite class of super-car owners in India is no exception, with one recent incident captured on video bound to leave you with cuss words and expletives to say the least.

The incident we are talking about here occurred in the city of Bengaluru, where one random guy riding his cycle with earphones plugged in chose to give the owner of the Huracan the fright of his life. Coming dangerously close to the customised Lamborghini Huracan, the owner’s quick reflexes were enough to save his precious ride. The trouble didn’t seem to end here though. Going further down the road, this cyclist dodged a few super-bikes before he almost ran into two elderly pedestrians while making another attempt to come close to, and see the Huracan. 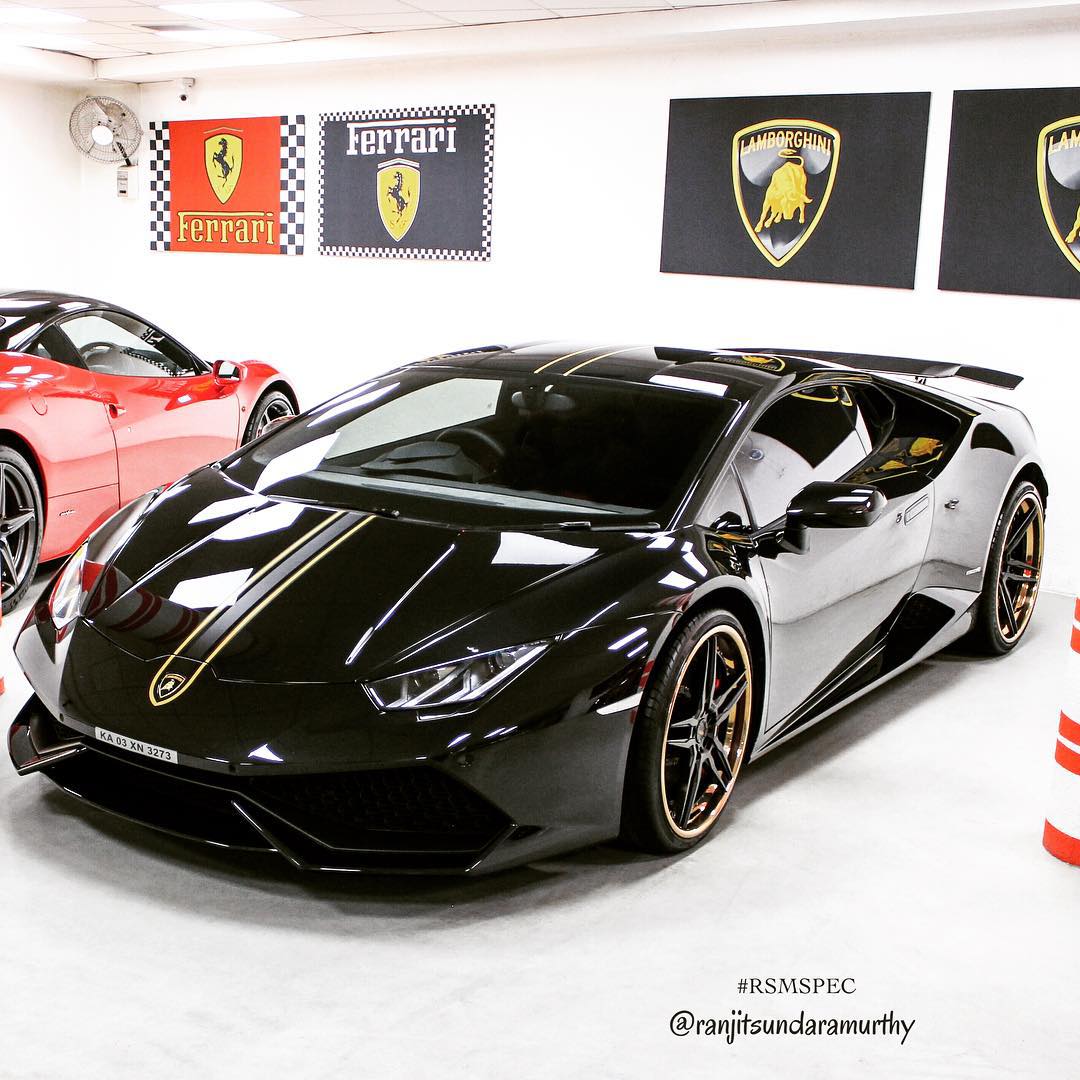 For those of you who are not familiar with this Huracan RSM 650, let us tell you that the model features a number of modifications such as Novitec Torado spoiler, a Fi Exhaust system, a BMC air filter, a transparent engine cover and ADV.1 rims. The BMC air filter helps the stock engine produce an additional 40 hp over the standard output. This particular Huracan also shares garage space with a Ferrari 458 Italia, a 700+ bhp Ferrari 488 GTB, and a Porsche 911 (991) Turbo S.

Following is a video of the said incident: