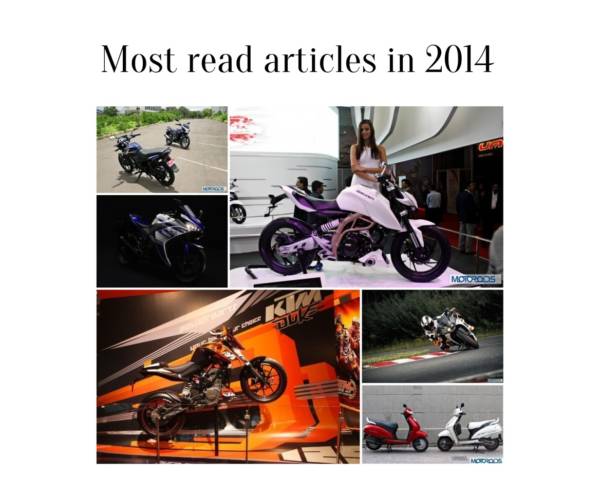 It’s no secret that we earn our livelihood from the clicks and support of our audience. Some stories grab more attention than others so we compile a list of 20 motorcycle articles that connected most with the audience and made it to the top read list on Motoroids. 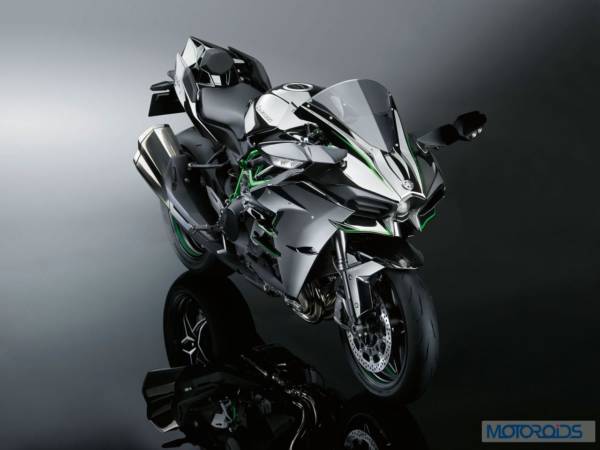 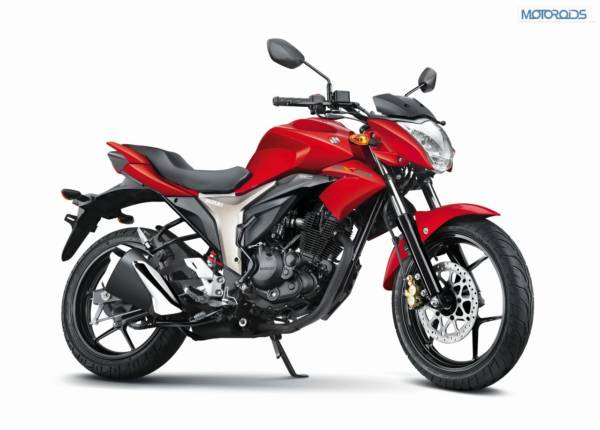 Suzuki Motorcycle India Limited (SMIL) unveiled a brand new 155cc motorcycle with the name Gixxer. While we are used to using the name Gixxer for Suzuki’s liter class GSX-R, the Japanese bike maker found it apt to use the SBK name for its new small motorcycle for India. Read complete article here>>> 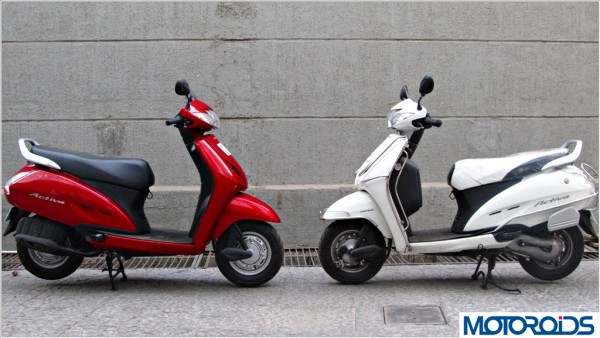 When it comes to the automatic scooters segment, the Honda Activa needs no introduction. It has been enjoying the lion’s share in the Indian scooter market for more than a decade now. Similar to the TVS ‘Scooty’, the term ‘Activa’ has become synonymous with the automatic scoot resulting in great brand recognition and resale value – the waiting period is another shocker. Read complete review here>>> 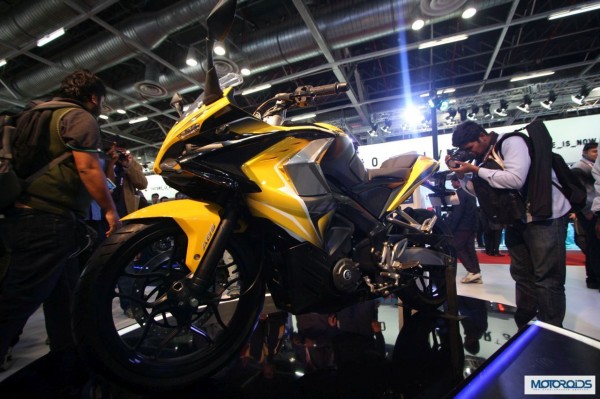 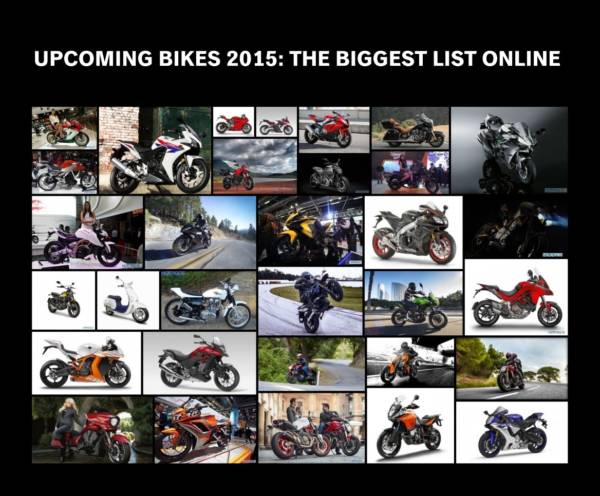 This is the time to raise an expectant eye towards the coming year, and turn our thoughts towards all the mean metal coming our way soon. We compiled an exhaustive list of upcoming bikes for India that are expected to debut in 2015. Read complete story here>>> 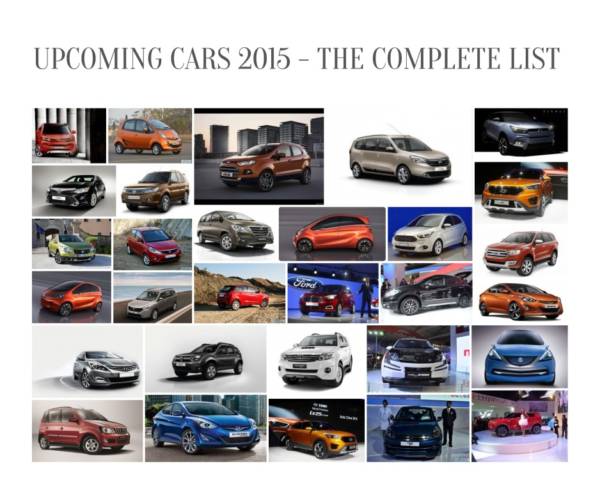 Year 2015 is going to be a blockbuster year for car enthusiasts. Indian car market is all geared to witness the launch of more products than it has ever seen in a single year. In what is possibly the biggest online list of upcoming cars in India for 2015, we have put together more than 60 products here. Read ahead for complete story>>> 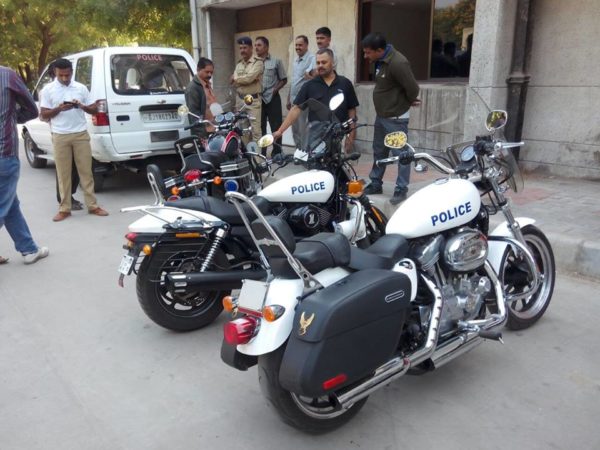 It’s not just the citizen, but also the law and order protectors who are witnessing some really good days. Gujarat police will soon receive a fleet of Harley-Davidson motorcycles. Two Harley-Davidson motorcycles, the Street 750 and the SuperLow, painted in white colour and laden with accessories like a warning light, a siren and a wireless communicator were spotted earlier this month. Read complete story here>>> 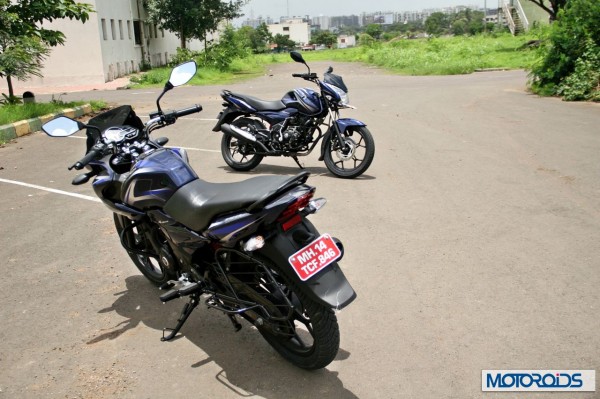 Discovers in various avatars have swung by ever since Bajaj introduced them way back in 2004. Since then, Bajaj has been at it, tinkering the Discover over time to suit rapidly changing tastes of the commuting class. The new Discover 150 twins are Bajaj’s new jab at the premium commuter segment, and now form the flagship of the Discover lineup- the range now starts with the 100T and these new 150 twins top it off. Read full review here>>> 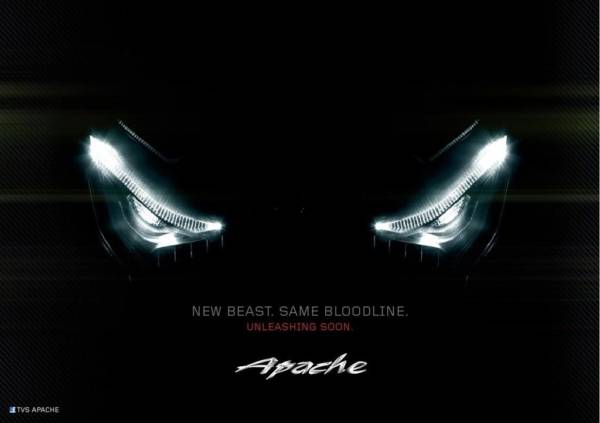 Indian two-wheeler market has been witnessing a rise in the number of products sold in the country as more and more global players are entering the scene. But what about local manufacturers? Big surprises are awaited from TVS as the Indian two-wheeler maker has joined hands with BMW Motorrad. Moreover, the company also displayed some smashing models like the Draken-X21 and TVS Graphite which attracted audience at the 2014 Auto expo. So we compile a list of products that are likely to reach the showrooms in India in 2015. Read complete story here>>> 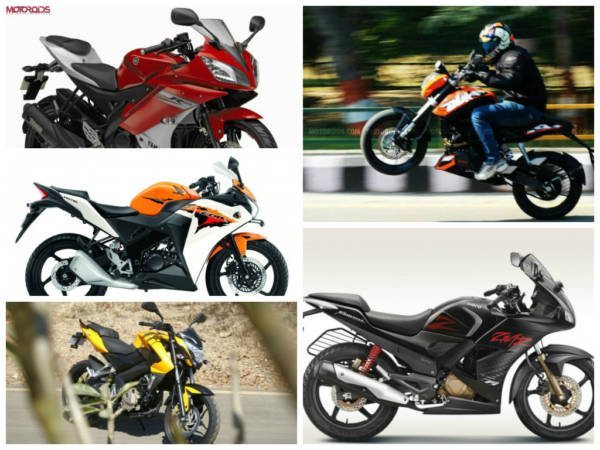 If budget isn’t a constraint, you can buy anything from a 50 cc moped to an exquisite, hand-made Italian machine. However, sometimes there is a limiter on how much we can spend on the things we want or need. So you could be in the market for a performance motorcycle and all you want to part ways with is nothing more than a hundred and fifty thousand Indian rupees. Allow us to help you with the dilemma then, as we list the Top 5 performance motorcycles you can buy in India which cost under 1.5 lakh INR. Click here to read more>>> 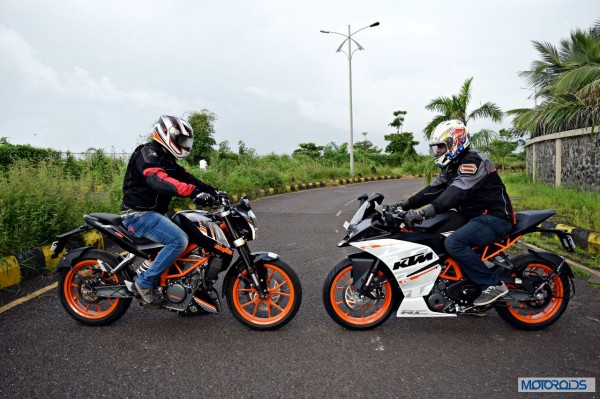 The RC390 is epic- no two ways about it! But it’ll always have the Duke 390 hiding in its sharp shadows. With both bikes priced competitively and close to each other, there’s a big dilemma brewing in the minds of motorcycling enthusiasts who have a couple of lakhs and some change lying around- which fiery KTM to put money down on? Read complete article here>>> 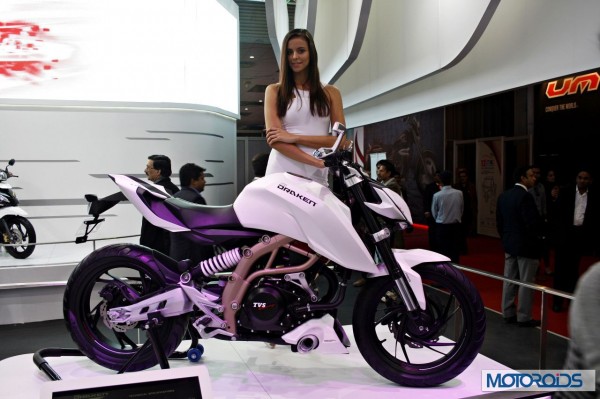 As it has done previously, TVS has once again shown an interesting concept at the Auto Expo. Unfortunately with TVS these concepts which look extremely interesting as show machines, never hit production. The TVS Draken is another such concept motorcycle, which looks exciting but doesn’t have any surety of hitting production. Read complete story here>>> 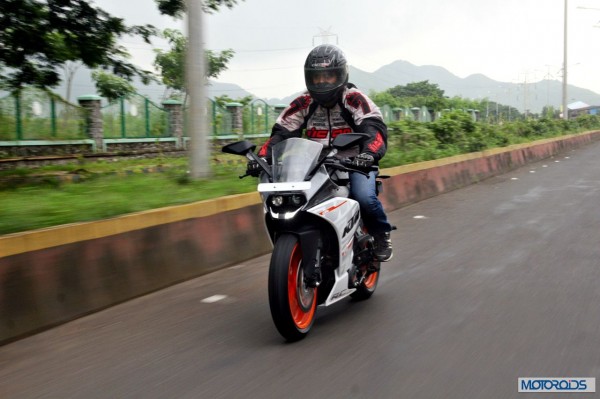 The RC390 exceeded our expectations, and our heartiest congratulations to Bajaj and KTM for achieving the feat. And we are not averse to letting you know that right in the beginning of this review, as most of us knew it was inevitable. Join us for the amazing ride, in the following pages. Read full review here>>> 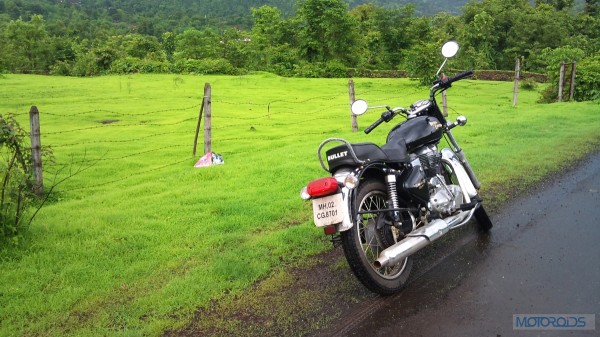 There are many few places in the world which can boast of an extensive coast line, a sandy desert, dense forests and some of the tallest mountain ranges, all encompassed within one nation. This rare diversity in India is peppered with people who speak different languages, within the span of a few kilometres. The abundant flora and fauna and such vistas are best experienced on nothing else, but a motorcycle. Read complete story here>>> 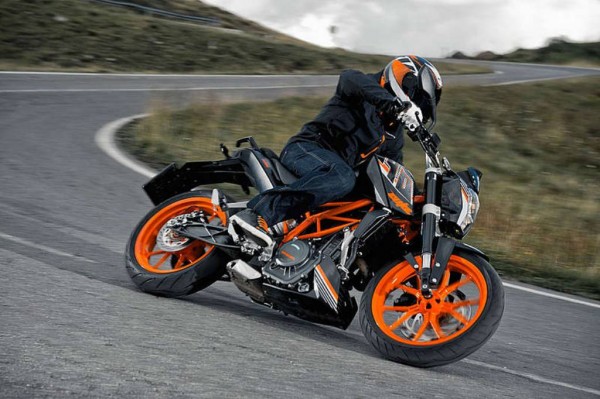 The KTM Duke twins have transformed the biking scenario in India in many ways. They offer international styling, dynamics and most importantly, stunning performance, at an unbeatable price. The power packed twins have almost zilch competition in terms of power-to-price ratio. While the Duke 200 is a short geared 25 bhp hooligan, its elder brother, the Duke 390 packs 43 Arabian Stallions in its single cylinder engine. We’ve tried to list a few modifications which will make you the Duke of Powerburgh. Read complete story here>>> 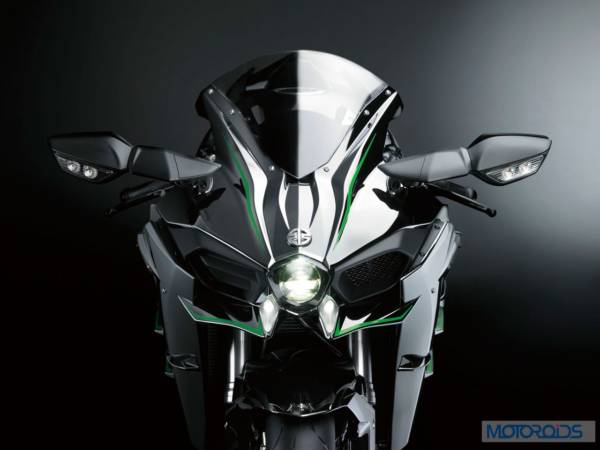 The numbers are out for the much awaited Kawasaki Ninja H2. A member from the Ninja H2 forums claims to have got hold of insider information on the new Ninja H2’s engine specifications. Read complete story here>>> 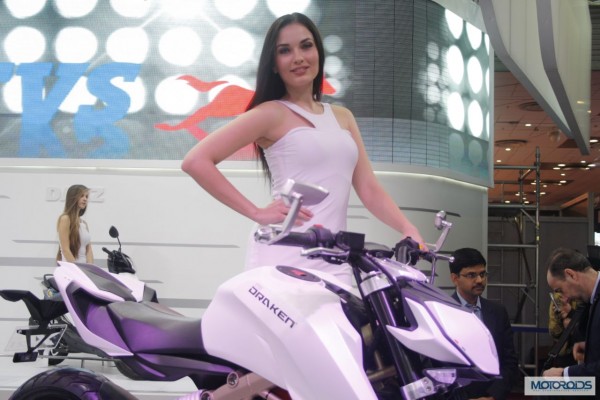 While this year’s expo brings along many new vehicles, there are some of them that have managed to caught our, and everybody’s, attention a bit more than others. Based solely upon the popularity of some such models, gauged by the number of visitors landing on our pages, we have come up with a list of Top 10 bikes at Auto Expo 2014. Read complete story here>>> 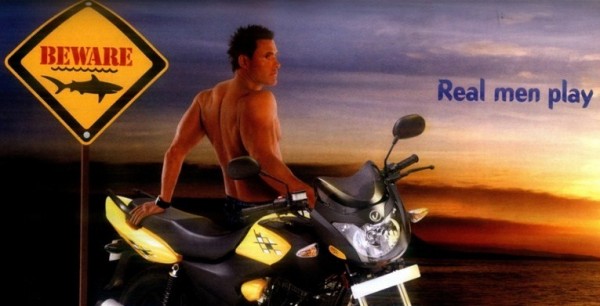 Some motorcycles just don’t have it their own way. What we have here is a list of some ugliest bikes that went on sale in India. Read complete story here>>> 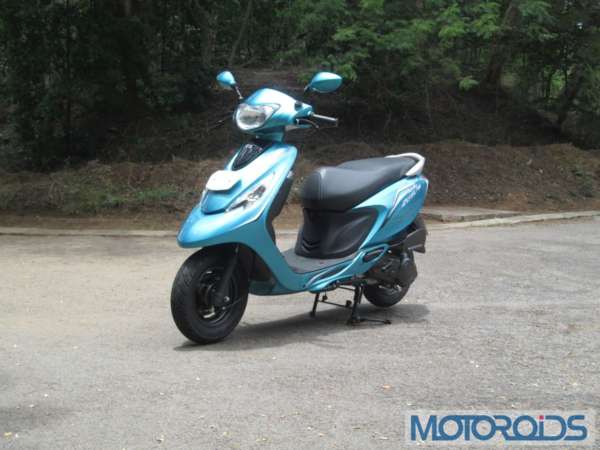 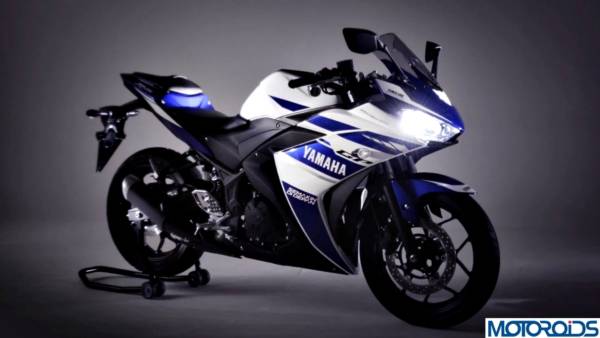 Yamaha Indonesia has officially revealed the much awaited R25 sportbike internationally. The new 250cc machine, which features a parallel twin engine and 36PS of power on tap has been launched with a price tag of INR 2.7 lakh in Indonesia, or about 53 million Indonesian Rupiya. You read that right, so devalued is their currency. Read complete story here>>> 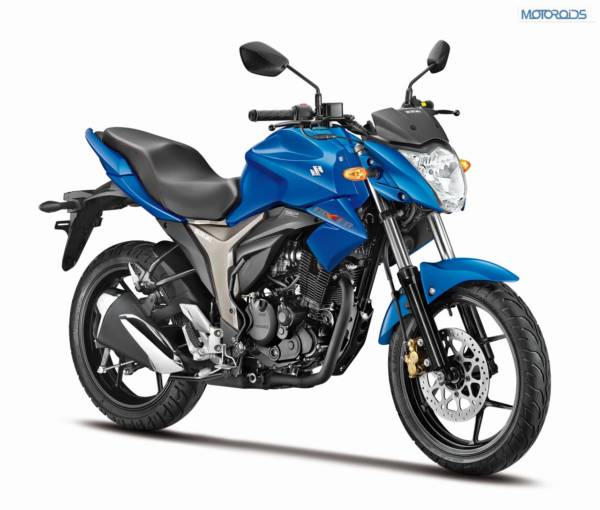 Stay tuned to Motoroids for more updates from the world of automotive industry.