Indian two-wheeler market has been witnessing a rise in the number of products sold in the country as more and more global players are entering the scene. But what about local manufacturers? Well, Hero MotoCorp shocked everyone at the 2014 Auto Expo by revealing some really futuristic new products that are likely to hit the market soon. Bajaj too gained a lot of attention with its bigger engined Pulsar series.

But big surprises are awaited from TVS as the Indian two-wheeler maker has joined hands with BMW Motorrad. Moreover, the company also displayed some smashing models like the Draken-X21 and TVS Graphite which attracted audience at the 2014 Auto expo. So we compile a list of products that are likely to reach the showrooms in India in 2015. 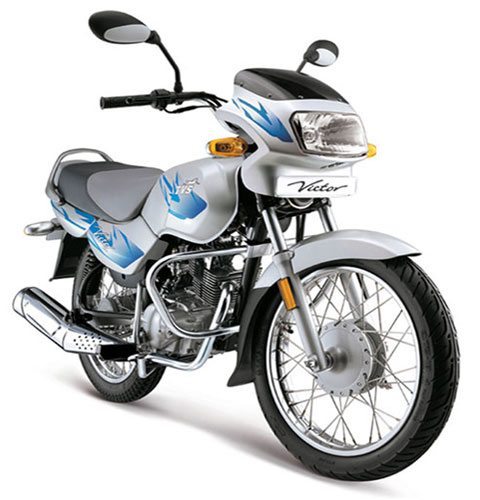 TVS will soon revive its award winning work horse from the early 2000’s, the Victor. Victor was one of the highest selling motorcycles of its time and it was quite a surprise to see such a successful product going off the shelves. However, things are about to change soon as the Victor will make a comeback in a new avatar and with a new engine. TVS confirmed the arrival of the 2014 Victor at the launch event of the Star City Plus. To keep up with the changing times, we expect TVS to load the new Victor with a 125cc engine, offering a bit more power than your bare basic commuter. The engine is likely to be borrowed from the TVS’s 125cc motorcycle, the Phoenix. So 125cc single pot motor would put out 11 bhp of power and 11Nm of torque. The new Victor may also receive a semi-digital instrument cluster. 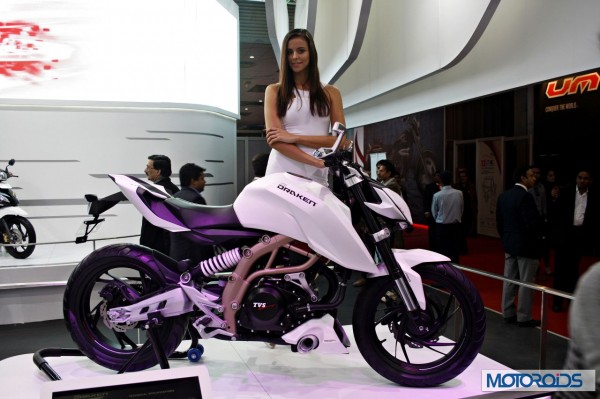 The Draken-X21 concept titillated the visitors at the TVS exhibit during the 2014 Auto Expo, not just because of the beautiful model standing next to it, but also because of its radical design and the yummy engine specs claimed by the company. TVS Motor Company’s R&D team calls the Draken a ‘thoroughbred naked bike with aggression and attitude’. The Draken-X21 is supposedly powered by a 250CC short-stroke, liquid-cooled race derived engine that is expected to put out about 39hp of power and 23Nm of torque. The engine is expected to be mated to a 6 speed transmission. The braking power will most likely be provided by front and rear disc brakes that would come equipped with ABS. The new motorcycle is also supposed to feature an under engine exhaust which, according to TVS, will provide better power figures without hampering the fuel efficiency. Other features that are likely to make it on the Drakex-X21 are aluminium trellis frame and mono suspension at the back in its production form – if hits the production line at all, that is. 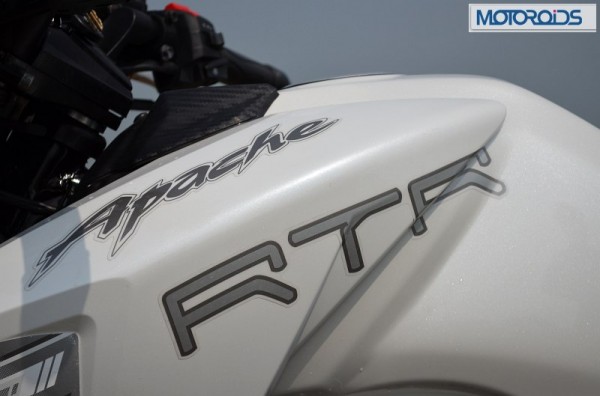 TVS is expected to take the performance of its Apache motorcycle series a notch higher with the introduction of the 250cc version. The Apache 250 could be based on the Draken-X21’s design philosophy and may receive certain mechanical bits  from the concept motorcycles well. The engine may also be borrowed from the Draken-X21. But we feel that the engine on the Apache 250 would have a much lesser peak power than the Draken, to keep the engineering & production costs low and efficiency figures high. The Apache 250 is also likely to get the Racing Throttle Response (RTR) branding like its younger siblings. It wouldn’t be too optimistic to expect an ABS system, fuel injection and 4 valves per cylinder either. Will it also get a faired version? We feel that it would be a good idea to also add a fully faired version to mix to compete against the KTM RC200 and Honda CBR250R. 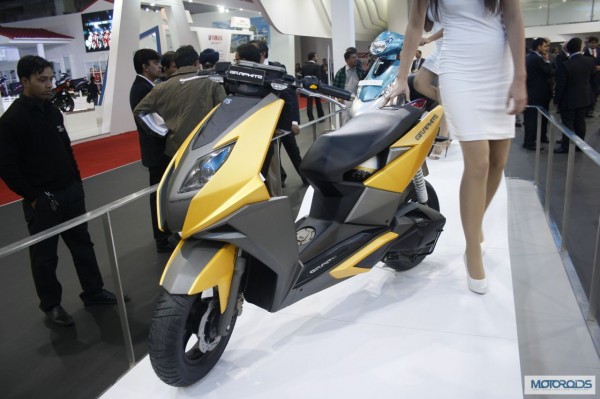 TVS also showcased an asymmetrically styled, fancy looking scooter at the 2014 Auto Expo. The TVS Graphite, as it was called, was inspired by stealth military aircraft engineering according to the good blokes at the Indian two-wheeler outfit. TVS says that ‘It’s (Graphite’s) class leading sports performance and handling is an upshot of the rich legacy of TVS Racing’. The list of promised features includes automated manual transmission technology (AMT) with paddle shift, inbuilt immobilizer, smart electronic keys and LCD console display. We expect TVS to introduce a premium, performance oriented scooter based on the Graphite platform which will appeal to the younger audience who like form with functionality. 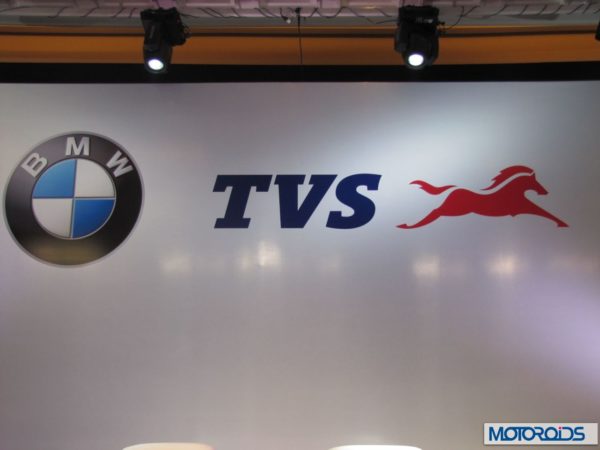 TVS, in partnership with BMW Motorrad, will also introduce premium motorcycles in the 350cc-500cc segments. Although reports did emerge earlier about an end-2014 launch of the TVS-BMW motorcycle, nothing officially has been announced by company yet. We would still expect a flagship motorcycle with great performance and a competent price tag to emerge from this promising alliance sometime next year.