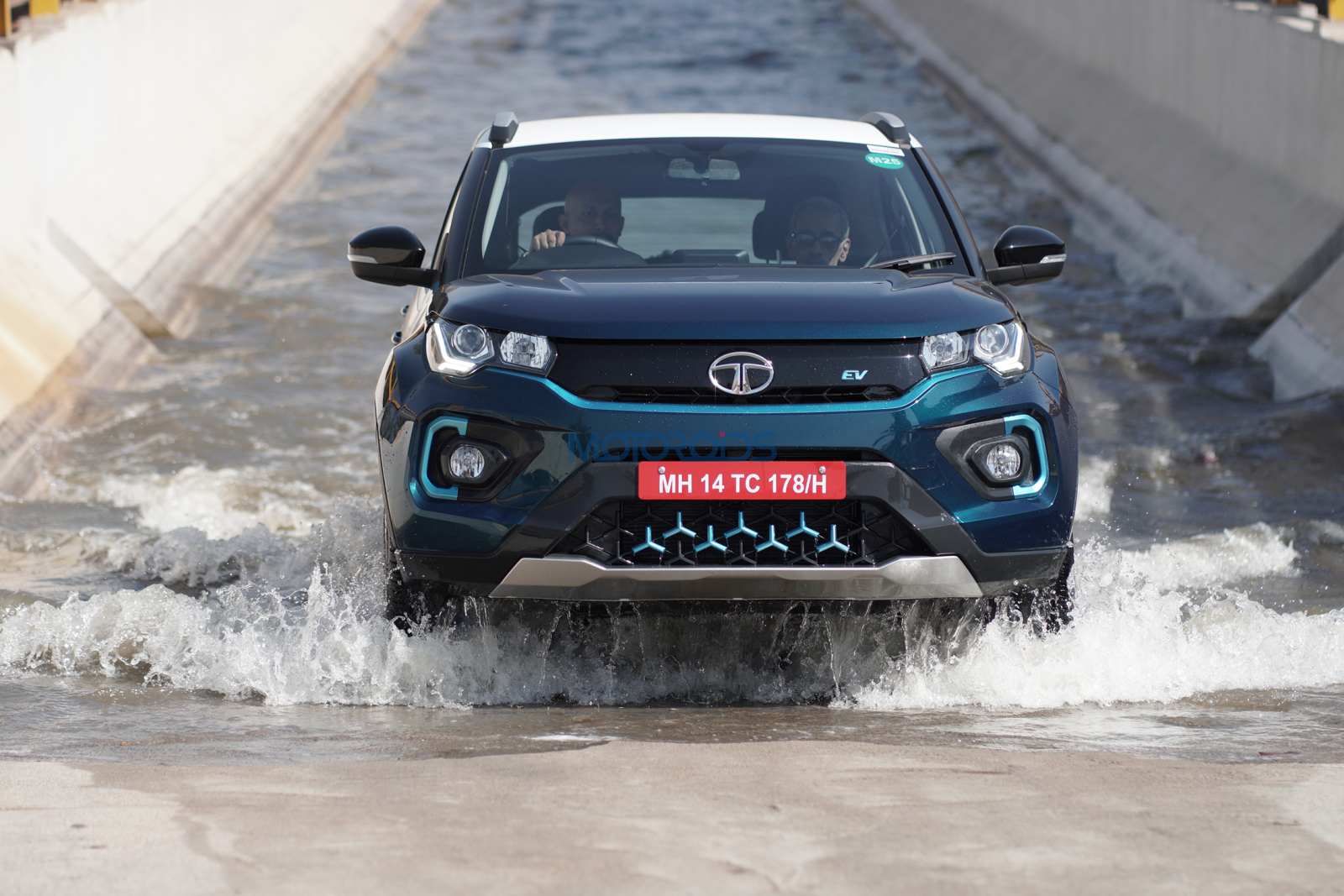 If you were paying attention during science class in school, you would know that electricity and water is a bad combination. Since most of us are good at adding two plus two, we tend to think that the principle applies to everything out there that is powered by electricity, including electric cars.

But since a motor vehicle must operate outdoors in all kinds of weather, it cannot afford to be a garage queen when the heavens break out. Touted as the technology which will replace internal combustion engines for good, electric mobility must have an upper hand over the technology it replaces, in every department. So if the thought that electric vehicles would be no good on our waterlogged streets has ever crossed your mind, busting those myths through this article today is Mr Anand Kulkarni, Product Line Director – Electric Vehicle & ALFA Architecture – Passenger Vehicle Business Unit, Tata Motors Ltd.

Electric vehicles have an (Ingress Protection) system. A typical IP rating in an electric vehicle could be IP65 or IP67, depending on the vehicle. Here, the digits represent their protection against the two elements – dust and water. Thus, the higher the number, the better is the protection against these two elements. Modern-day Electric vehicle batteries have an IP67 rating. This is quite adequate as anything past IP67 is used generally for specialized equipment such as submarines, etc. An IP67 rating allows you to submerge the vehicle in water up to a meter in height for up to 30 mins without any leakage.

Thus, in a situation where the car needs to encounter waterlogging or a flood-like situation, which is usually about 300 mm wading depth, one does not have to worry about damage to the terminals, connectors and high voltage architecture of the vehicle. Additionally, driving an electric car into a pool of water doesn’t cause any malfunction, and doesn’t conduct electricity into the water around the vehicle. All systems inside the battery pack have multiple layers of protective cutoffs which activate at the first sign of water ingress. The main battery pack also has the ability to isolate itself electrically from the rest of the car.

Myth 2: Electric Vehicles are more susceptible to damage in case of lightning 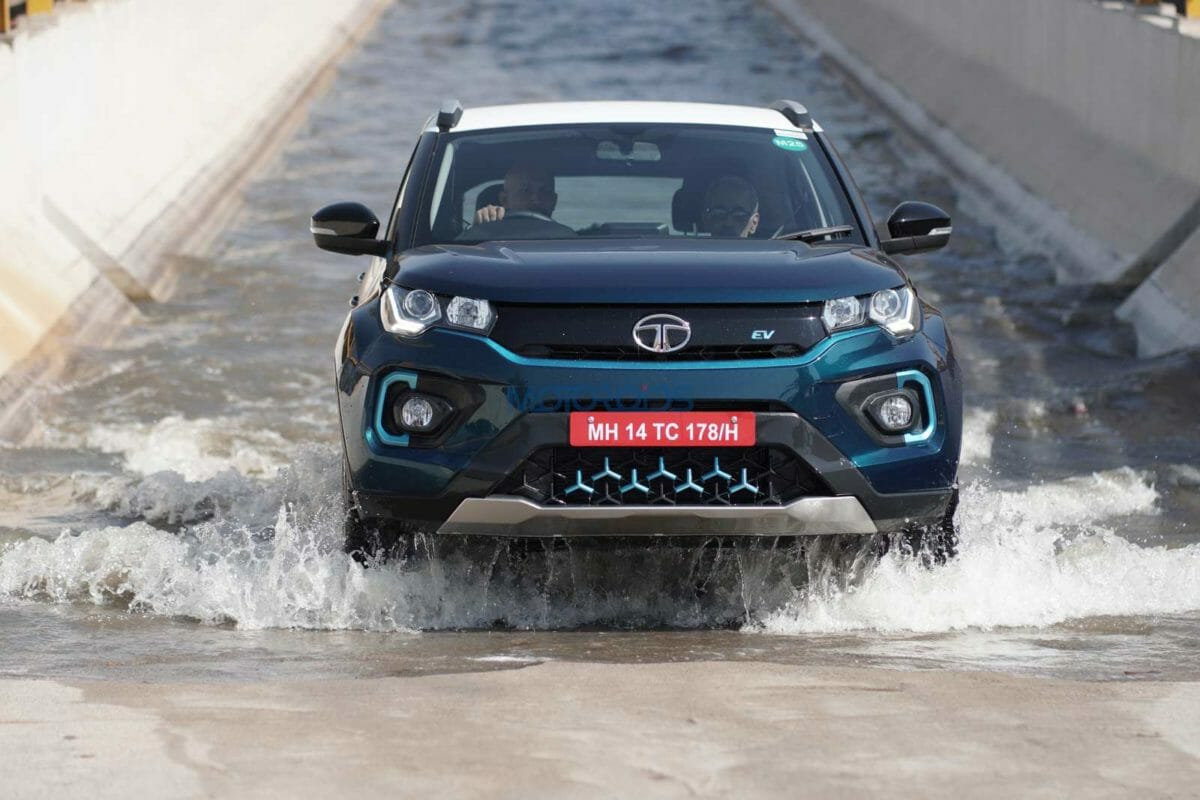 Sometimes, monsoons also bring along untimely occurrences of a thunderstorm. A lot of people worry about the effect that lightning could have on an electric vehicle. However, the truth of the matter is, you probably might be safer in a car if lightning were to actually strike the vehicle. The rationale behind this is that when a bolt of lightning hits a car, it hits the exterior which is a metallic surface. Now, because of the electromagnetic effects on the skin of the vehicle, the current would actually pass down safely into the ground. This is known as the Faraday Effect. An NHTSA report also compared exactly the same kind of situation and it reported that Electric vehicles are by no means at a higher propensity to their ICE siblings. In fact, they are comparatively lesser prone to any damages, in case lightning strikes.

Myth 3: Charging an Electric vehicle when it rains is dangerous 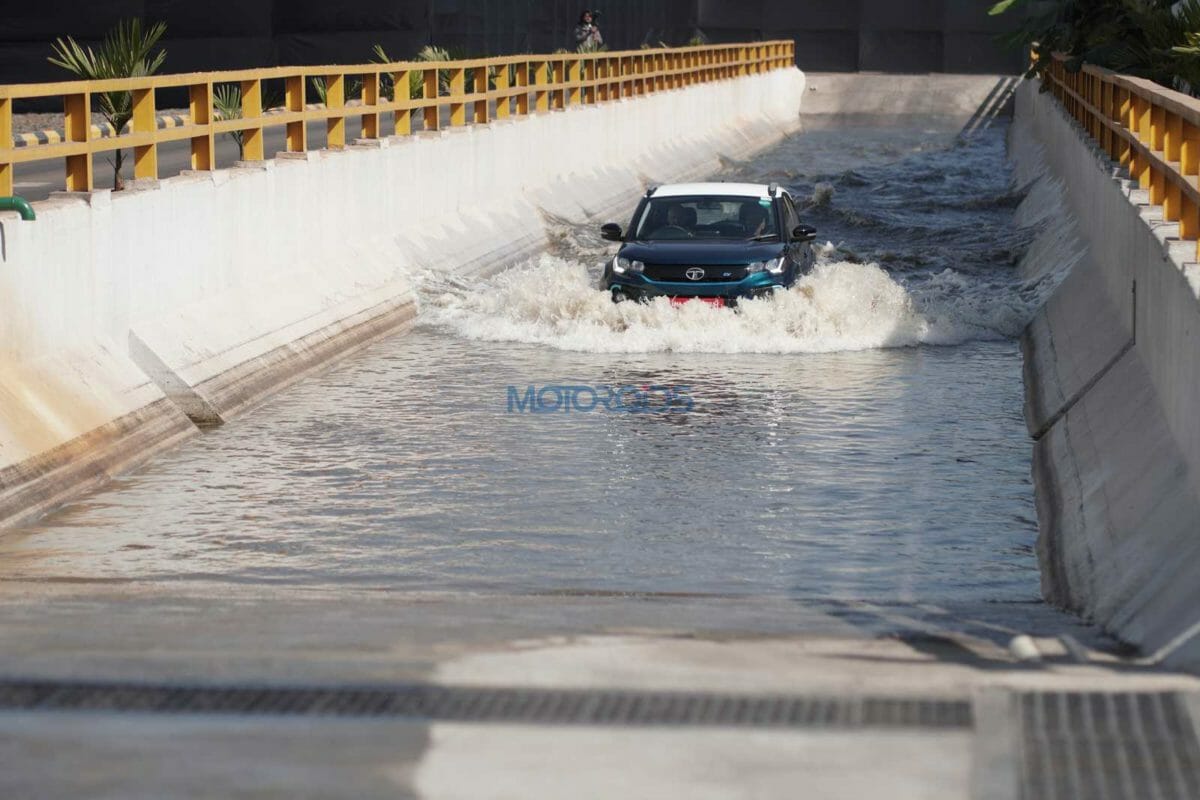 The fear people have about charging an electric vehicle in the rain is because we know that water conducts electricity. However, fortunately, electric car chargers are weatherproof and are specifically designed to protect both the car and its users from electrical shock. Electric vehicle chargers are also rigorously tested and have to meet certain standard safety norms. Furthermore, waterproofing electrical connectors, as well as any other electric equipment, is pretty routine.

An Electric vehicle does consume a lot of energy while using ancillary components like the air conditioner, lights, etc. Thus, in the monsoon, the use of windscreen wipers, defoggers or evenhead/tail lamps will have no noticeable effect on the range. The electrical consumption from these ancillaries is already factored in while designing the battery pack. Electric cars have been made and tested to withstand the most adverse conditions and are as competent as their ICE siblings. As more and more users experience an electric vehicle, the probability of misconceptions and myths surrounding them will decrease.

Also Read: Tata Nexon Electric – All You Need To Know

So if you’ve harboured any thoughts until now that electric vehicles are like fair-weather friends, you now know that they will stand by you when the skies go grey and the clouds begin to lose their heft.