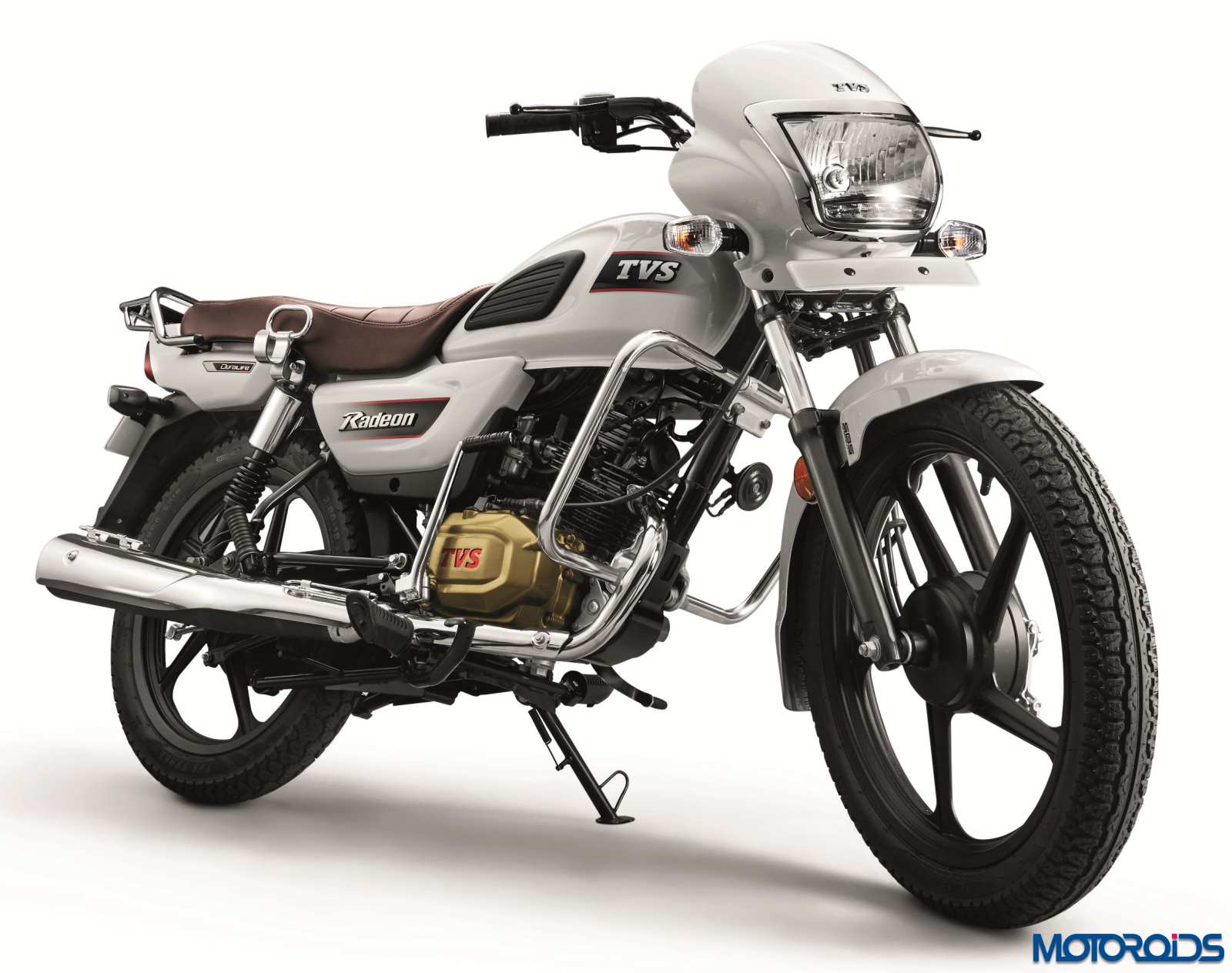 For those who wish for a little extra from their everyday commuter bikes, a new 110cc formula has been working out quite well for manufacturers and buyers alike. These bikes are designed to appear more stylish and upmarket in comparison to their 100cc siblings. Also, that minor bump in cubic capacity adds some zing to everyday rides, without compromising on efficiency. So if you’ve been after one such bike, we’ve listed down all the 110cc bikes currently on sale in India. 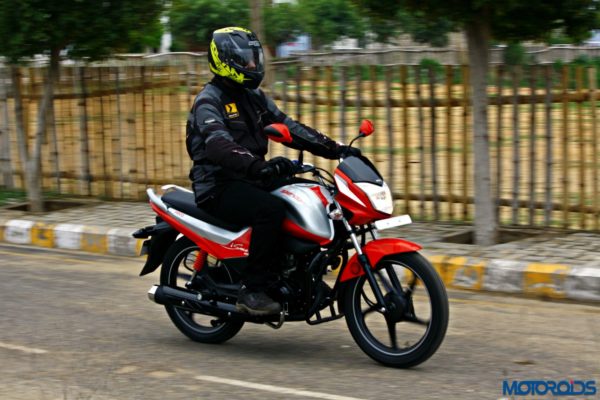 The Hero Splendor iSmart 110 is Hero’s breadwinner in the 110cc segment. The bike looks modern, efficient and is decently powered. This was the first motorcycle that Hero developed after their split with Honda. The motorcycle is powered by an air-cooled, 109cc, single-cylinder engine which is rated for an output of 9.3 bhp and 9 Nm, all mated to a 4-speed gearbox. In terms of efficiency, the Splendor iSmart 110 is rated for company tested mileage of 75kmpl. 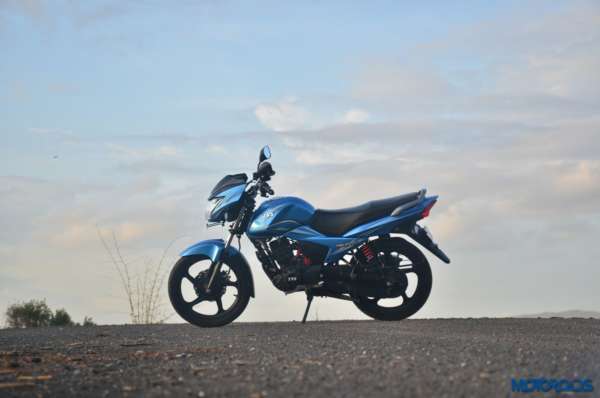 The TVS Victor is known for its reliability, fuel efficiency and modern design ever since the time it was first launched. The motorcycle is powered by an air-cooled, 109.7cc, single-cylinder engine which is rated for a power output of 9.4 bhp and a peak torque output of 9.4 Nm, sent to the rear wheel via a 4-speed gearbox. The Victor is rated for the company claimed efficiency figure of 74kmpl. The bike comes loaded with features like electric start, alloy wheels, and a front disc brake. 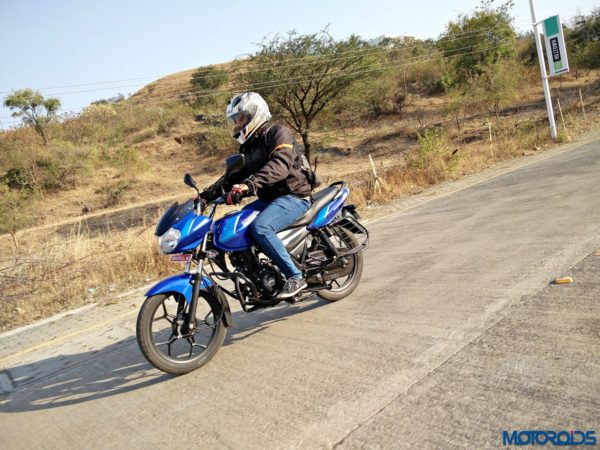 The Bajaj Discover 110 has been recently launched as an upgrade to the Discover 100. The motorcycle gets some modern features like LED DRLs, a semi-digital instrument cluster, new graphics and LED tail lamps. The Discover 110 draws power from a 115.45cc air-cooled, single-cylinder engine which cranks out 8.4bhp and 9.81Nm of torque, all mated to a five-speed gearbox. The Discover 110 is rated for an efficiency figure of 82 km/l! 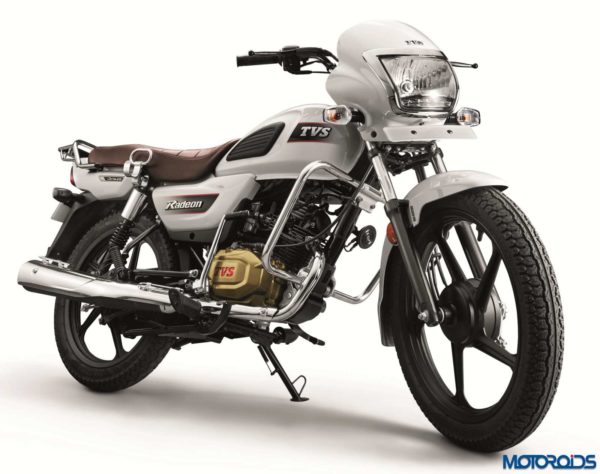 The latest and the newest entry to this list of 110cc motorcycles, the TVS Radeon is one of the most modern and futuristic motorcycles in this segment. The bike comes with features such as LED DRLs, USB charging port, electric start, alloy wheels and segment-first Synchronised Braking Technology. The TVS Radeon is powered by a 109.7cc air-cooled, single-cylinder engine that is tuned to produce 8.2 bhp and 8.7 Nm of torque. The engine comes mated to a 4-speed gearbox. 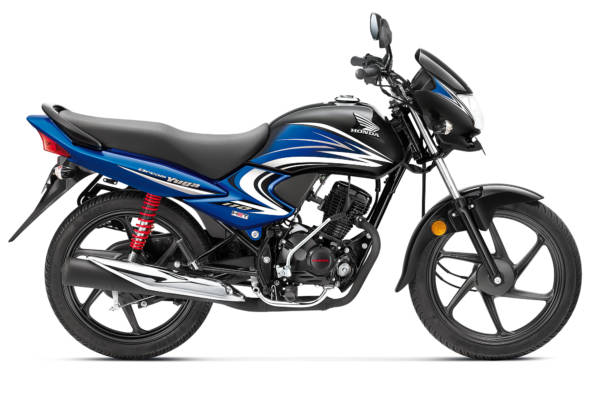 The Dream Yuga is Honda’s answer to the Splendors and the Discovers from Hero and Bajaj’s lineup. The Dream Yuga has been a very popular option amongst people as the Honda engine is known to be one of the most refined engines in this category. It does not come loaded with all the bells and whistles as its competitors, but that engine is what helps it with high sales numbers. The Honda Dream Yuga is powered by the tried and tested, air-cooled, 109.19cc, single-cylinder engine which is rated for a power output of 8.25bhp and a peak torque output of 8.63Nm, all coupled to a 4-speed gearbox. The Honda Dream Yuga is rated for a claimed fuel efficiency figure of 74kmpl. 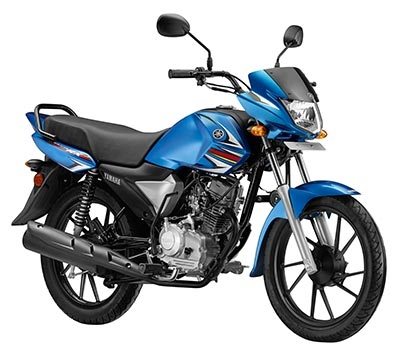 The entry-level motorcycle from the Yamaha’s stable in India is also their only motorcycle below the 125cc category for the country. This bike is not as popular as its other counterparts, but the Saluto RX does come with a company claimed mileage of 82kmpl. The bike loses out on some of the features as compared to its competitors. The motorcycle is powered by an air-cooled, 110cc, single-cylinder engine with a maximum power output of 7bhp and a peak torque output of 8.5Nm. A 4-speed gearbox handles transmission duties. The Yamaha Saluto RX is one of the lightest motorcycles on sale in the Indian market today, weighing in at just 98kg.