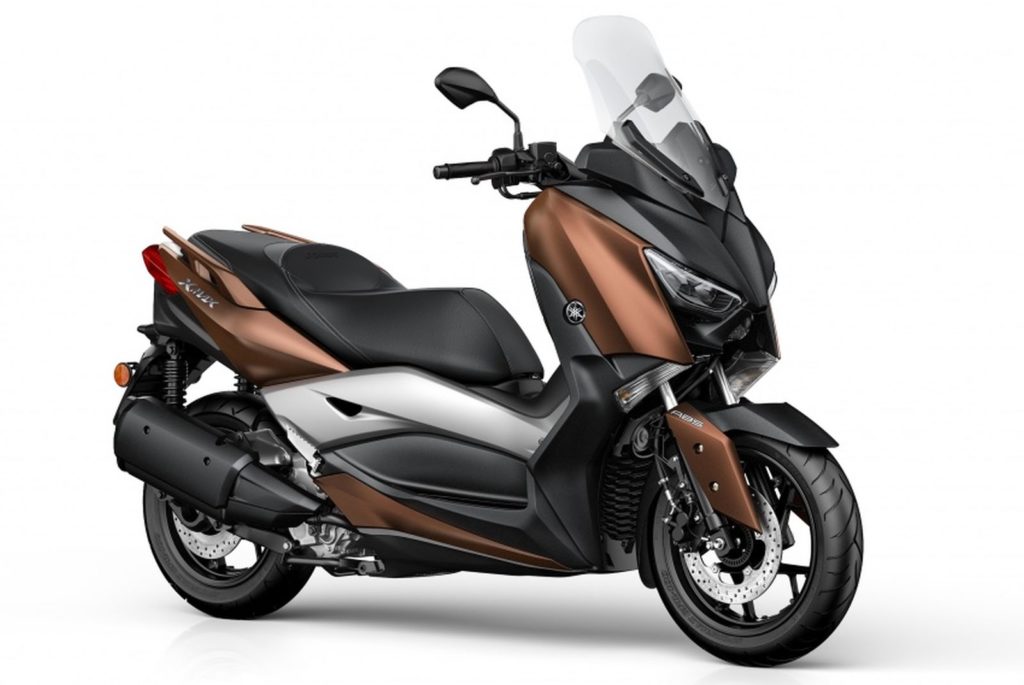 A few days ago, we were talking about the upcoming power scooter from Yamaha that was spotted doing rounds in Indonesia. The spy shots brought in in-depth details of the Yamaha NV-X and the teasers confirmed a lot of rumours. While we are eagerly waiting to see this kick-ass scoot in person, there’s another from the Japanese maker that made a debut on European land. 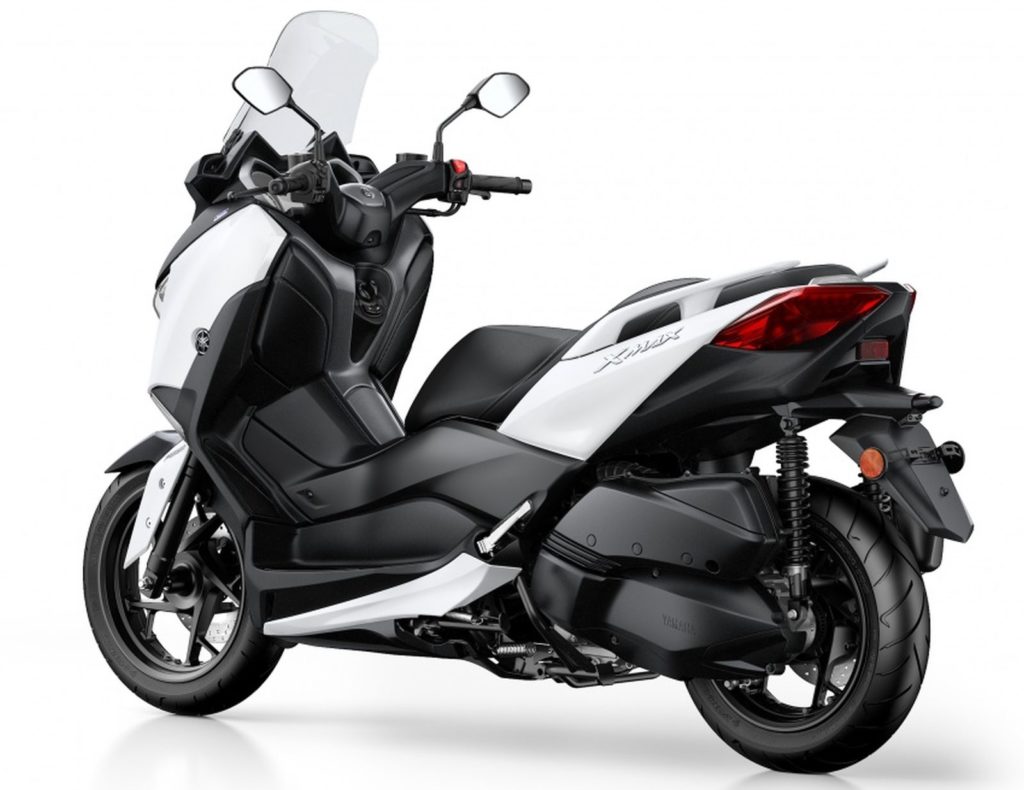 Presenting the 300cc – Yamaha X-Max scooter! And here’s what the maker has to say about it – The XMAX 300 is based on the concept of ‘MAXimize, commuting FUNction’ and is designed as a model to handle global rollout, achieving a harmony between fun riding and practical use.  The premium scooter will be launched in Europe in March next year and will replace the current XMAX 250 sold in the market. Following its Europe launch, the scooter will be launched as a global model and will roll out of the company’s manufacturing plant in Indonesia. 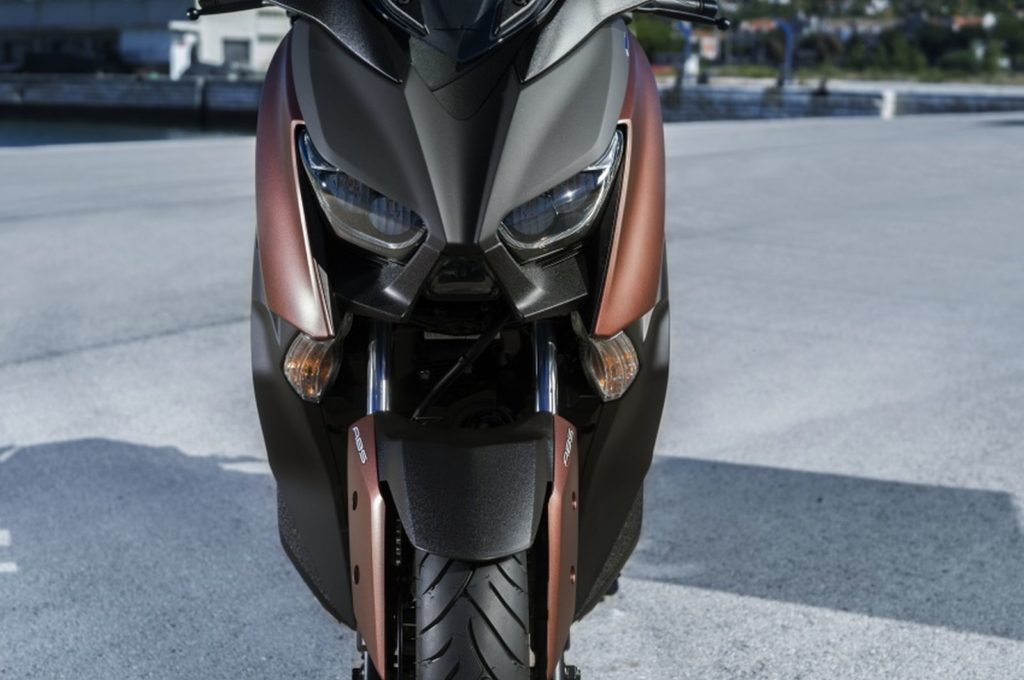 Powering the aggressively styled XMAX 300 is a 292cc single cylinder,liquid cooled, 4-stroke unit. This fuel injected Blue core engine will make 27.6 Bhp at 7,250 rpm and a peak torque of 29Nm at 5,750 rpm. The power will be pushed to the rear wheel by a V-Belt automatic transmission system.  The front will be assisted by telescopic forks and the rear will get unit swing suspension system. Braking duties will be performed by a hydraulic single disc at each end. 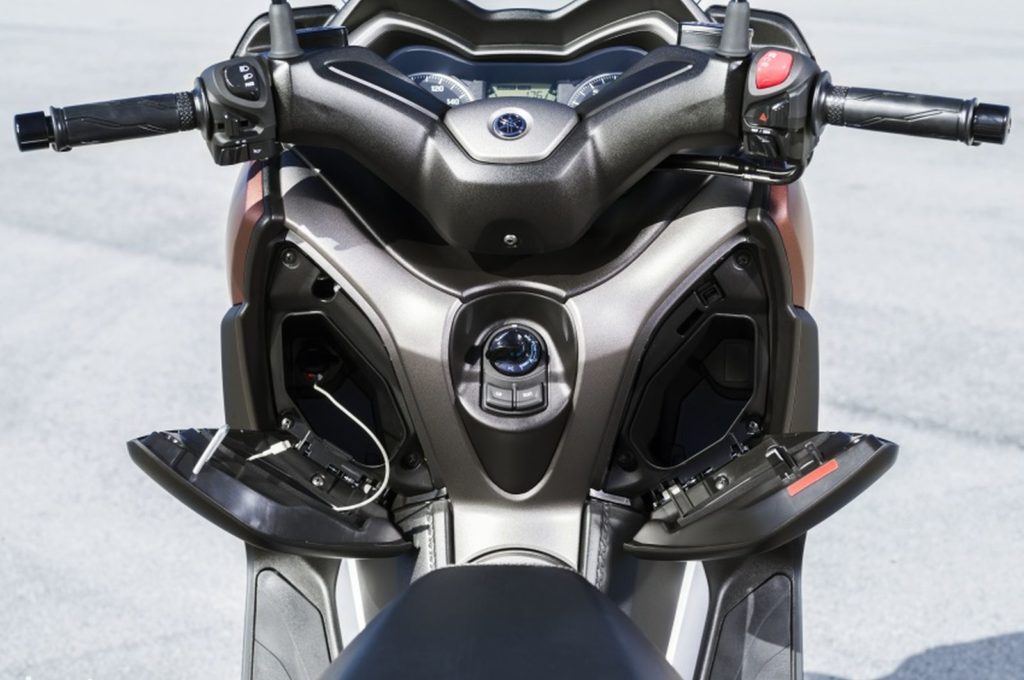 The Yamaha XMAX300 has evolved through the ‘boomerang motif’ and features a lot of design details of the MAX series. Other features include : 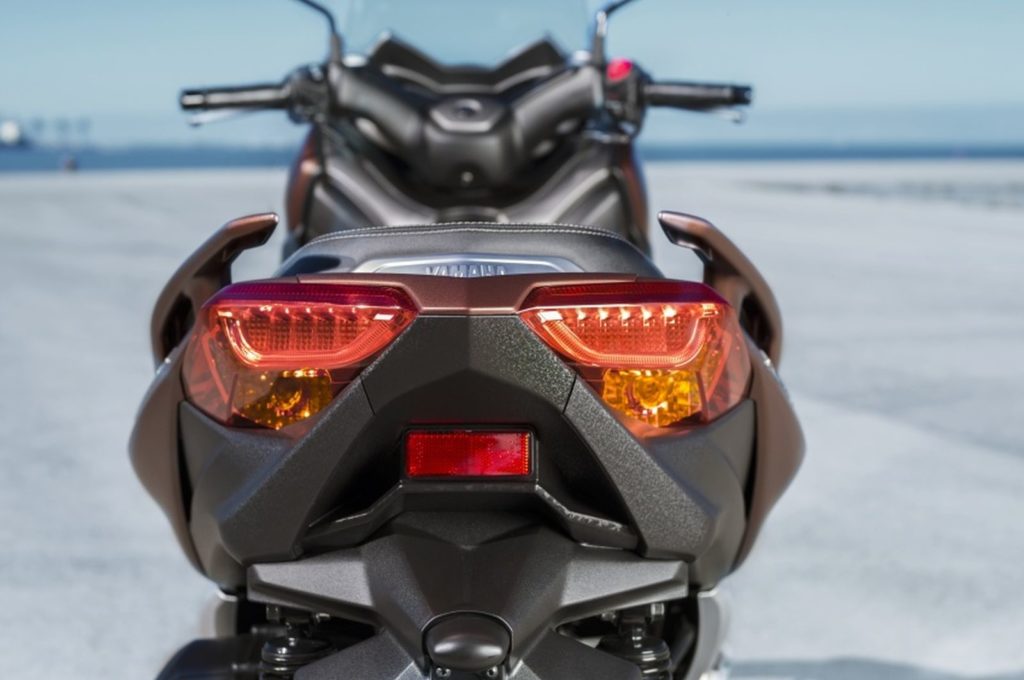 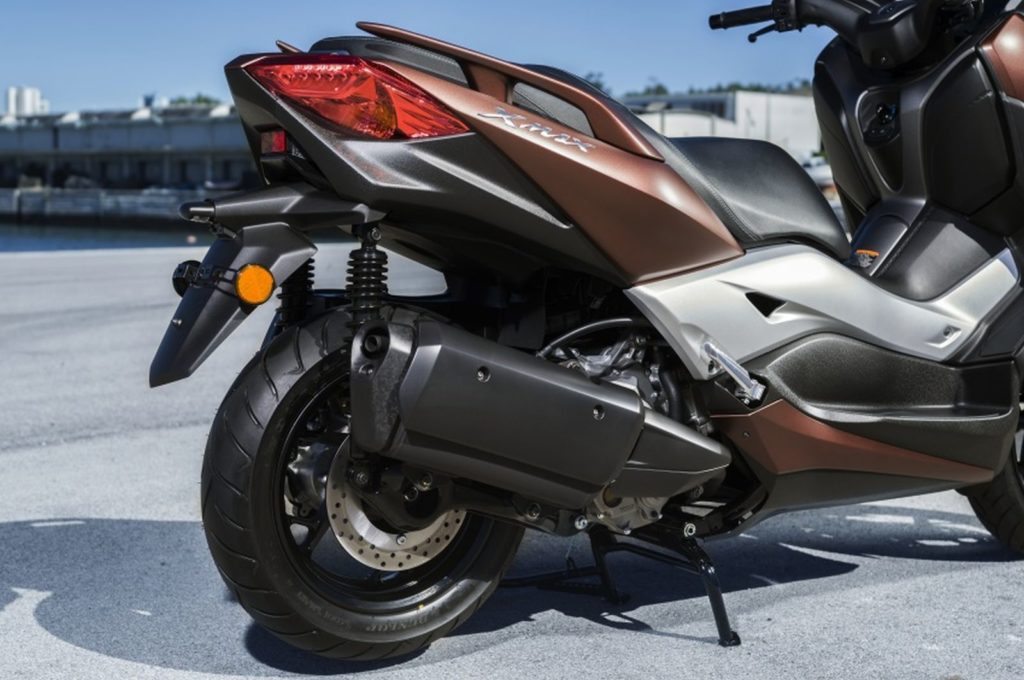 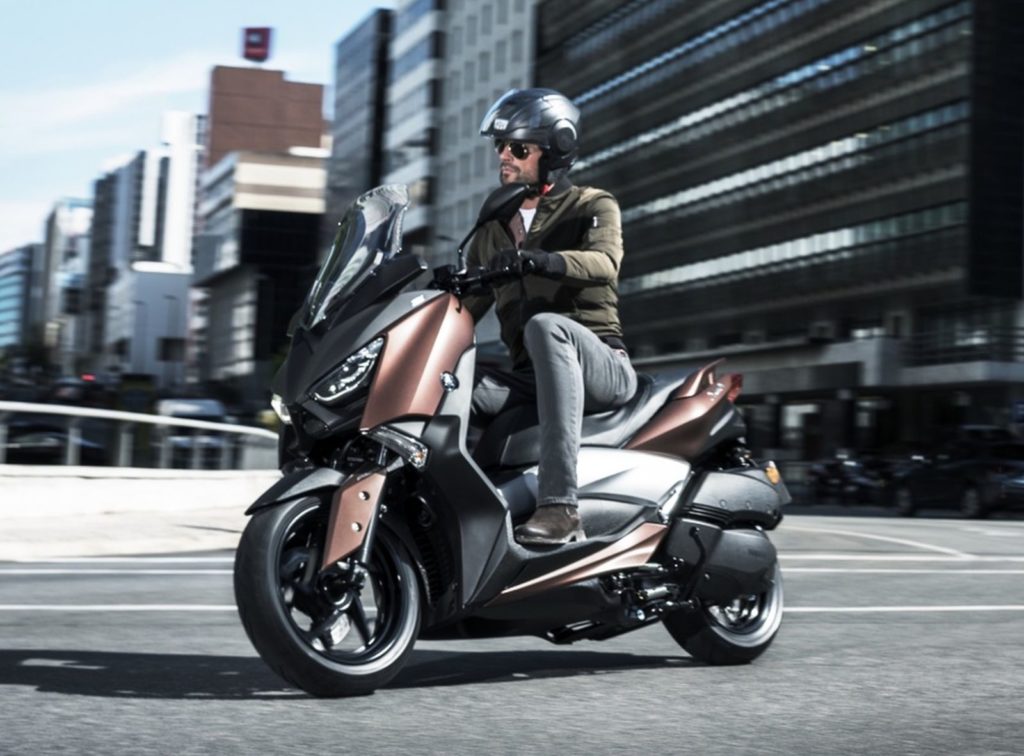