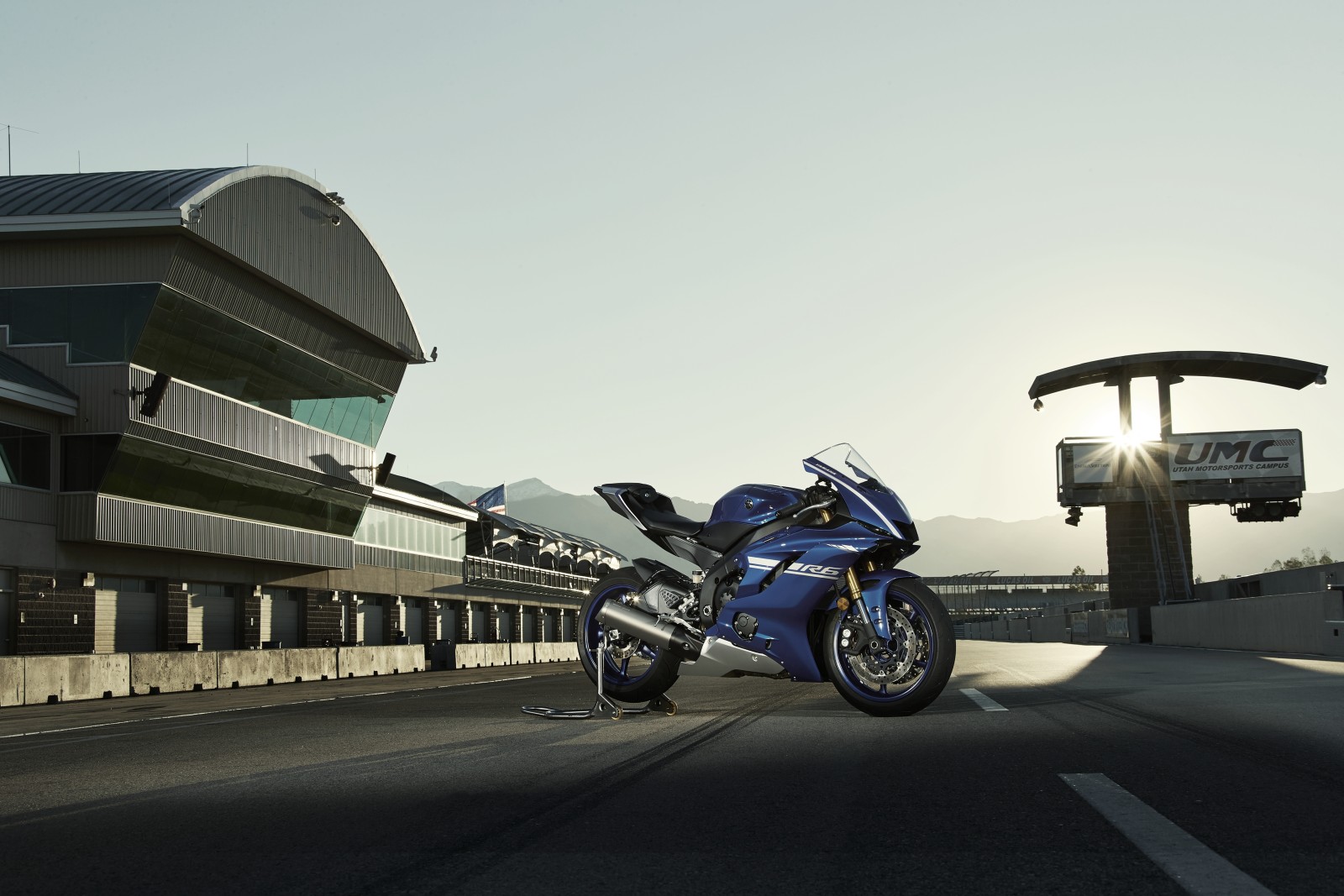 The competition in the middleweight supersport segment just hit the roof! After teasing the motorcycle on previous occasions, Yamaha has finally revealed its 2017 YZF-R6 and visually, it’s almost everything that we expected it to be. For 2017 Yamaha have completely restyled its middleweight supersport bike, and the YZF-R6 adopts its new look from the latest generation YZF-R1. With its M1-type central forced air intake and recessed LED twin headlights, the new YZF-R6 can instantly recognizable as a member of the R-series family. 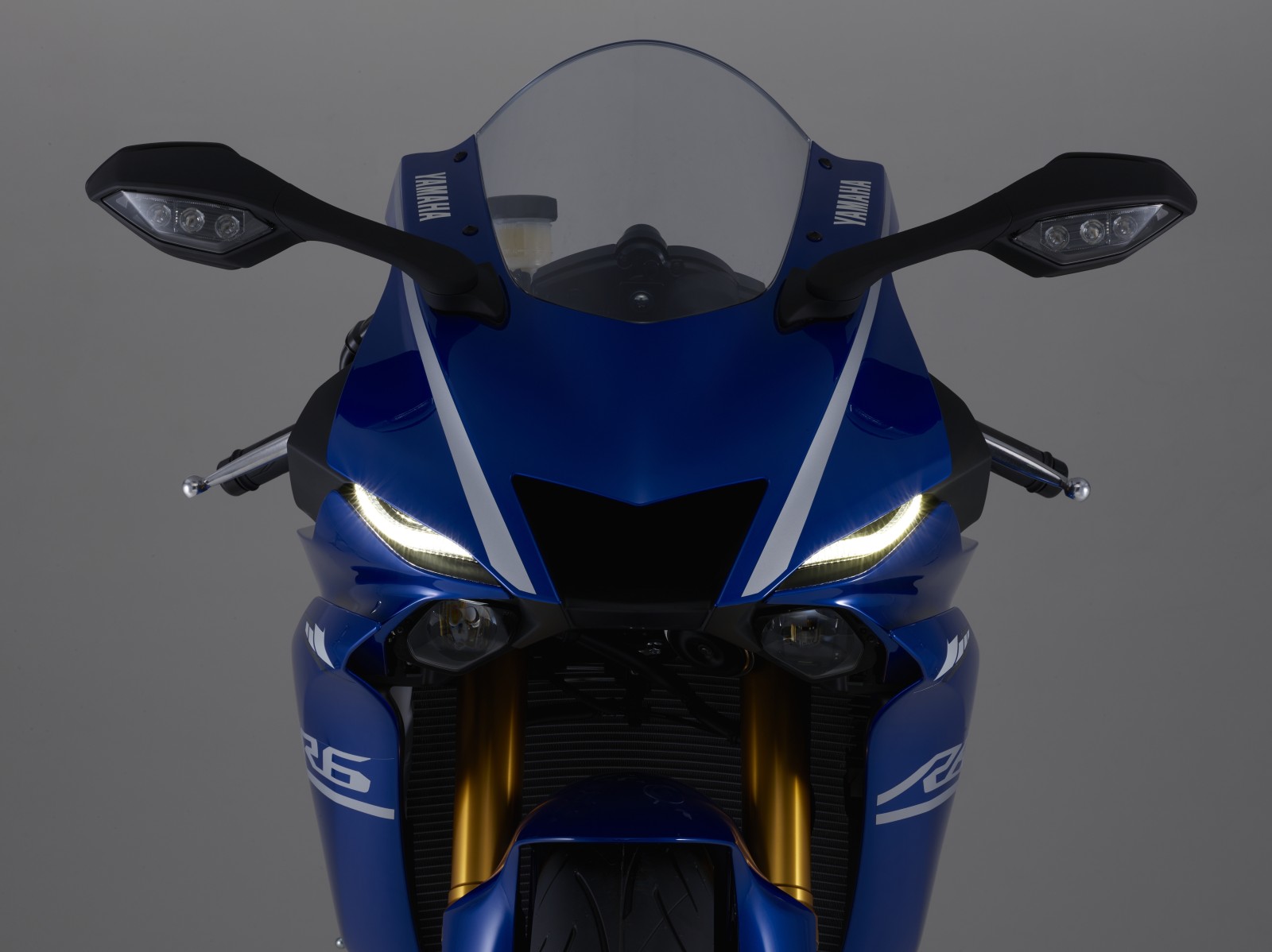 The new YZF-R6 is equipped with slim position lights which is designed to give the motorcycle a real lifelike quality and almost animalistic persona. The sharp bodywork in inspired by the next generation R-series DNA. A new YZF-R1 style tail is aimed at reinforcing the race-bred styling. While the supersport looks have been inspired by the flagship YZF-R1, Yamaha says that the YZF-R6 has its own unique character and profile. 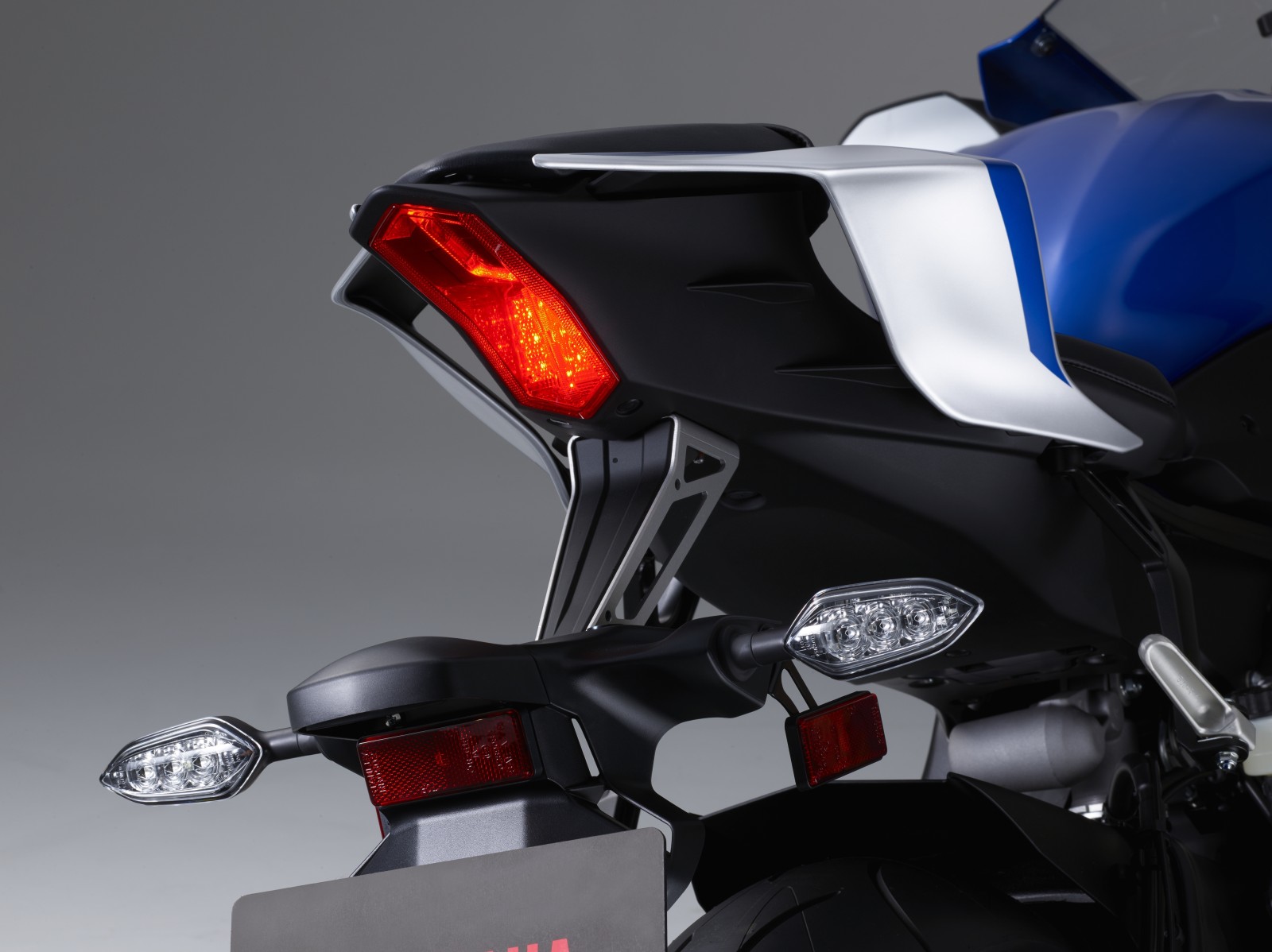 The 2017 YZF-R6 is equipped with a new front cowl and windscreen which is claimed to be the most efficient aerodynamics ever featured on this model. The low drag front fairing has been developed using some of the key elements from the YZF-R1. The latest design is claimed to deliver a significant improvement of 8% in aerodynamic efficiency. The bike’s new LED flashers are incorporated within the rear view mirrors to reduce turbulence and drag. Behind the cowl is the new instrument panel. Developed from the design featured on the YZF-R1, the new instrument display features an analogue style tachometer and digital speedometer with a multi function display includes TCS and ABS status. 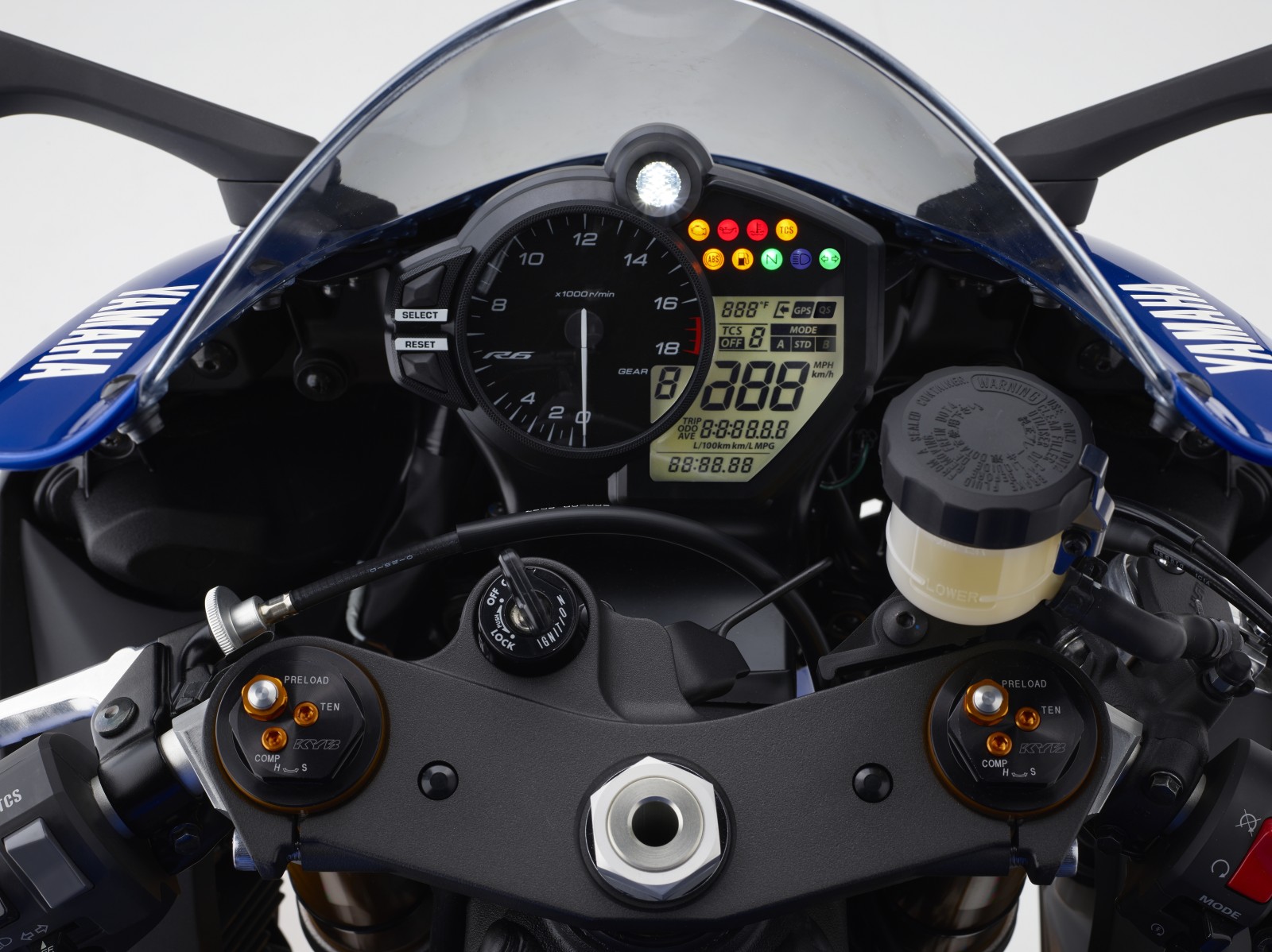 Apart from the Aluminium Deltabox frame, the YZF-R6 is fitted with a newly designed seat and rear subframe that allow the rider to shift their body weight quickly and easily. Manufactured from CF die-cast magnesium, the subframe is 20mm narrower at the front, which is claimed to allow the rider to tuck in more closely to the tank for improved aerodynamics. The seat is the same height as the current model, but has a gentler upwards angle towards the rear which is aimed at giving increased freedom of movement. 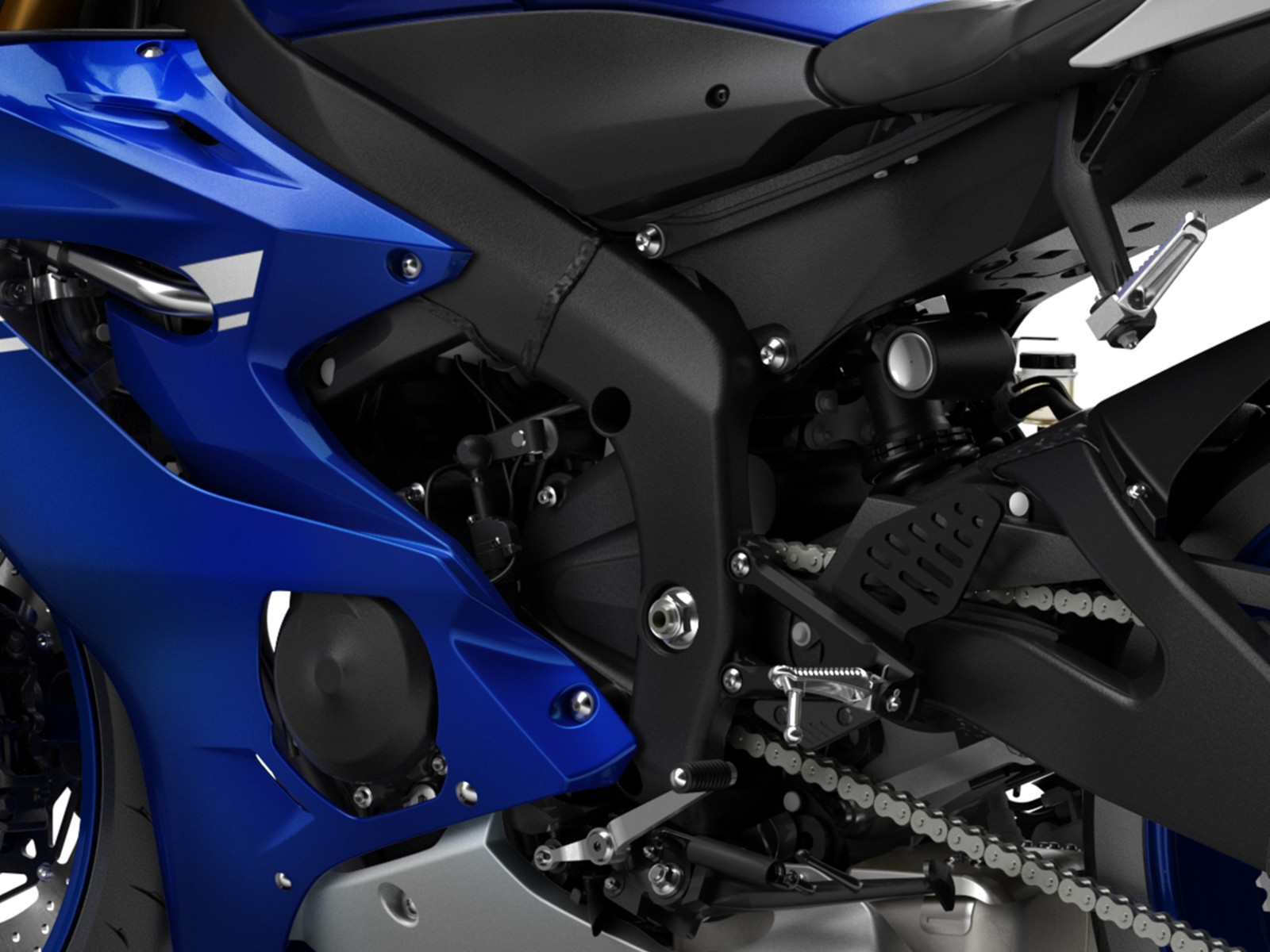 Yamaha also says that the new fuel tank also offers a number of important advantages over the previous model’s design. Manufactured from aluminium, this lightweight streamlined tank features deep knee recesses that enable the rider to grip the bike firmly and find an ideal position to match their physique and riding style. Yamaha have used a special Cold Metal Transfer (CMT) welding technology in order to create the new tank’s sculpted shape. 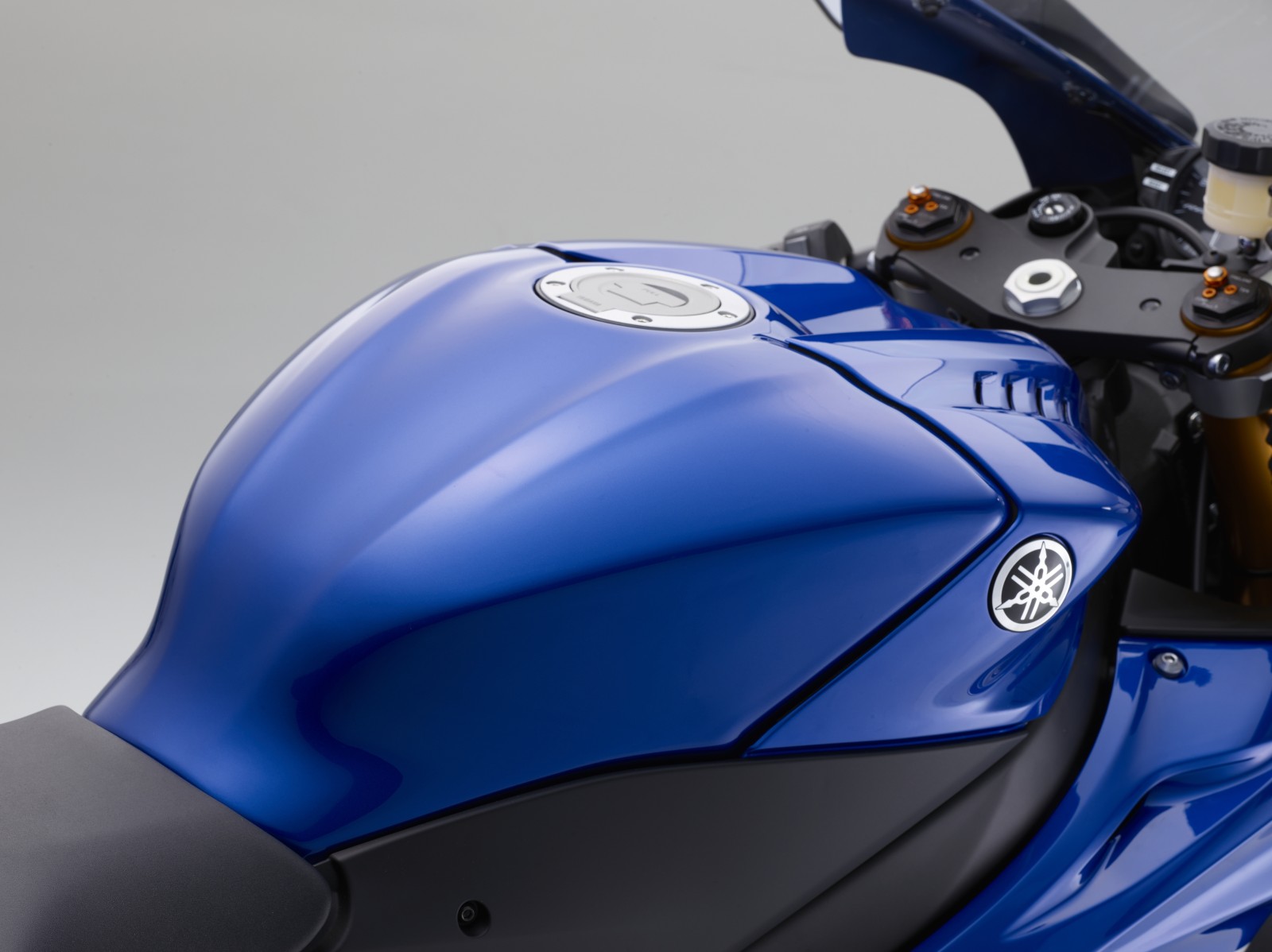 Yamaha claims that the combination of the new fuel tank, together with a new slimmer subframe and the new seat design has created an improved riding position. The 20mm slimmer centre ‘waist’ section gives improved ergonomics and easier leg reach to the ground – while the seat and sculpted aluminium tank’s deep knee recesses permit the rider to mould their body shape more closely to the bike. 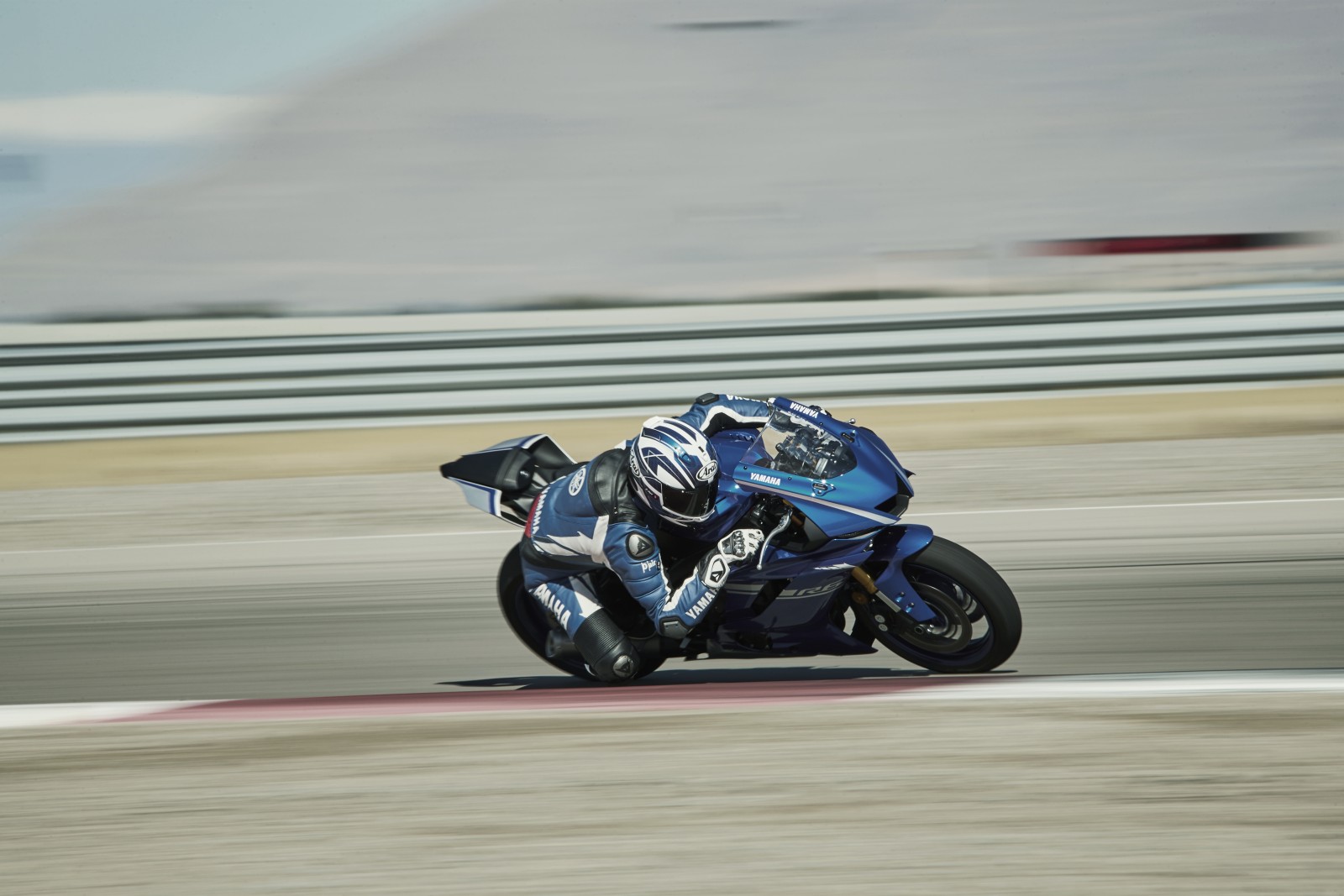 Mechanically, the motorcycle draws power from a 599cc, liquid-cooled, 4-valve DOHC, 4-stroke, 4-cylinder engine. The two-wheeler maker, however, has remained tight lipped about the performance numbers. The engine comes mated to a six-speed constant mesh transmission. 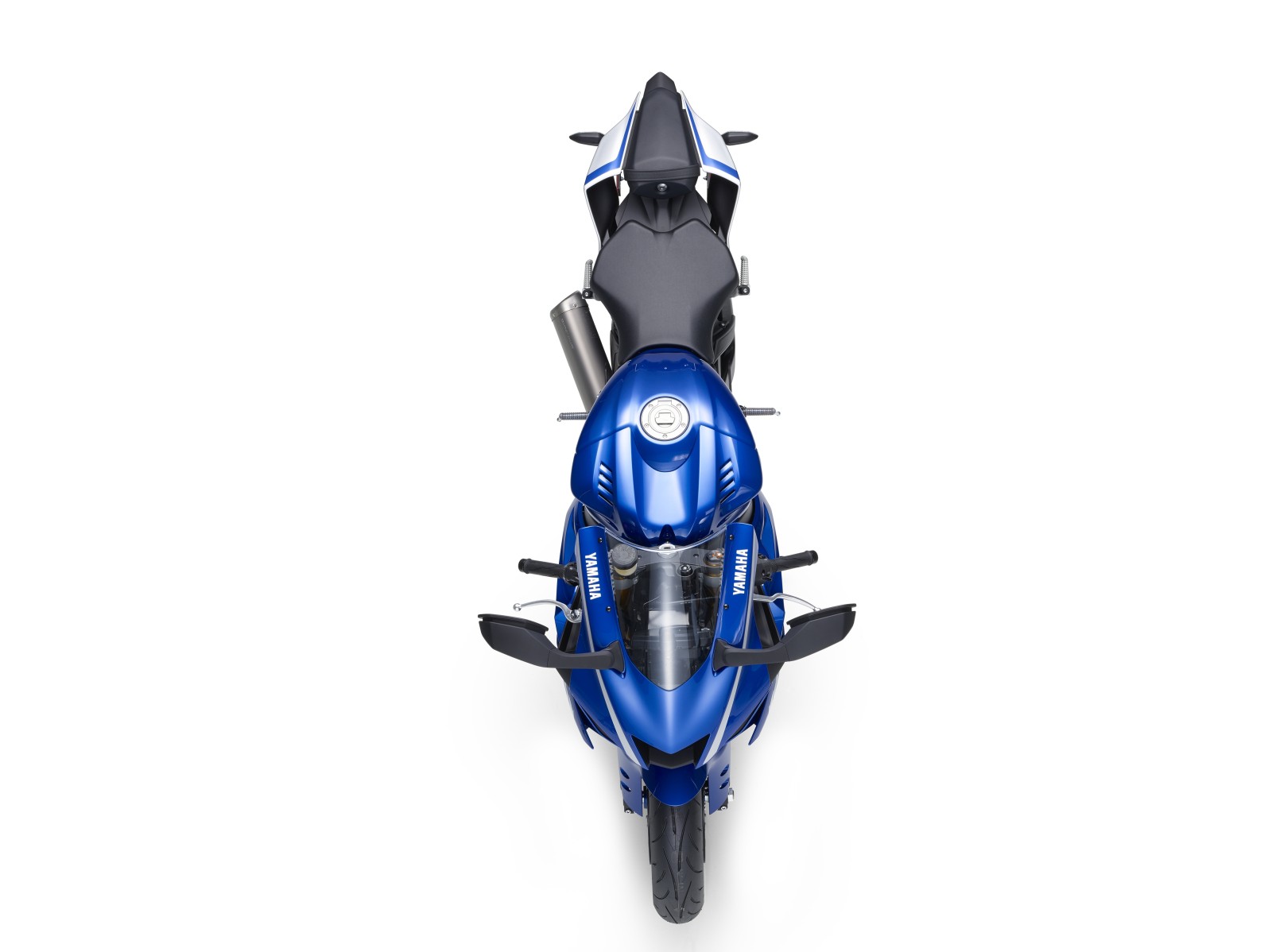 The new model is feature packed too. The YZF-R6 was one of the first motorcycles to adopt advanced electronics that ensure precision control, including the Yamaha Chip Controlled Throttle (YCC-T) and Yamaha Chip Controlled Intake (YCC-I). The new YZF-R6 is now also equipped with an advanced Traction Control System (TCS) that is adjusted by a switch on the handlebars. The new TCS features 6 levels of selectable intervention, as well as an OFF function. The TCS’s software is designed to ensure that there is no unnatural feeling when it intervenes, and the system also compensates for rear tyre wear to give consistent performance. 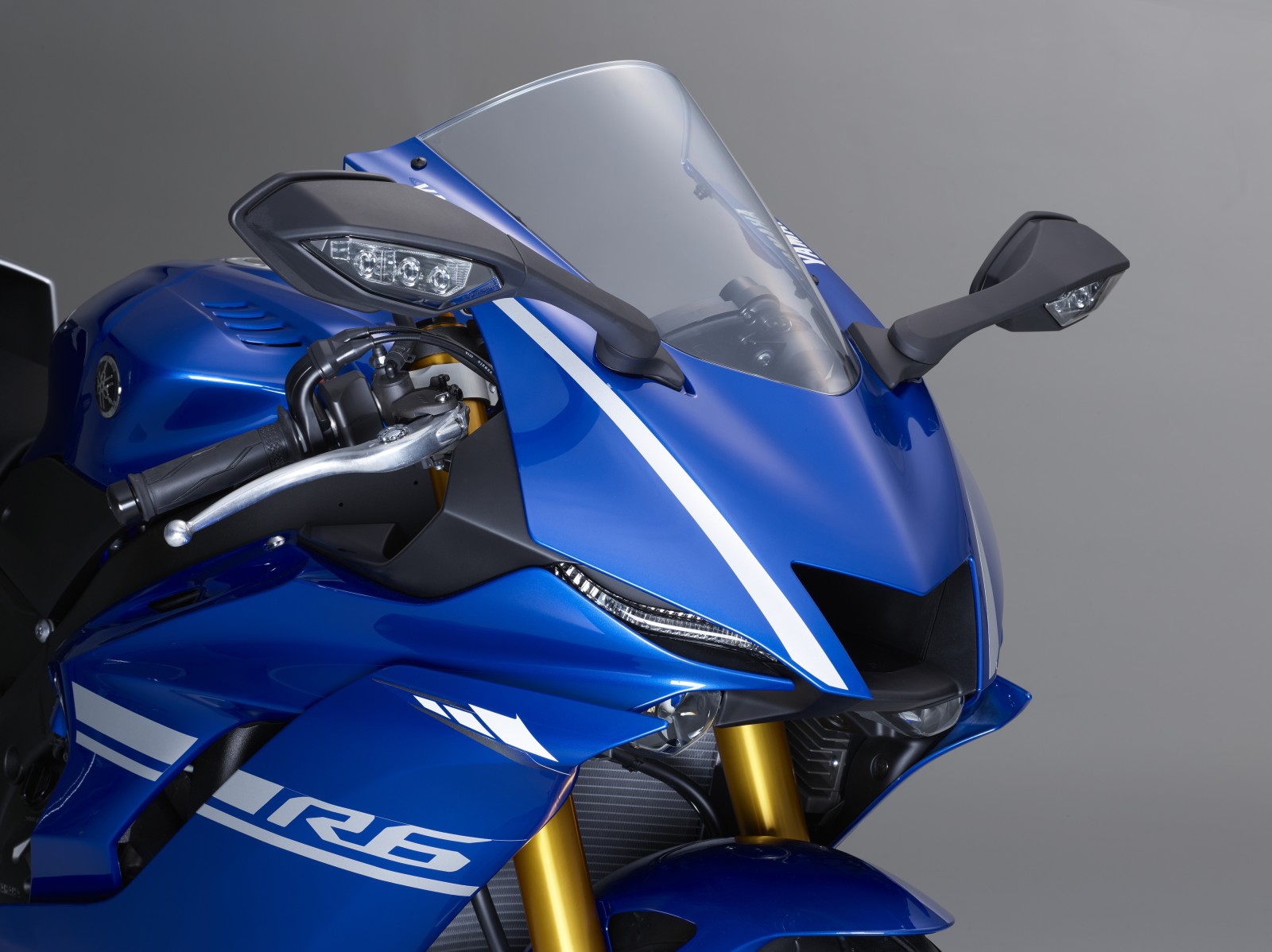 The YZF-R6 also comes equipped with a new Quick Shift System (QSS) that gives faster gear changing. This system is similar to the design used on the YZF-R1. The system instantly cancels drive torque when an upshift is detected – enabling full throttle clutchless upshifts. 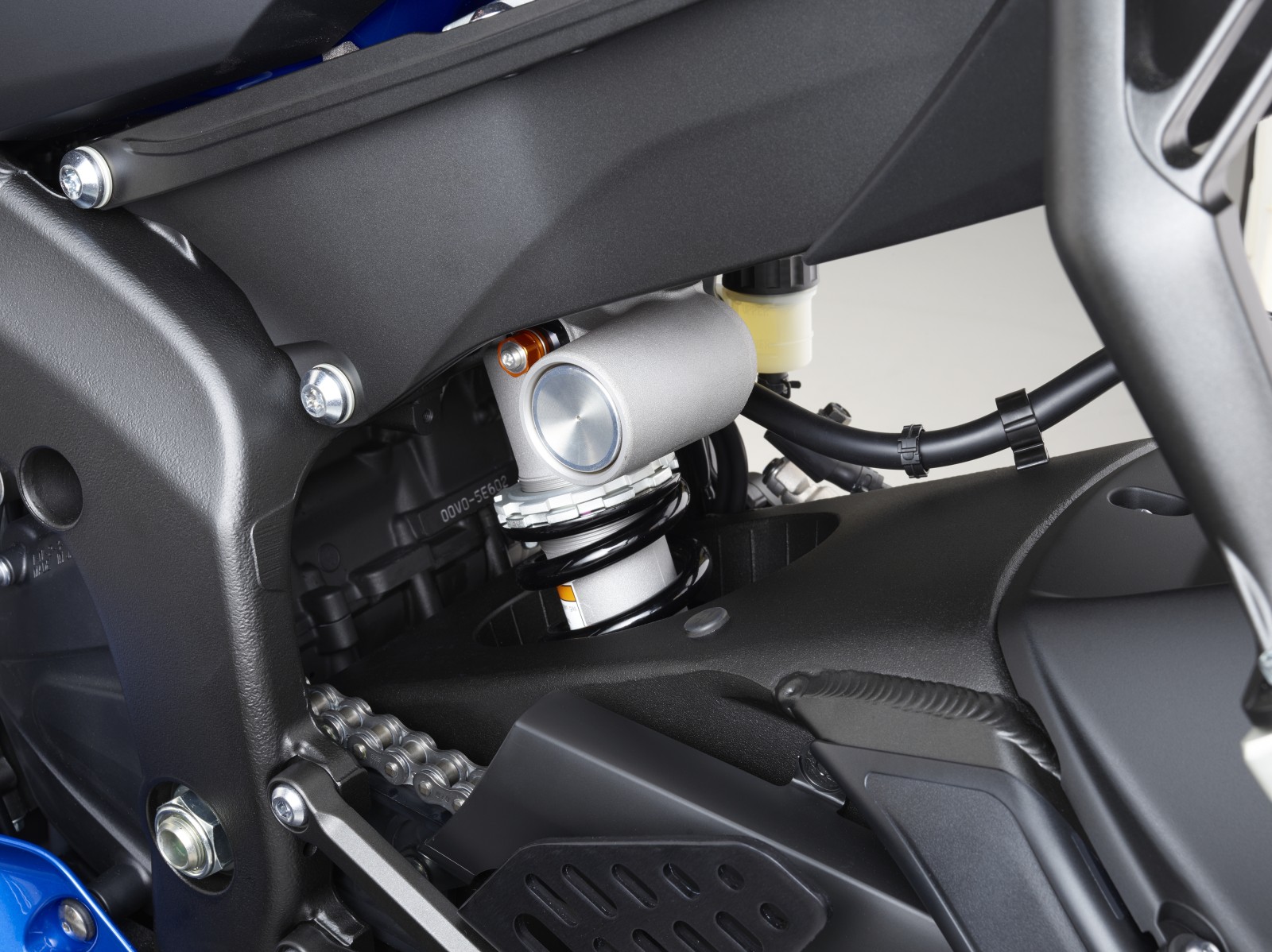 Apart from the design, the 2017 YZF-R6 is also equipped with new KYB upside down forks from the YZF-R1. The front suspension features large diameter 43mm tubes – compared to 41mm on the previous model – which are aimed at providing a more planted feel, particularly during braking and cornering. The front wheel axle is also increased in diameter to 25mm for optimized handling. The forks offer a full range of adjustability. Together with the newly designed adjustable KYB rear shock, the YZF-R6 chassis can be set up to achieve precise and responsive handling performance. 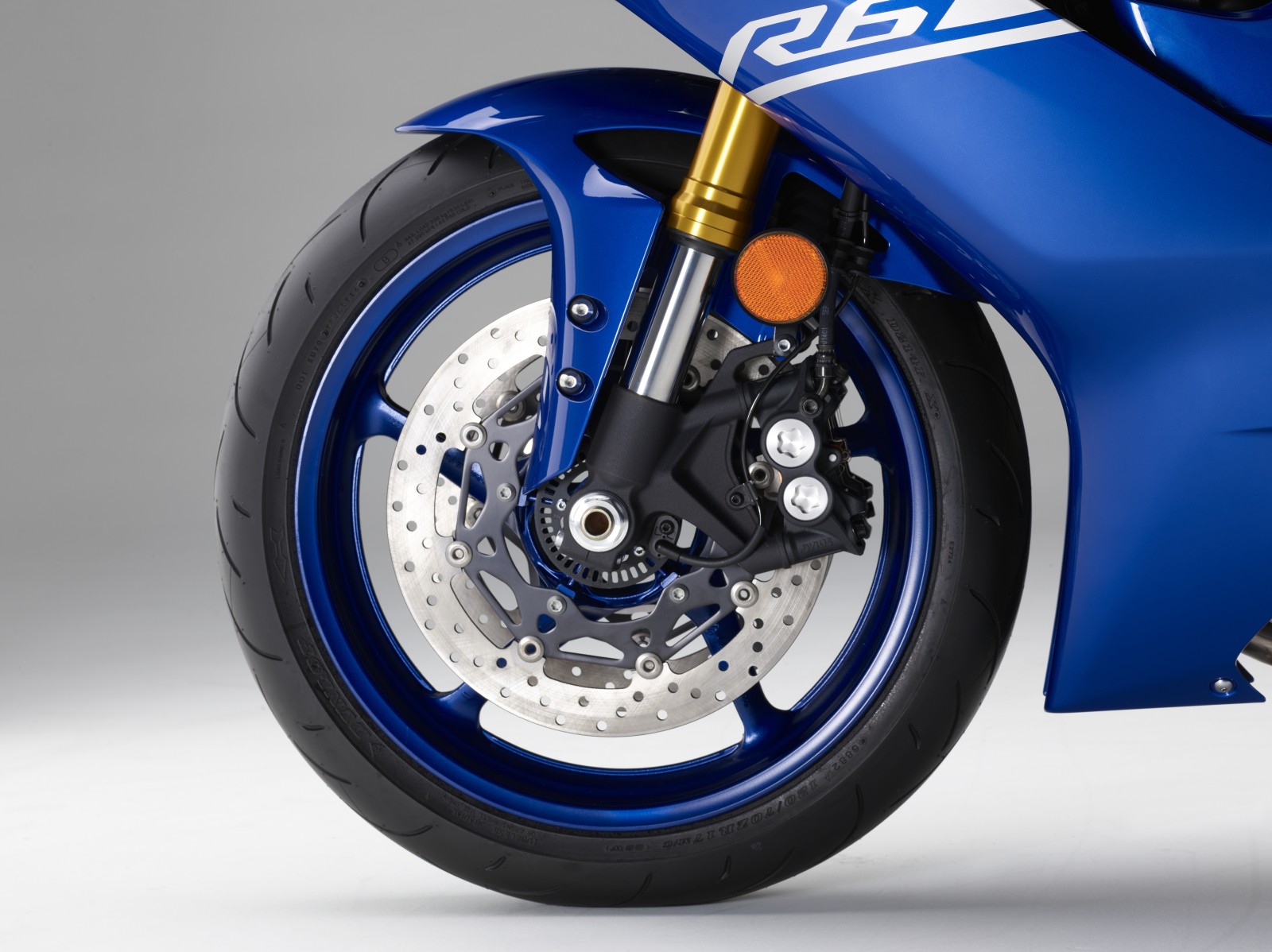 The new YZF-R6 also benefits from the use of a YZF-R1 type radial front brake system. Dual 320mm discs are equipped with aluminium 4-pot opposed piston calipers which are aimed at giving outstanding feel together with improved stopping power.

Check out the new 2017 Yamaha YZF-R6 in action in the video below: 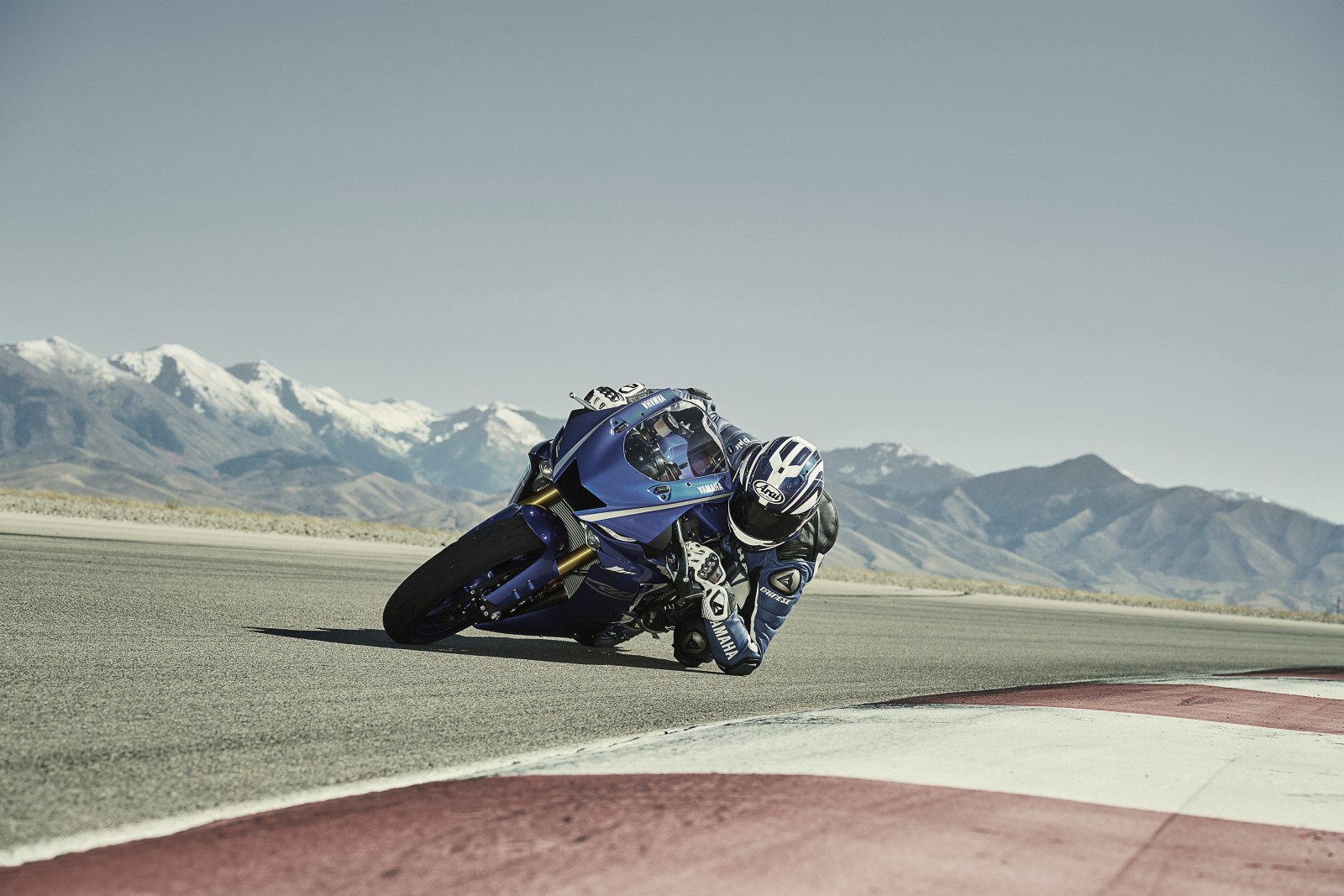 Yamaha offer a range of new and existing performance and styling Genuine Accessories for the 2017 YZF-R6, enabling owners to make it their own. The full accessory line up will be available when the YZF-R6 arrives in Yamaha dealer showrooms. Following the new model’s launch, customers will be able to use the My Garage app to build and view their ultimate virtual YZF-R6 using a tablet or smartphone.

The motorcycle will be available in Race Blue and Tech Black colours and will reach showrooms in April 2017. Check out more images and the full technical specification sheet of the new 2017 Yamaha YZF-R6 below.