As we had reported earlier, Volkswagen Motorsport organised the first round of its National Championship Ameo Class 2019 this weekend. The action-packed weekend saw three races, the first one being conducted on Saturday and the other two taking place on Sunday. With one intense weekend over, the racers can now prepare themselves for the second round of this competition, which would be held at the Madras Motor Race Track in the month of July. Below are some highlights of all three races, including the names of the winners, do read ahead. 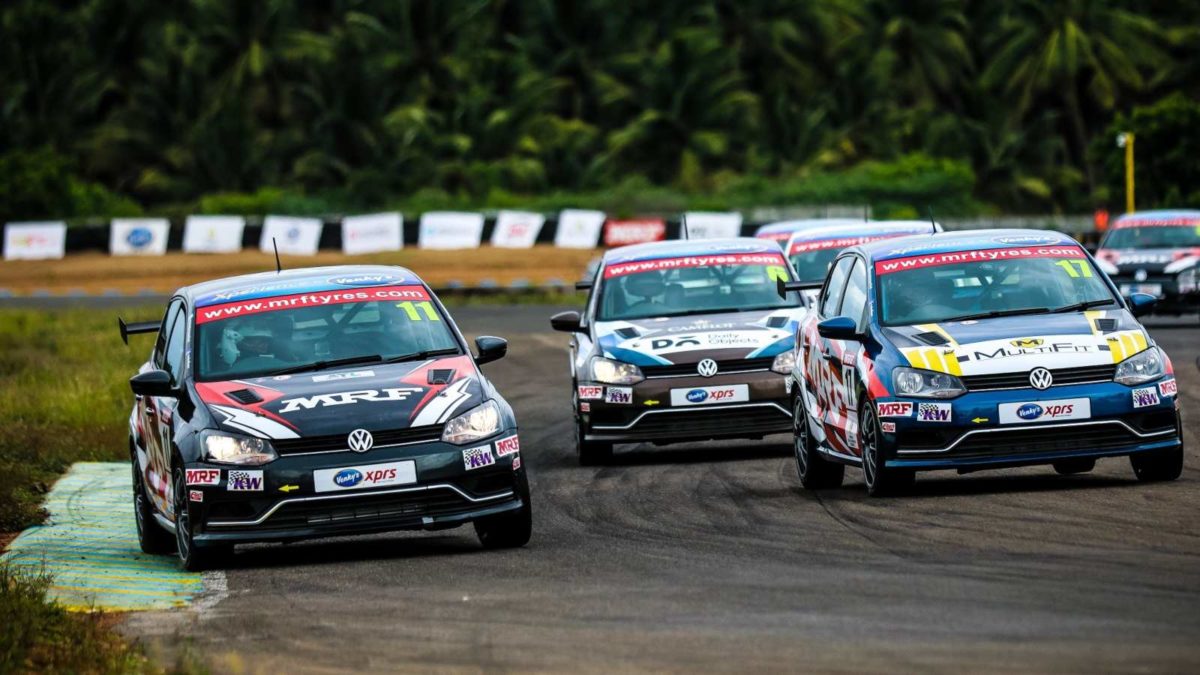 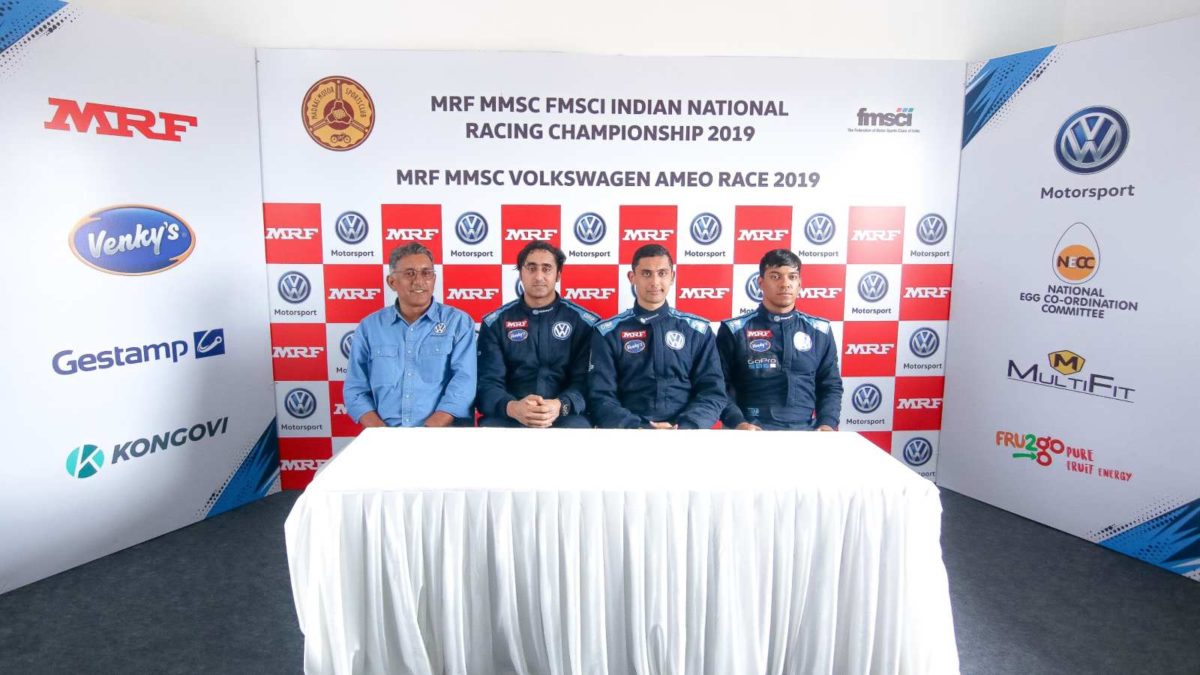 The first race was quite intense, as tensions built with Jeet and Pratik battling for the lead even before the first corner. Jeet, due to a better start, took the lead. Which eventually let him win the race. Pratik could not make it to the podium and came fourth by the end of the race. Anmol Singh Sahil came second and Saurav Bandyopadhyay made came third. 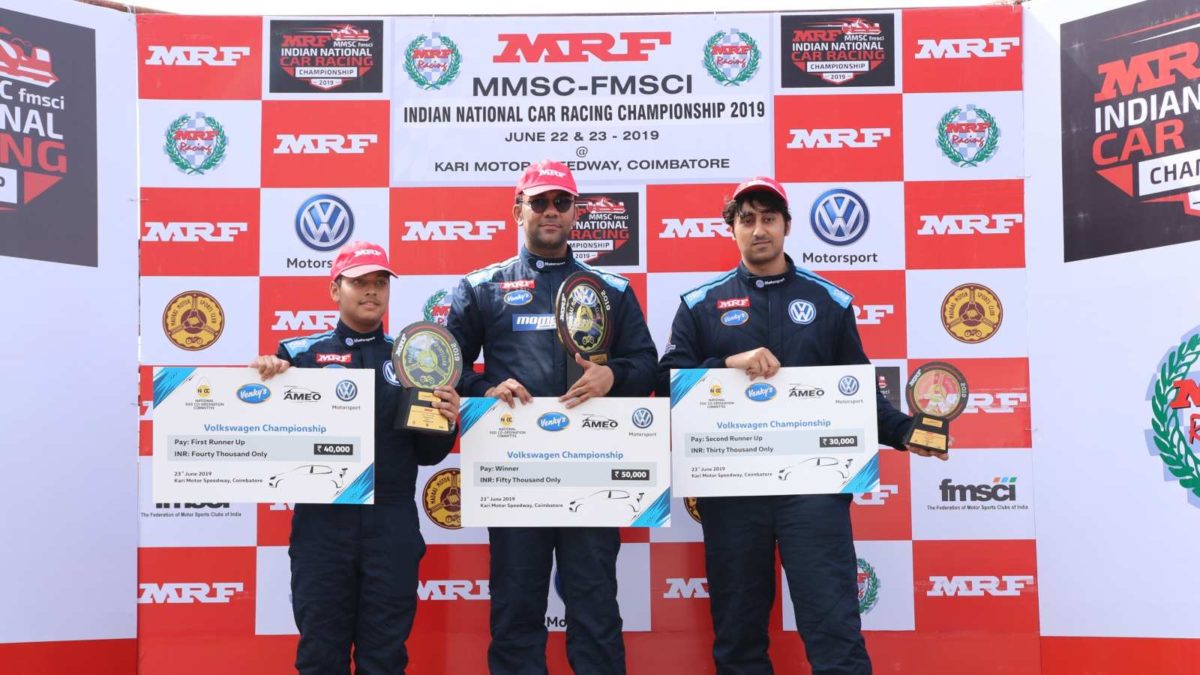 The second race had drivers starting on the reverse grid and charging from the back. Pratik managed to move up in the ranks, finishing first but was given a 10-second penalty, placing him 7th. The first spot on the podium was taken by Avik Anwar, followed by Aiman Sadat and Anmol Singh Sahil. 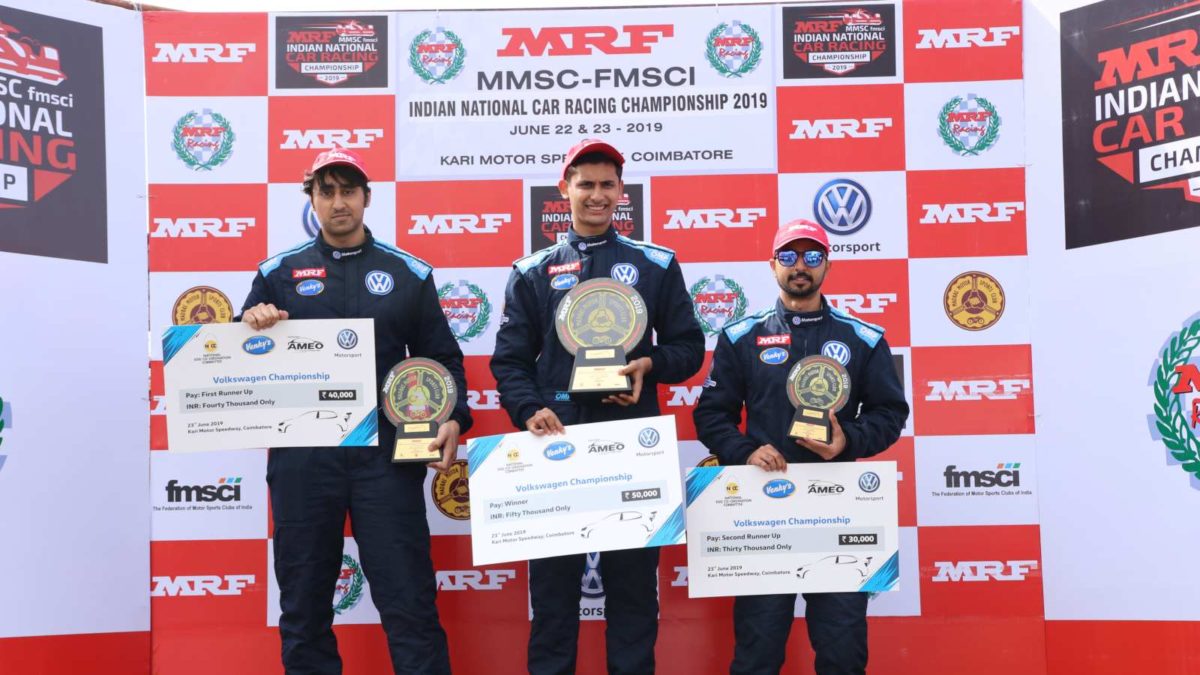 The third race started off in a clean manner, with Jeet on the pole position. The driver showed brilliant defensive driving techniques, maintaining his lead throughout the race. Anmol jumped up one position by overtaking Pratik in the first lap itself, with the three finishing the race in the same positions, despite Saurav trying hard to overtake Pratik for the third spot. 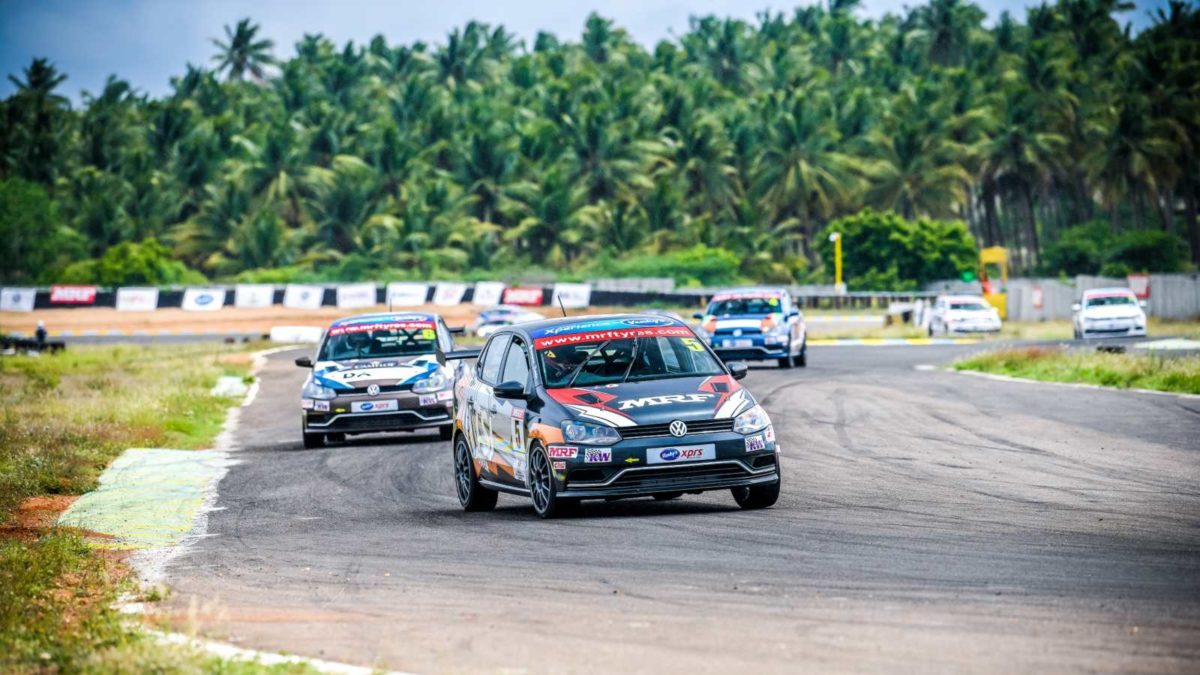 All racers in this event use a car identical to each other. Developed by Volkswagen Motorsport, this race-spec Ameo is miles away from its road-going cousin. It comes with a 1.8-litre TSI engine, developing 205 hp of peak power. Additionally, a free flow type exhaust, BMC air intake, stripped down interior, roll cage and many more features help it perform so well on the track. Feel like driving one? Well, for INR 40 Lakh, Volkswagen will actually sell you one of these for use on closed circuits and race tracks.