Royal Enfield is a brand that is well known not only in India but also in other countries. The Himalayan is an adventure motorcycle, one of the cheapest of its kind in the Indian market. It is powered by a 411 cc single cylinder engine which is good for 24.5 bhp and a respectable 32 Nm of torque. The bike uses a long travel suspension with forks in the front and a monoshock at the rear. A high ground clearance of 220 mm and spoked wheels make this bike perfect for helping the bike go anywhere and everywhere. Just as it is with all Royal Enfields, this bike also offers quite a few customisation options, but what the folks at Smoke Garage have done is much more than a normal customisation, its more of a transformation. 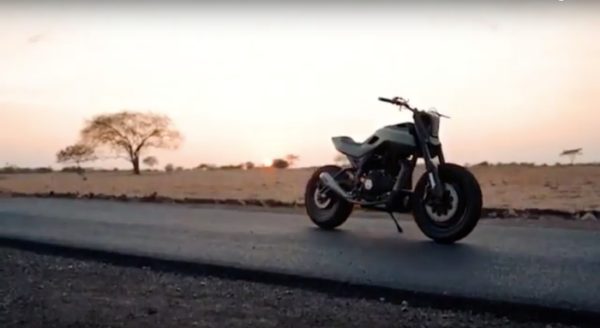 Based in Indonesia, the Smoked Garage is a place well known by bikers looking to customise their machines. The, in partnership with Royal Enfield, decided to re-imagine the Himalayan motorcycle. The bike was sent to the shop in a crate, where they had a short spin to learn the character of the bike, to know why the bike is so loved all around the globe. One of the goals of this transformation was to keep the characteristics of the bike, it had to still be a Royal Enfield. 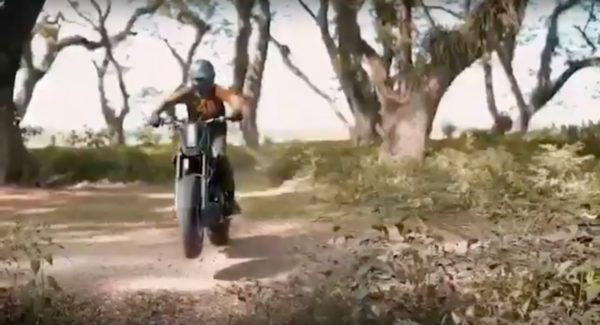 Also Read: VIDEO: Great Motorcycle Commercials Are Back With The Royal Enfield 650 Twins

The first step was to take the whole bike apart, stripping it to the base. Hours and days of handwork were spent to customise, test each and every component and here is the result. An enduro bike, with such a modern feel, it looks as if it is something from the future. A new body, new headlight, different headlights, fatter tyres and what not, this bike called Project SG411 in no manner resembles the Himalayan. Do look at this video uploaded by YouTuber user Kiran Sawant to see the Project SG411 in all its glory.