The Range Rover Evoque Convertible, what can we say about this car? It is a car that stands in a segment of its own and offers something no Range Rover has done before, as a matter of fact, it offers something which no SUV has ever offered, a convertible soft top. Sure, it does knock a bit of practicality out the window, which is not what you want from an SUV but hey, this is a unique proposition and Range Rover have done a very good job to retain some of the practicality. 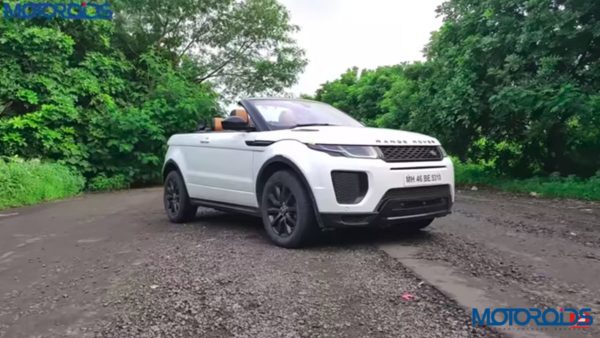 While the Convertible retains the shape of its hardtop sibling, there are some subtle changes done to the front bumper and some major changes to the rear section to accommodate the soft top mechanism. The rear boot lid is also changed and gets a small spoiler mounted on top of it. On the inside, the materials and plastics used are of top quality, with the exception of a few like the steering controls which we found to be a bit tacky. The Convertible is only available in the top of the line HSE Dynamic variant which gives the car premium perforated leather seats in an ebony shade, the dash too is covered in black leather with contrast ebony stitching and hold the touchscreen infotainment system. The rear seated can be accessed by tumbling the front seat down and offers enough space for two adults for short to medium drives. Despite being a soft-top, the SUV offers great sound insulation, however, the insulation is not as good as seen on its hardtop sibling. 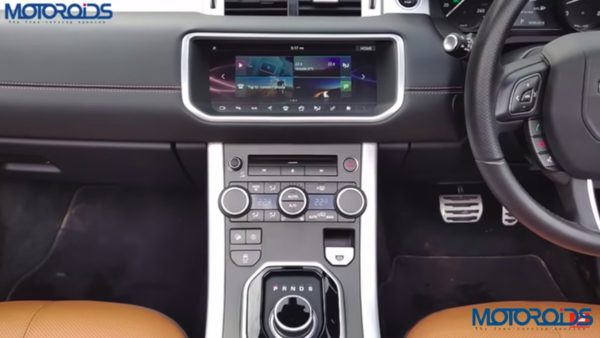 The Evoque Convertible is quite a quirky product and it makes sense to talk about them. The soft-top mechanism can be deployed and retracted at speeds up to 48 kmph. The process of deploying takes about 21 seconds and retraction takes about 18 seconds which is good enough. The boot, which offers 251 litre of boot space, which is great for a soft top car, and holds a space saver spare wheel underneath and can be accessed by the rear passengers by opening a panel behind the rear armrest. Another party trick of the car is a locking glovebox, in a scenario where you put your valuable stuff inside the glovebox and leave the top open, on locking the car, the glovebox also gets locked keeping your valuables safe. 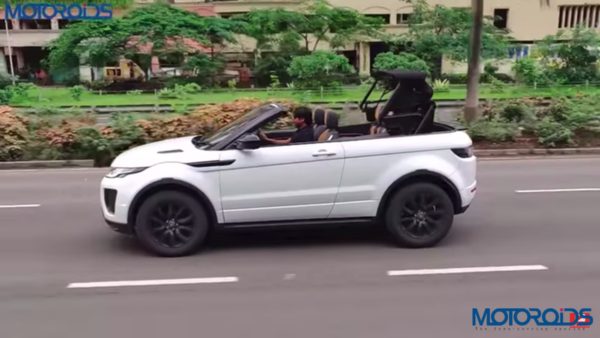 In terms of safety, you get a bunch of electronic driving aids like ABS and stability control which keep the driver in check and facing the right way on the road. Apart from that, just like every Range Rover, you get a bunch of driving modes which adapt the engine and steering to suit the kind of road surface you are on. you get a bunch of airbags which include knee airbags for the driver, curtain airbags and standard dual airbags for the front passengers. There also is a rollover protection device placed behind the rear seats, in case of an accident where the SUV topples over, bars deploy in a matter of milliseconds to protect your head. 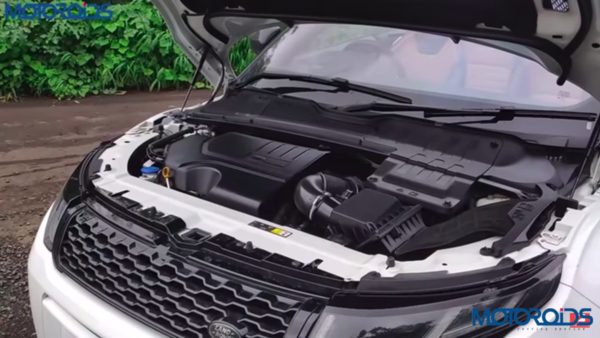 The Convertible only gets a two-litre turbocharged petrol engine in our market which pushes out 237 bhp and 340 Nm of torque. The engine is mated to a 9-speed ZF transmission which may not be the quickest gearbox around but is very smooth. In order to make up for the stiffness lost due to the soft-top, Range Rover has made some changes to the bottom part of the chassis which does affect the handling by a bit and also increase the weight compared to its hardtop sibling. The handling is as you would expect from an SUV and the Convertible is no drivers car, even the electric power steering feels a bit light which again takes away from the driving experience. Being a true Range Rover, the Convertible feels at home on bad roads and is even capable of doing some soft off-roading, making it the only convertible car capable of doing so.

In conclusion, the Evoque Convertible may not the be the most practical SUV, it may not be the best handling SUV, it may not be the most efficient SUV and it may not be the most spacious SUV either but there is no other car like this. The Evoque Convertible is essentially a lifestyle vehicle, a car like no other, a car which takes you to places other convertibles cannot and a car which you can use to roll out in with style and drama which no other car can offer. At INR 69.5 lakhs, Ex-Showroom, this is a car for a person who wants a new change, wants something that would stand out in their garage and offer an experience which no other car can. Do video review of the car linked above and go through the image gallery below. Stay tuned for more car reviews coming very soon.