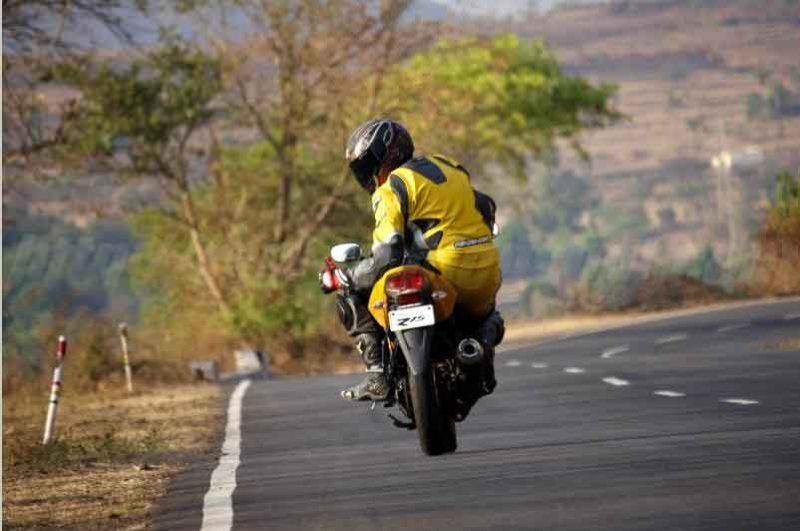 This puny little 150cc monster needs no introduction. Every other automobile journalist, including me, has been praising this Yamaha, times without number, for its handling abilities and how it’s made fodder of the cubic capacity game by delivering a performance that could shame bikes closer to the quarter litre capacity. Since none of the other magazines have given the readers a long term report yet, let me be the first to do it. Even amidst all the praise, there have been people ridiculing the R15 too – essentially the breed who advocate the fact that there isn’t any replacement for displacement. But putting all such critics aside, I did buy this motorcycle. A downgrade as some would call it, I sold of my 220cc motorcycle for this baby supersport.

So have I made a mistake? No, I don’t think so. I have owned this bike for almost a year now. In all these months the R15 has clocked a little over 10,000 kms since it was parked away as a weekend bike. But times are changing and this bike is now assisting me in my daily commutes as well. And this is precisely where she has started impressing me even more. Its light weight build and precise handling gives it flickability like none other. I agree to the fact that there is hardly any juice under the 5,000 mark. But once you get used to the bike, keeping her in a meaty range isn’t all that difficult. She has been returning me a decent fuel economy between 35 to 40 kmpl within the city. No parts have been replaced yet, but by this month end I would be going in for a new set of clutch plates, oil and air filter change and would be shifting from the Yamalube mineral oil to Motul semi synthetic. Read this space next month for my R15 experience after I change the aforementioned components.