Let’s face it, the primary reason most owners buy into a premium car brand in India is for the style, recognition and prestige that comes along. However, there also exists a minority which wants all that after they’ve savoured the magic of engineering and experienced the thrills for the money they spend. Appeasing both is a tough ask. But what if there was one sedan which offered style, individuality, and luxury as a standard canvas, and allowed you to paint it in the colours of your priorities? Enter the Audi A5 Brat Pack. Three different iterations of a fancy pants Sportback sedan which will be sold in Cabriolet, Coupe, and a fruitilicious S5 form. Our time was limited behind the frameless doors of the latter two. How well do they perform? Let’s see in this Audi A5 and S5 India review. 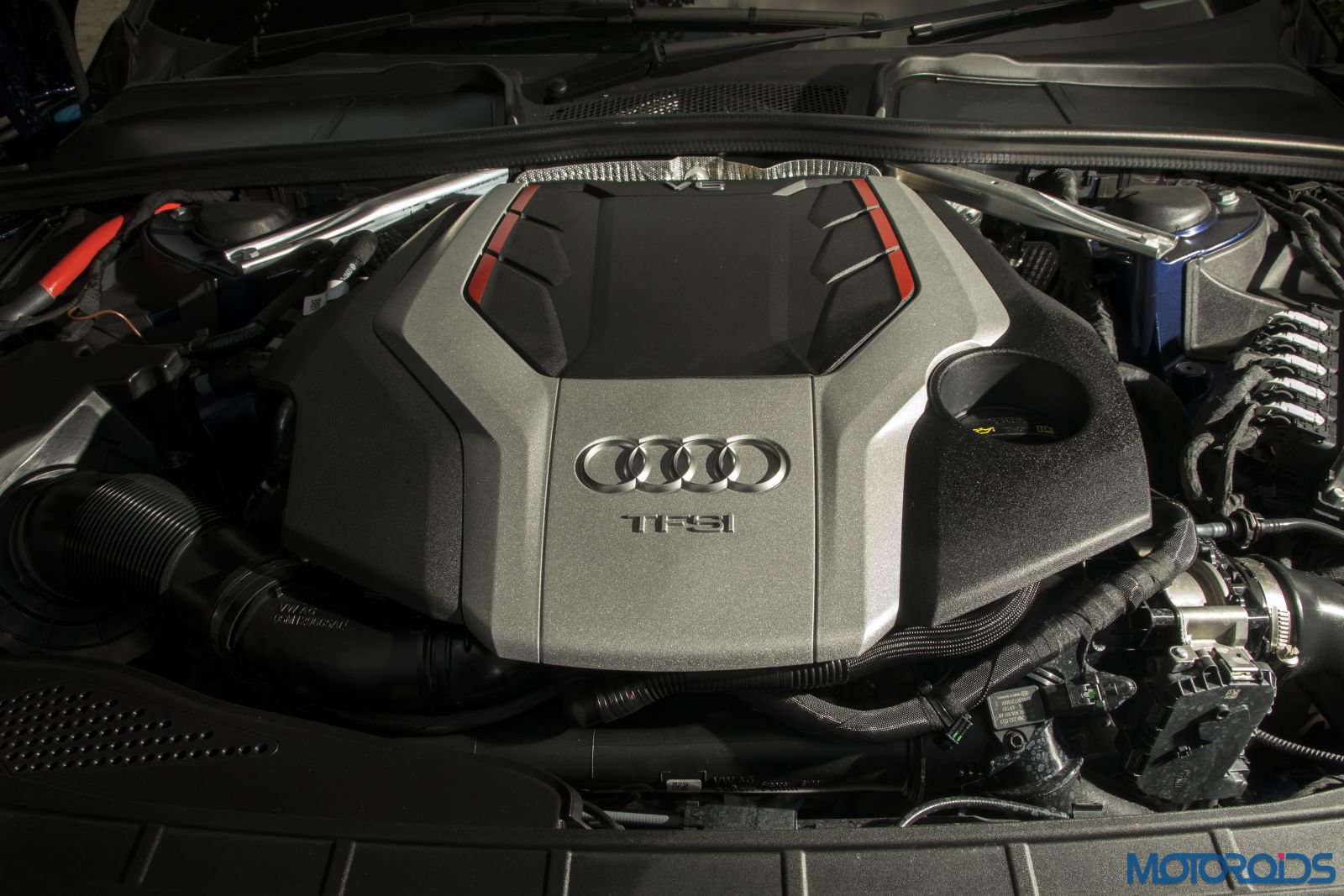 Powering the Audi S5 is a 3.0-litre, V6 TFSIq petrol engine which makes a heady 354 HP and 500 Nm of torque. All that goodness is routed via an 8-Speed Tiptronic box which hands it over to Audi’s famed Quattro system which channels that goodness to all four wheels. Where in the predecessor, the motor was supercharged, a twin scroll turbo now sits between the ‘V’. 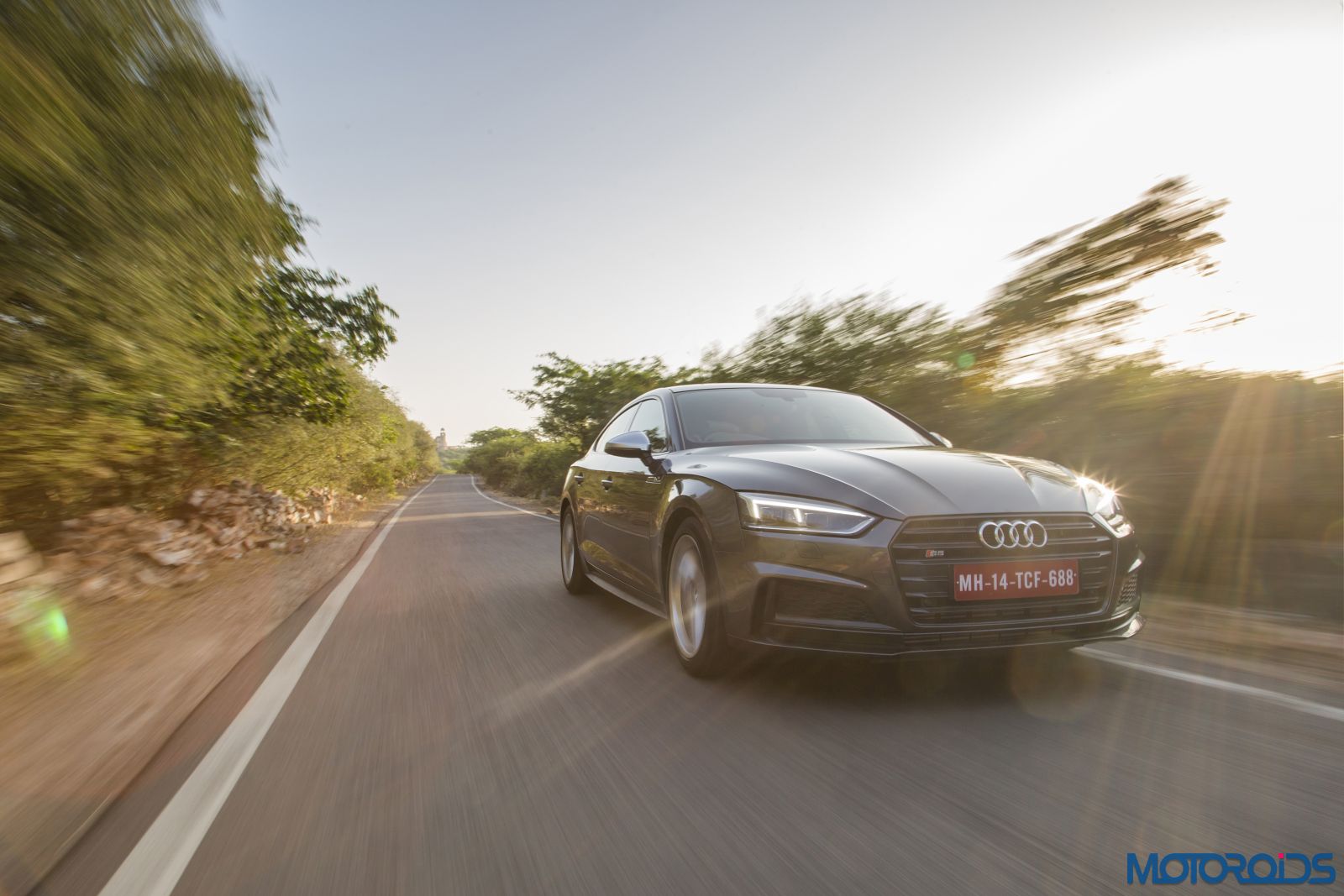 Our experience started off in the Comfort mode. A couple minutes into the drive, the fellow journalist sitting next complained about the lack of screams from the quad pipes at the rear. So we called for the ‘Dynamic’ option, and straight away, the motor threw away whatever little sobriety it preserved. With the gear selector pushed into ‘S’ mode, we summoned the pedals behind the wheel and the S5 would pile on the numbers as it howled, holding onto a ratio until six and a half. 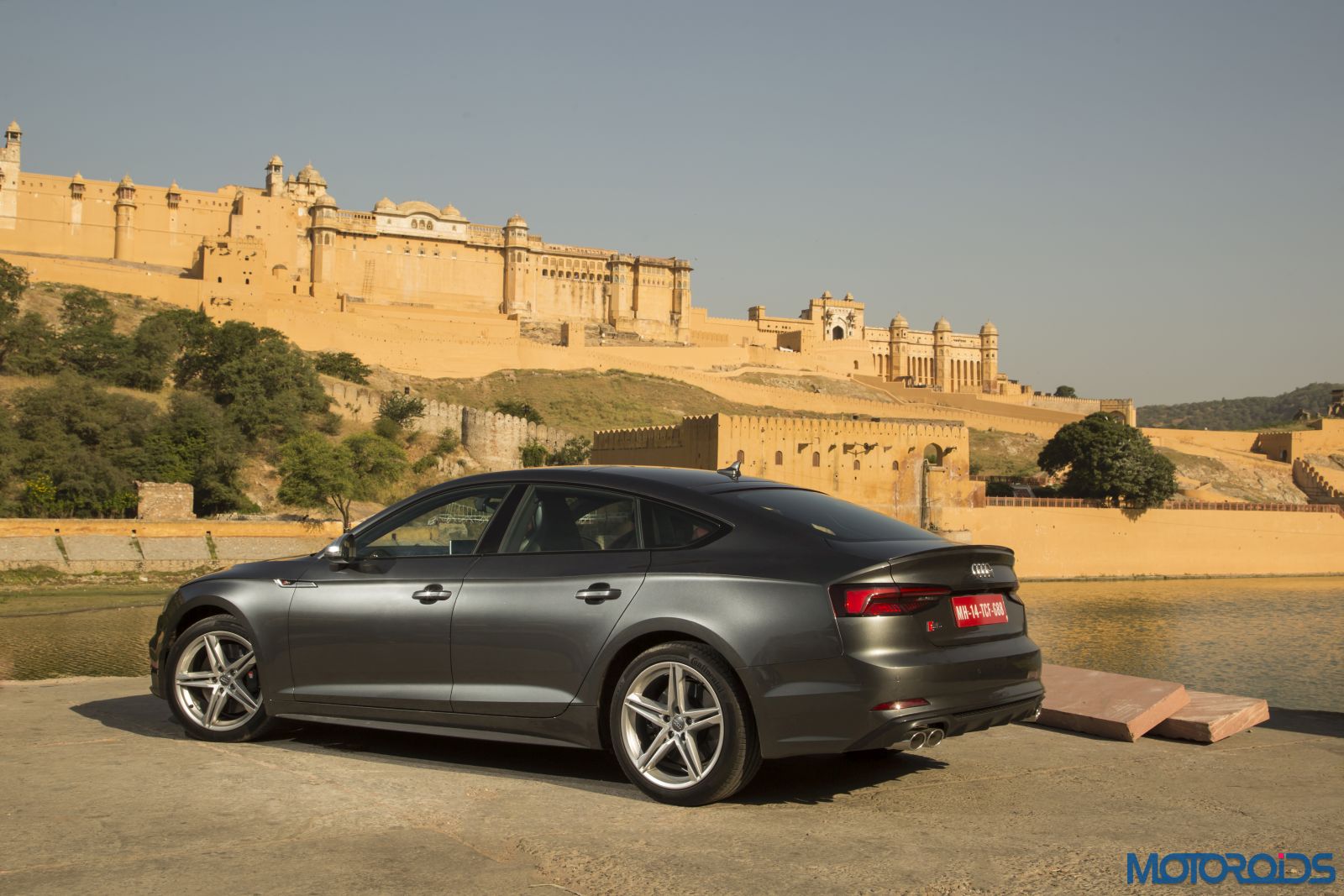 The 2017 Audi S5 can sprint from nought to a hundred in 4.7 seconds. However, dead to full-on performance isn’t electric and there’s a smidgen of a stroll before the turbo finishes tying its laces. From there on, progress is intense and the S5 can accumulate numbers in quick time till it reaches its electronically limited top speed of 250 kph. Unlike the track-focused, demonic performance which the RS line offers, the S5 nails it with the way it delivers its goods and is such a delight on the road. So much so, we didn’t mind the gearbox’s tendency to be slightly relaxed before it kicks down and lets out some pops and crackles. 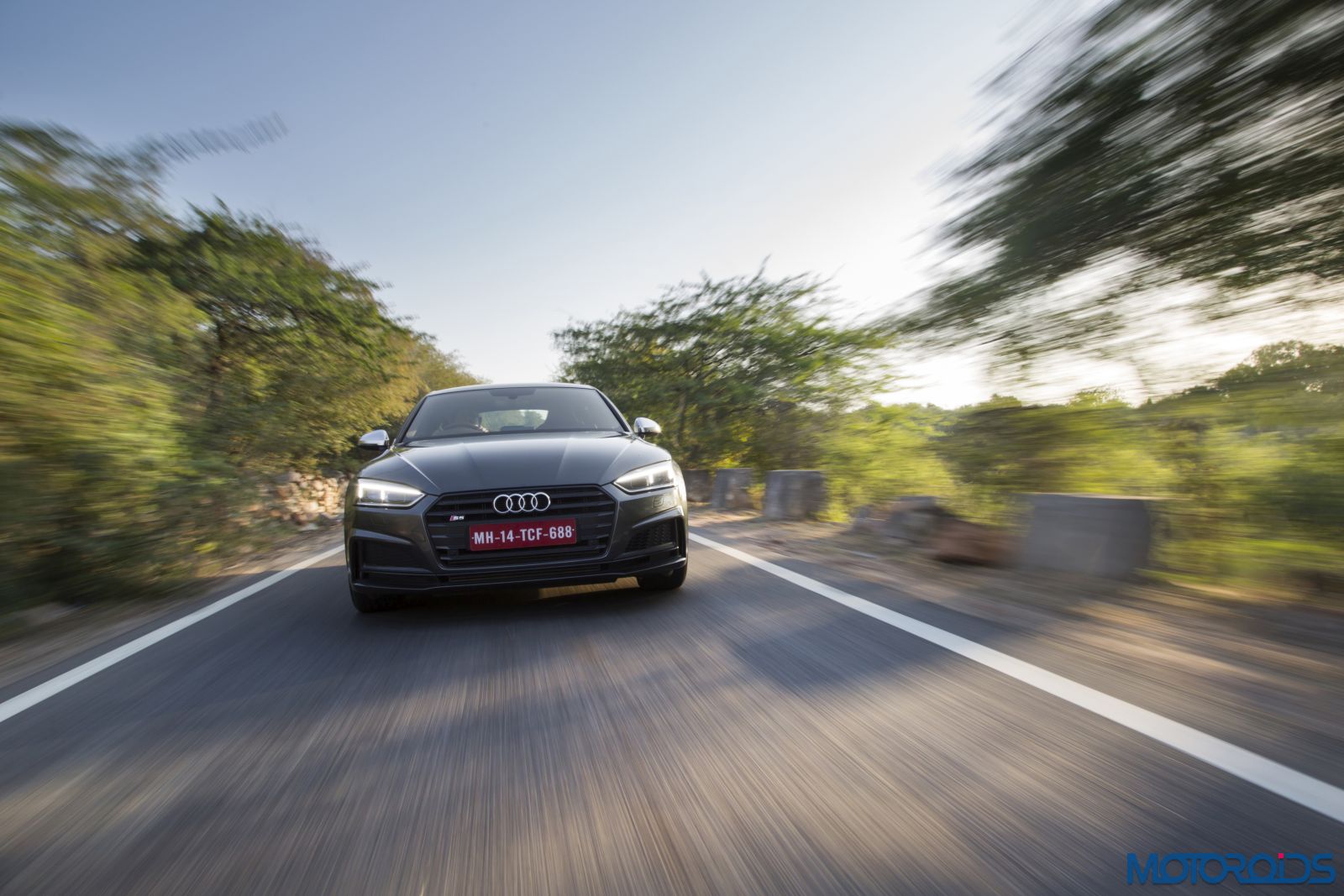 For those who care, our 70 km long driving route involved getting out of a crowded city and about 30 odd kms of a highway run. Driving with the sole intent to make the engine hit its higher notes in lower gears while doing legal speeds, the electronic display still computed an impressive figure of 6.5 kpl!

2017 Audi A5 Engine and Performance: Thoughts of Marriage 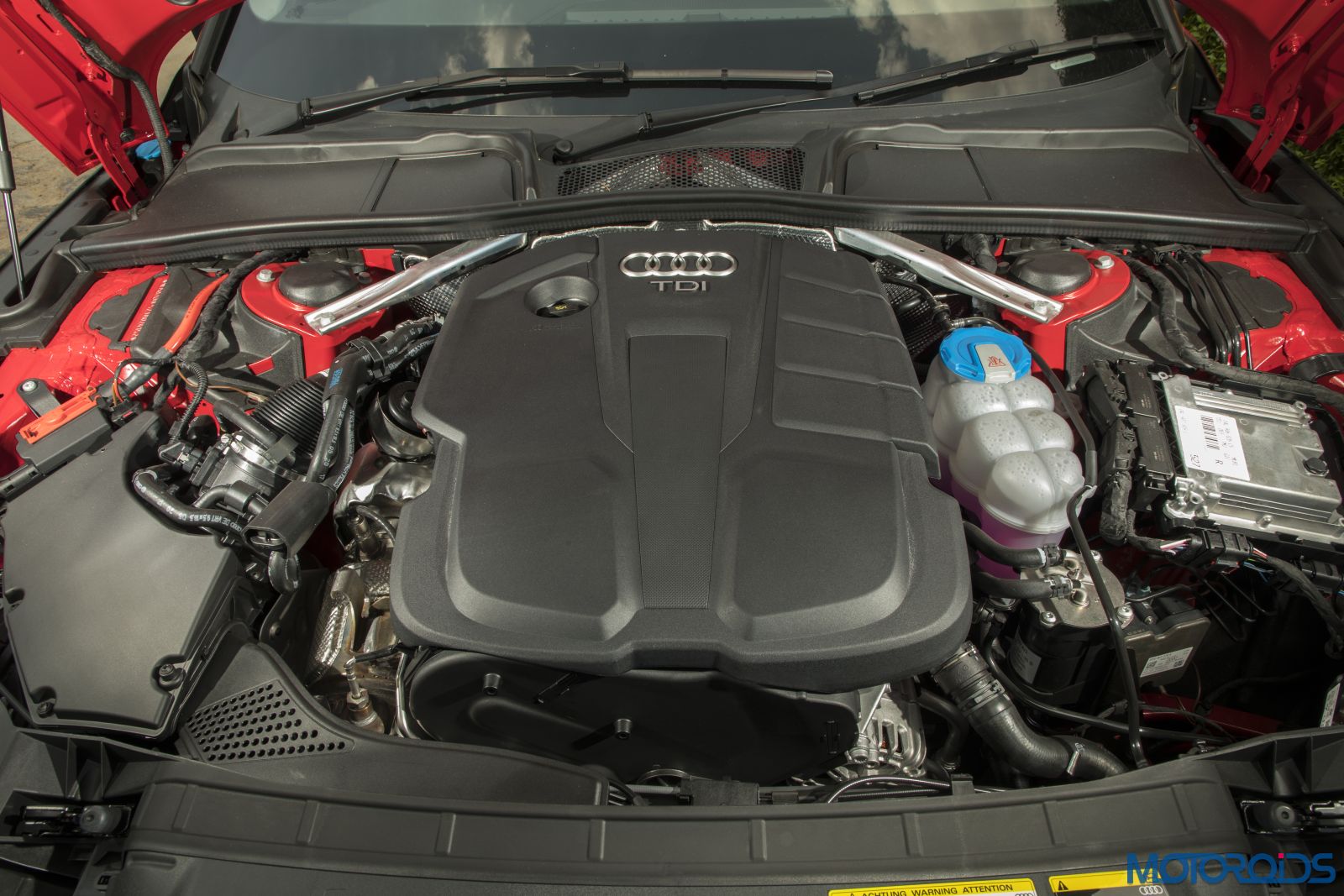 Powered by a 2.0-litre diesel which cranks out 190 HP and 400 NM, the A5 Coupe looks just as svelte but replaces the S5’s fervour for practicality under the hood. But here too, for being an FWD setup, the joys of controlled torque steer and the precision of that 7-speed DSG have their own charm. The cabin is eerily quiet for being powered by a diesel motor and performance is delivered in a delightfully progressive and hiccup-free manner. 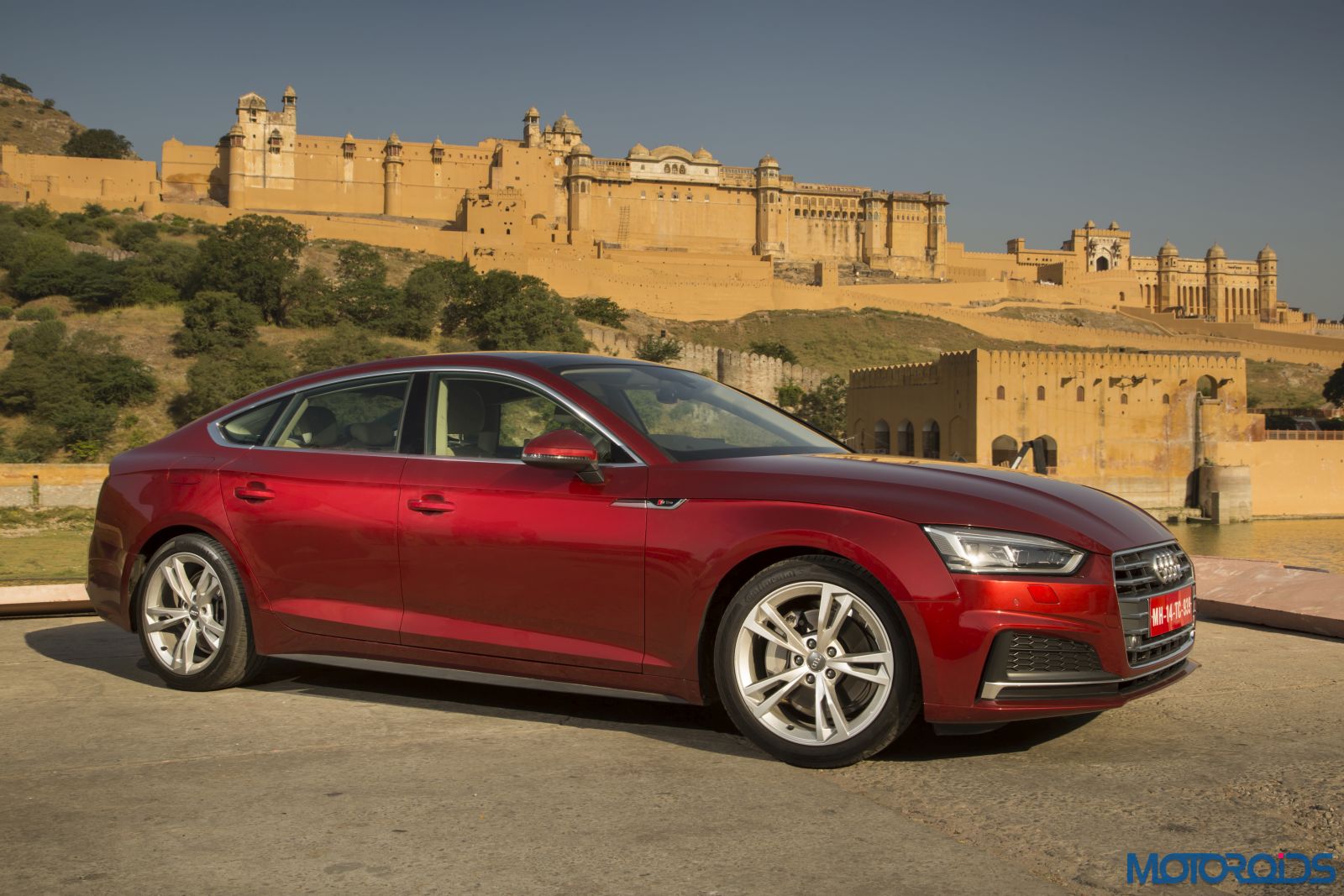 In isolation, the Audi A5 hard top isn’t a slouch by any standards. It will sprint to 100 kph from standstill in 7.9 seconds and go on to register a top speed of 235 kph. Here too, there are drive modes which dress up the car according to your mood, where an ‘Individual’ setting allows you to do the tailoring yourself. The A5 might not have the horses backing its sultry silhouette when compared to the S5. But for what it is, it can definitely sprint when asked for and cruise with its propelling components performing their duties with precision and in perfect harmony. 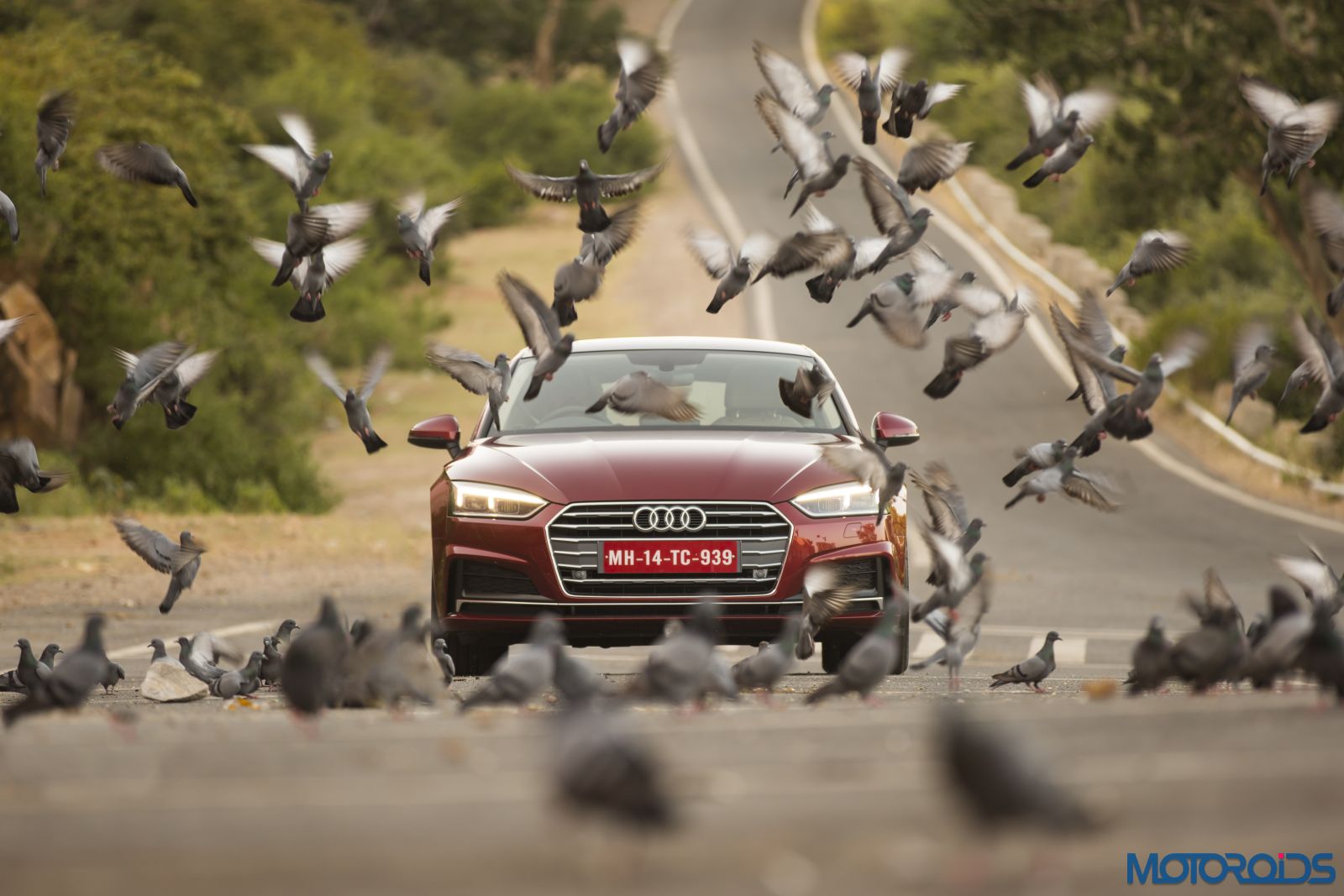 The drive itinerary did not include any time inside an A5 with its roof blown off. But here’s the surprise. The Audi A5 Cabriolet borrows the diesel motor as it is from the hard top. In the open top form, the TDI motor drives all four wheels and helps the Cabrio beat the sedan from standstill to a 100 kph by 0.1 of a second. 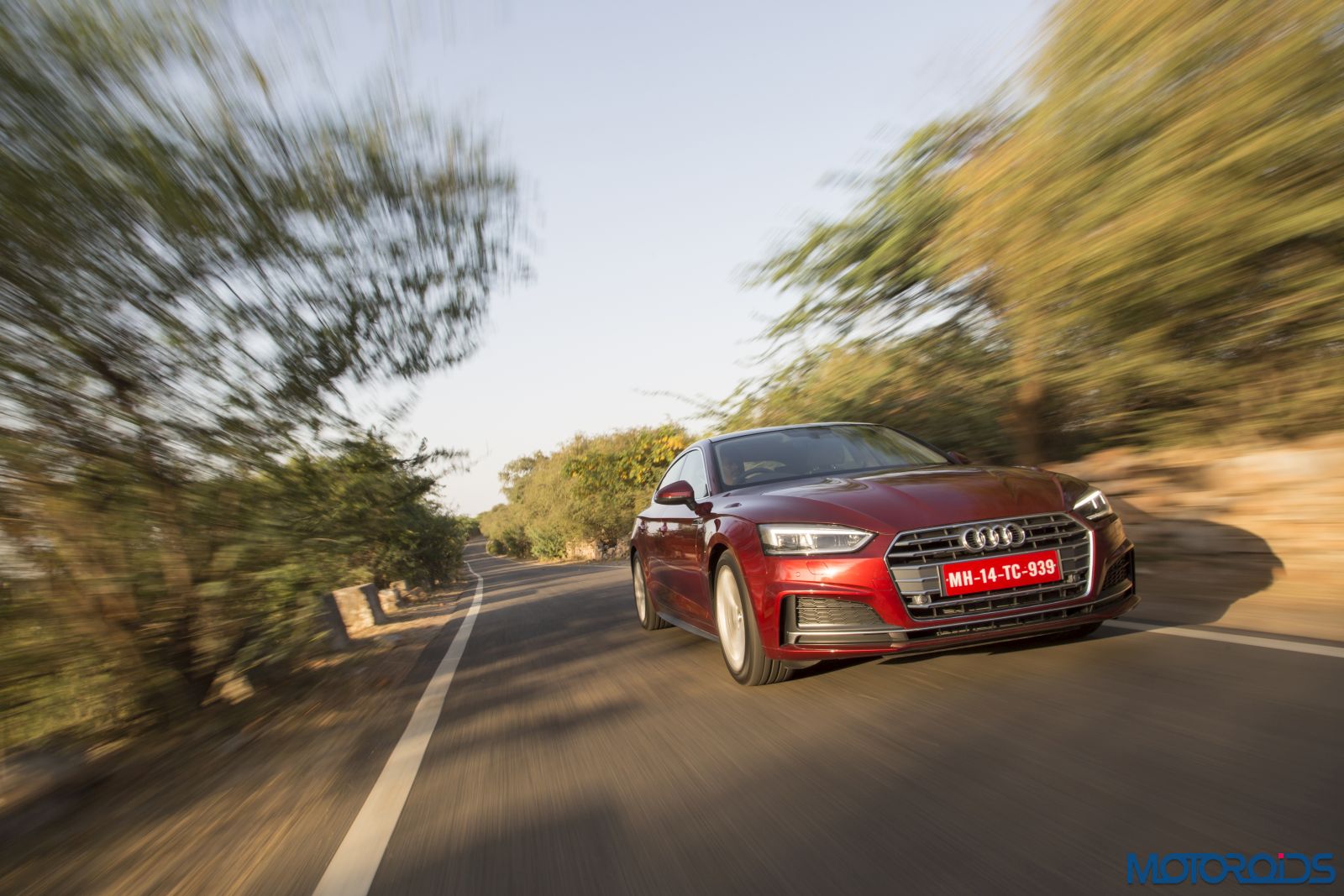 Minus the added alacrity to things, the Audi A5 and S5 are pretty similar in the way they drive. The steering system, like most modern Audis, feels lifeless at low speeds. Unless you’ve dialled in ‘Dynamic’, which is when it puts on some additional heft as you begin to turn the wheel over. Having said that, there’s only that disconnected feel which we don’t like. Otherwise, it is precise, agile, and points that good looking nose just where you want it.

The Audi A5 and S5 is all about low slung sex appeal and if you’re after a magic carpet ride, these aren’t the Audis for you. Having said that, on smooth roads, the A5, in particular, feels typically German and the softer among the two. Sure it thuds over ruts and potholes but the effects don’t really creep into the cabin all that much. When the going is smooth, it simply chugs along comfortably. The S5 too won’t make your bum bounce about in the well-bolstered seats and even in ‘Sport’ mode, allows room for the suspension to absorb minor undulations just fine. Anything deep and sharp is immediately perceptible. But never did the S5 feel like it doesn’t belong on our kind of roads. Over the dozens of speed humps both cars encountered, neither of them scraped anything even once. 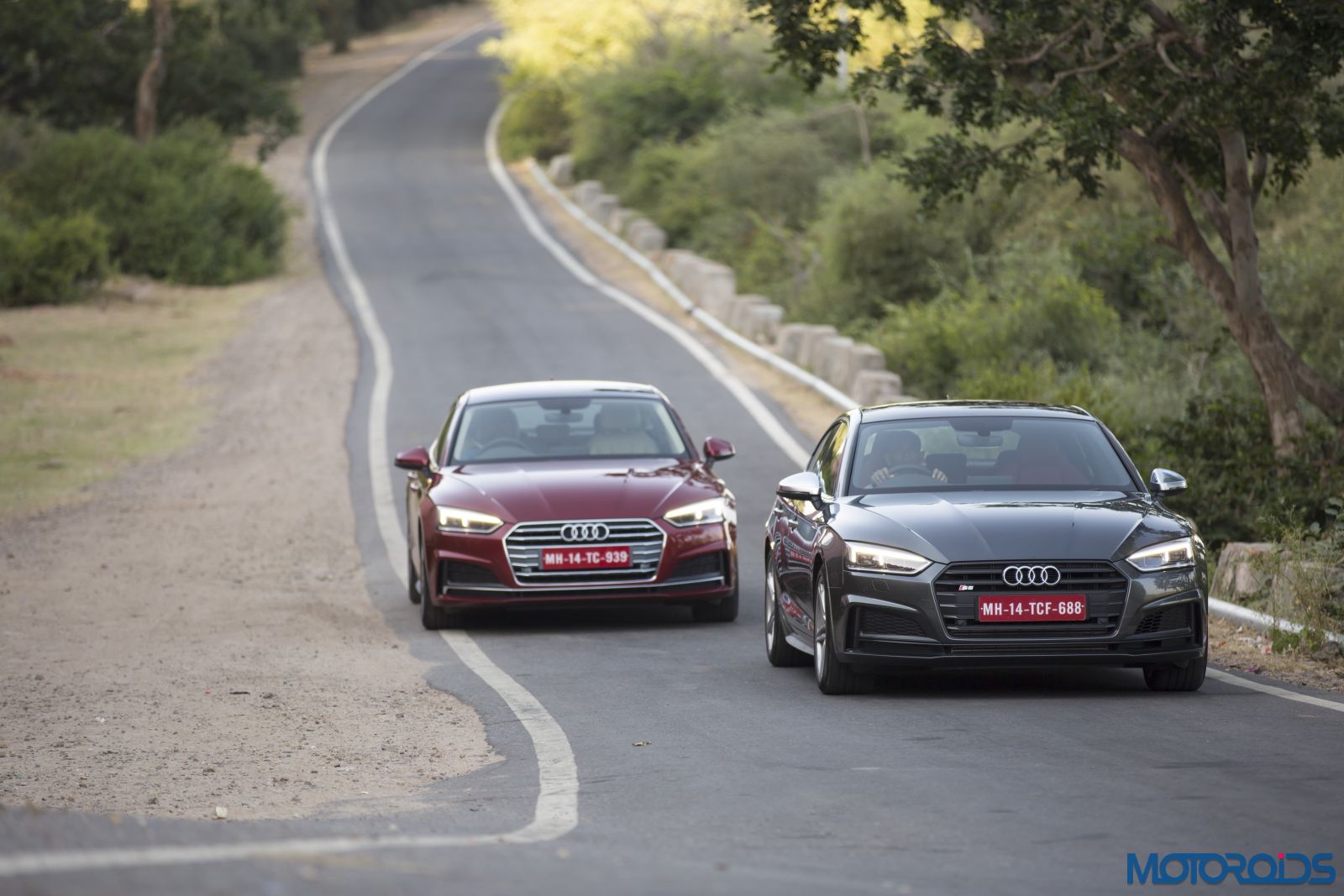 Our drive experience was relegated to an urban setup and arrow-straight highways with the odd flowing corner thrown in. From our experience, we can tell you that straight line stability for both cars is a given in any case. Around some long-ish bends too, both the S5 and the A5 tracked the intended line with a flat-ish demeanour. However, our opinion about how they go around bends has to be reserved for another day. Brakes feel great and help the cars shed speed in a neat, progressive manner. The setup on the S5 feels sharper and definitely bites into those discs with additional force.

2017 Audi A5 and S5 Interiors and Features: Underneath your Clothes… 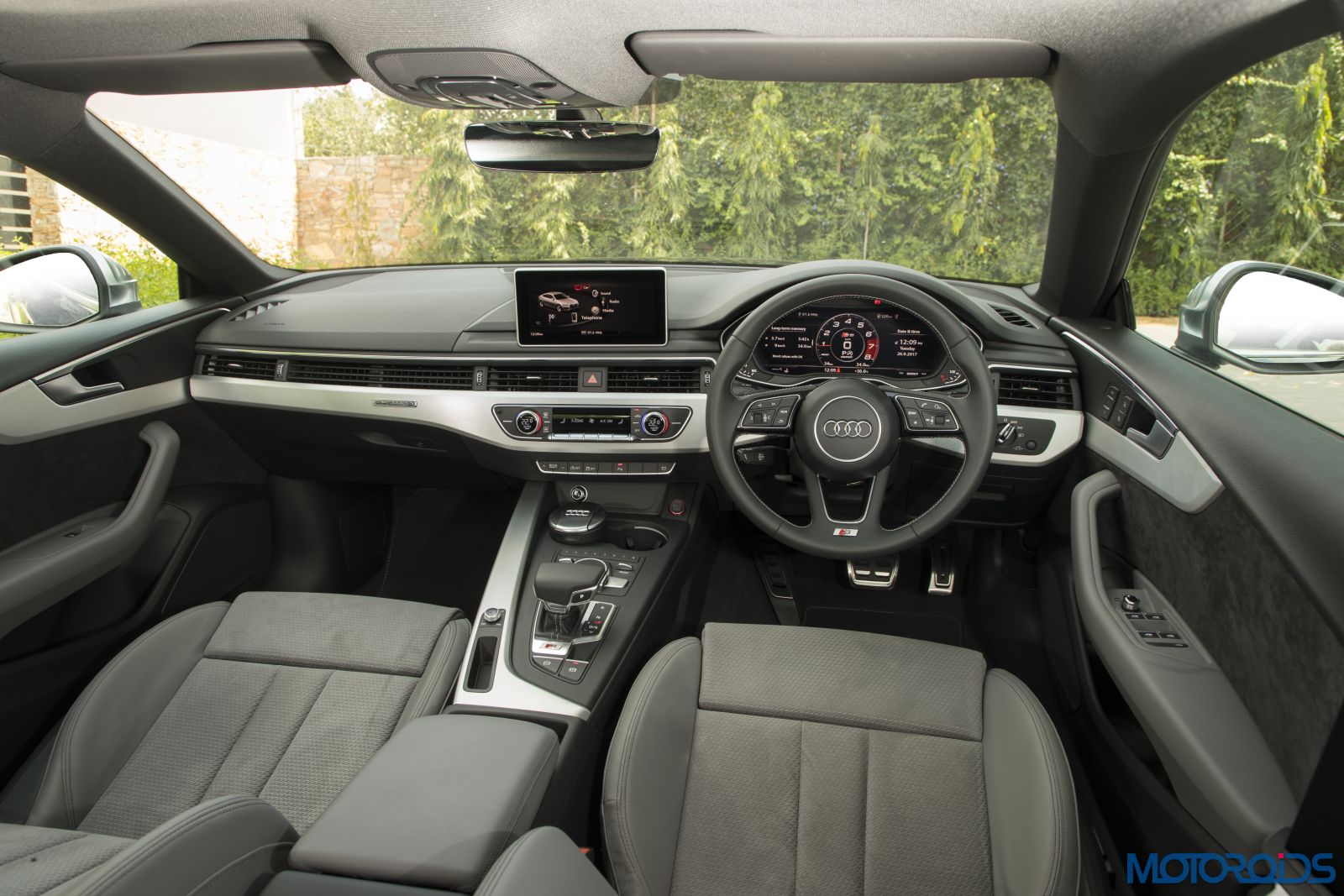 …there’s a premium story and the territory is well appointed where you get all the things you deserve for being such a good boy or a girl. However, there’s that familiarity thing going on inside and what surrounds you doesn’t overwhelm you visually if you’ve ever sat inside any of the new-gen Audis. The crisp looking all-electronic instrument cluster does look attractive but its novelty dials down after a while. However, for being journos who walk in and out of different cabins repeatedly, maybe it’s just us. Potential owners who peek inside could see things in a different light. 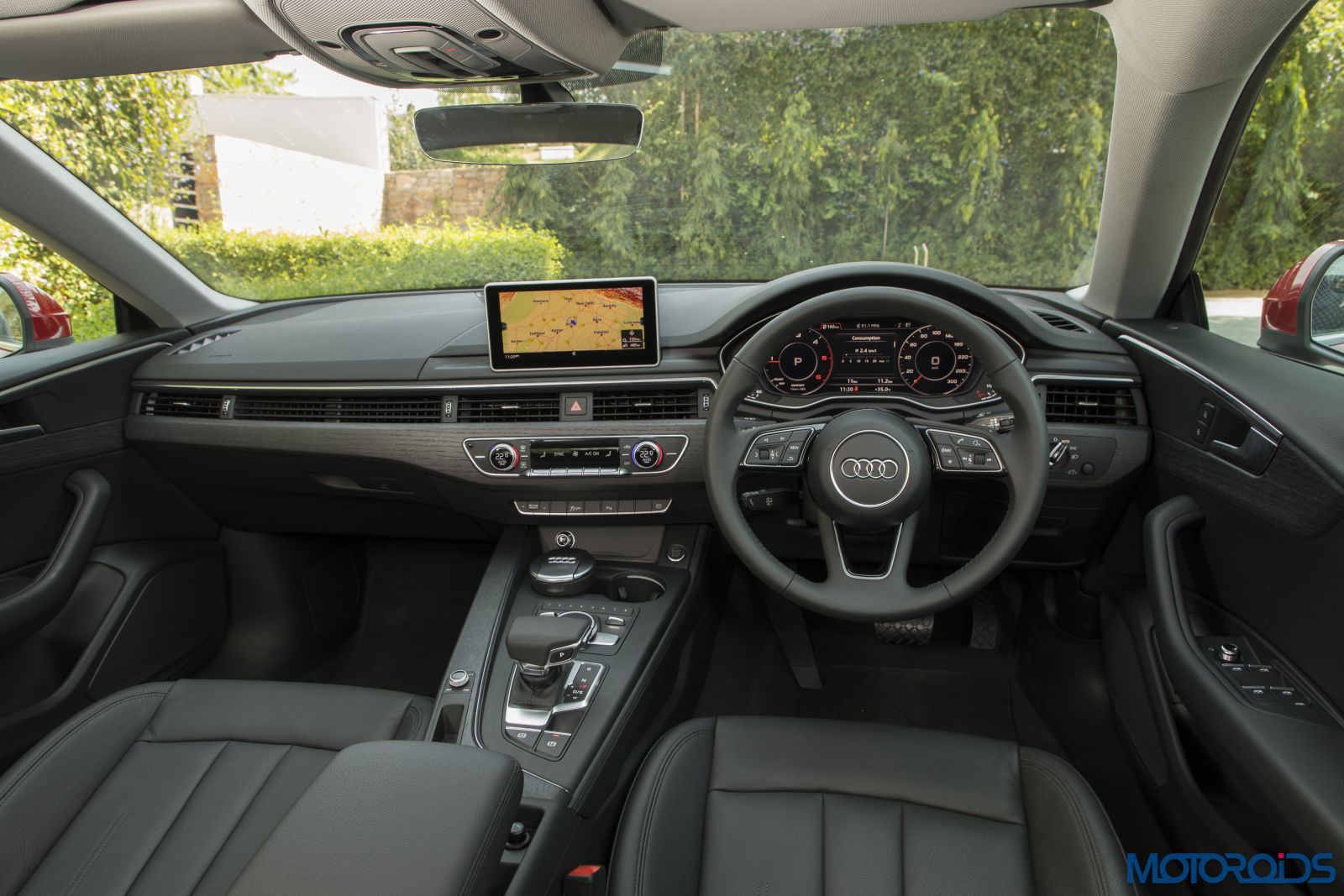 With regards to layout and bits and bobs, equipment on both the cars is similar, except for the brushed aluminium inserts which the S5 gets over the charcoal coloured, textured wood inserts on the A5. The choice of hide for the upholstery is also different and we observed that seat bolstering on the S5 is taller and curves more towards the inside when compared to the A5. The centre console is tilted towards the driver and gets a floating MMI display which looks crisp but won’t do a Houdini on you. A jog dial lets you control everything from Audio to Navigation to Vehicle settings. Talking about Audio, the Audi S5 comes fitted with a 750-watt B&O sound system which sounds fantastic if your ears ever get tired of the stuff that comes out of those quad rear pipes. 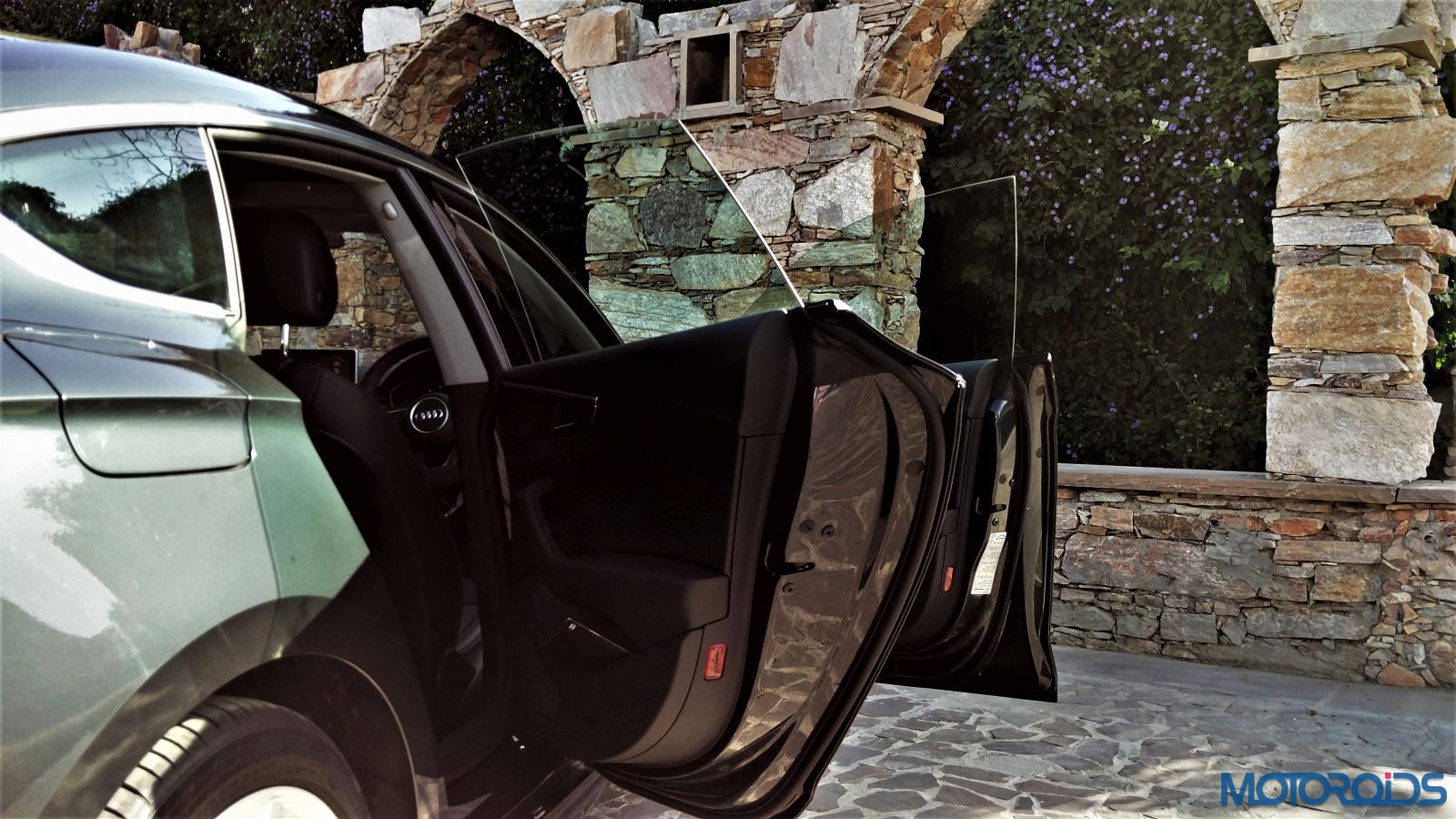 Once you’ve popped open one of those strapless doors, getting in and out requires some caring for your head if you are tall. You sit low in the front chairs but there’s every possible adjustment available to make you comfortable. Headroom throughout the cabin is just about adequate though. 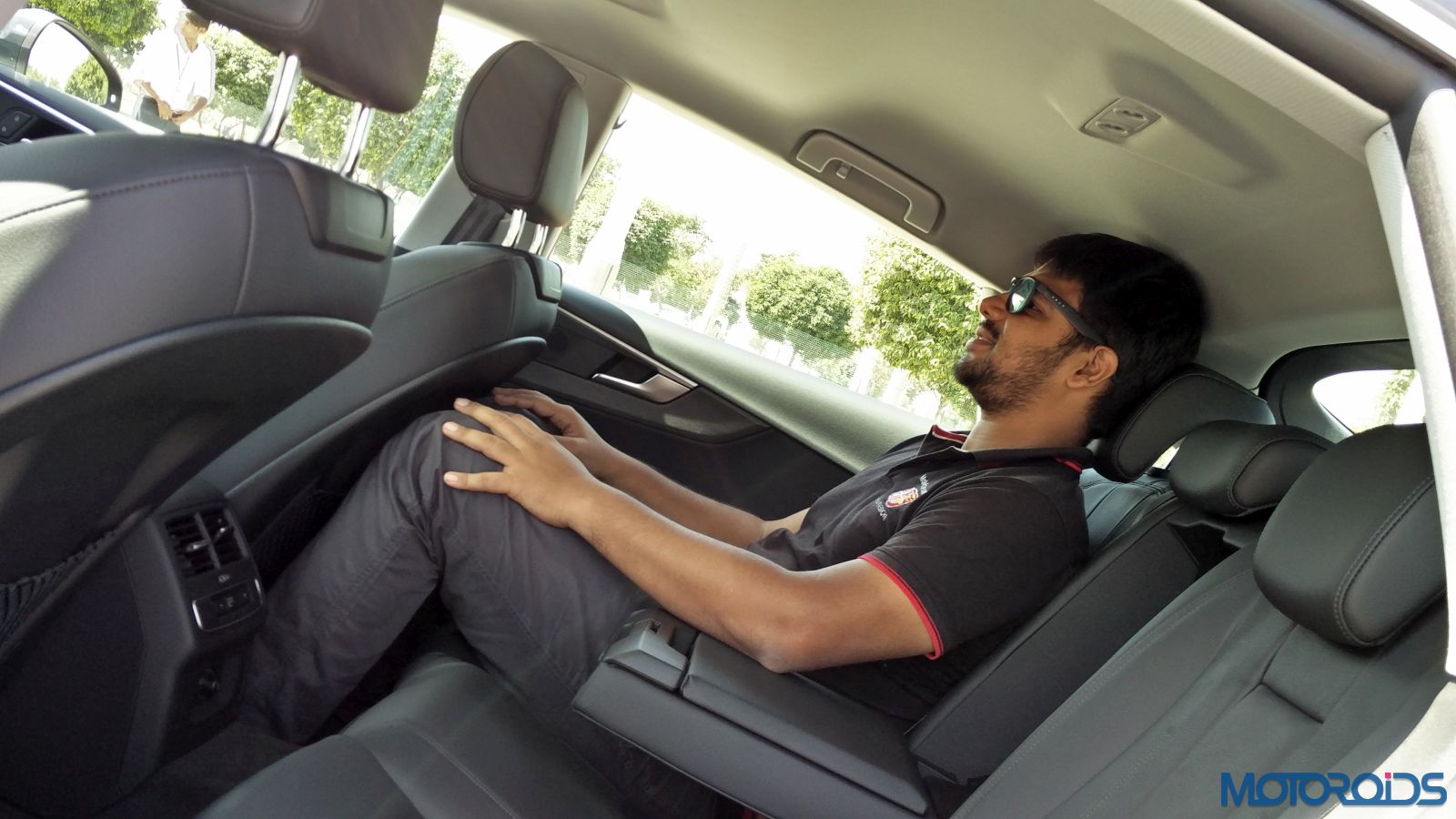 If you breach the six feet mark and there are equally tall passenger behind, they’ll be cosy and comfortable as long as they don’t feel like stretching it out. If you want to know whether five folks will fit in the rear seat? They’ll fit, but for such thoughts, you should be reading about an MPV instead.

Boot space is staggering for a car which looks like that and when the standard fare isn’t enough, the rear backrests can tumble down in a 60:40 split. Once you do that, that space becomes flat and gives you all kinds of ideas. 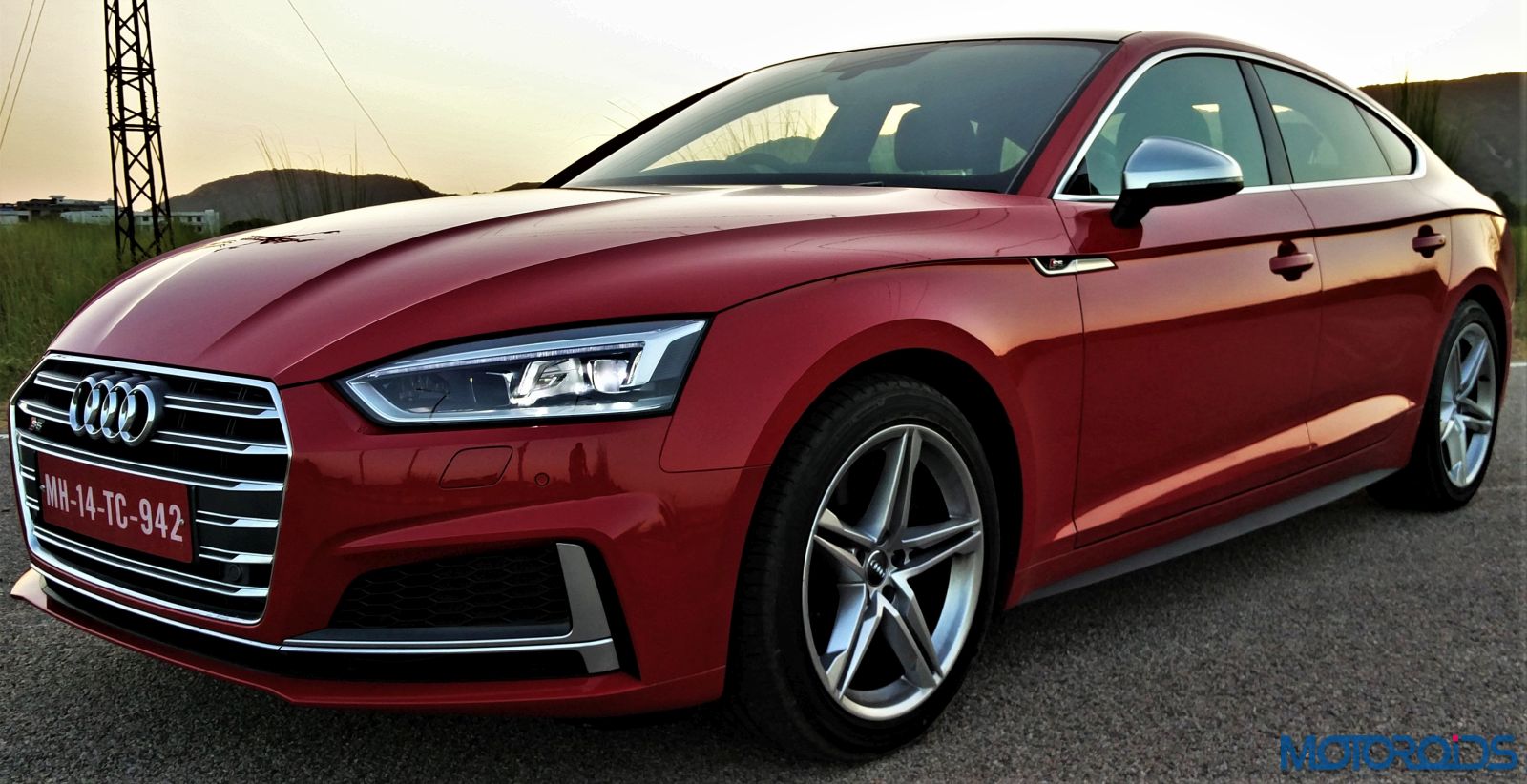 You’ve got to love how those crisp creases on the Audi A5 and S5’s bonnet swoop down towards the singleframe like they’re trying to carry some sort of energy towards it. Then there’s that single long crease along the sides which emphasizes the curves and is also the bonnet’s shut line. 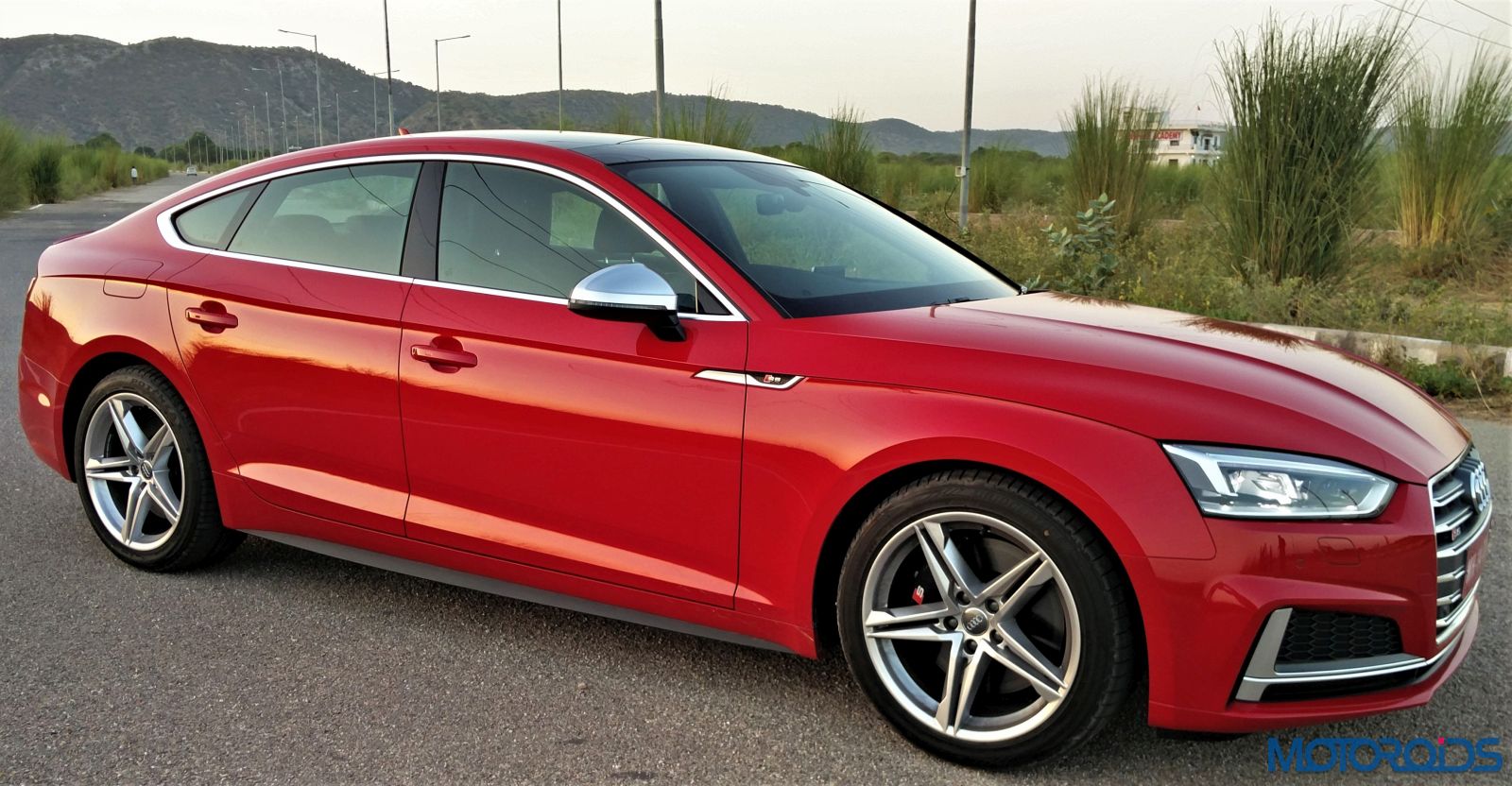 The entire car is a visual treat where bulges, curves, creases, and the swooping roofline makes you want to take a moment and appreciate the presence. Make no mistake, it still looks every bit an Audi, but is a great looking Audi for that matter which breaks away and stands out from the norm with its differently hammered metal. 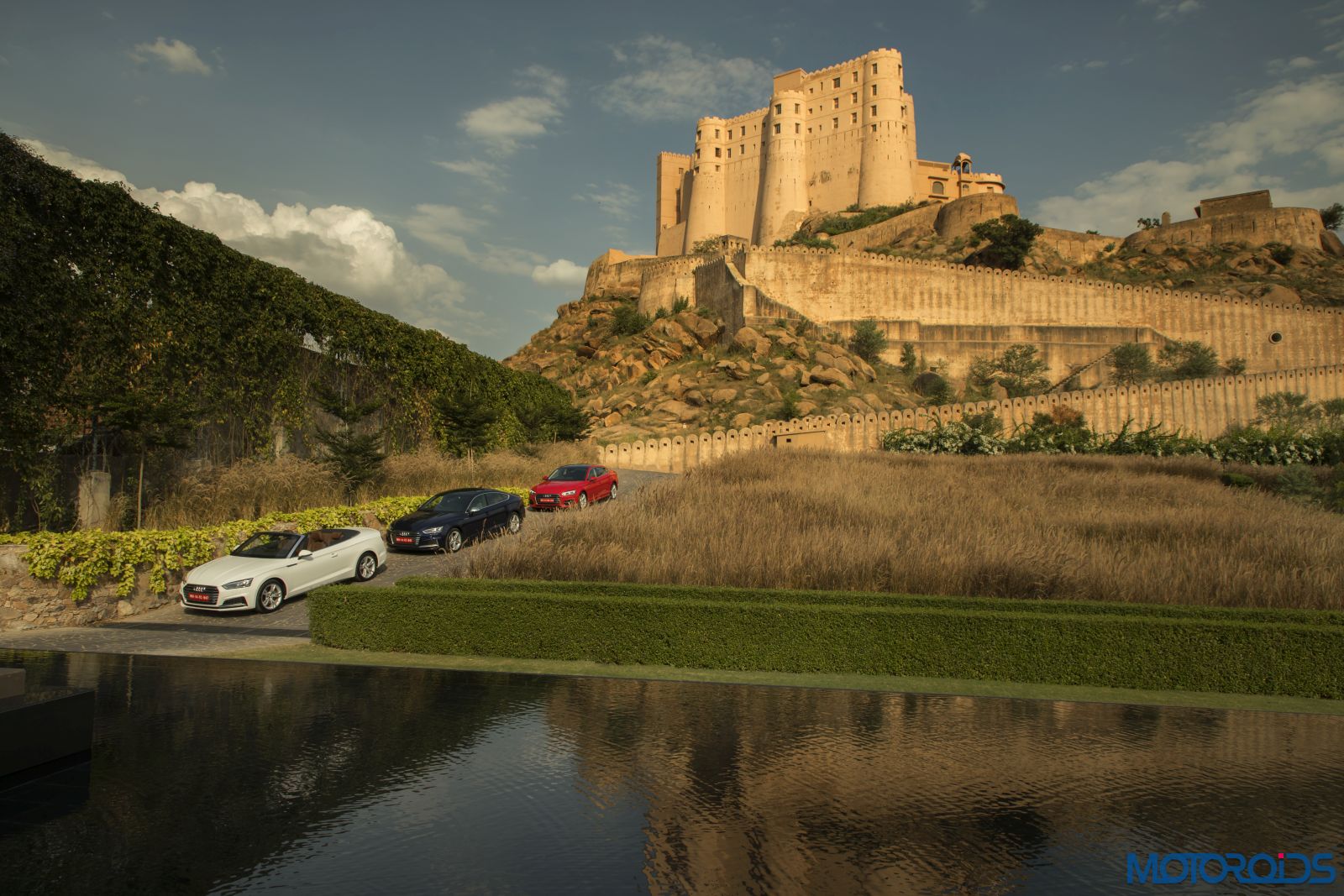 There’s a growing dilemma among those who are ready to spend for a premium car that the individuality and uniqueness these things offered have long been lost. There are just too many out there on the road of the same kind and for someone who wants heads to turn while parading his choice, there aren’t many options. With the Audi A5, now there is. 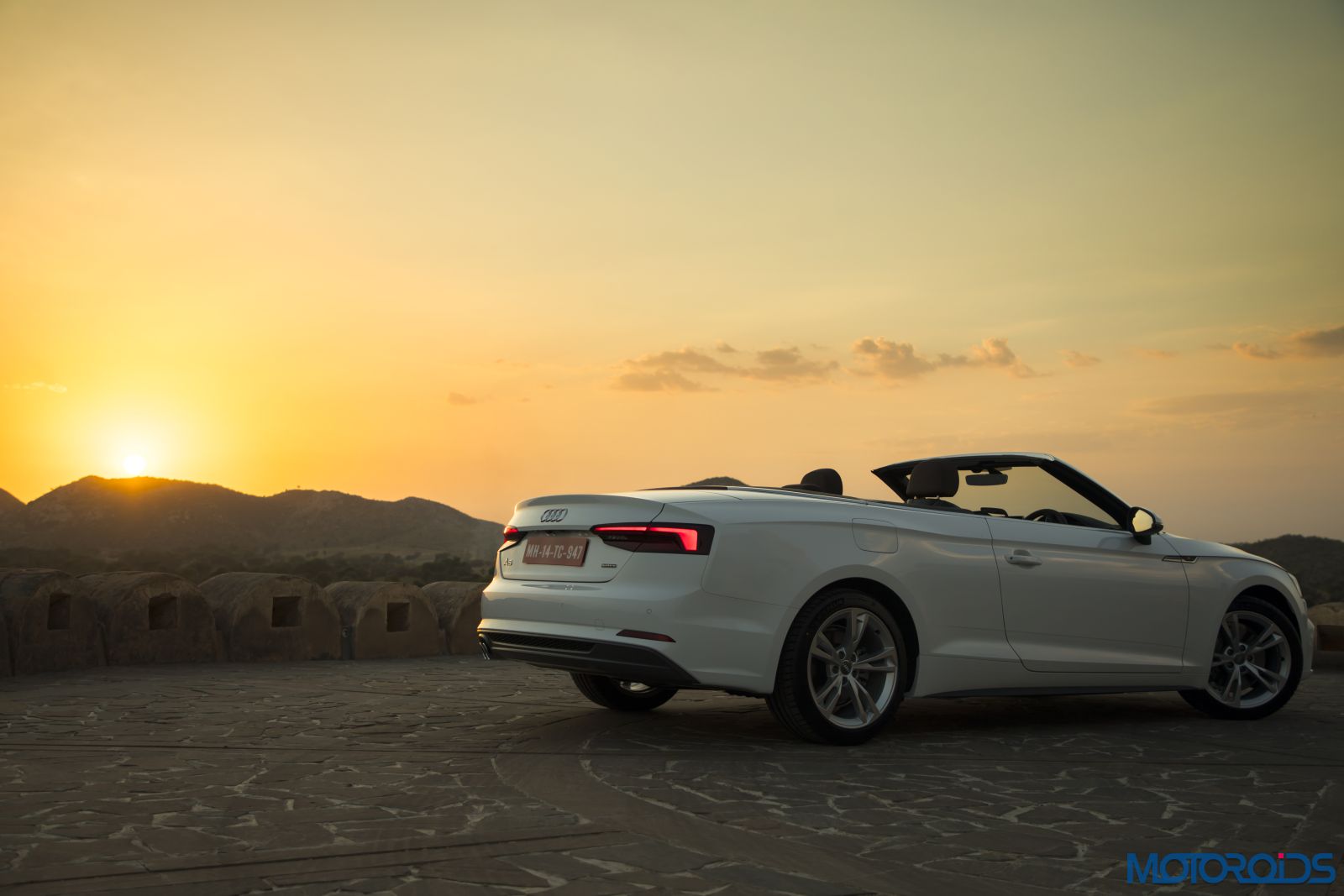 If you’re someone who also wants to be seen and visually congratulated for your taste, the A5 Cabriolet is just the thing for you. For all your emotive needs which must come from a motorcar, the buck stops at the 2017 Audi S5. It enthrals with its performance, looks fantastic and somehow is one those rare modern cars you feel a connection with. 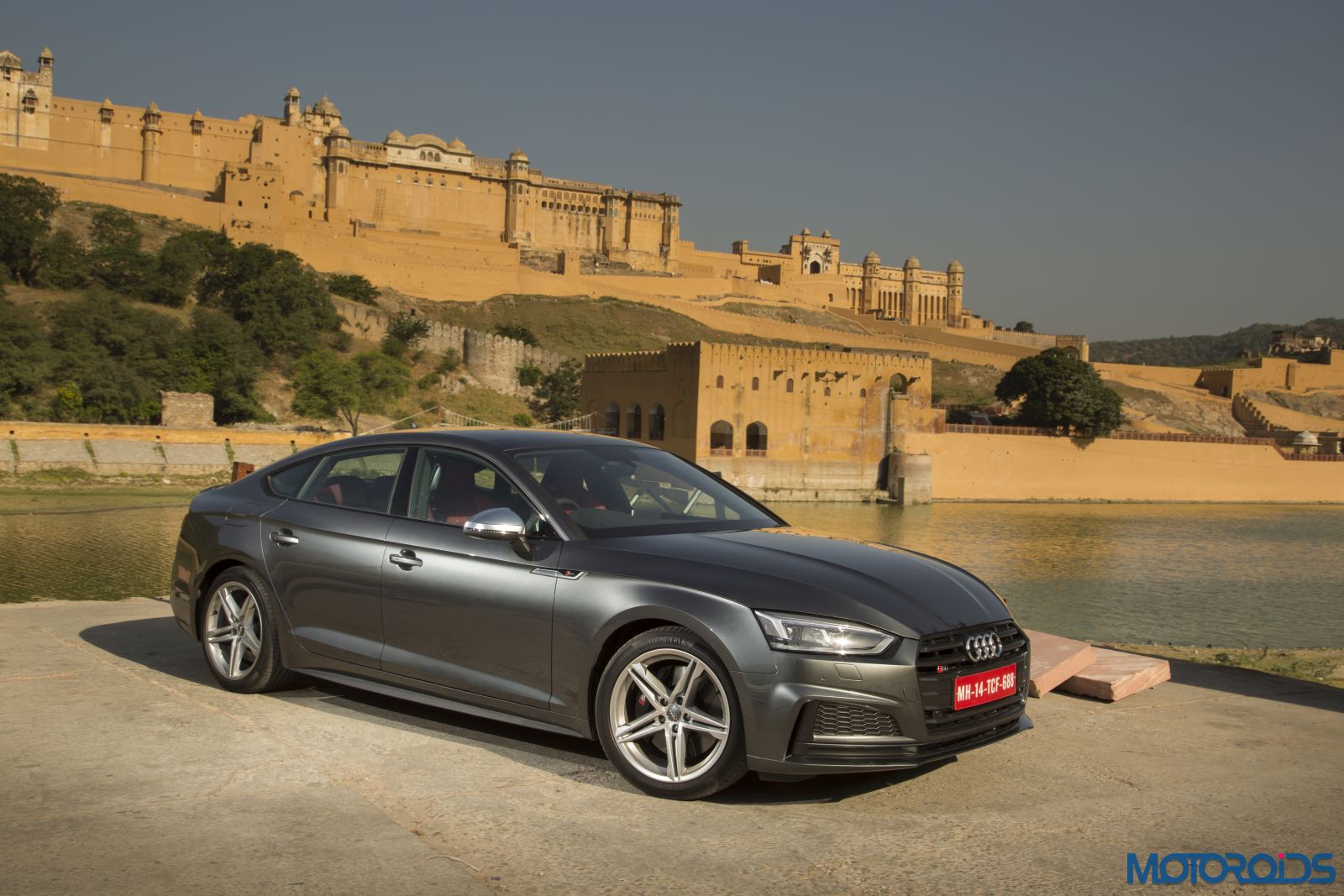 It is one of those cars you will fondly remember and talk about when your hair turns grey. And if they have already, you’ll definitely make some fast and sweet sounding memories with the S5. 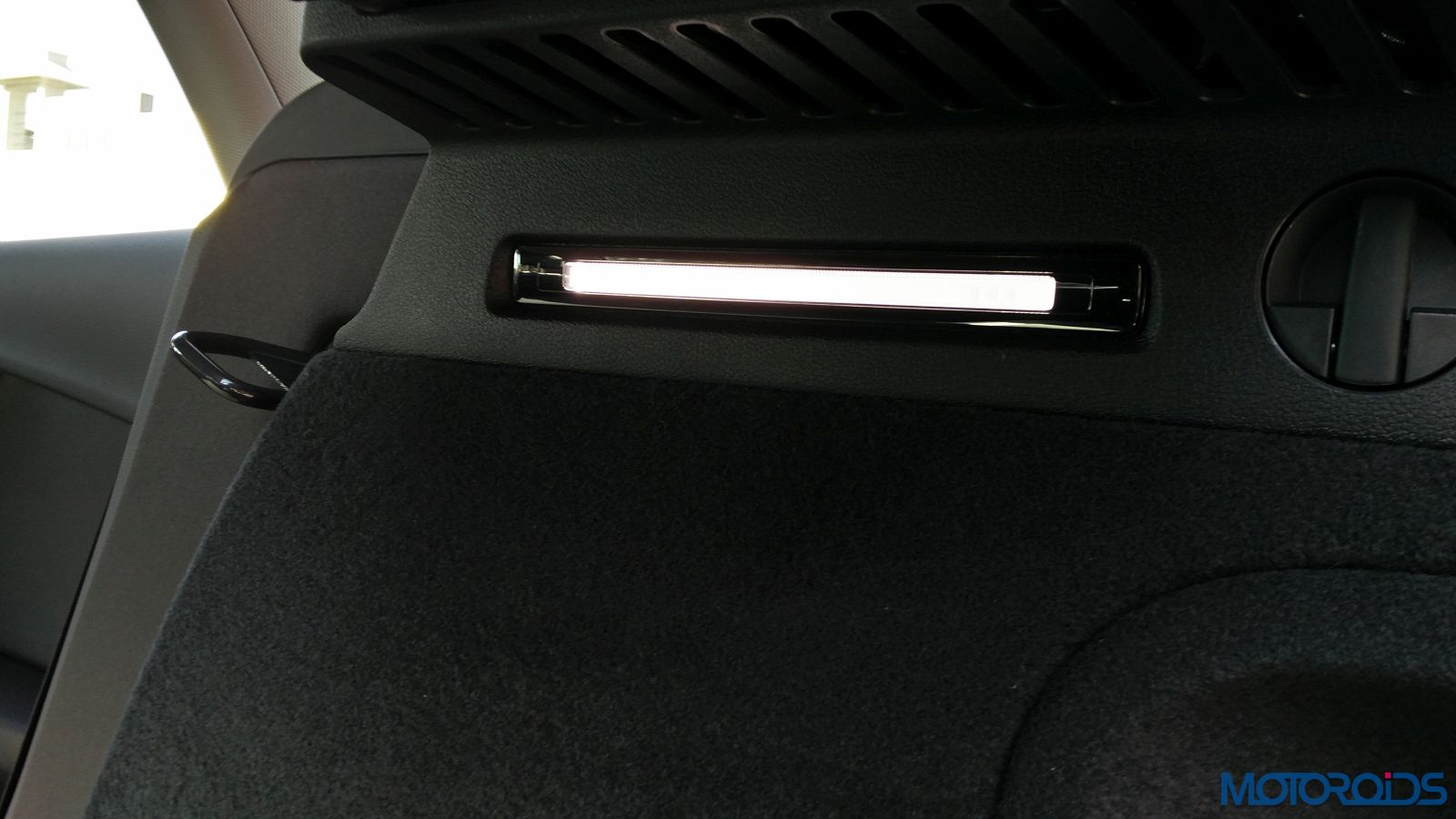 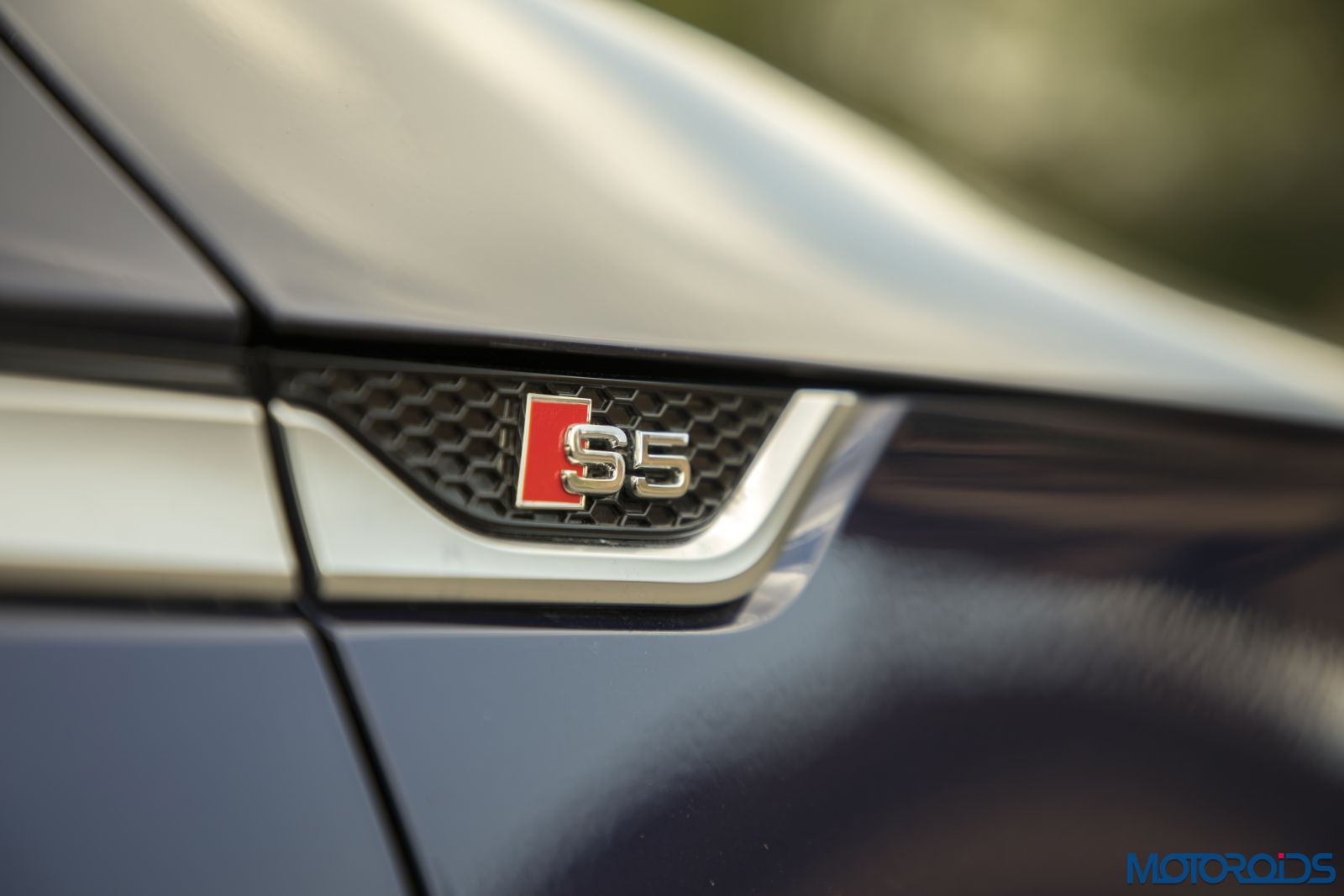 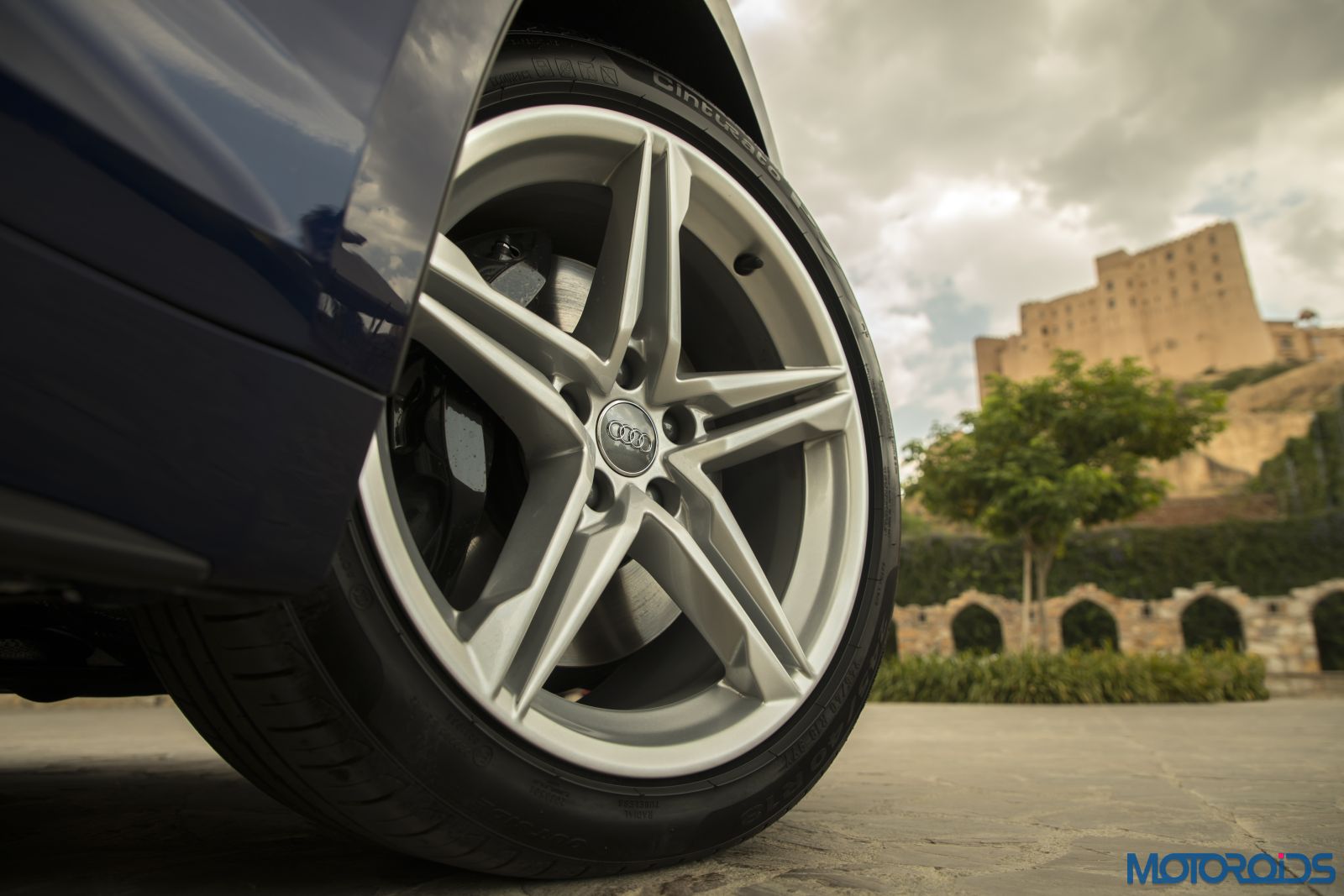 That’s the wheel pattern for the S5 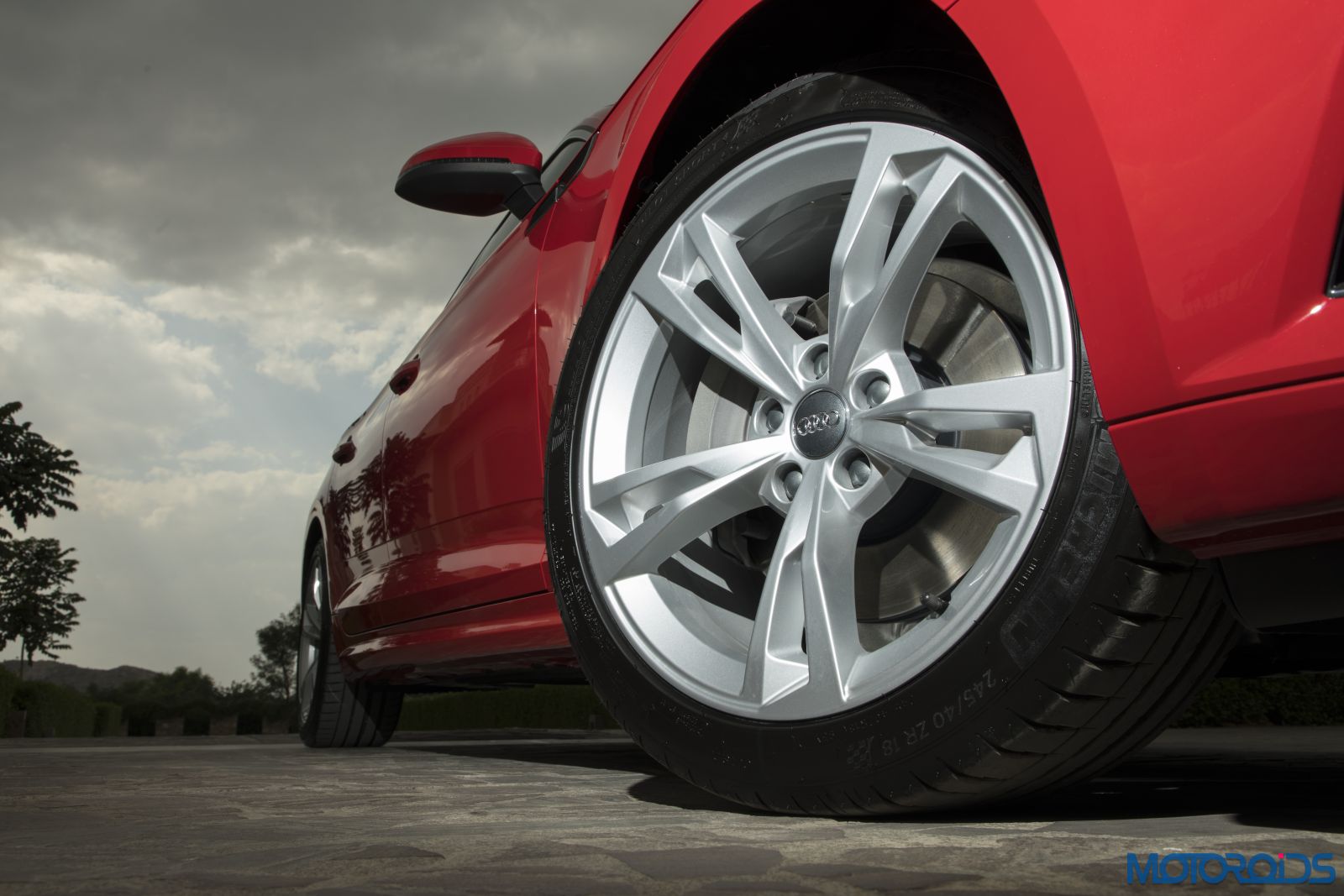 How they look on the A5 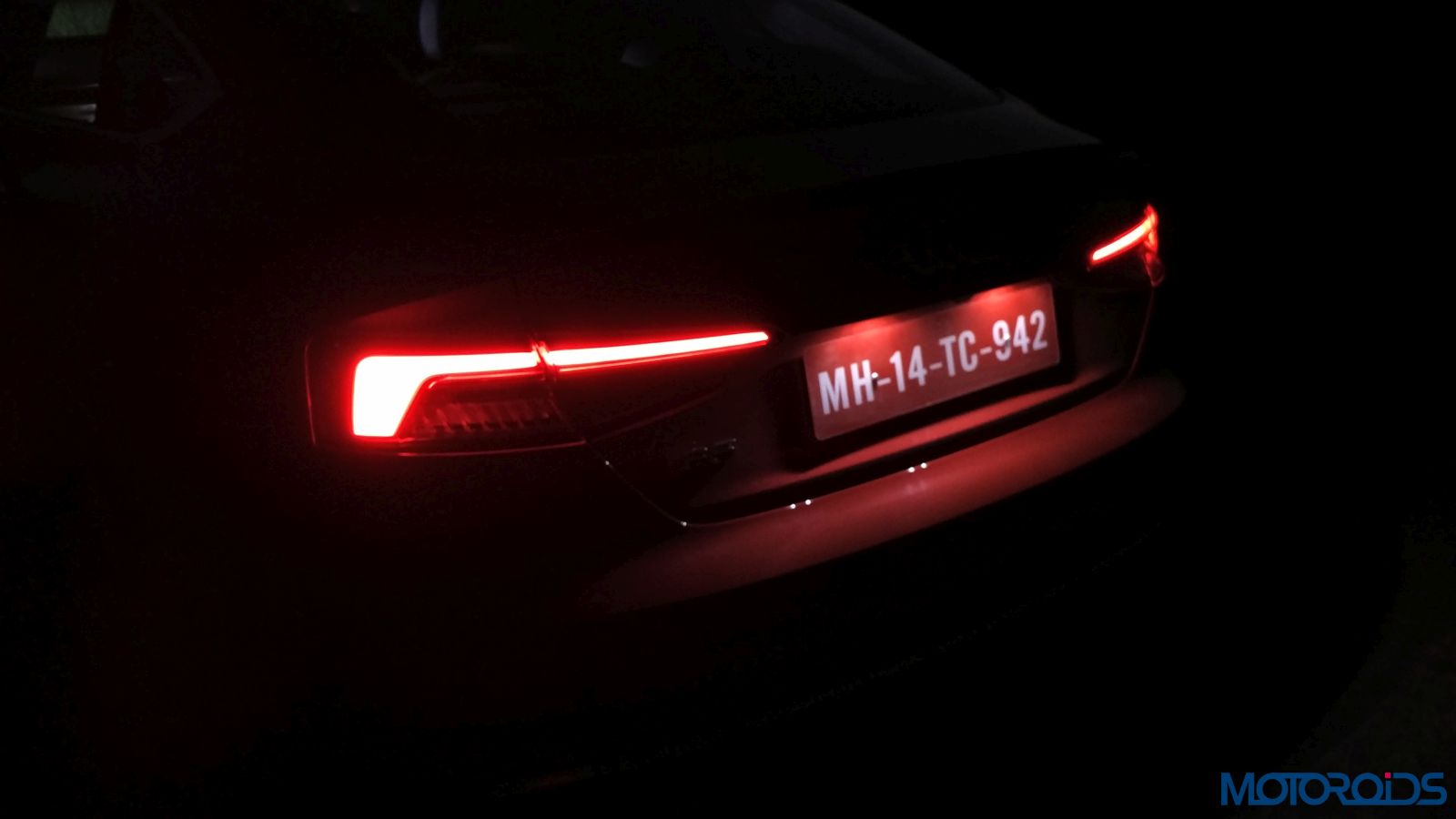 If you wanted a single large illuminating source at the back like the new A8, there’s a big stop lamp placed at the top of the rear windscreen 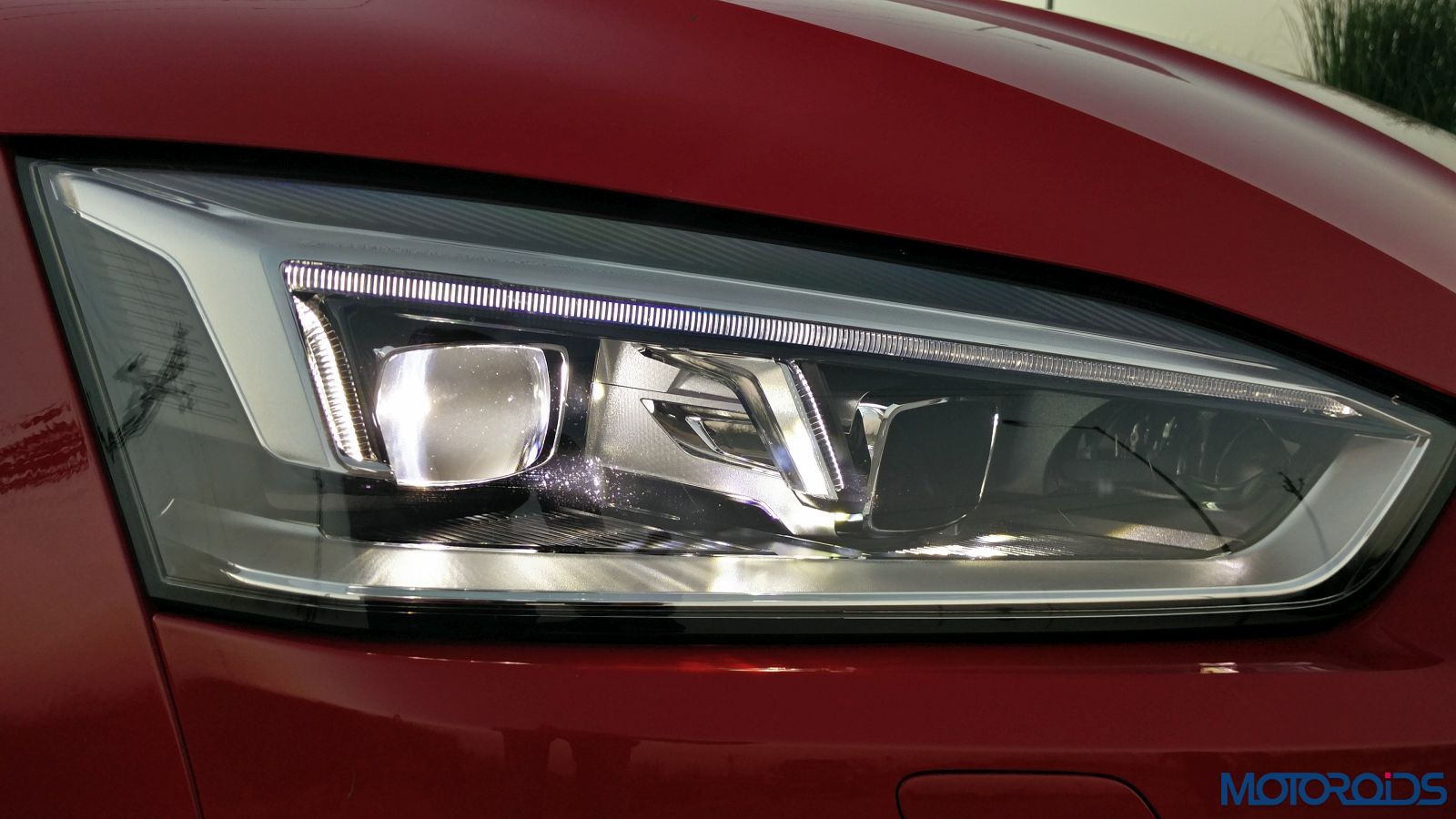 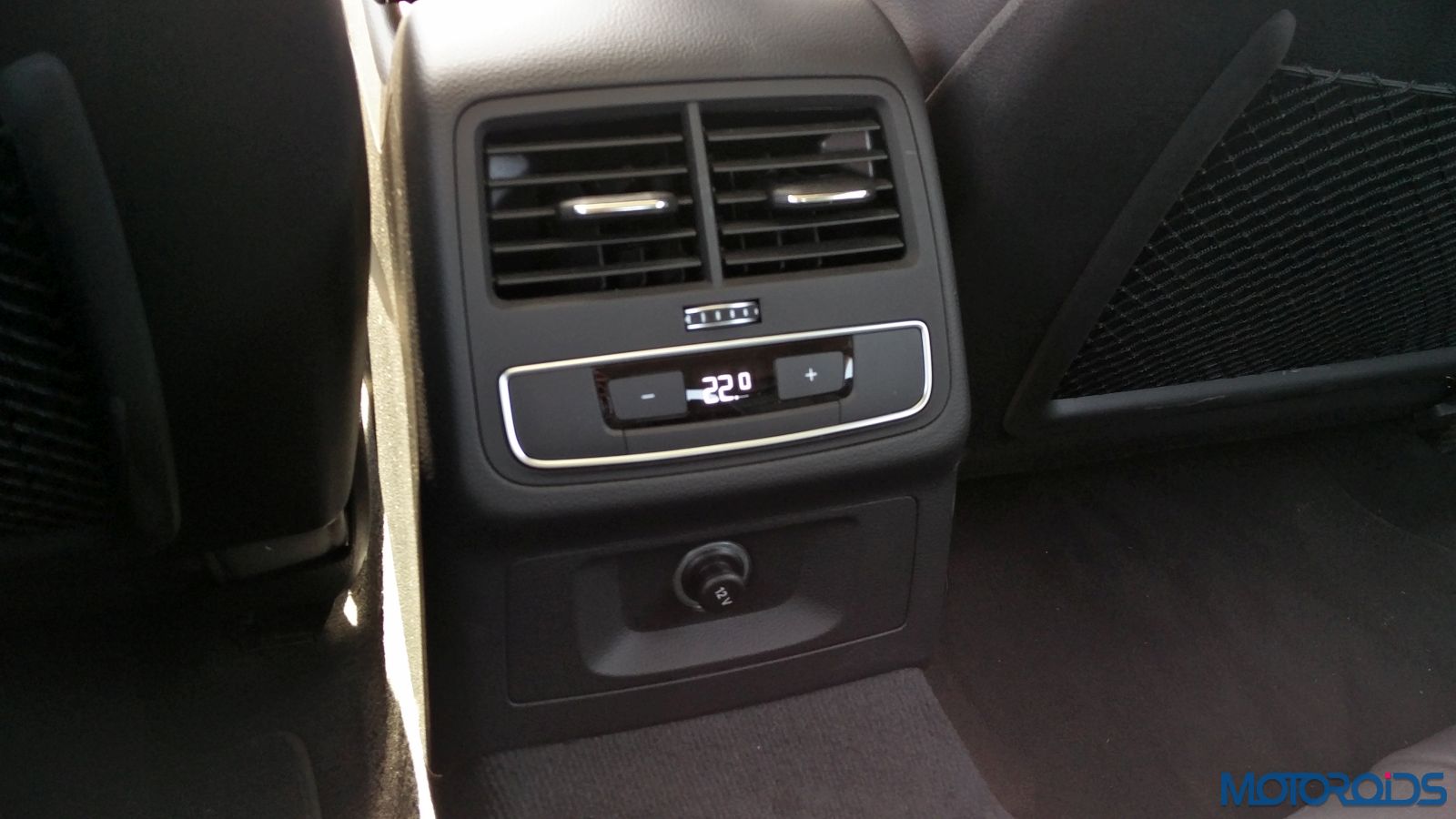 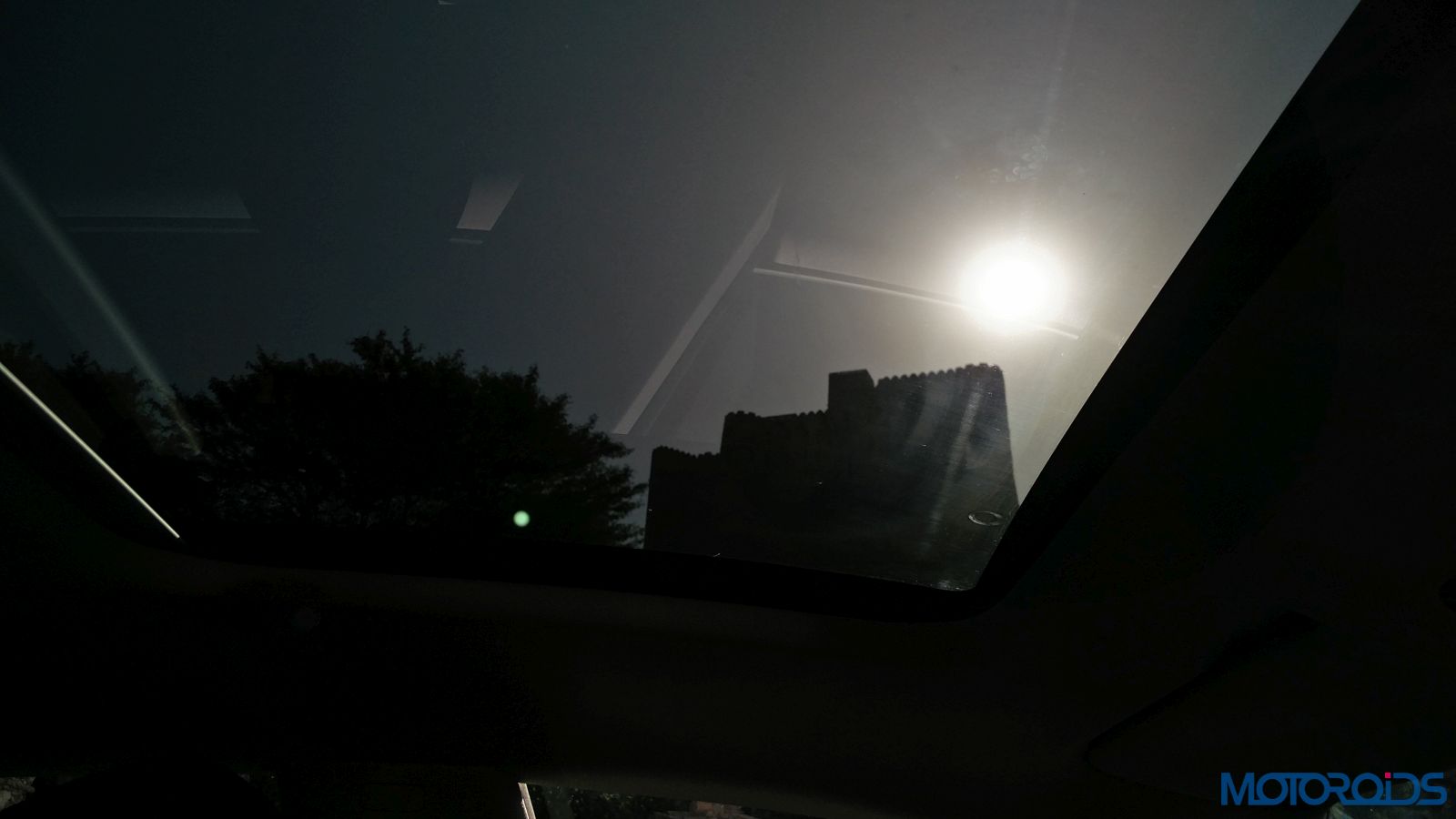 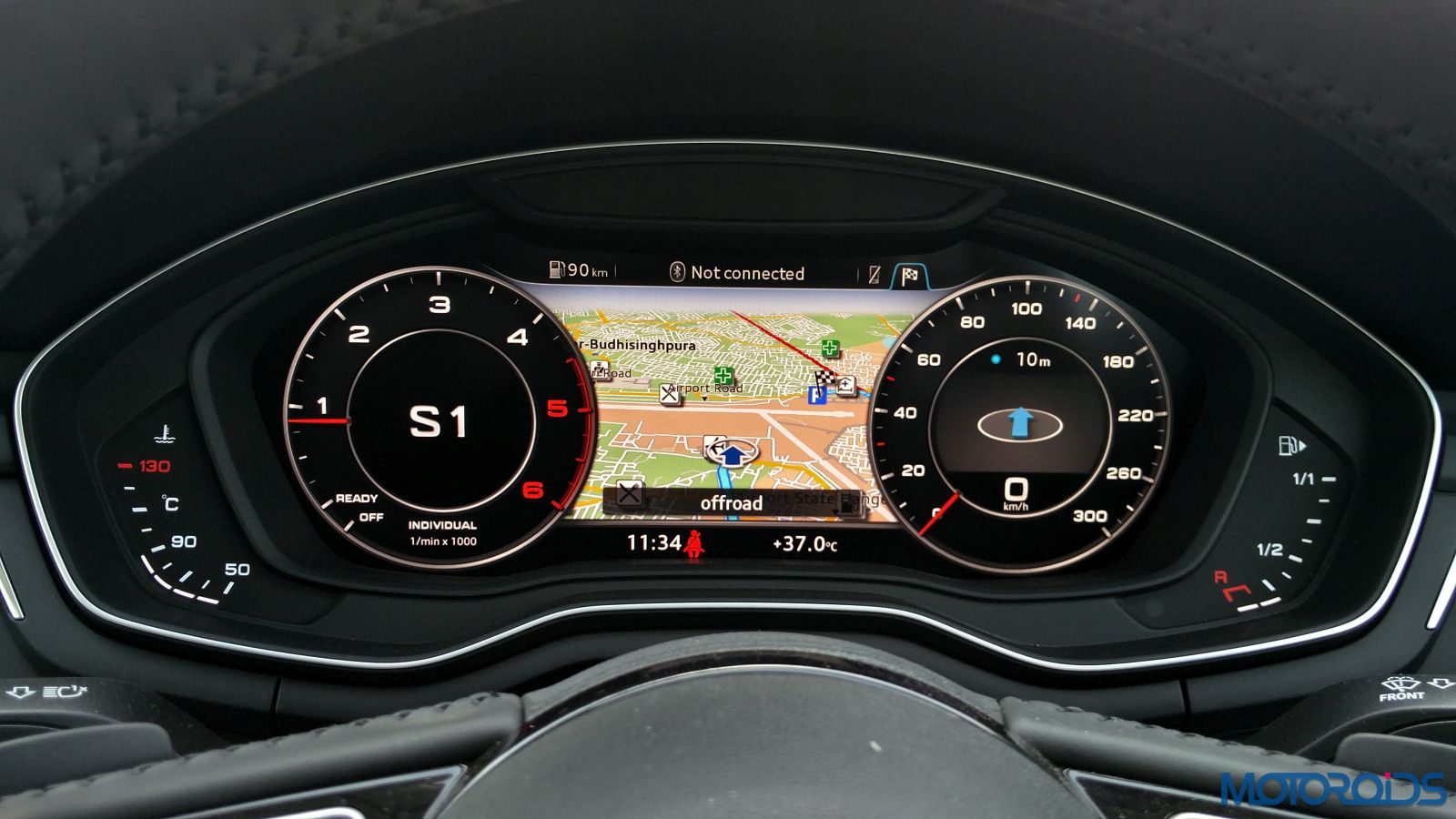 When fancy is also efficient 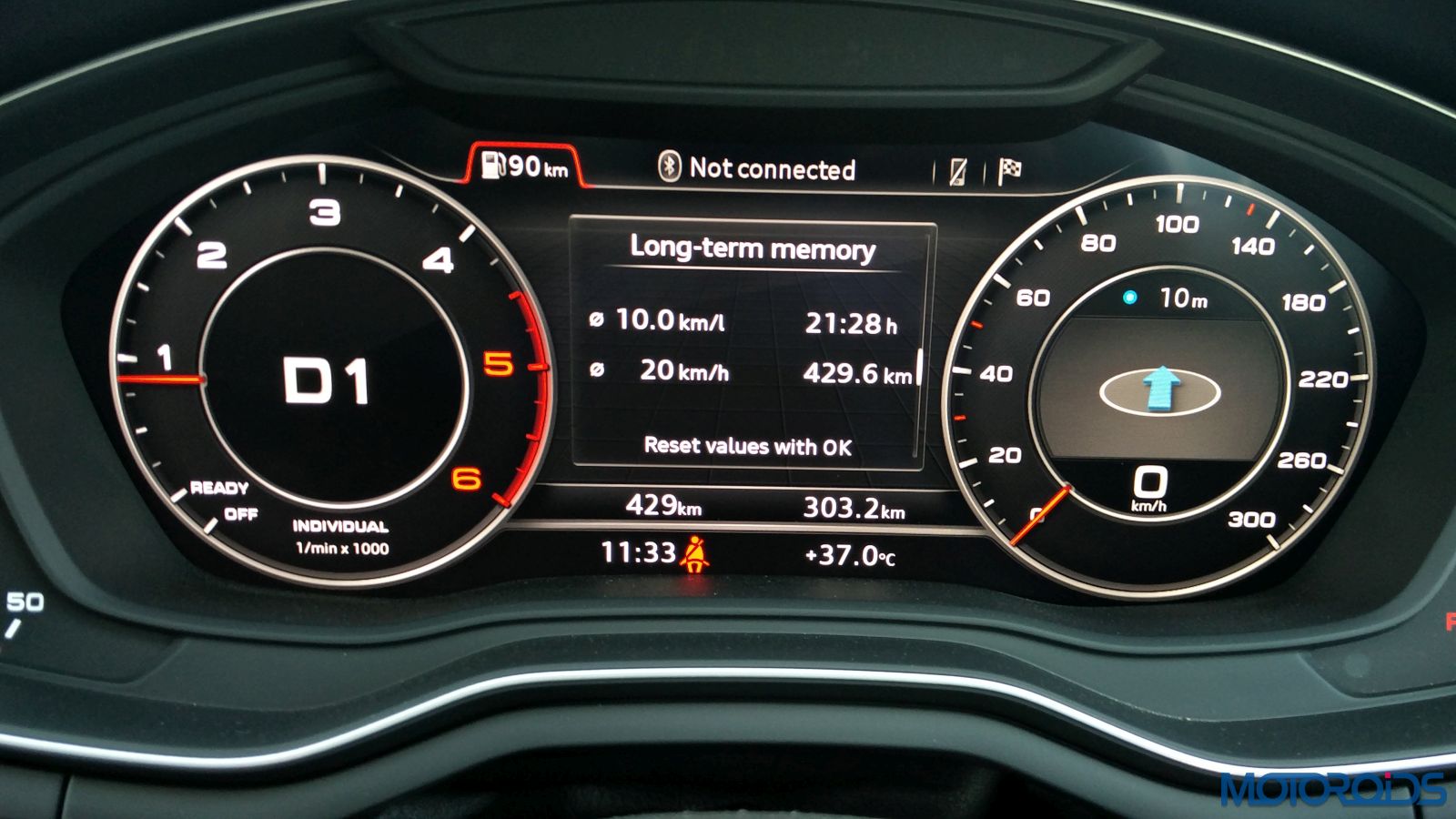 An Audi which stays in your long-term memory 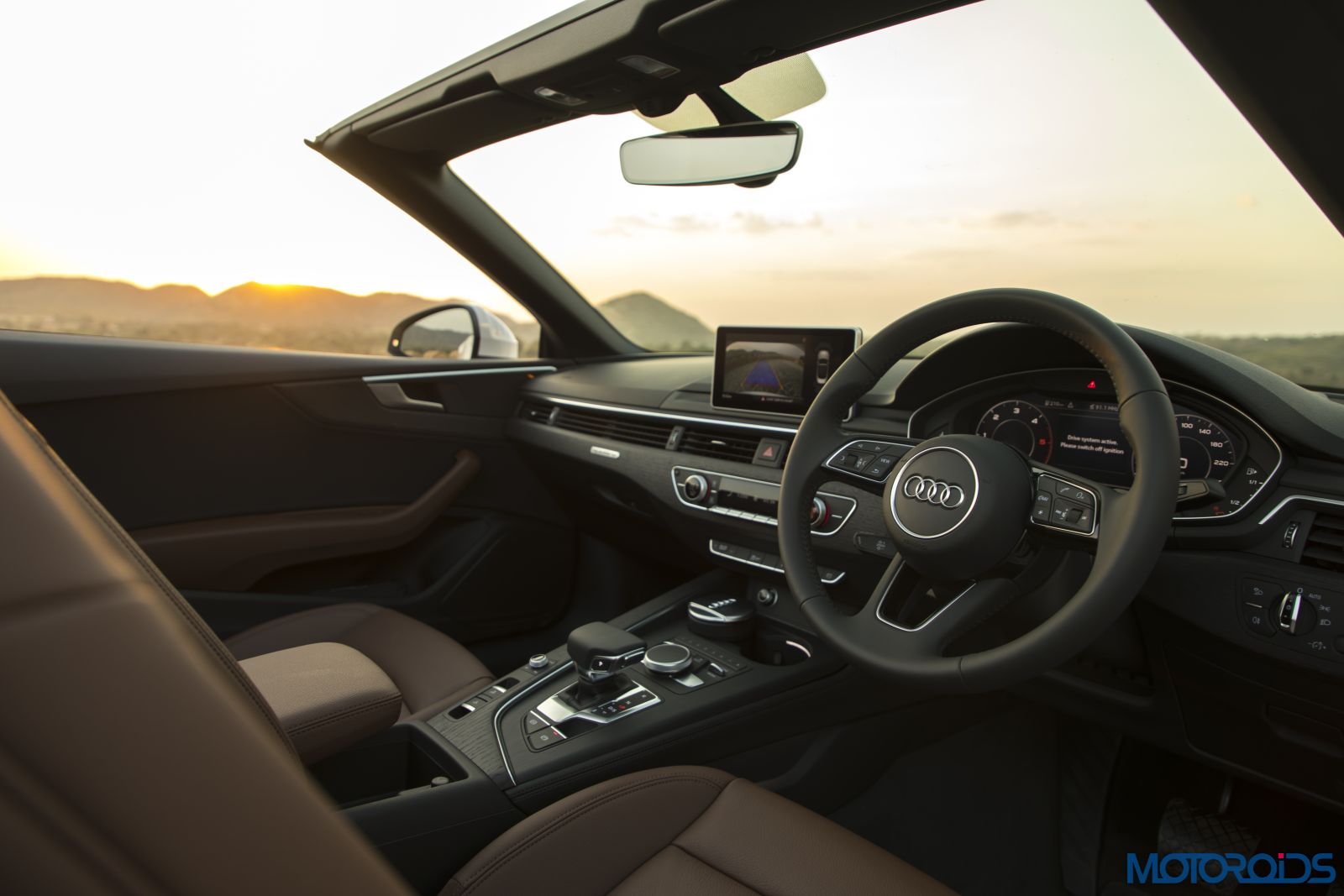 Go on and imagine yourself in that seat

2017 Audi A5 and S5 Technical Specifications