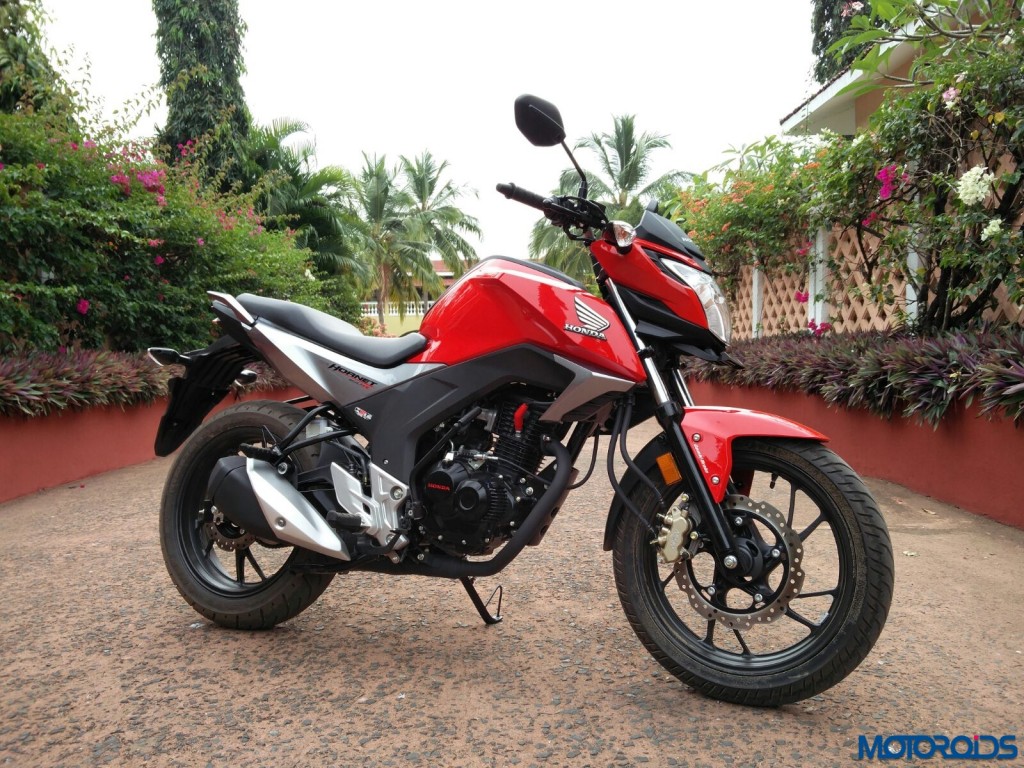 Honda has officially launched its CB Hornet 160R motorcycle in India, and we are among the select few who’ve been given a chance to ride the motorcycle immediately after its launch. The new motorcycle is meant to offer a stylish, aggressive new product in the 160cc segment, which has all the goodness of the humble Unicorn platform with some added zing and a bold character. 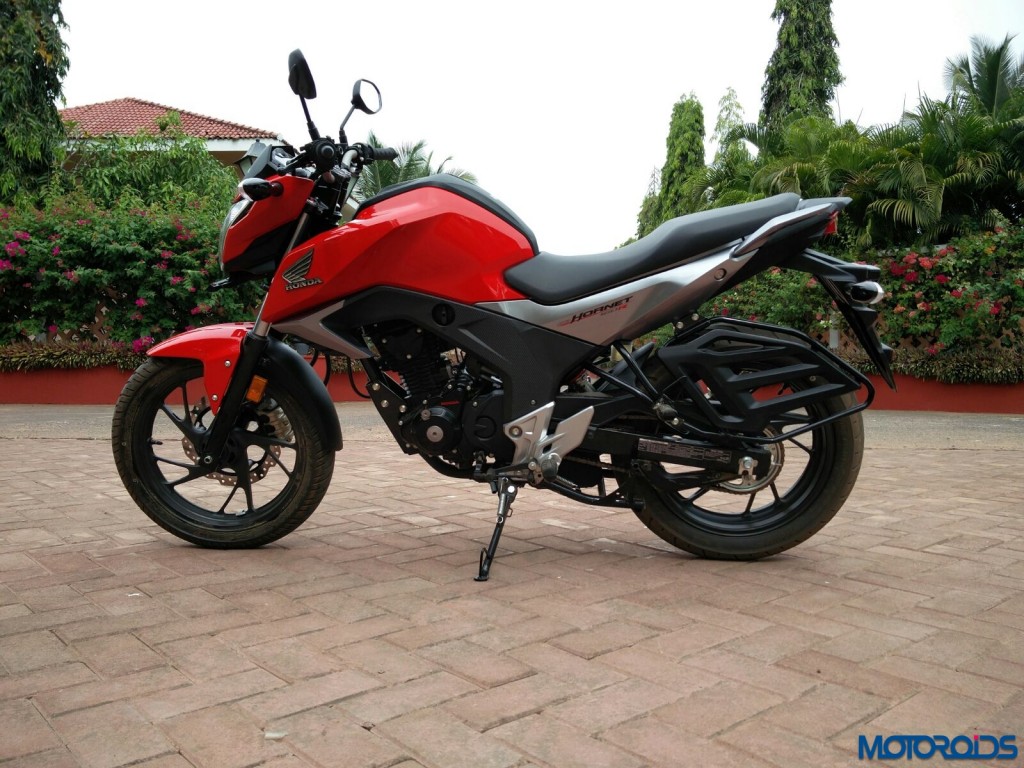 With its expressive, angular styling, the new Hornet makes an emphatic visual statement. Unlike most other motorcycles in the category, this one has been finished in a whole bunch of hues and materials. So while the high-raised tank and the angular front fender is draped in the main body colour, there is a silver accent covering a small area under the tank shroud, the tail section, grab bars and the heat shield above the stubby exhaust. The third colour on the motorcycle is black, covering a small central area in profile, behind the carbon finished panel under the tank. The alloys, engine, forks, exhaust pipe and chassis along with some accents on the fairing and tail are also finished in black. The fourth shade / material is a faux carbon finish material on top of the tank, running though its spine longitudinally and flanking the aircraft style fuel filler lid. 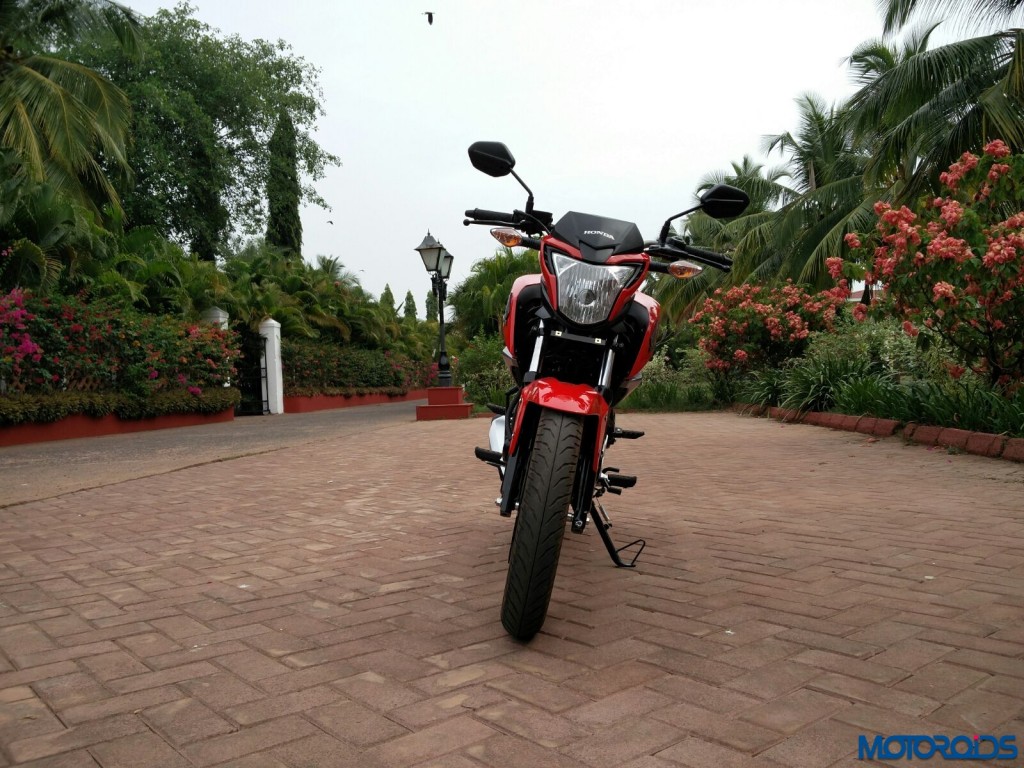 Talking of the tank, the extensions are quite pronounced and are fitted on integrated units with clean, seamless knee recesses which look great with their smooth surface and are functionally better than the bolted on panels on some other motorcycles. The tank itself is a tall, angular unit to lend the Hornet a beefy, muscular demeanour. From atop the seat you can see the all digital instrument cluster followed by a satin silver finish handlebar. It’s a conventional bent pipe unit – no clip-ons on offer here. 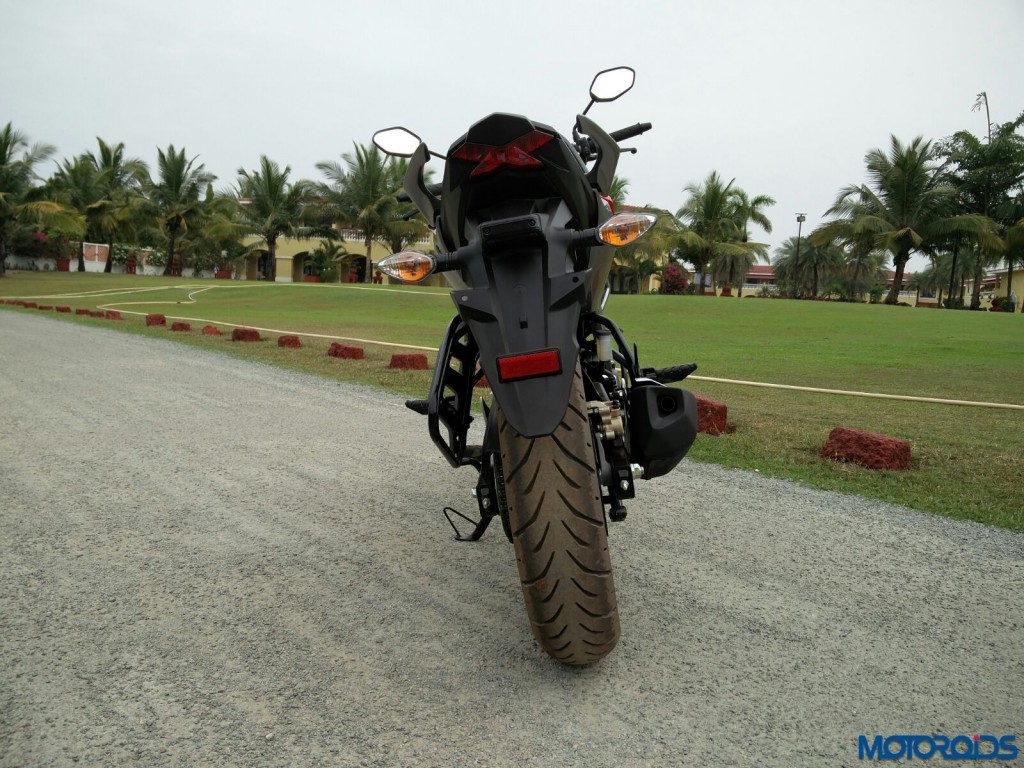 The details on the motorcycle are quite appreciable, such as the black accents and mini crown on the bikini fairing. The stylish saree guard, the X shaped LED tail-lamp which looks quite snazzy and the raised pillion seat are a few other elements underlining the emphasis Honda has laid on the visual appeal of the machine. 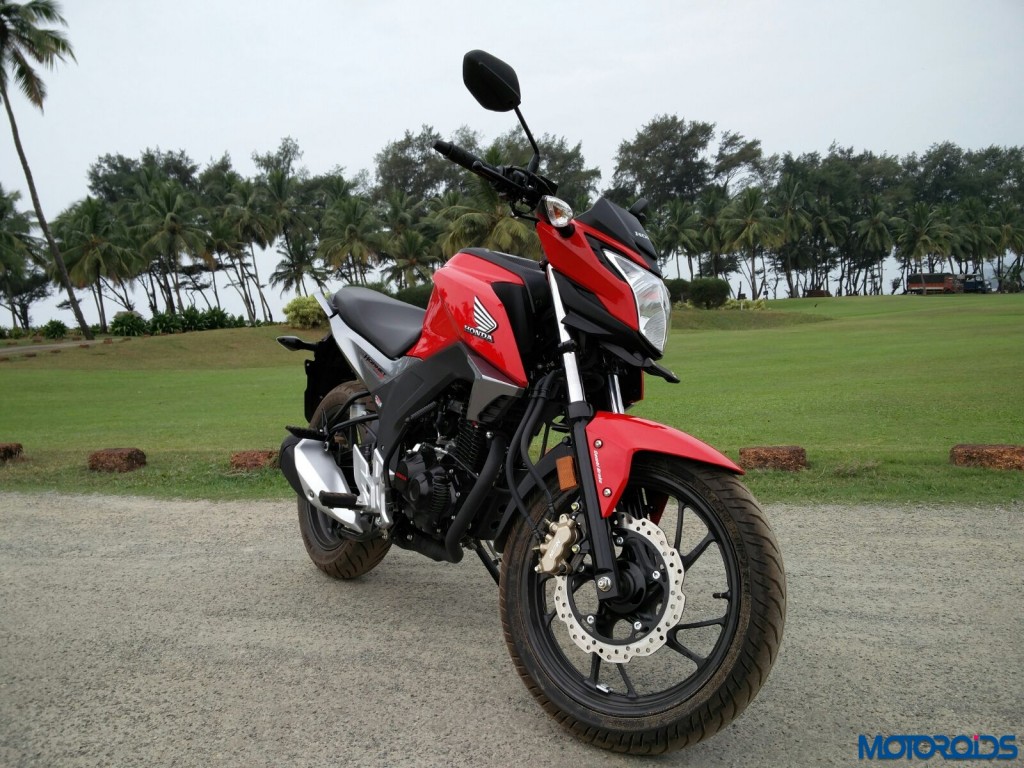 Power is drawn from the same 163cc, air-cooled, single cylinder engine that does duty on the CB Unicorn 160, albeit with a power increment of 1 bhp. Peak power for the engine is rated at 15.5 bhp @ 8500 rpm, (as against the Unicorn’s 14.5) while maximum torque stands at 14.76 Nm @ 6500 rpm (up by 0.15 Nm). The long stroke engine is also equipped with a counter balancer to reduce the vibrations produced in engine, and has a compression ratio of 10:1. The engine further features small spines that have been added to the outer surface of the engine cylinder to improve cooling performance and help reduce distortion of its inner shape. A needle bearing, which is more suited for handling the radial load, replaces the lubricated shaft which helps in reduction of frictional losses. 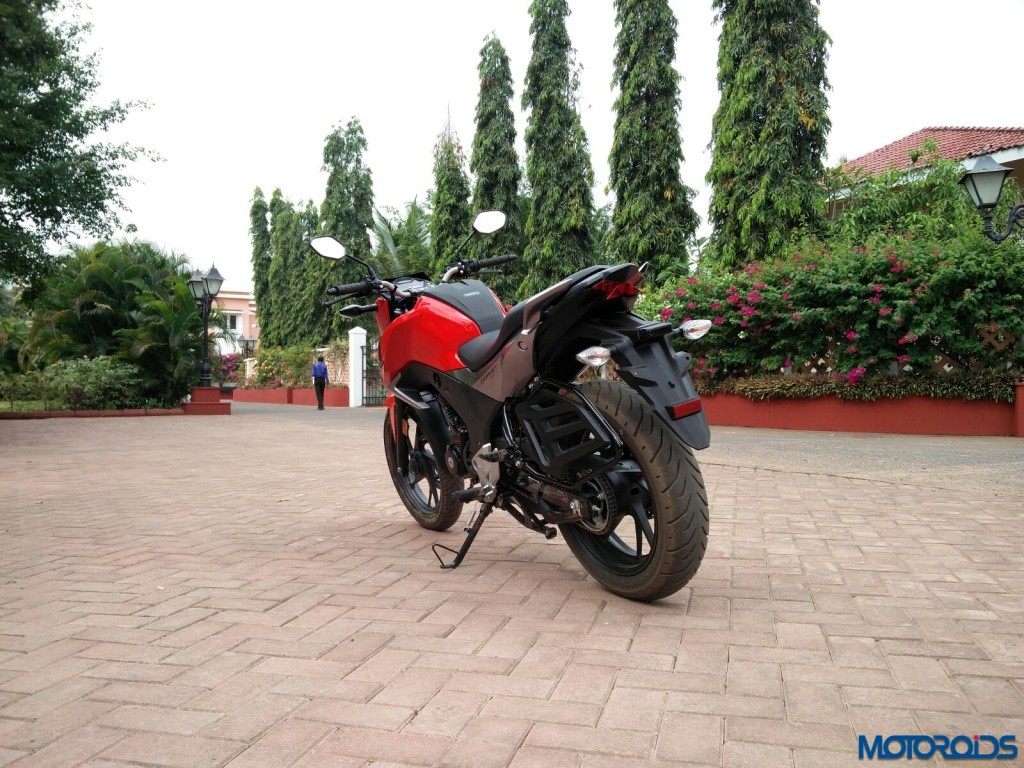 The engine, like any typical Honda commuter, feels refined with almost no vibrations even till 8,000 RPM. For some reason, we found the engine on the new Hornet even smoother than on the Unicorn 160 we tested a few months back. It’s notable that the Unicorn 160 engine wasn’t as smooth as we have come to expect from Honda motorcycles. Seems like Honda have taken due note of the complaint and have fixed it in a resounding manner. 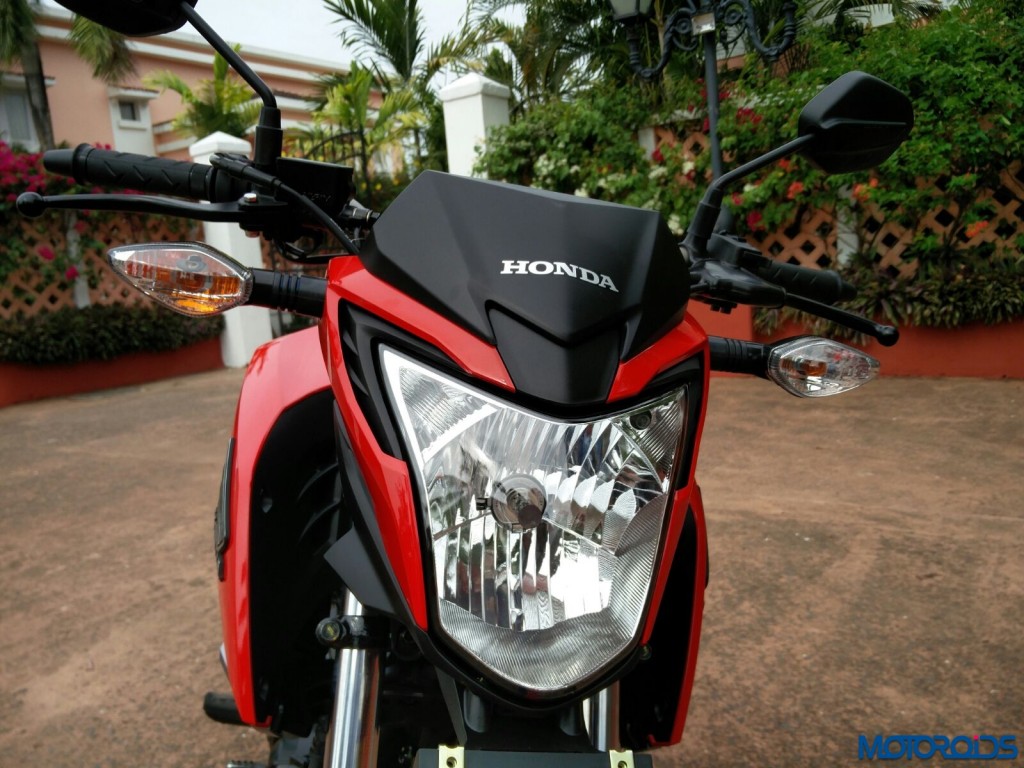 The mid-range of the engine is particularly strong, which should aid in-gear acceleration and make in-city commuting a breeze. The gearshifts are smooth, light and precise, too. The exhaust, unlike the Unicorn, has a sporty grunt which matches the character of the Hornet.

The CB Hornet 160R also comes with an updated braking set-up in the top-end variant, which features the Combi Brake System (CBS) and dual disc brakes (276 mm – front; 220 mm – rear) with a 3-pot brake calliper up front. The standard variant features a 130 mm drum brake without CBS instead. Braking performance is satisfactory, though we rode the motorcycle for a very limited period of time to comment authoritatively on the braking and handling department. We’ll be getting the motorcycle for a longer duration in the coming week and will update your with a more comprehensive report after having ridden the motorcycle for a few hundred kilometres. 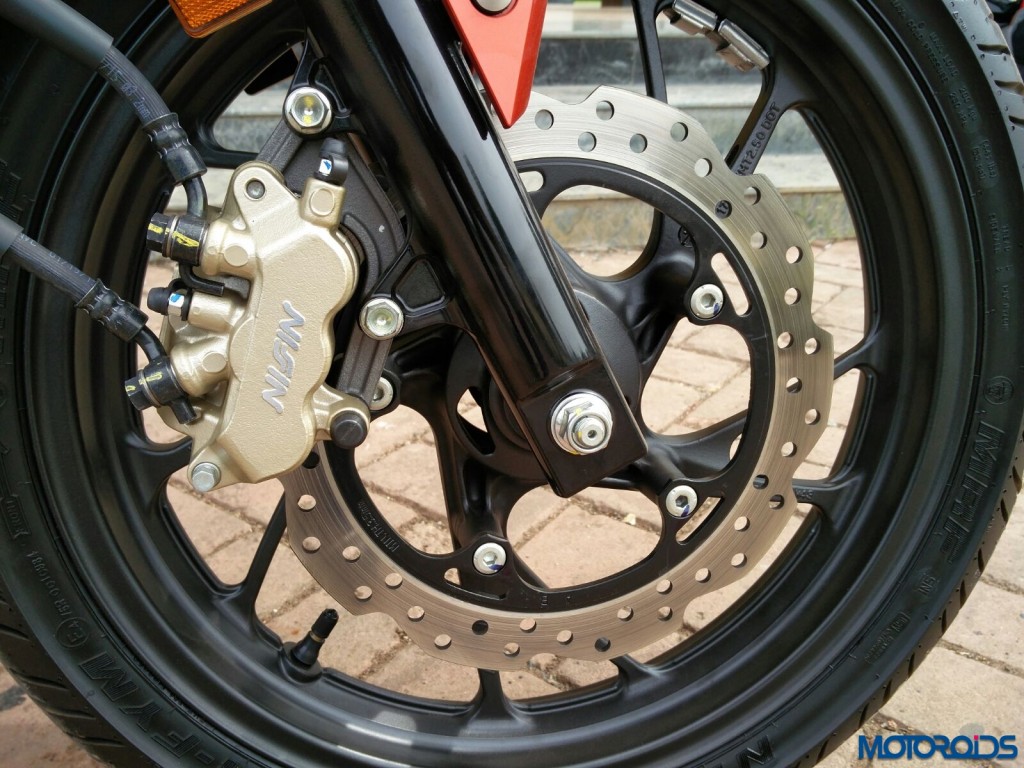 What we can, however comment on, are the ergonomics, which are quite different as compared to the Unicorn with rear set footrests and a lower set handlebar. This generally makes the Hornet come across as a motorcycle with a relatively more aggressive riding potion, though it still is a far cry from the committed stance of motorcycle such as the R15. The riding position is a fine balance between sporty, front-forward posture and a comfort oriented commuter-ish stance. 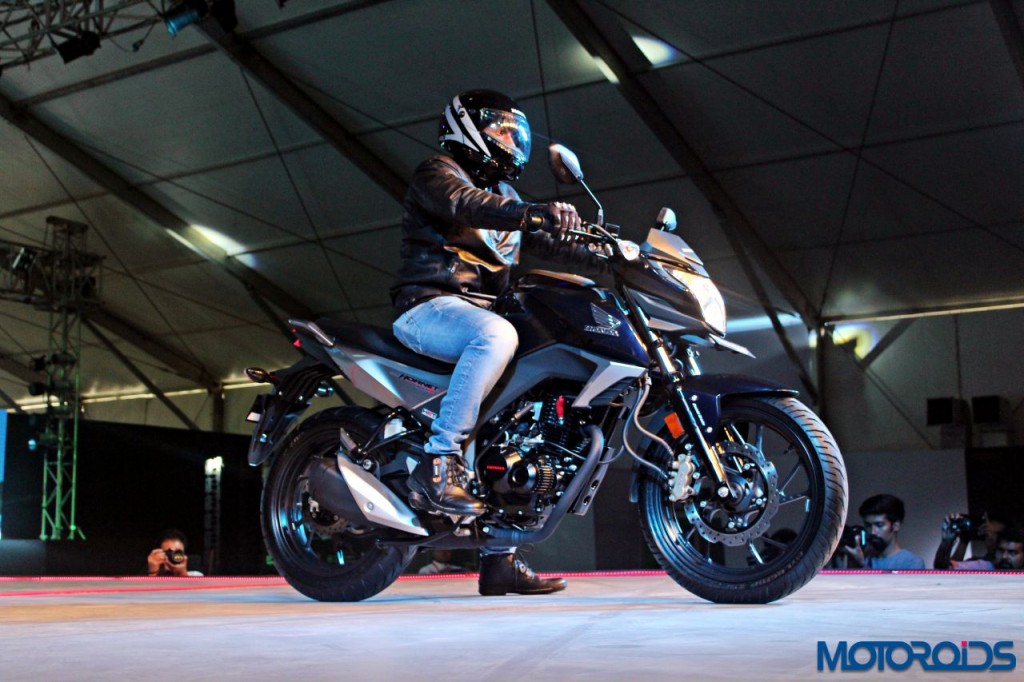 The suspension, during our ride managed to soak minor bumps pretty well, and came across as a capable setup, though we’d still have to ride the motorcycle over a wider variety of surfaces to have any conclusive opinions.

The fit and finish on the motorcycle is fantastic. The paint quality is commendable too. The carbon fibre pattern on the fuel tank and on the sides adds an air of sportiness, and thankfully has been executed really well.

Some exposed wires below the right side of the handlebar could have been tucked away for a neater look. We also wish Honda did away with that done-to-death switchgear and offered something fresh and interesting. 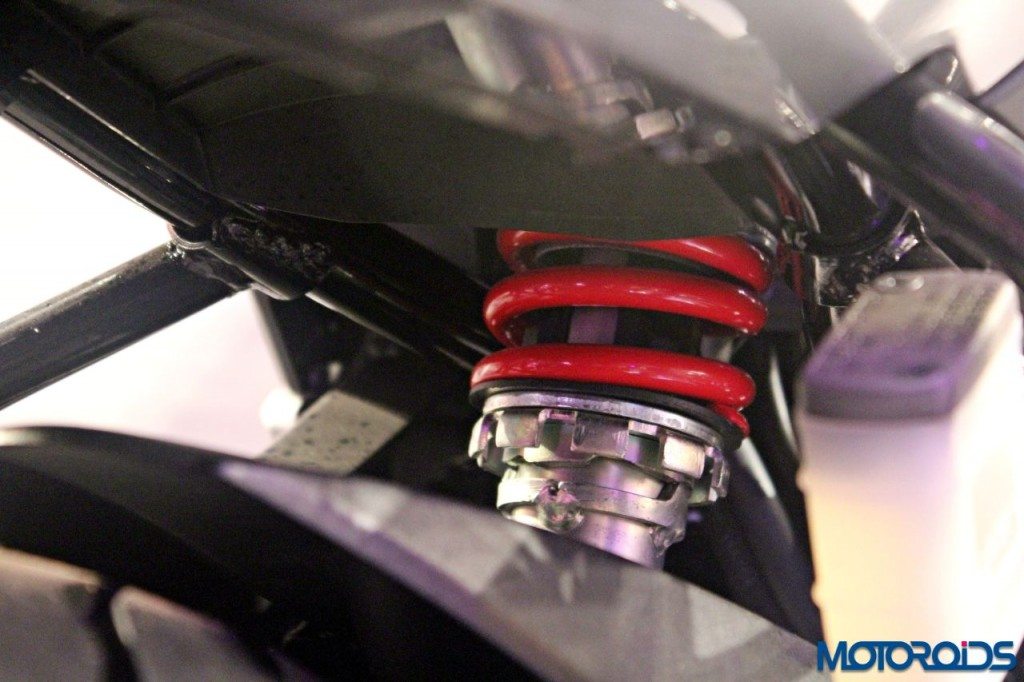 Other attributes include a mono shock rear suspension, a maintenance-free and leakage proof MF battery, and a Viscous Paper Air filter that requires replacement only after 18000 km. The all-new CB Hornet 160R complies with the BS-IV regulation norms and is one of the first motorcycles in its category to do so.

To sum it up, the Hornet 160R is an attempt to capture the imagination of the style conscious buyers in the category who aren’t too enticed by the subtly styled CB Unicorn 160. We’d like to think that Honda Two-wheelers have succeeded in executing the product rather well. The new CB Hornet 160R is arguably one of the best looking motorcycles in its category, and sitting atop the time tested Unicorn platform, offers a great fusion of style and substance.

While we are not delivering any verdicts before taking the motorcycle out for a thorough review, we are quite hopeful that the new motorcycle will draw a lot of buyers in the category owing to its stylistic and mechanical strengths.

The new CB Hornet 1260R can be booked via a mobile app namely ‘CB Hornet 160R’ on Google Play Store. The app also has sections for product specifications, feature comparison and a product experience zone. Those willing to buy the motorcycle can make a booking by hitting the ‘Book Now’ button and reserve their motorcycle by paying a sum of Rs 5000 on an online payment gateway. Expected date of delivery for their CB Hornet 160R will be then notified to the user. 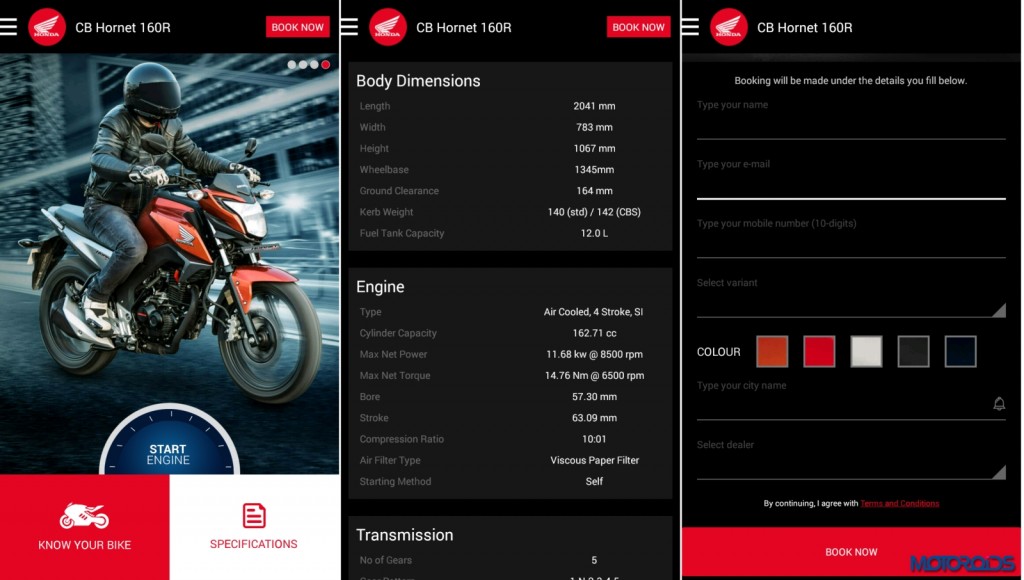 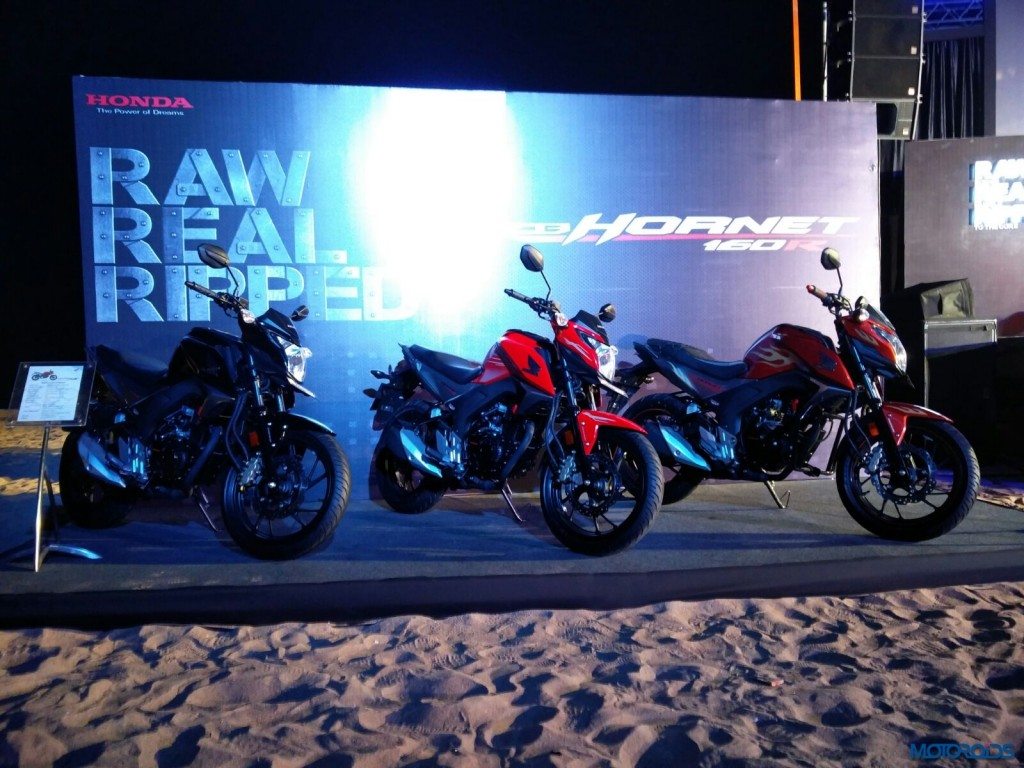 The Hornet will be available in two variant variants- Single Disc & Dual Disc with CBS, with prices starting from INR 79,900 (ex-showroom, New Delhi). 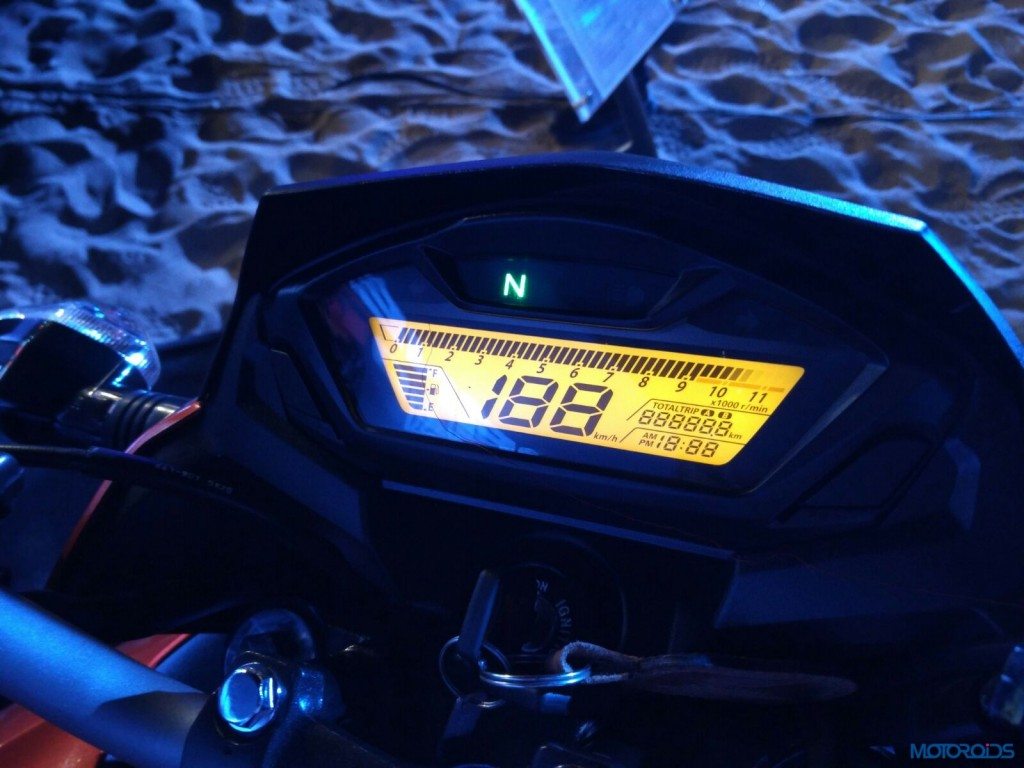 The digital instrument cluster is similar to the Unicorn 160 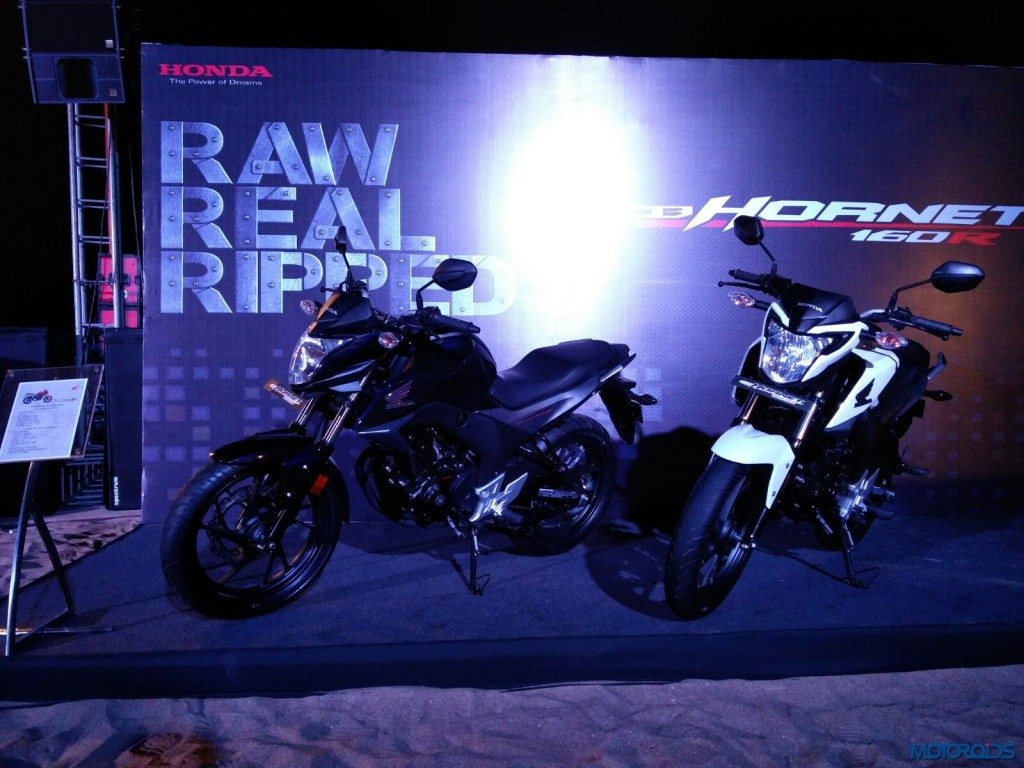 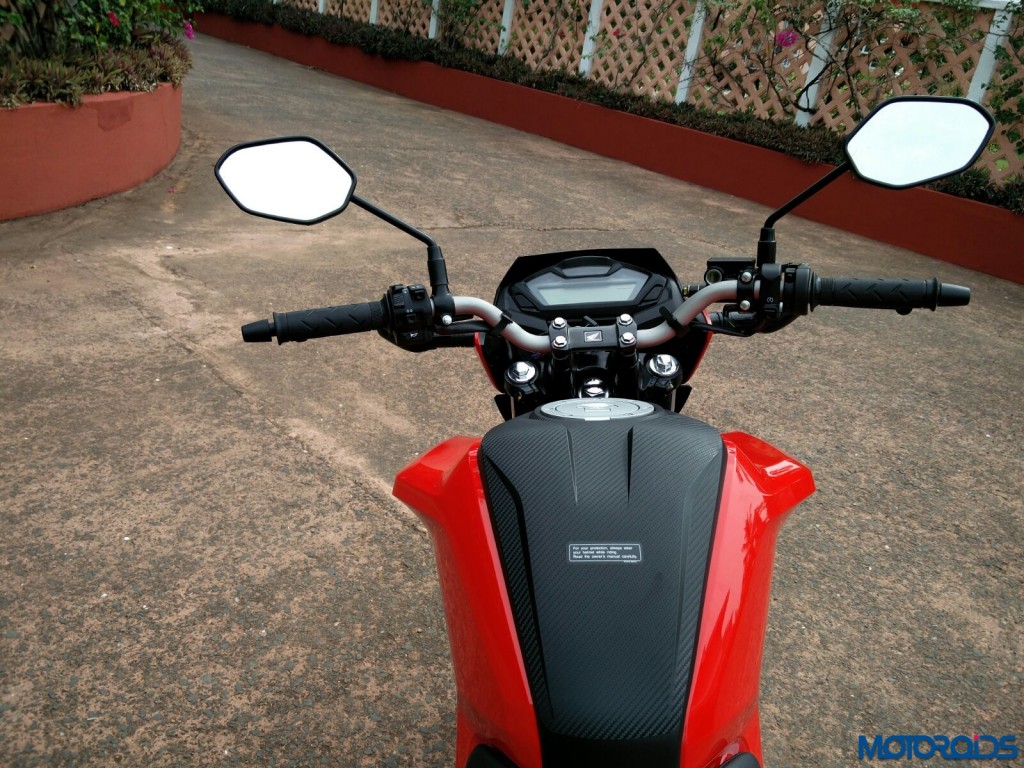 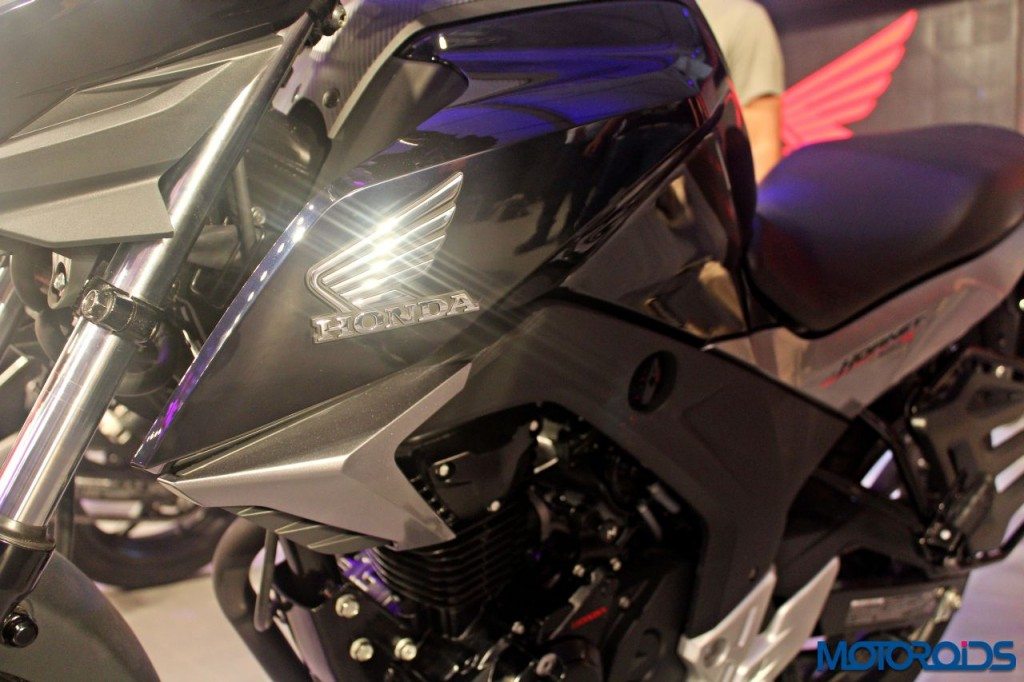 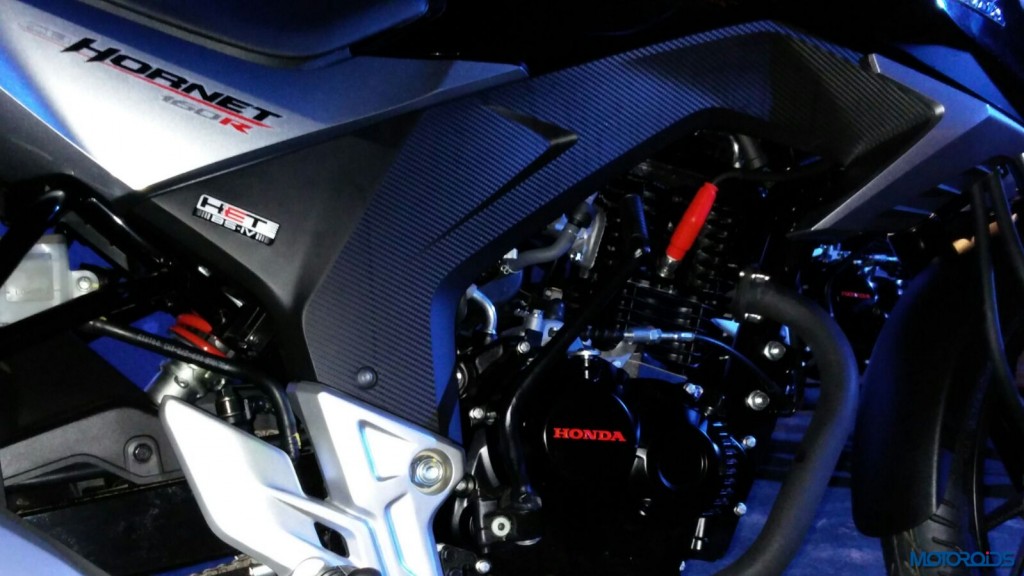 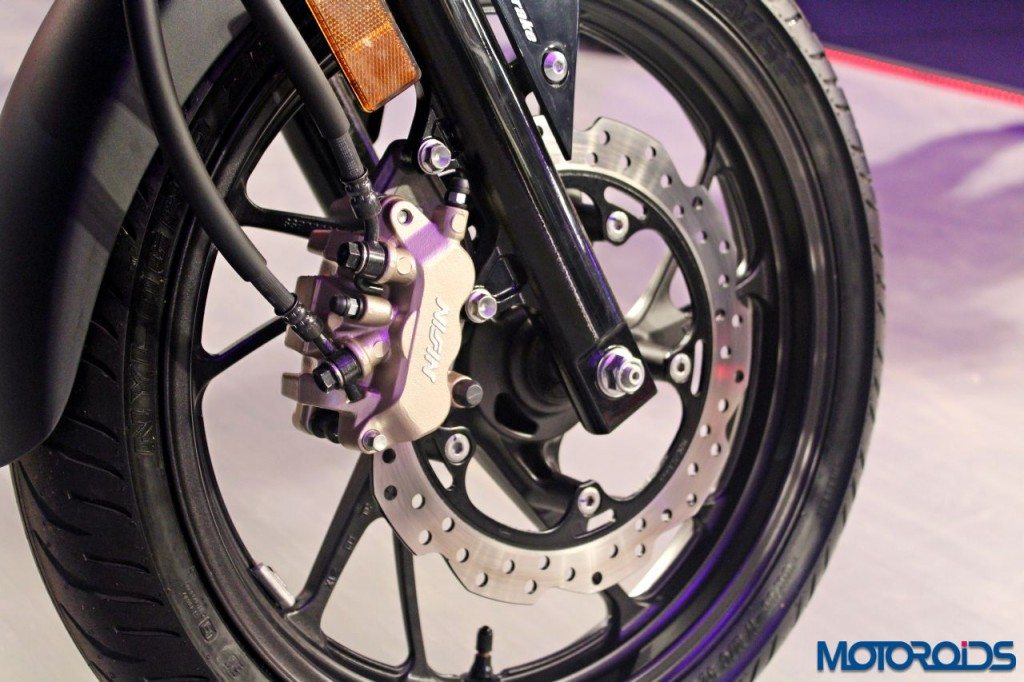 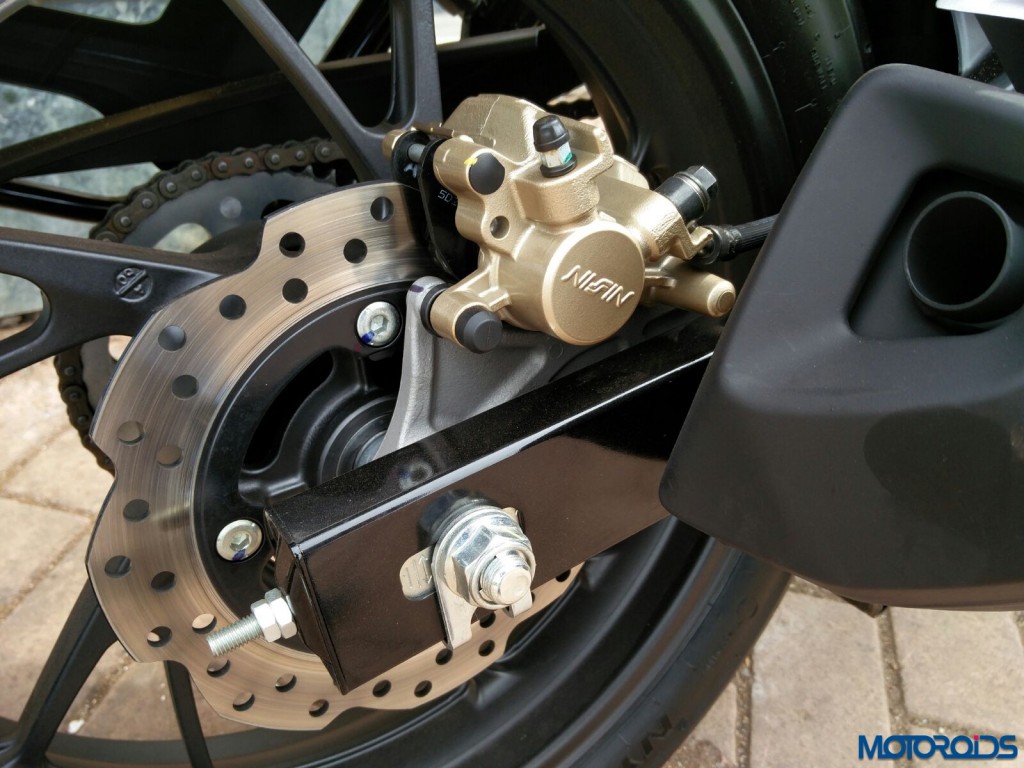 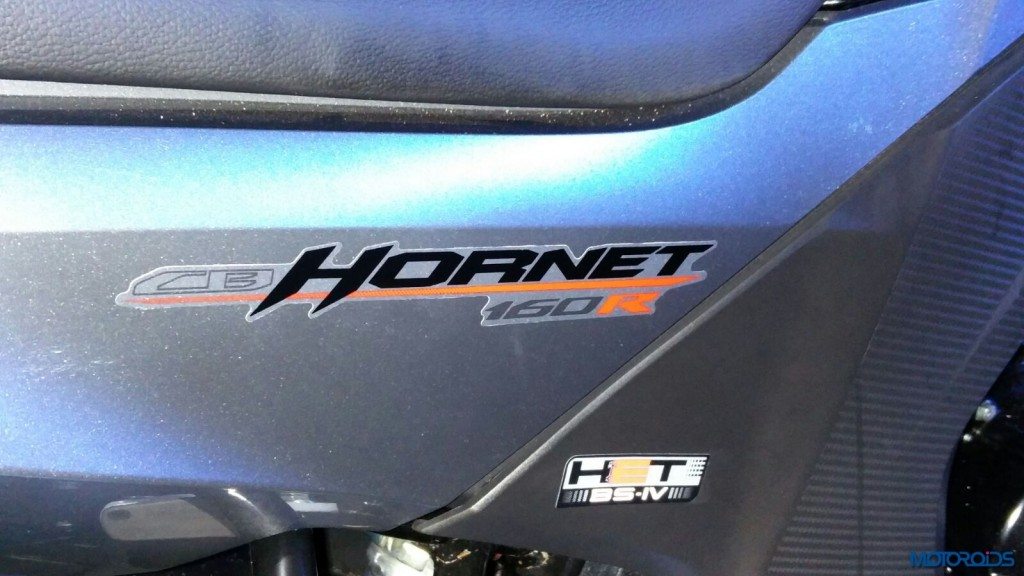