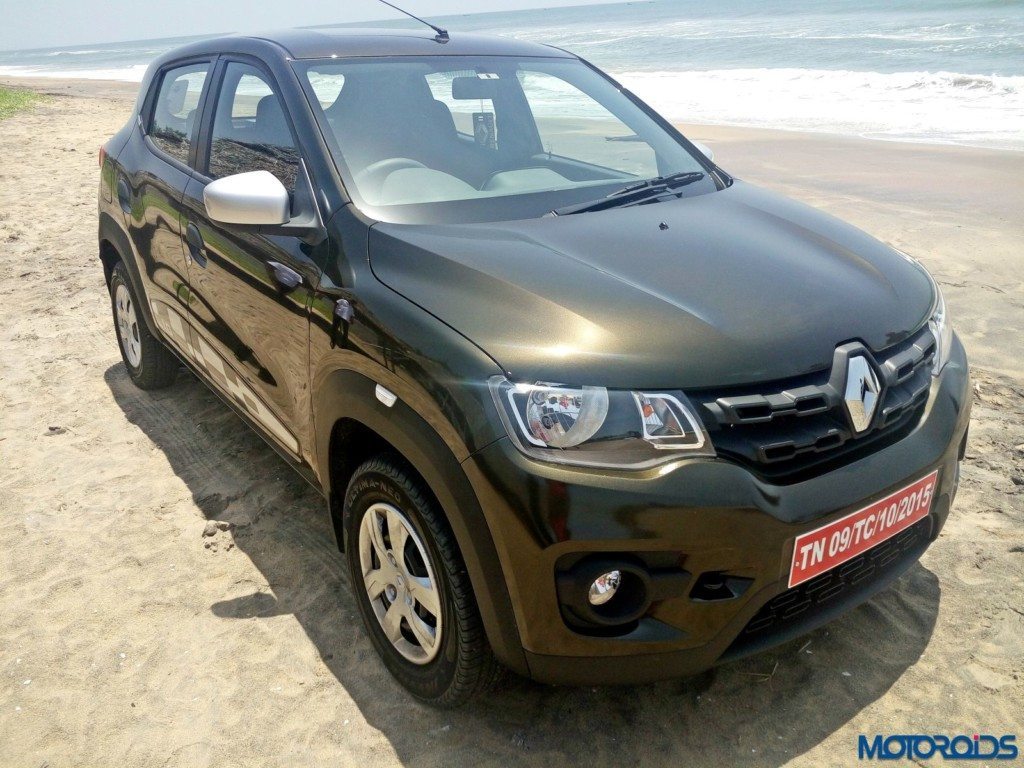 The Kwid has been Renault’s small wonder and it has proved its mettle from its launch in October last year. Making competition thrashing sales figures, this compact car has given sleepless nights to the kings of the segment. This feat was achieved by the then launched 800cc Kwid and now the French auto-maker has taken the game a notch higher with their latest offering. Renault has fed the Kwid with a couple of hundred cc more, making it tad more powerful and capable to punch above its weight. Interestingly, Renault has no plans to get rid of the 800cc Kwid and will continue selling the same alongside the new Kwid 1.0L SCe (Smart Control efficiency). 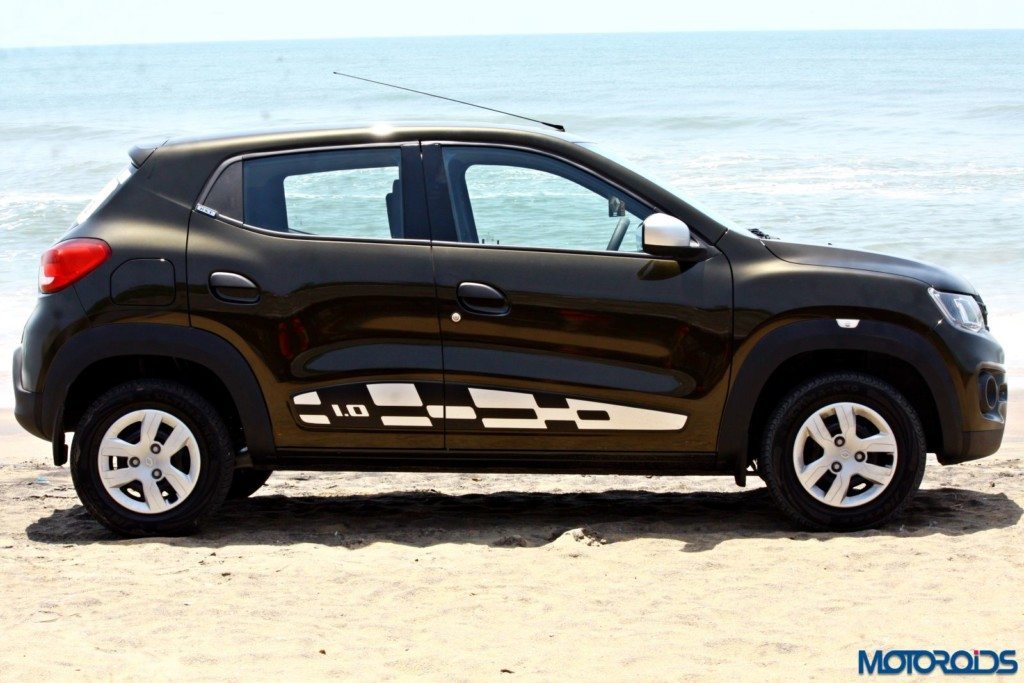 The 1.0L SCe engine will be available only in the top of the line RXT variant. And even with the engine upgrade, the Kwid will sell for INR 22,000 more than the standard RXT variants. The Kwid RXT 1.0 will also be rolled out with a driver airbag option. On the visual front, the only addition to the new Kwid 1.0L that differentiates it from the regular one is the new checkered decal on the door pads and the new glossy grey finished ORVMS. On the inside, the tech and mech is just the same. The upholstery, however, gets a new livery, the company likes to call it – Champion Red. We love the look and feel of the Kwid due to its SUV-inspired body work & design and host of features it has on offer. Apart from the displacement, the dimensions, volumes and capacities of the new Kwid have remained unchanged. 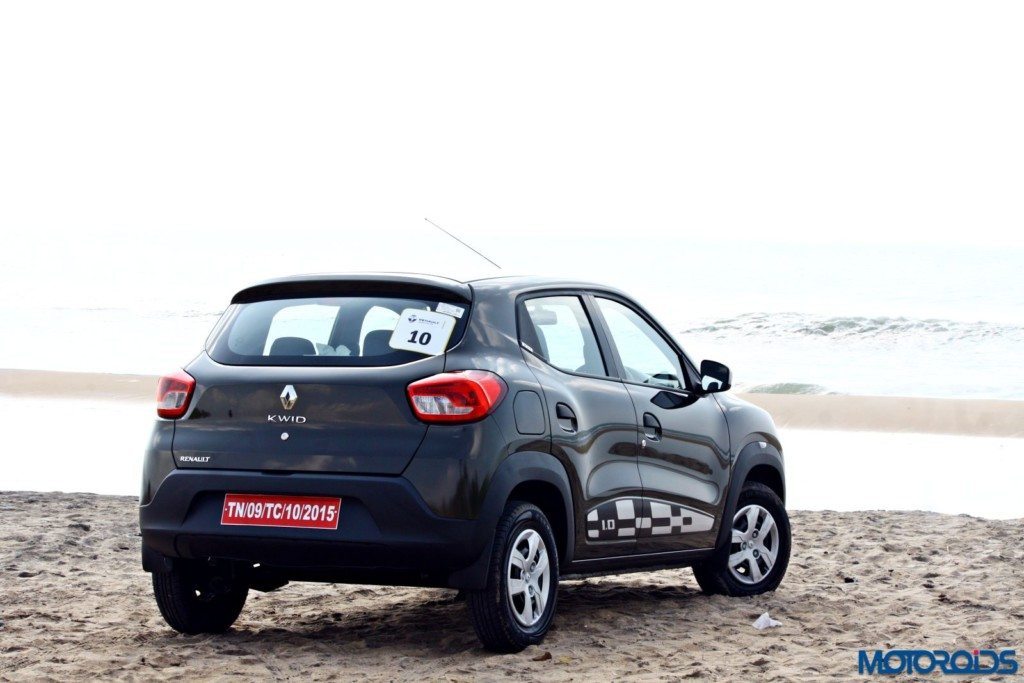 The engine is not new, as the extra 200cc (almost) is provided by increasing the size of the bore and stroke. Also, the engine doesn’t even carry a new badge that declares the enhanced cubic capacity. Take off the door decals and change the ORVMS and the bigger hearted Kwid is no different from its smaller engined sibling. So let’s get straight to the point where things have changed. 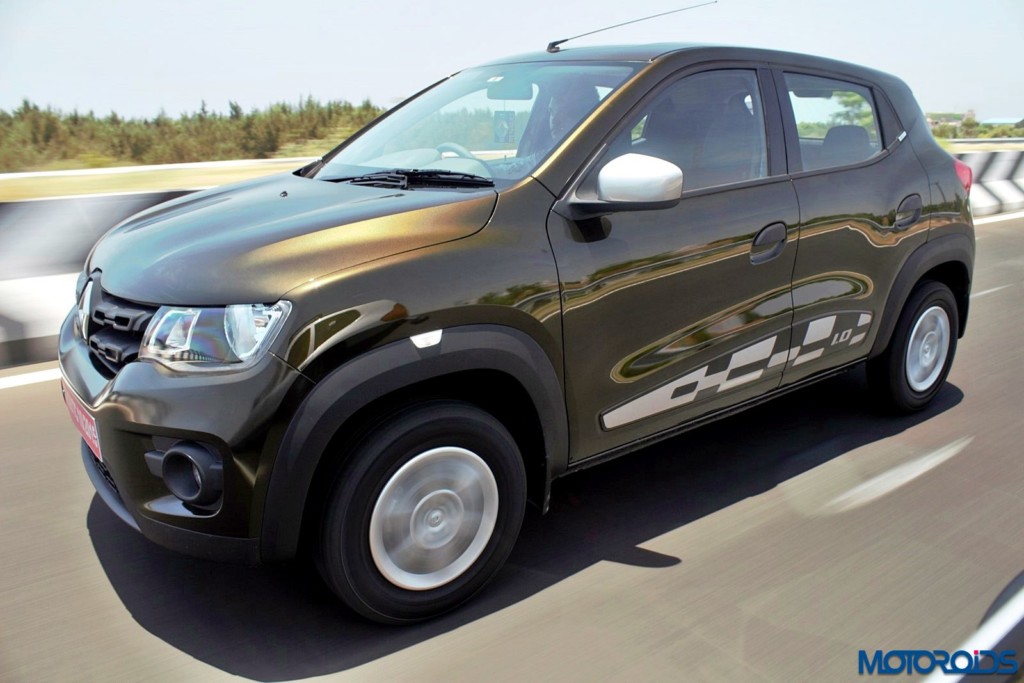 So we started off our almost 50km drive from Guindy to Mahabalipuram through a beautiful route along the coastline in the Kwid with its 998cc petrol unit and a 5-speed transmission . It took us a while to get out of the city and hit the coastal road but overall it was fun all the way. 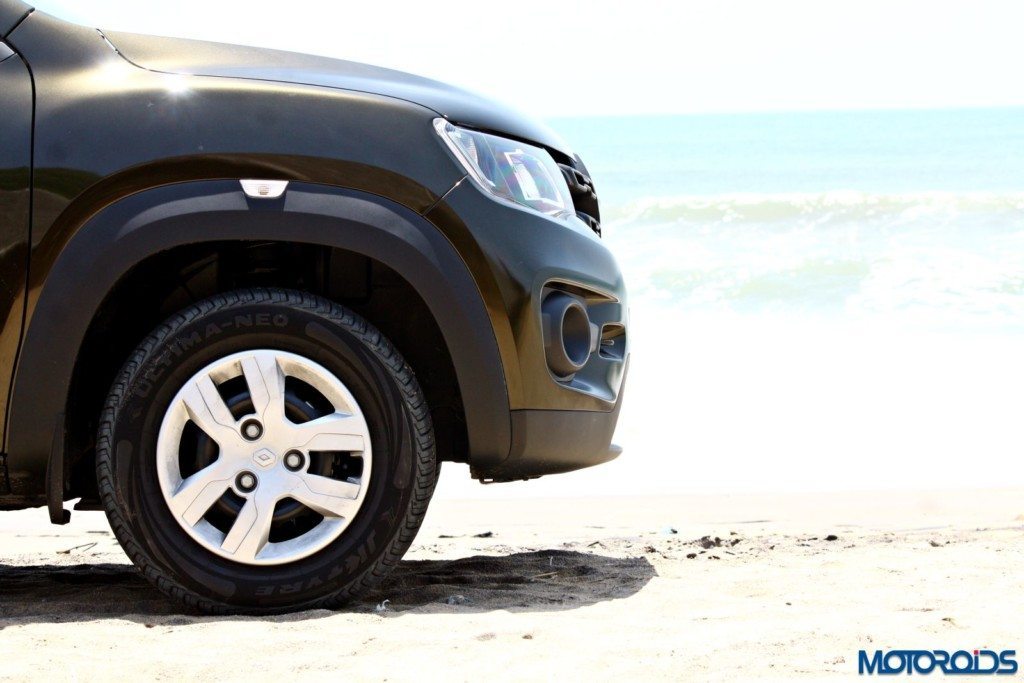 During the initial part of the drive, through the city roads and a dozen red signals, the Kwid didn’t feel too different under the 50 kmph mark but there was a punch it was hiding inside. The first two gear ratios have been tweaked to suit the relatively thicker torque band but the feedback was not that entertaining as we were expecting it to be. Nonetheless, driveability of the Kwid, just as before, has been surprisingly good. The sensitive clutch and smooth transmission work flawlessly in city conditions. 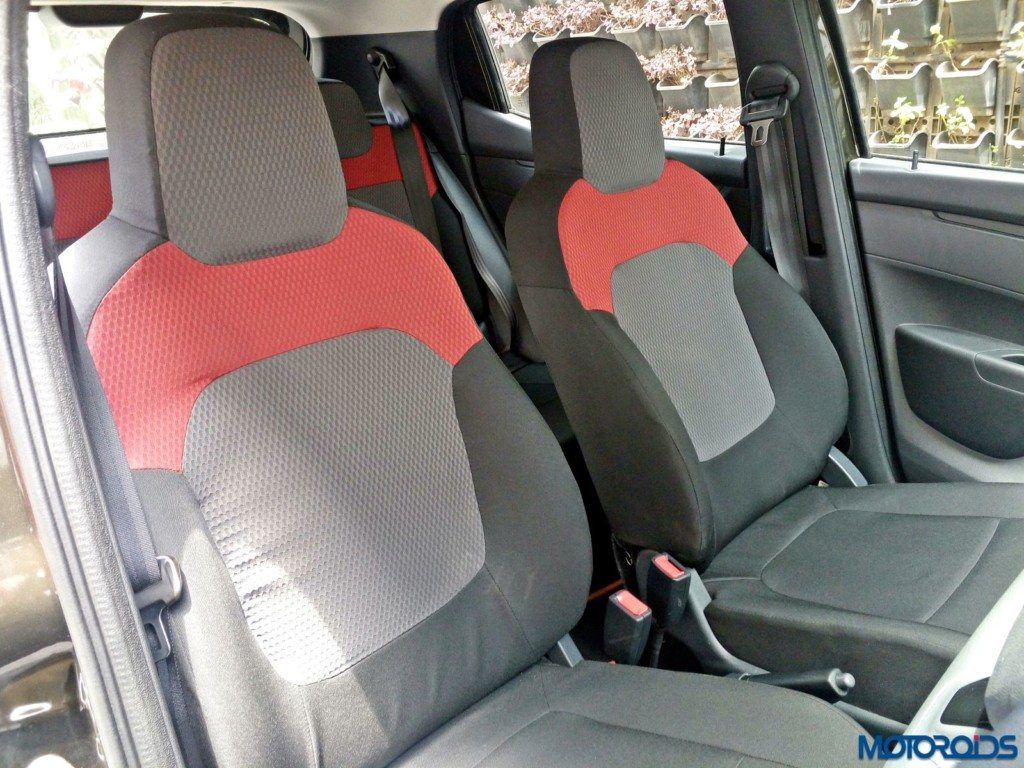 The comfy seats and the suspension setup complimented the performance throughout. The plush suspension easily devours on the potholes and the bumps, keeping our back bones intact. Finally, we sliced through the city traffic and reached the coastal road and there it was – a tidy straight stretch of almost 35 km of tarmac between us and our final destination. 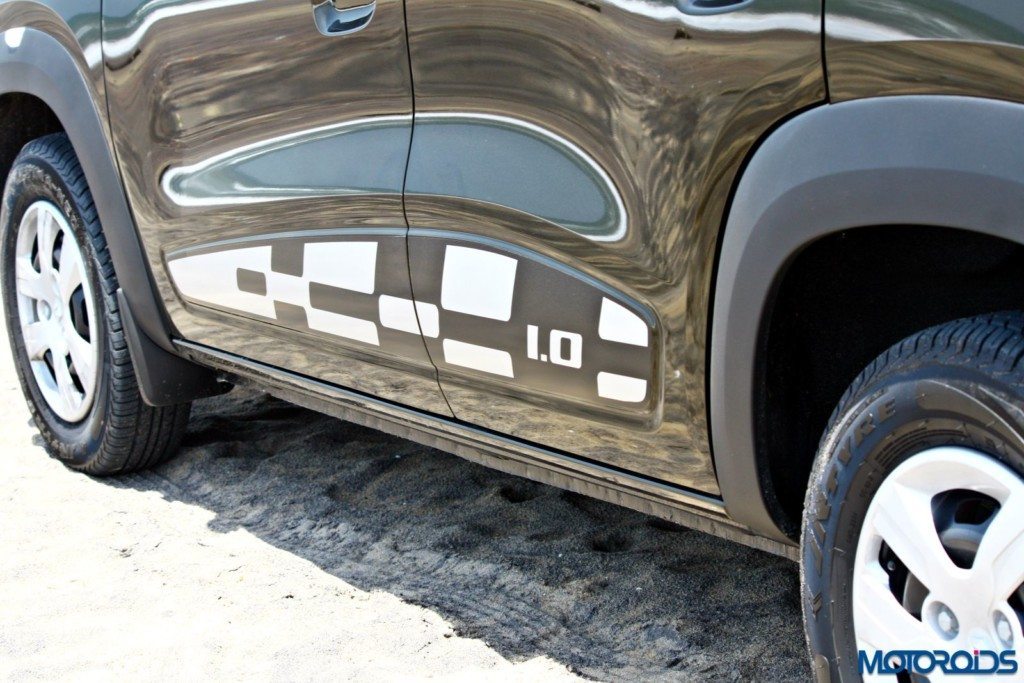 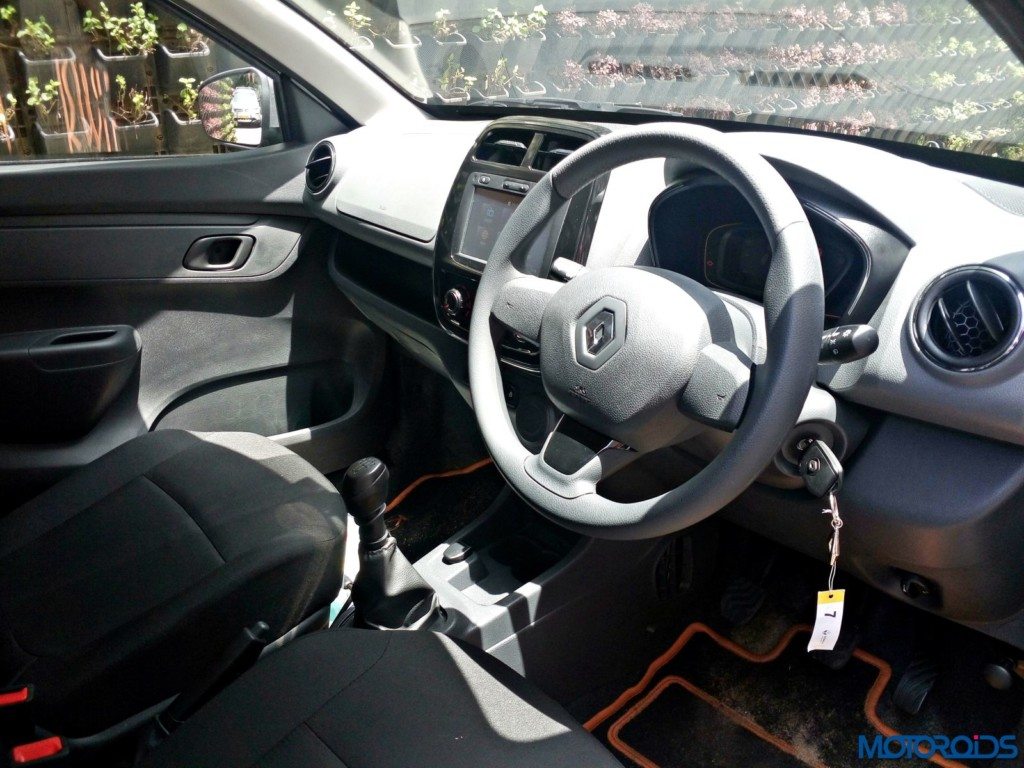 Without wasting a single second we hit the higher gears and the numbers on the speedo started to increase rapidly. And this is where the 1.0L started to talk! As we mentioned before ‘your perception will change once the wheels start to spin fast’. As compared to the regular Kwid, the new one can do higher speeds with a lot more ease. On flooring the gas pedal, you can easily pull off a speed of 100kmph (even higher) in the 3rd gear itself. The new engine is capable of producing 68 PS at 5,500 rpm that is almost 14PS more than previous one. Also a torque of 91Nm (19Nm more) is generated at 4,250 rpm. On the move, those extra 22 grand you’ll pay for the Kwid 1.0 are clearly perceptible, are worth every paisa of the extra investment. 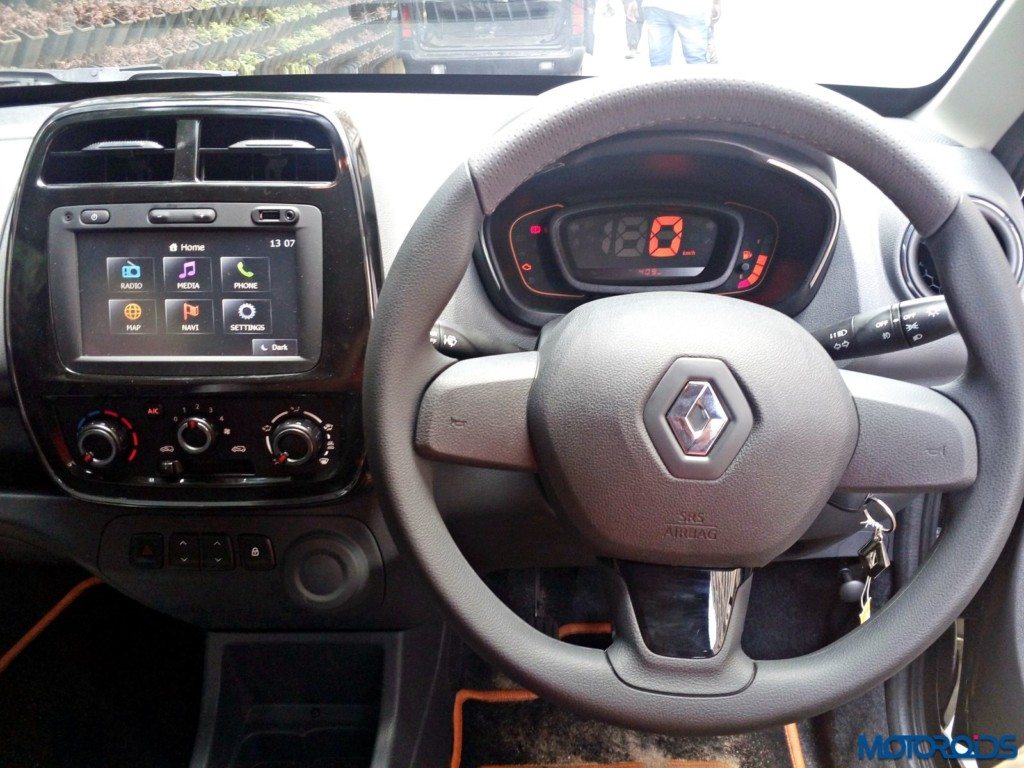 It doesn’t lose its composure when you throw it in the corners at high speeds but has a bit of a roll. The engine is quite in low to medium revs, though its starts hurling grunts and vibes inside the cabin on reaching higher revs. The brakes felt tad weak for the whole setup as it lacks the much wanted bite. An inclusion of ABS would have been great. 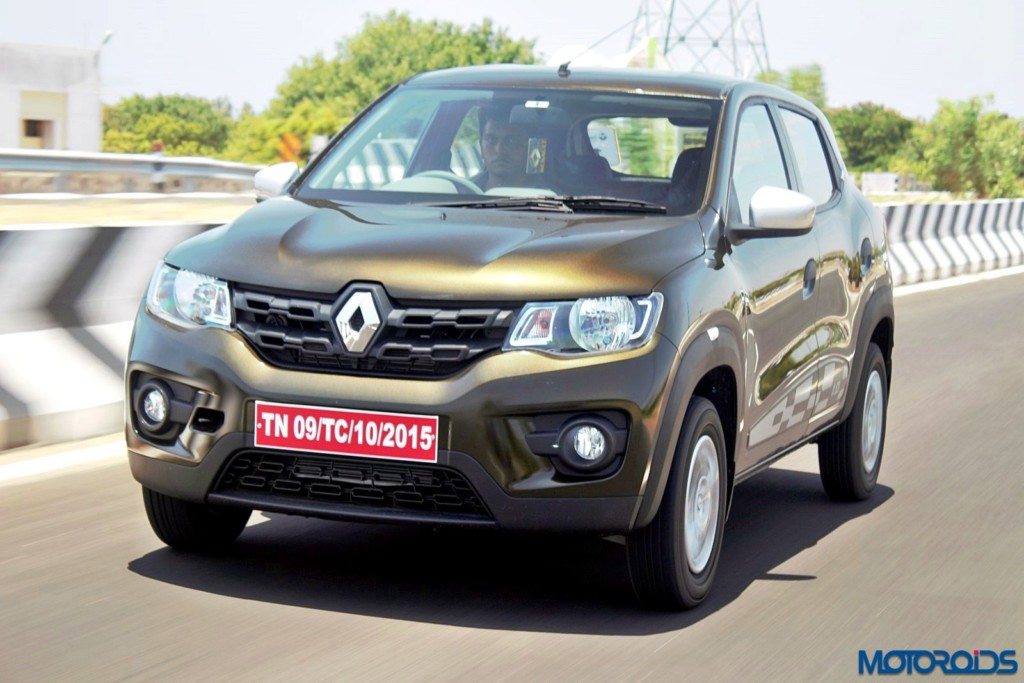 Overall, the Renault Kwid 1.0L SCe is a deal made better with the new engine. Even with a 1.0L engine the Kwid can provide a fuel economy figure of 23.01kmpl that is just 2kmpl less than what the 0.8L variant offers. And at a price of INR 3,82776, that is just INR 22,000 more than the regular derivative, this Kwid is an economical upgrade. To sum it up, the new Renault Kwid 1.0L SCe not only offers extra displacement, premium features, a mini-SUV-like silhouette, but also the joy of driving a more powerful, peppier car.

Here are some details of the 2016 Renault Kwid 1.0L SCe through images and captions followed by a gallery. 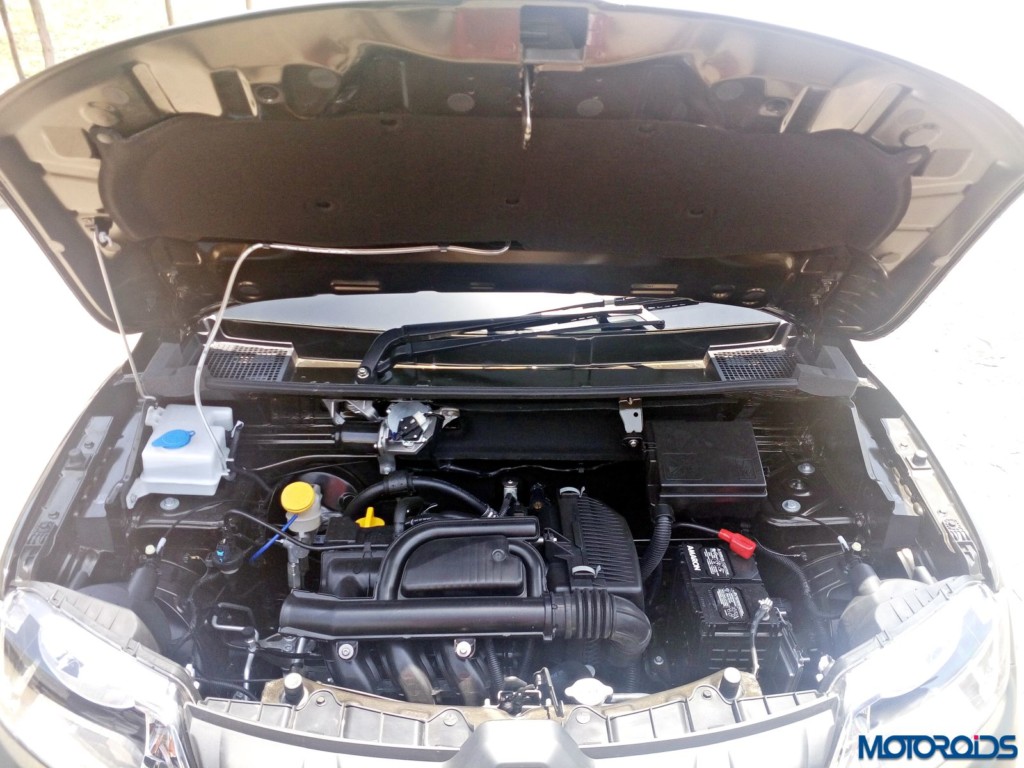 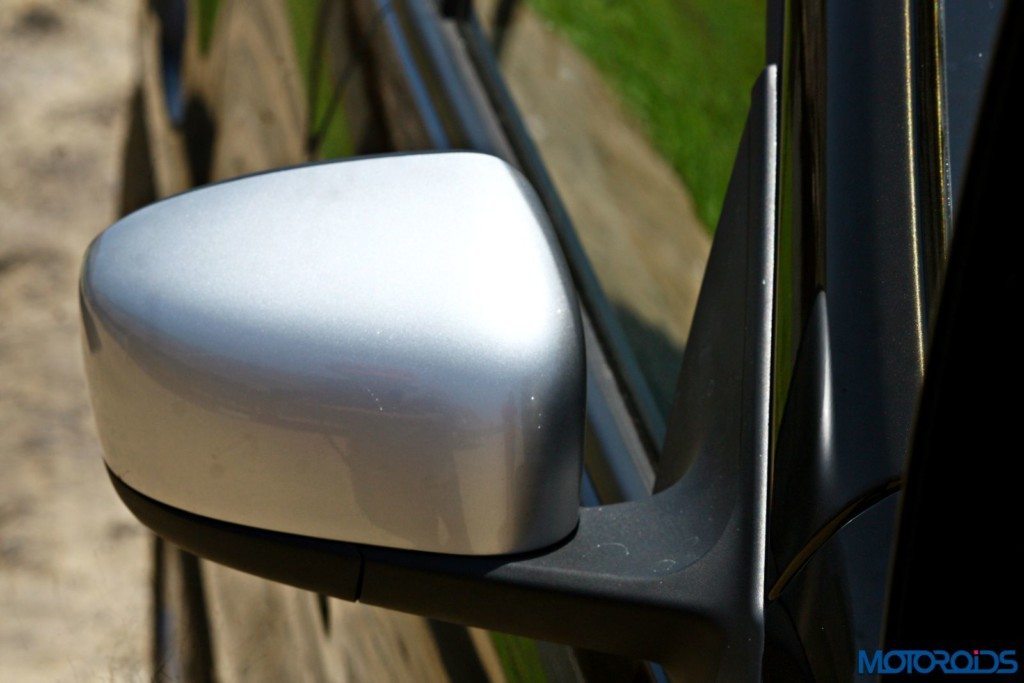 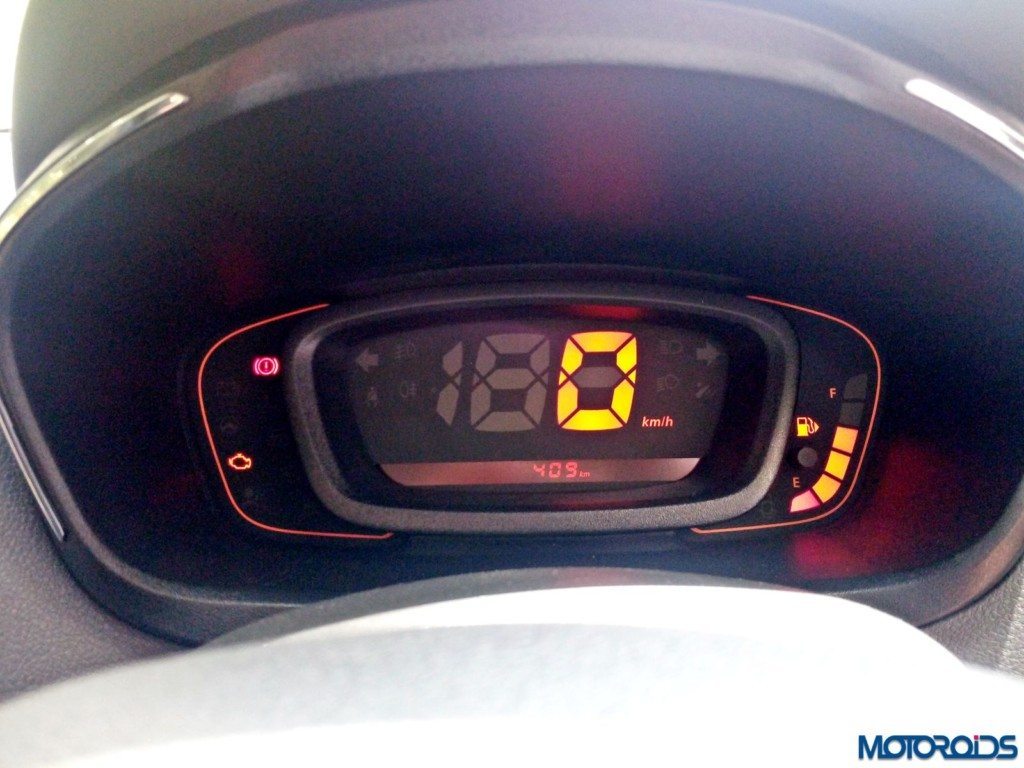