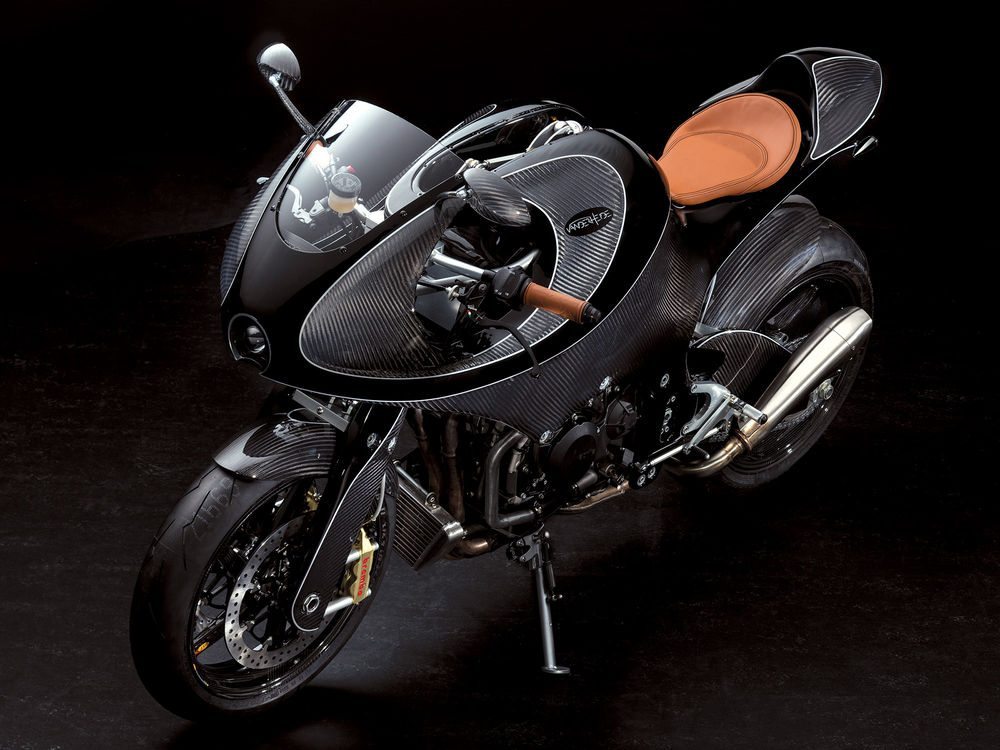 The folks at VanderHeide have created a carbon-fibre masterpiece which draws power from the same motor that propels Aprilia’s RSV-4. The end result was a USD 165,000 masterpiece which is an eye-candy to say the least. The blokes who are responsible for this motorcycle hail from Netherlands and have put in five years of hard work in developing this motorcycle. There are no changes to the RSV-4’s motor but the carbon-fibre laden motorcycle weighs six kilograms lower than the Italian litre-class, giving it a better power-to-weight ratio. Buyers can also opt for a 230 hp WSBK-spec version of the Aprilia V4. The race spec model will be even lighter, tipping the scale at 165 kg dry. The 230 hp model though will be a track-only motorcycle. The duo also plans to build a fully electric, battery-powered carbon sportsbike in the future. 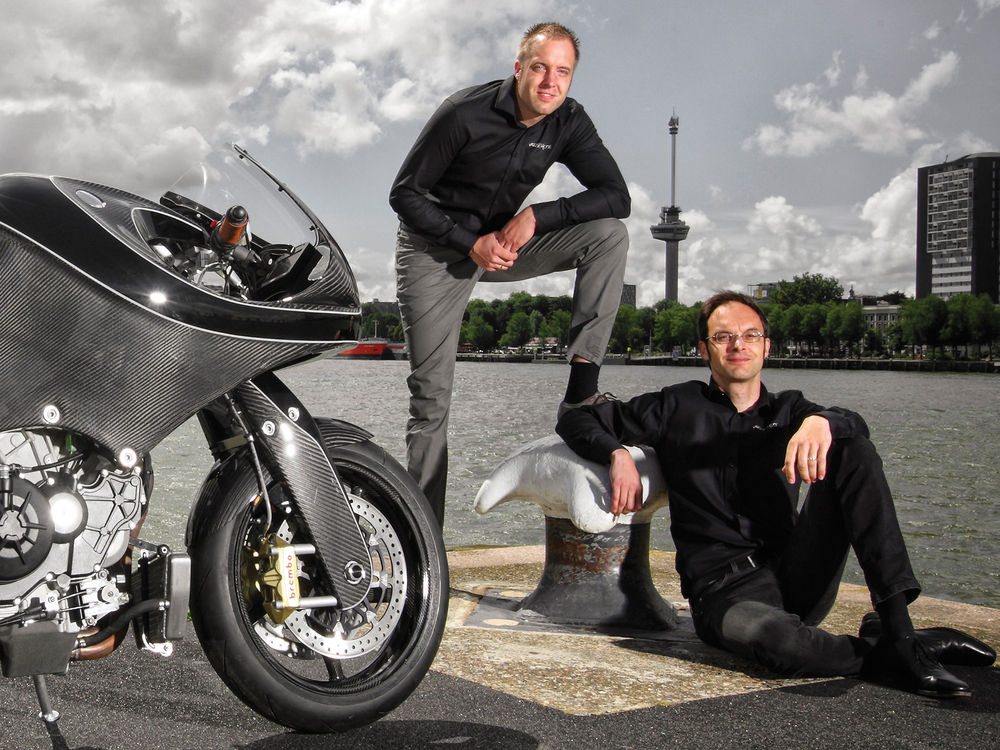 The motorcycle was designed by Michiel van den Brink. The aim of the makers, Rolf and Sjors van der Heide, was to create a street-legal superbike that would be built of carbon-fibre. The end result is this motorcycle that gets one-piece monocoque chassis and bodywork, swingarm and front suspension – all made of carbonfibre. Yes, the chassis, bodywork and fuel tank are single piece. 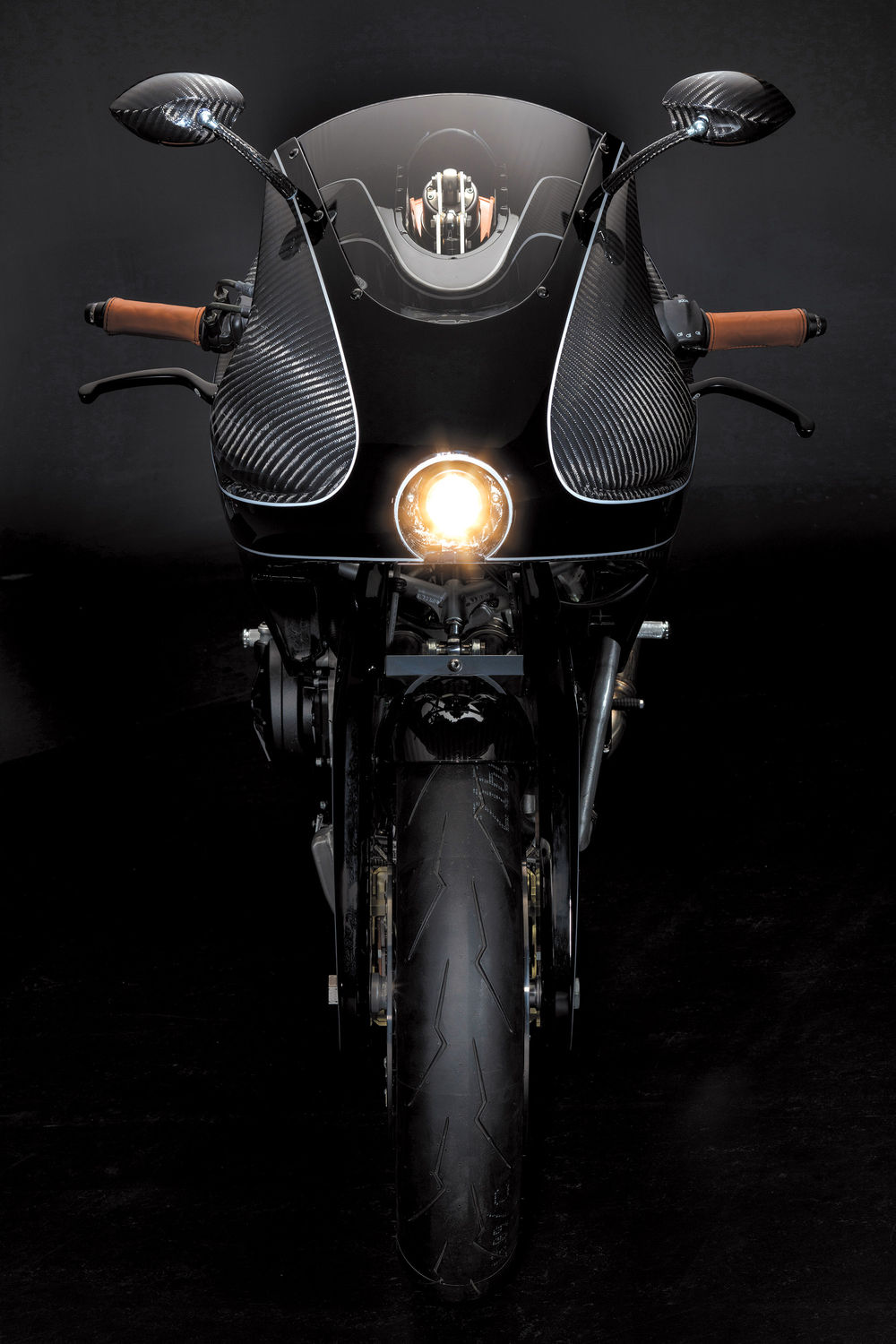 Rolf van der Heide isn’t a big fan of the conventional so the duo decided to design an alternative front suspension. The Öhlins TTX36 shock at the rear is connected to another Öhlins TTX36 unit which is set on the back of the fuel tank and is operated via a rocker-and-pushrod system. The system is positioned to eliminate the opposing forces which, in turn, reduces stress on the chassis. Other features include race-style Motec dash and Brembo brakes. 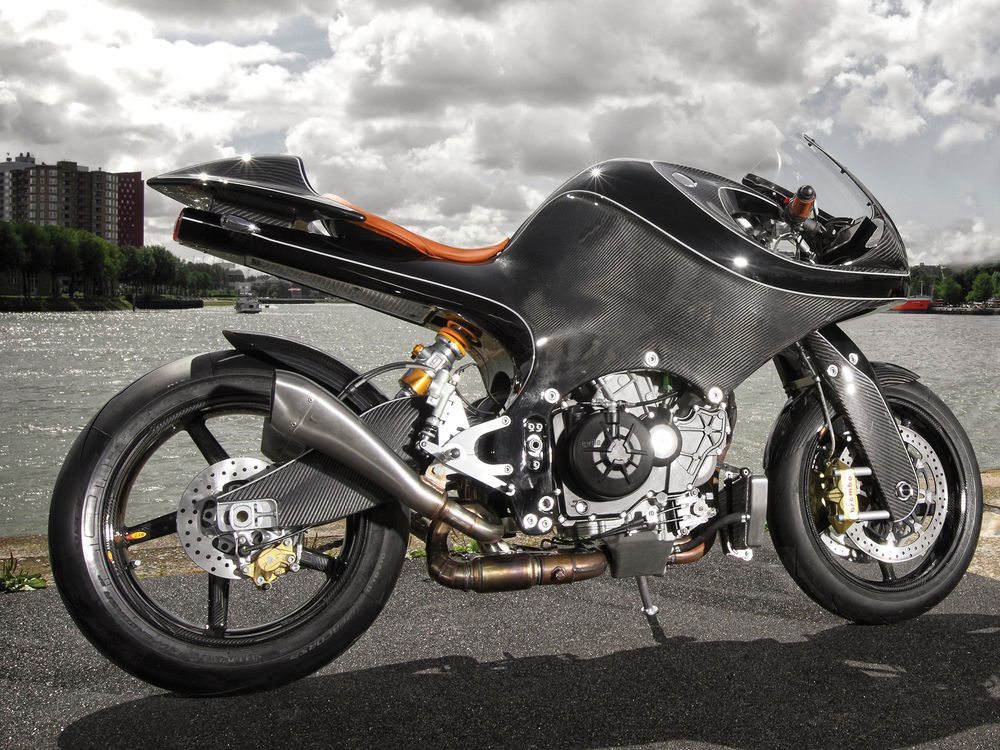 While it may not look production ready, this motorcycle will be available for sale soon and the standard model will be priced at USD 165,000. A total of 25 vehicles are planned by the van der Heide brothers. Here are some more images of the VanderHeide’s carbon-fibre motorcycle. Do let us know your views through the comments section below.