Home News Zoyte 5008, nay, the Premier Rio Gets Another Facelift 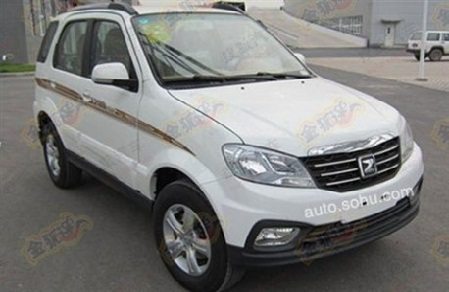 The Premier Rio hasn’t exactly been topping the sales charts in Indian car market. The Premier Rio is largely based on the Zoyte 5008, CKD kits of which are being imported by Premier from China.

Before you dismiss the Premier Rio as another of the re-badged Chinese cars, we wish to bring to light the fact that the car also has a Japanese connection! The Zoyte 5008 has always been alleged to being a blatant copy of the last gen Daihatsu Terios. The truthfulness of these allegations though, can’t be verified as Zoyte purchased the dies of the old car from Daihatsu itself.

In India, the Zoyte 5008, nay, the Premier Rio is being sold with three engine options- 1.2 litre petrol which is reasonable peppy for city runabouts, a 1.5 TUD5 Peugeot IDI diesel engine that is old enough to be kept in a museum and a 1.3 litre Fiat direct injection mill that powers almost every other diesel car in the country.

Now, it has emerged that the Zoyte 5008 is close to getting a facelift in China and seen here are undisguised images of the 5008 facelift.

The new front fascia includes revised headlamps, new shape for fog lamps, new front grill and a new front bumper. Back at the rear, the car is expected to get a wider roof spoiler, new bumper and larger tail lamps. On the inside, safely expect the 5008 to get new upholstery and a revised set of colour tones.

Thanks to these changes, the Premier Rio looks far more upmarket than its current version and we wish that Premier brings this facelift to Indian car market.

And we would like to have better plastics this time. Please.