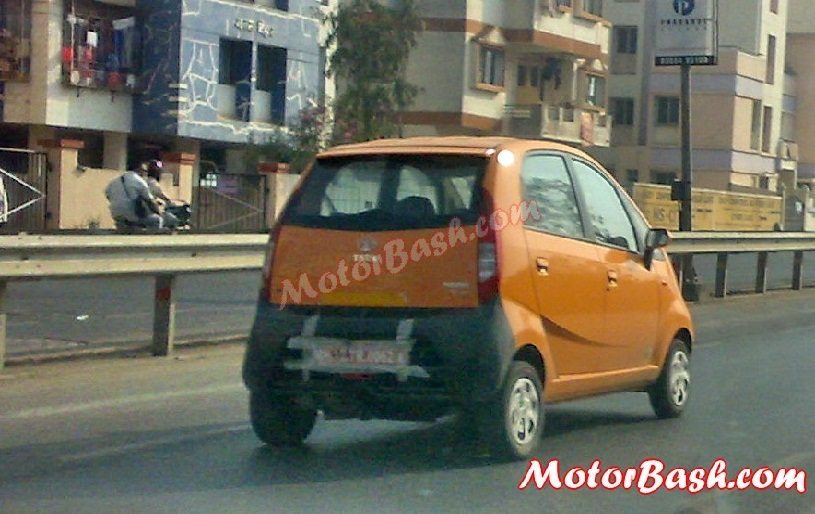 It is no secret that the Tata Nano hasn’t been able to leave a mark on the Indian car sales charts. Much of this can be attributed to the fire catching incidents that marred the initial impression of the small hatchback. While Tata ironed out the flaws and launched the improved 2012 Nano last year, the entry level Tata hatchback hasn’t yet managed to capture the entry level car market. 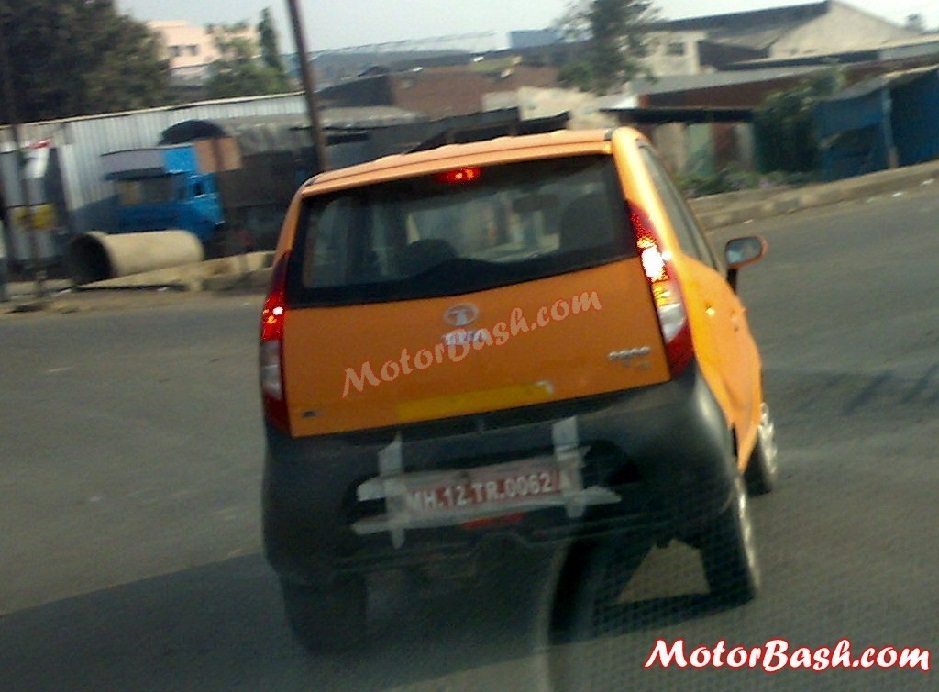 All this might be set to change with the arrival of the upcoming CNG and Diesel variants. The Diesel variant is still some time away from being launched and it is the CNG version that will be introduced first. The Tata Nano CNG was recently caught testing and from what can be made out from the pics, the CNG variant gets additional cooling vents in its rear bumper. 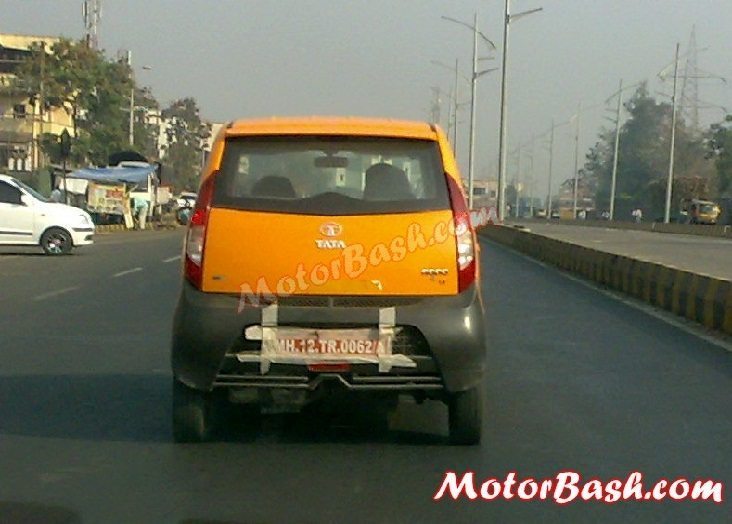 The Tata Nano CNG will come with an under-20 liters CNG tank which is placed under the front seats. Also on the cards is a “mild-hybrid” version that would feature an auto-standby mode. Also expect some slight changes to the centre console/dashboard.