A Yamaha R25 Dyno Run video has surfaced online. It shows that the quarter-liter bike can touch 196 kmph at full steam!! 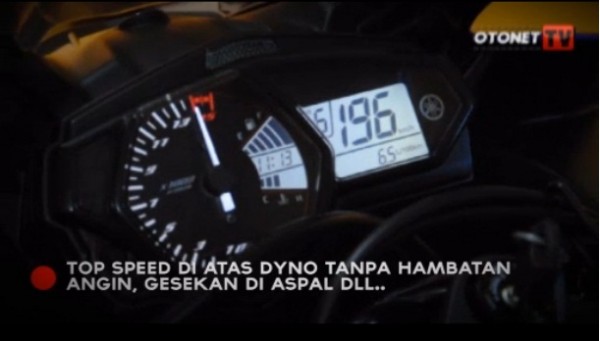 Quite some time back, there was another video of the R25 showing its top speed to be near 175 kmph. the tacho needle was hovering at the 12,000 rpm mark then. Now, the needle kisses the 14,000 rpm redline in its top gear. The speed attained is shown by the speedometer to be 196 kmph, just short of a double ton!!

The Yamaha R25 Dyno Run has its own shortcomings, though. A dyno run doesn’t simulate the conditions that the real world will throw at the motorcycle and the rider. These include wind resistance and the friction imposed by the tarmac surface. Hence, it won’t be unreasonable to assume that he real-world top speed of the Yamaha R25 will lie somewhere between 175-180 kmph. 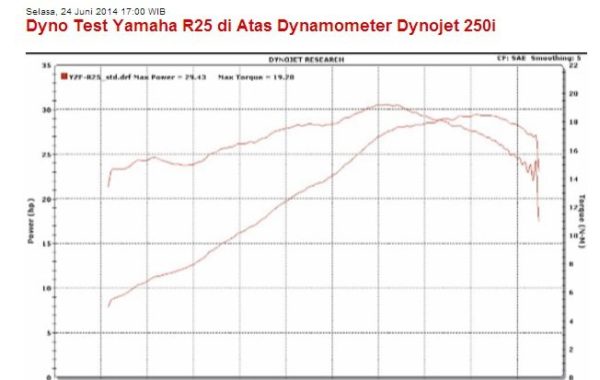 Nevertheless, the managed top speed of 196 kmph on the Yamaha R25 dyno run is a point to be cheered. it does remind us of the fact that today’s quarter-litre sportbikes are a pale shadow of their former selves, with more focus on tameability and frugality. Recently, we had brought out a report that Kawasaki might bring back its Inline-4, 250 cc motorcycle. Those were the real beasts; 45 hp, 200+ kmph top speed and a redline of 19,000 rpm!!

The Yamaha R25 was revealed in Indonesia, and gathered massive amounts of bookings in short time. infact, Yamaha’s Indonesian arm had to curtail exports to meet the domestic demand. It will come to India, but fans and enthusiasts have to wait quite a bit for that moment.