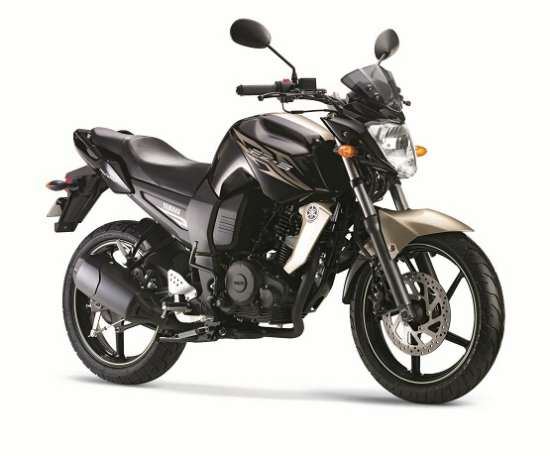 Yamaha India have introduced face lifted version of its popular FZ series of bikes. As a part of the face lift exercise, the FZ16, FZ-S and Fazer have received cosmetic upgrades. The changes, as mentioned, are purely cosmetic and include new logos, new graphics and colours to keep the style quotient up. The only mechanical change is that all the aforementioned models will now be available with a kick start option.

As a part of the face lift, the FZ-S is now available in four new shades – Golden Streak, Competition White, Black Cyber Green and Yellow Streak. The half-faired Fazer will also don the four new colours mentioned above. The bottom of the pile FZ however, will get only two new shades – Midnight Black and Lava Red.

The company has said that the new variants will be promoted via an aggressive campaign spearheaded by its brand ambassador John Abraham.

“The FZ series has gained immense popularity among youngsters since its launch in September 2008. The introduction of the FZ series in a whole new look is in line with our strategy to consistently provide our customers with fresh and new offerings. These bikes have been instrumental in taking our sales to a higher trajectory. We are confident that the new variants too will be an instant hit among the biking enthusiasts. We have also charted out an extensive plan for the promotional campaign of the new variants featuring our brand advisor John Abraham” said Hiroyuki Suzuki, CEO & MD, India Yamaha Motor.

Yamaha India will use all forms of media (TV, radio, print and web) to reach out to its prospective customers.

Does the facelifted range of Yamaha bikes make them any more alluring to you? Discuss this topic with your friends on Motoroids Talks