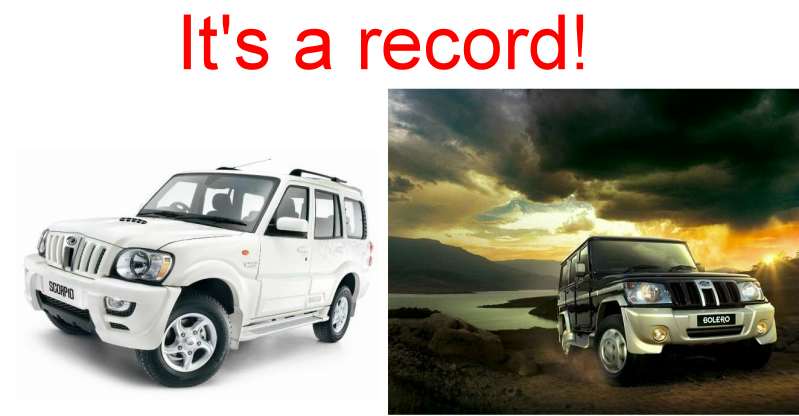 Mahindra and Mahindra have announced that Bolero and Scorpio SUVs have touched new sales milestones during FY 2010-11. The company claims that the Bolero has emerged the bestselling SUV in India for the 5th consecutive year. The vehicle sold its highest ever 83,121 units during FY 2010-11 as against 70,554 units during FY 2009-10, registering a growth of 18%.

Speaking on this achievement, Mr. Vivek Nayer, Senior Vice-President, Marketing, Automotive Division, M&M Ltd., said, “It is a very proud moment for us, as both the Bolero  and the Scorpio have achieved new milestones, which further reaffirm their popularity as brands which are much loved and admired by customers.  The fact that both Bolero and Scorpio have topped the SUV/MUV segment in the TNS Total Customer Satisfaction Study in 2009 and 2010 respectively is also a clear validation of this fact”.