The Covid-19 has been an unwanted speed breaker in many of our lives, especially for those travel junkies hopping from one corner of the world to the other. It has been especially difficult for those who live like nomads without a permanent roof above. These last few months have been filled with anxiety for them.

As the international borders reopen and people start getting on with their respective lives, the famous Greek family of Overlanders has decided to restart their journey, travelling in a totally different world after the Covid-19 outbreak. 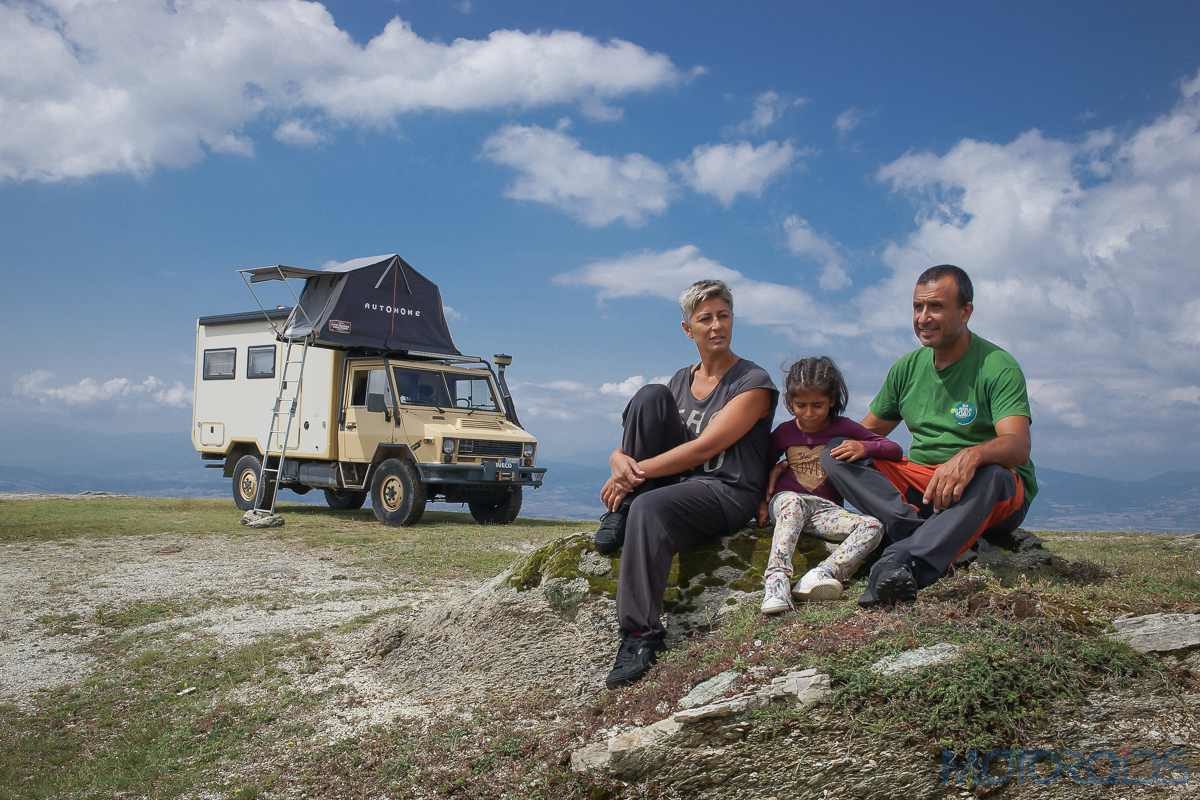 Their Journey So Far In The World Offroad 2.0

Since May 2018, when they left their apartment in Italy, they have lived like nomads in their Iveco camper. They travelled to Greece in autumn 2018 and till summer 2019 travelled around the country, exploring most of its hidden treasures from Prespa lake to Kastellorizo and from Epirus region to Crete island. On September 9th, the Greek overlanders started travelling in the Balkans, from Bulgaria to Romania and from Moldova to Ukraine.

On December 21st, 2019 they departed for a long trip to the Stans and Mongolia. But in just three months they had to review their plans. The Covid-19 outbreak found TheWorldOffroad expedition on the border of Turkey – Georgia, while all other borders were already closed in Asia. 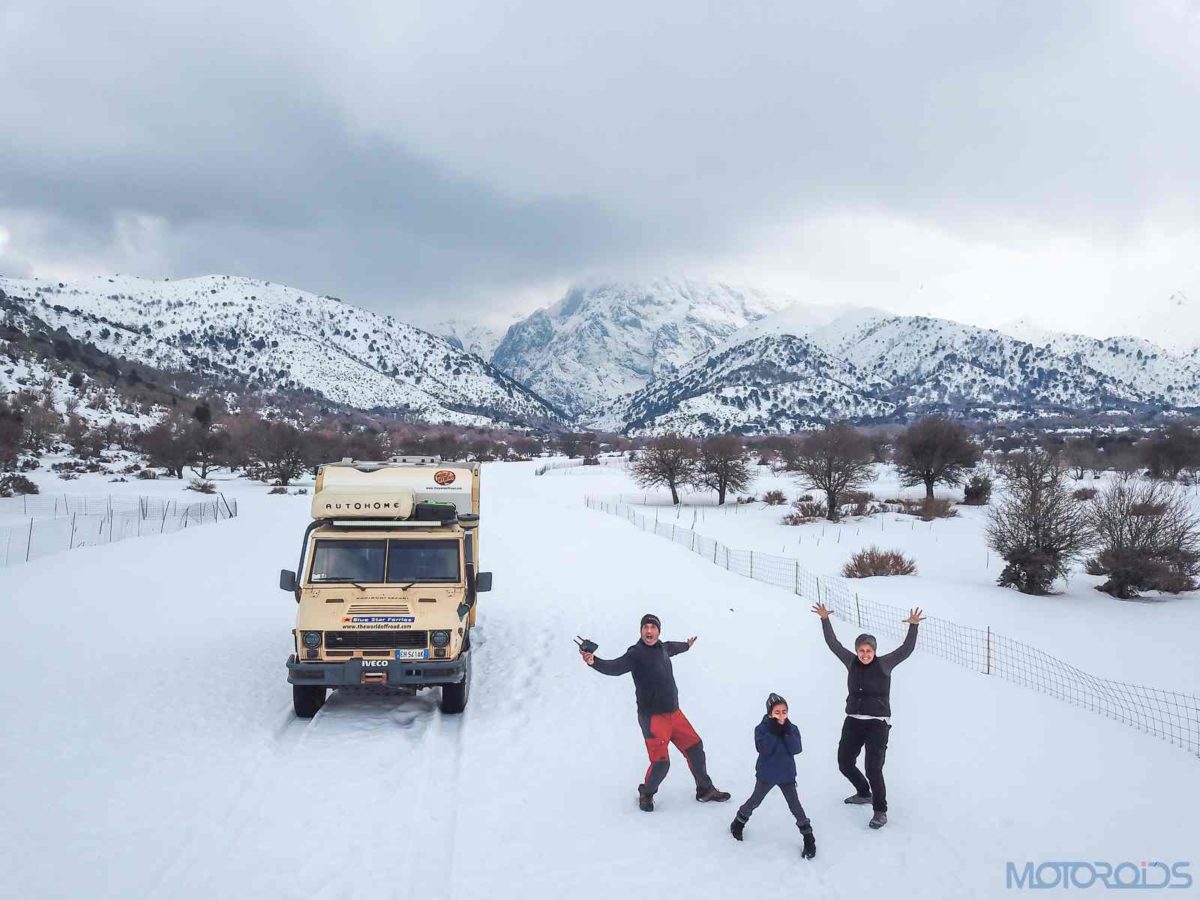 Akis Temperidis, Vula Netou and their 8-year old daughter Anastasia, the first-ever family from Greece who started travelling around the world in a vehicle, had to forcibly return to Greece at the end of March 2020, due to the Covid-19 outbreak. However, the World Offroad project is far from being over yet. After a 3-month lockdown in most countries, from July 1st, internal borders are open again in the EU and this gives the opportunity to the Greek family of getting back on the road.

Further Routes They Wish To Take

“Despite having left Europe aside in our initial plan”, says Akis, “we now start travelling in the continent first. Our first destination is North Cape, where we intend to arrive late in the summer if Norway opens its border as they have announced. On the road, we want to experience, not only the natural beauty of northern Europe and Scandinavia but also report about the impact of Covid-19 on people’s lifestyle.”

He further adds that this phase of the European trip gives a totally different meaning to the World Offroad 2.0. With this being the just the first step for the World Offroad in the Covid-19 era, the family hopes that the international borders gradually start reopening after Autumn as they aim to travel outside Europe. The Greek family intends to travel again from Greece to the Baltic sea and Estonia by the end of July 2020. 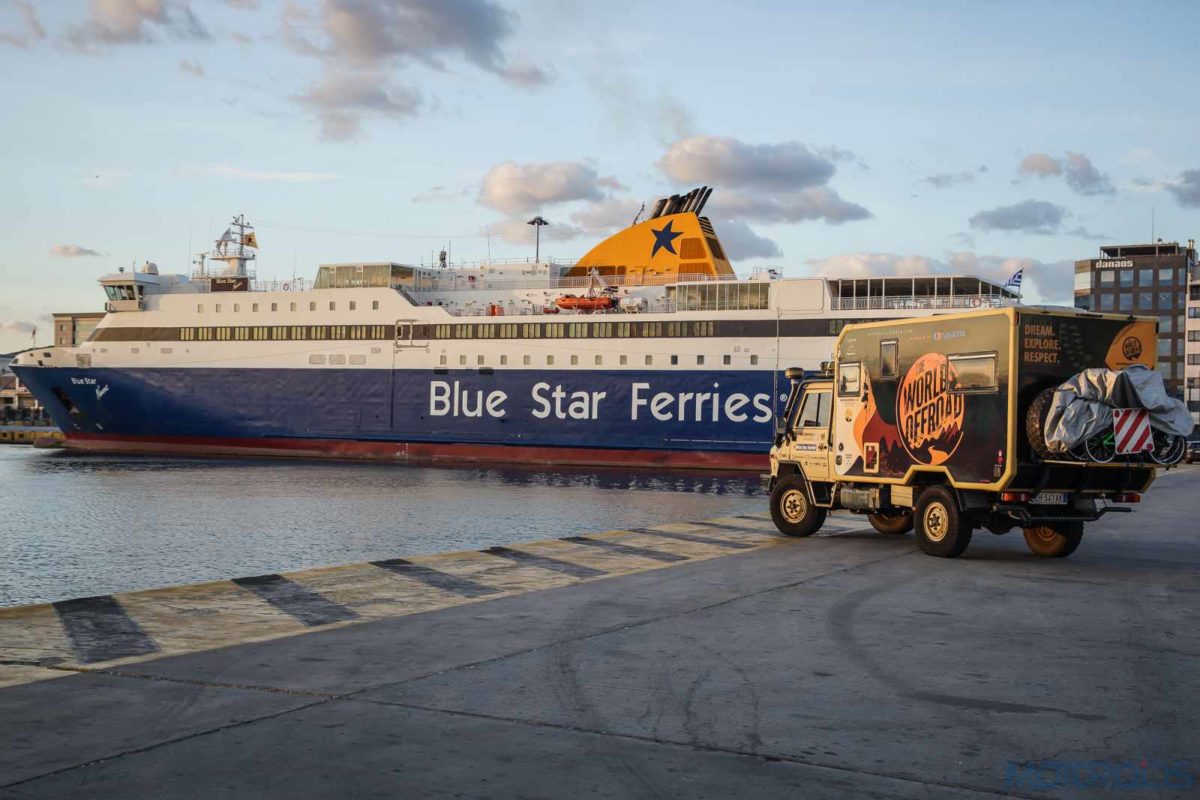 “In any way, we don’t care so much for the destination but keep safe the three of us and see our daughter growing up nicely while following her class online”, says Vula. “From the North Cape, we may continue to Russia in order to finally arrive in Mongolia – something that looks impossible for the time being. Our plan B is to get our Iveco in a Ro-Ro vessel, cross the Atlantic and wait for it in South America, considering that the epidemic gets better in the meantime,” she further added.

The family is not new to such expeditions. Living one of Mankind’s finest dreams from 2007 to 2010, they actually drove across 66 countries in 5 continents, completing no less than 167,000 kilometres in 1234 days – Almost three years and a half on the road and off-road as part of their first World Offroad expedition.

The family consists of Akis Temperidis, a Journalist and photographer, specialised in travel, motorsports and adventure activities; Vula Netou Avantoglou, a former contemporary dancer and choreographer and their eight-year old daughter Anastasia Fotini Temperidou. After a long career as a car journalist in Greece, Akis decided to make his dream come true and travel around the world and therefore, the project The World Offroad was born. 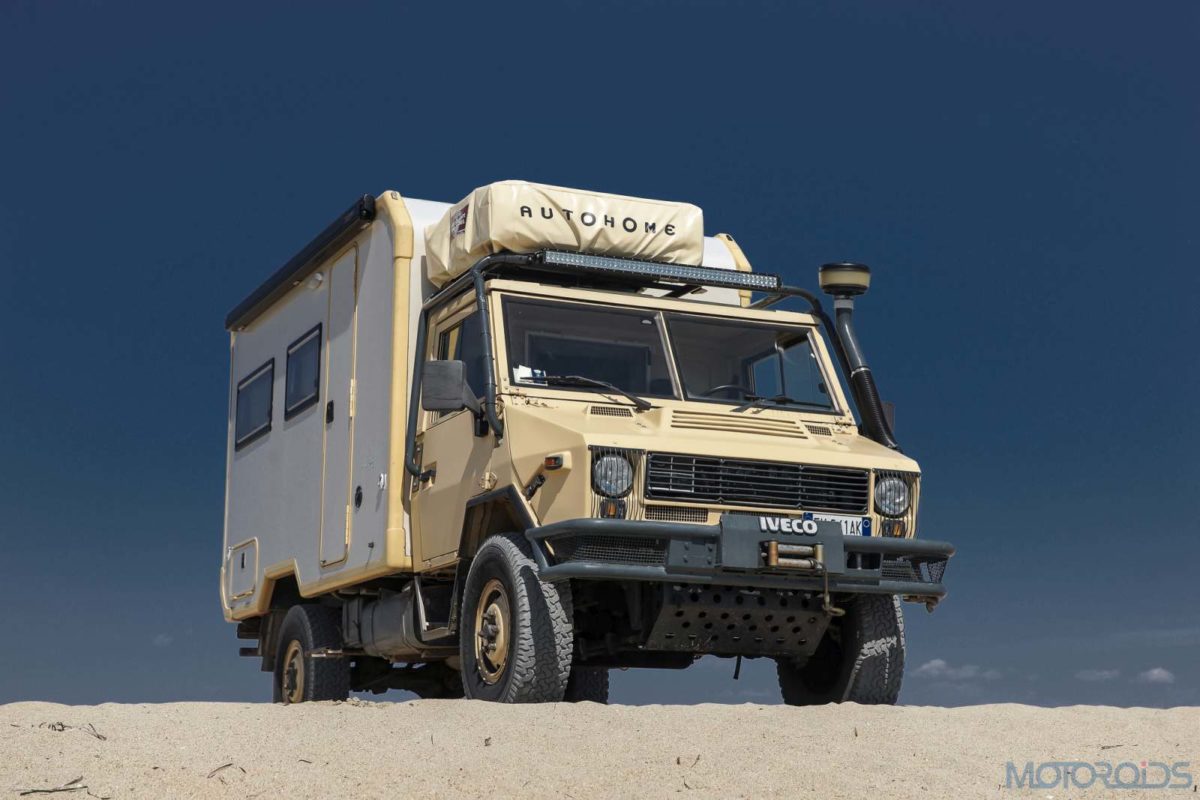 Three years ago, Akis bought a rugged Iveco VM90 – a personnel transporter used in military expeditions in places such as Afghanistan and Iraq. The family transformed the Iveco into a tiny camper van for three people and they started designing their next trip around the world. They have named the camper as “Karibuni Safari”, which means “Welcome to travel” in Swahili. Motoroids wishes them “All The Best” as they embark onto the next phase of their journey.