Home News Where are the Underbones? 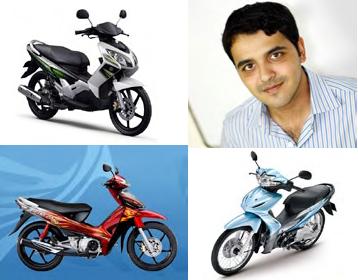 ‘Underbones’ a.k.a ‘step-thrus’ are generally quite popular in developing countries around the world, especially in South-East Asia. But, apart from the humble M50/80, the whole concept never really caught on in India.

Step-thrus essentially are a much better bet compared to scooters, especially for a country full of broken roads, like ours. Step-thrus, in principle, are nothing but saree-friendly alternatives of motorcycles. They have bigger wheels and shock absorbers compared to scooters, and yet, also have an underseat storage like the Scooty. The ladies, no doubt, are bound to be huge fans of these machines. So then, why don’t we have a single one available for sale in India? Honda, Yamaha, Suzuki and even our very own TVS make and sell them outside the country. Apart from Hero Honda (Street) and Kinetic (K4S), no manufacturer has ventured into this segment in the recent past. So maybe it’s the lack of a decent product that has kept our nation away from the Underbones. Remember? Even the scooter segment was almost dead untill Honda came up with the Activa.

If you happen to visit, say Saigon, you can see that the streets are filled to the brim with people riding these machines irrespective of their age, sex, caste or creed. Even men, old, young or middle-aged, seem to prefer these things to bikes, without any embarrassment. Maybe the problem is with the typical Indian mentality, in India even school-going boys won’t touch a ‘ladies cycle’.

But times are changing; young boys today have embraced the unisex bicycles. College going teens have embraced the Activas and Dios. I’m sure that they will love a racy underbone, especially if they can get one in ‘Repsol’ colours. Middle aged men are already swallowing their egos and ditching their bikes for automatic scooters, even they might be willing candidates.

Manufacturers seem to have felt the pulse. Yamaha has been gauging the customer’s response to the Nuovo, at the factory showrooms since last year, while the TVS Neo has already been caught undergoing testing in the country. Who knows the first underbone might just hit the showrooms within the next 6 months.