Home Alfa Romeo Is the two-wheeler industry afraid of the Internet?

There really were no surprises as the chain of events unfolded. I expected most things to happen the way they did, and I really wanted to write about them right from the outset. Just that I wanted to wait and experience them first hand, before getting down to let you know about it. So here goes.

Right from the time I got the first pangs of starting a mainstream automotive e-magazine, I knew that the idea was probably a little too novel to be taken seriously by some of my industry friends. Unfortunately, our automotive industry follows convention in a very extreme sense of the word. However, I have an unshakeable conviction that the force of more than a million biking enthusiasts who clog the wires on the Internet every day in search of the latest motoring action cannot be ignored for too long. The enormous number of people who surf the internet to quench their motoring fetish makes the web the ultimate decisive force driving the opinion of the car and bike buying people. And while I knew that the PR and media management machinery of most of the Indian manufacturers has been very conveniently ignoring the might of the web-based information providers, I was really amused to experience their ignorance first hand. 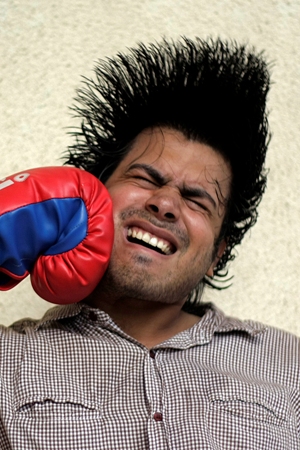 Well, to be fair to them, in my case, their apprehension and scepticism towards a new media company relying solely on a relatively new platform were quite understandable. The funny part, however, is that some of the representatives from these companies don’t know how to talk straight. Their decision to fall ill, or to go for indefinite leave, or to disown their cell phone and let it ring till eternity depends solely on whether you are from TV, print or online media. While their attempt to turn a blind eye to the inevitable may be a little hassling for now, they’ll eventually have to give in to the power of the ultimate information resource sooner than you could imagine.

Then there are the media managers who think of motoring journalists as professionals on their payrolls. I mean it’s natural for a manufacturer to expect a write-up which is reasonably fair to the bike that they designed and manufactured after years of research and investment. However, being averse to the mention of even the most obvious flaws of a product is absurd, to say the least. Honesty, in most cases, is mistaken for contempt. Someone will have to take a stand to make it clear that a review cannot always be deferential. Motoroids will do its bit to facilitate that, and we’ll need you all along to make the endeavour a success.

It’s not just thorns and spears though. There are good people in the industry too, who understand the fact that it’s ultimately a good product that wins the customer and not a review by a journalist. There are people who understand the power and potential of new media and see it as an indispensable campaign channel. These people would discuss things, and express their willingness or inability to cooperate in a very forthright manner. As you would imagine, the products from the companies which these professionals work with invariably top the sales charts.

We are sure things will change soon, and they’ll change for good. In the meantime, we’re ready to brave the punches and deliver what is really expected from us – honesty. May the force be with us!