Home News Watch: What the MG Hector’s Design, Interior and Features Would Look Like

MG Motor is bringing the Hector SUV in the Indian market very soon. This SUV is based on an international platform which underpins other vehicles like Baojun 530, the new GM Captiva and the Wuling Almaz. A new teaser, launched yesterday by the manufacturer tells us the SUV is coming our way this summer. While we wait to see how the SUV will look from the outside and inside, a walkaround video of the Wuling Almaz can give us a fair idea of what the expect from the upcoming SUV.

Starting with the exterior, we see a rather unconventional front fascia. Just like the Tata Harrier, we see the LED DRL strip located at the top edge of the bonnet and the regular headlight assembly is placed towards the front bumper. Being a premium SUV, one can expect an abundance of chrome to be present on the exterior of the vehicle, including the surrounding of the greenhouse area, front grille and a few more spots. The front door handle also comes with a request sensor for keyless entry and go. The mirrors are also electrically adjustable and fold electronically. 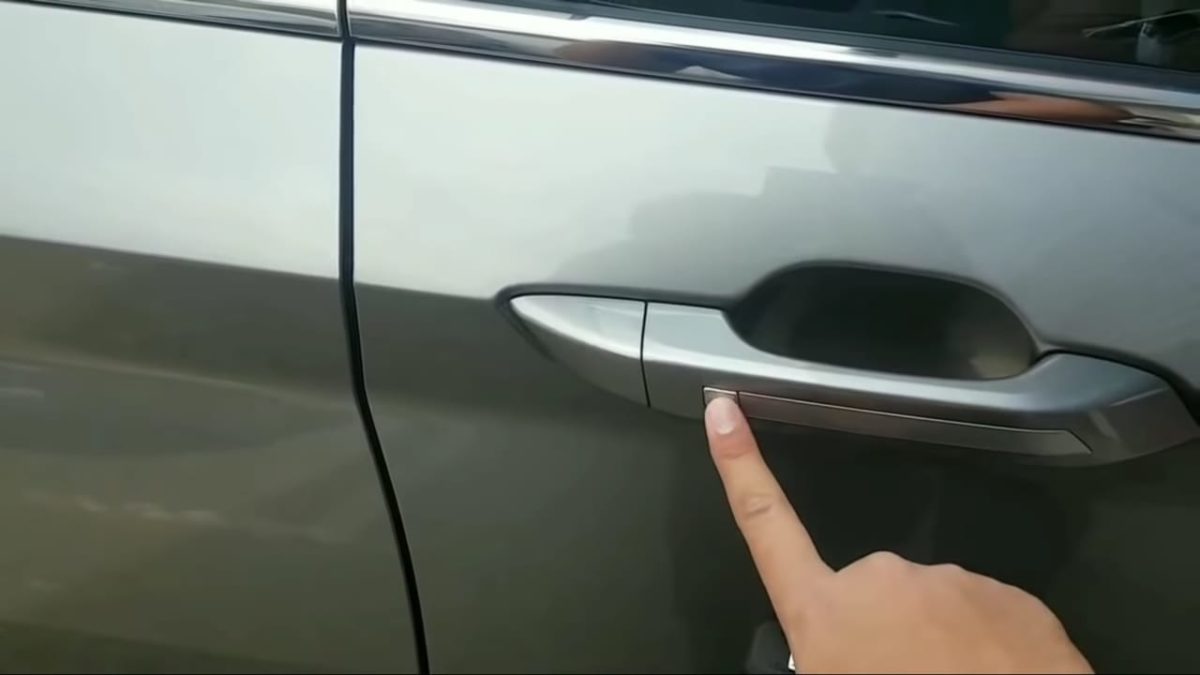 A request sensor is present on the door

Opening the door, one can see that the interior does feel like a very premium space. The door panel gets leather upholstery and comes with soft-touch materials. The window switches also appear to be sturdy and only the driver side window gets an automatic function. The Wuling Almaz comes with a Harman Infinity audio system which includes four speakers, four tweeters and a subwoofer. The door pockets are also huge and come with enough space to hold your essential items. The door panel also, is rather long, which would help you keep your clothes clean when climbing in and out of this rather high vehicle. 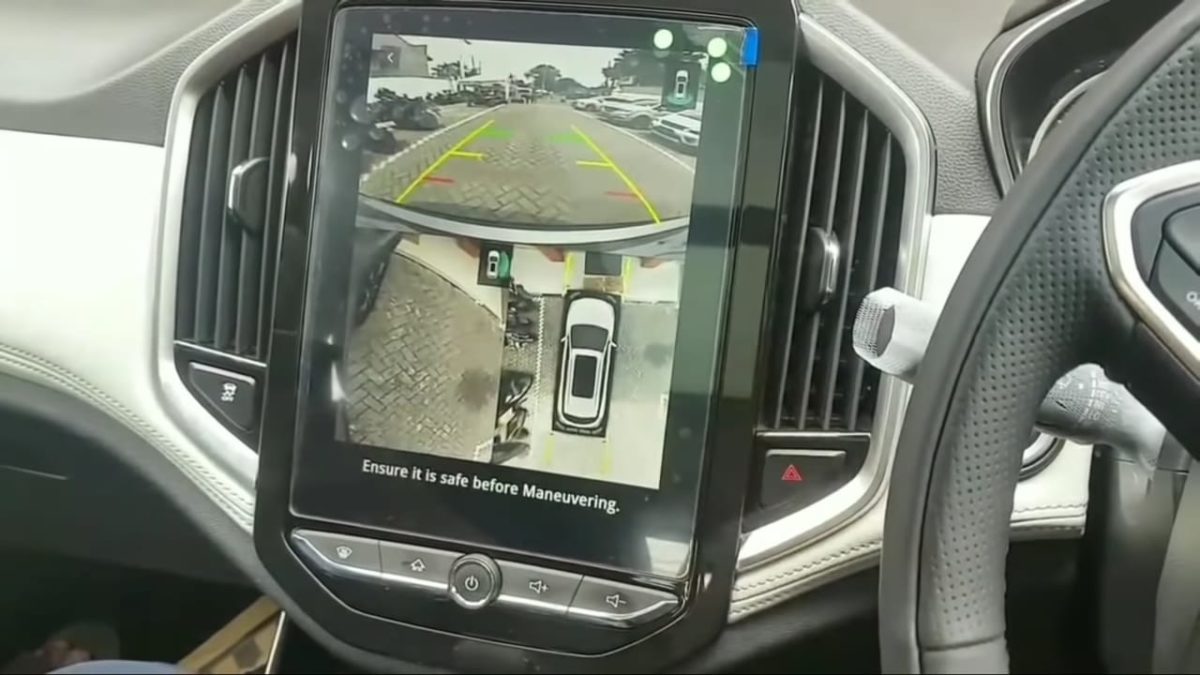 On the inside, the feature list is endless, one can see buttons for the 360-degree camera, mirror adjustment, cruise control and some more on the right side of the steering wheel. Underneath these buttons, one can also find a convenient cubby hole and buttons for opening the bonnet and fuel cap. The dashboard too comes covered in leather and soft-touch materials, finished in a dual tone scheme. The driver side seat comes with electric adjustment and the driver gets a decent sized MID which provides a huge amount of information to the driver. 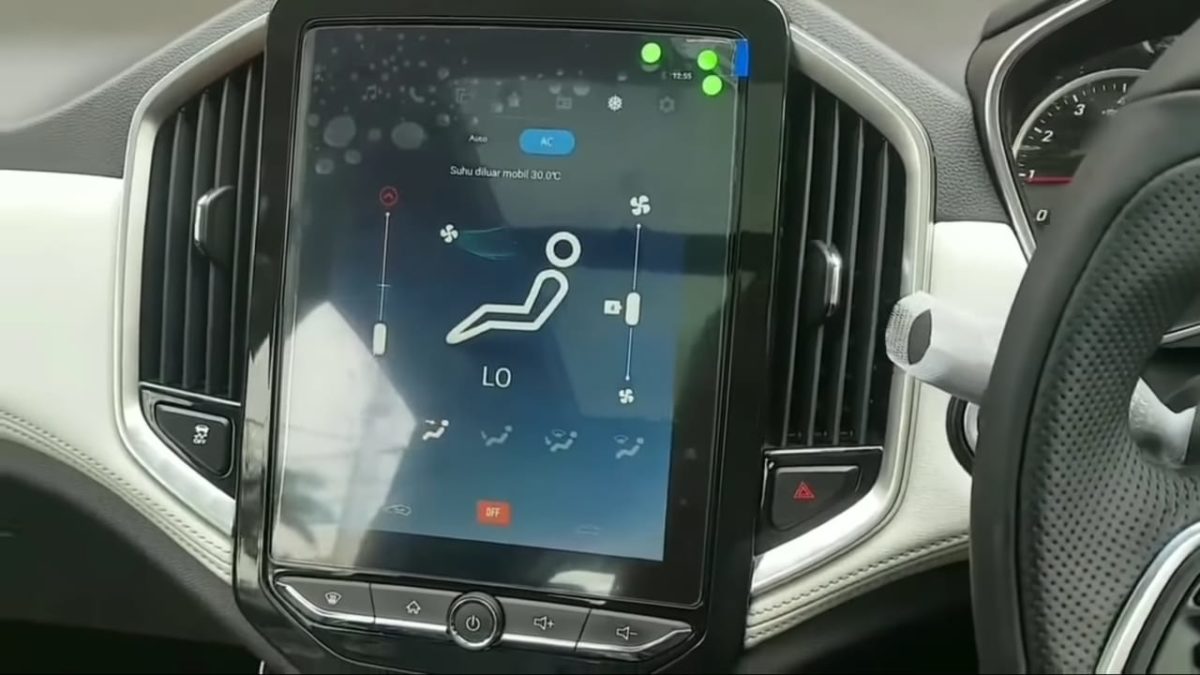 The climate controls can be found in the touchscreen

Also Read: The MG Hector Is Ready to Take on Our Roads, Launch to Happen This Summer

The central infotainment screen measures 10.4 inches across and due to the lack of buttons, almost everything, including the climate control as well can be controlled using the same screen. The screen comes with a bunch of functions, TPMS, 360-degree camera and some more features. The infotainment screen and even the MID can be controlled with the abundant buttons present on the steering wheel. The model shown in this video is equipped with dual-clutch gearbox and a large panoramic sunroof. One can also see airbags mounted on the B-pillars right above the adjustable seatbelts. Do watch the video showcasing many details of the car which is linked below and stay tuned for this SUV which is about to make its debut soon.