Back in the 90s, engineers and car manufacturers were struggling to break the 200 mph speed barrier in regular, road-going cars. The likes of the Ferrari F40, the Jaguar XJ220 and the McLaren F1 were some of the few cars which successfully broke this barrier and remained the fastest production cars of their time. The latter car, the McLaren F1 was so ahead of its time, that it took nearly a decade for the Bugatti Veyron to take its throne to become the fastest car. Then came the next generation of hypercars which pushed the barrier of top speed higher. Bugatti, however, has now taken the throne once again and has not only built the world’s fastest car, but has now crossed the 300 mph barrier with this modified Chiron. Have a look as the car reaches a mind-blowing 490.48 kmph.

To make sure the car did not fall apart or take off in the air, Bugatti had to take a number of steps. Aeroplanes generally fly around in the air at such speeds, so one can estimate how difficult it must have been to keep this car on the ground. Apart from a number of aerodynamic changes, which includes the removal of the massic rear wing and air brake, Bugatti also elongated the car by 250 mm for additional stability. The interior too, had to be stripped out to remove keep the weight low. This includes the removal of the passenger seat as well. With chances of a mishap high, while the car covers the length of a football field in one second, a full-body roll cage has also been installed. 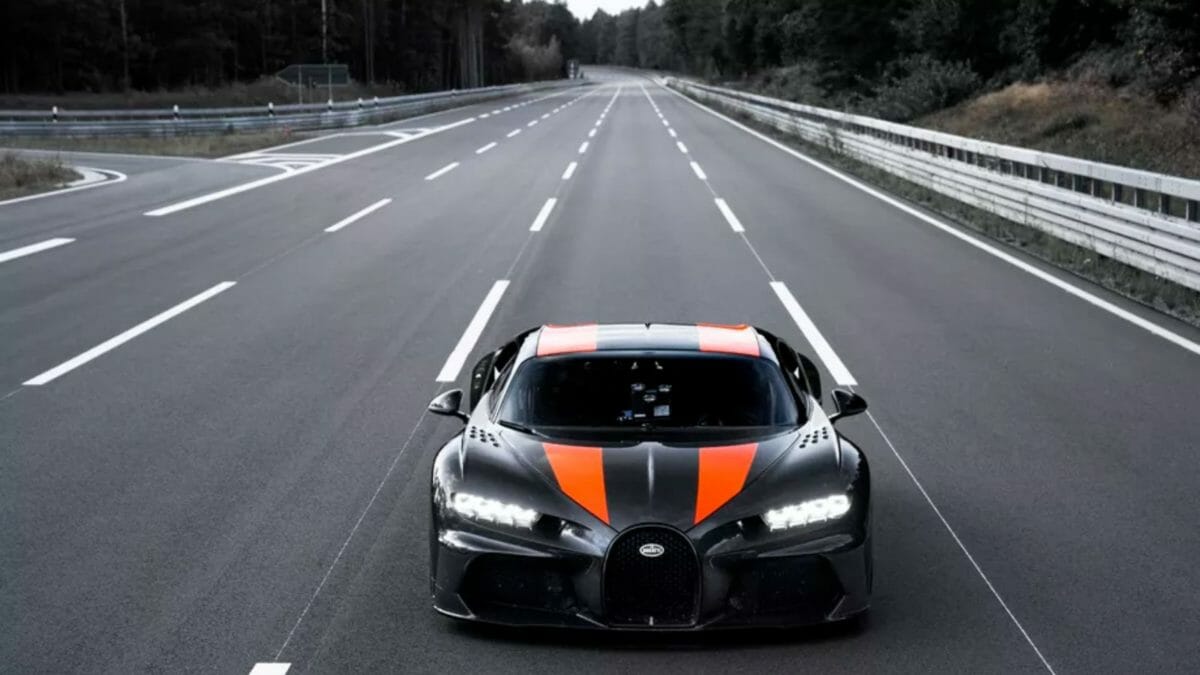 Powering this record-breaking Chiron is a similar 8-litre, quad-turbocharged W16 motor in a different set of tune. In this car, the engine produces a maximum of 1,578 PS of power. The power is sent to all four wheels via a Ricardo sourced 7-speed dual-clutch transmission. The exhaust system appears to be picked from the recently unveiled Centodieci, which pays tribute to the legendary EB110. The paint scheme on the car, all black with orange strips is quite similar to the one seen on the Veyron Super Sport, suggesting that Bugatti may soon offer a Chiron Super Sport for some lucky customers around the world.