Compared to MotoGP or Formula 1, the World Rally Championship isn’t as widely screened across television sets across the World. This genre of dirt-kicking motorsport is still followed by many across the World and die-hard fans even camp through the event to cheer upon their favourite teams and drivers. Spread across 14 rounds which take place at some of the most scenic locations around the World, the season usually kicks off with the Rallye Monte Carlo which takes place across the French Riviera in the principality of Monaco.

As the circus moves along, it goes through Sweden, Mexico, France, Argentina, Chile, Portugal, Italy, Finland, Germany, Turkey, Great Britain, Spain and Australia. The beauty of the sport lies in the fact that not only does it involve watching seriously skilled drivers create magic behind the wheel of everyday cars modified into extreme monsters, but they also do that while going sideways through some of the most scenic locations in the World. But have you ever wondered how do they capture that footage through all the dust, the wild, and every other real-world object? The video above takes you through most of the rounds to explain how they do it. 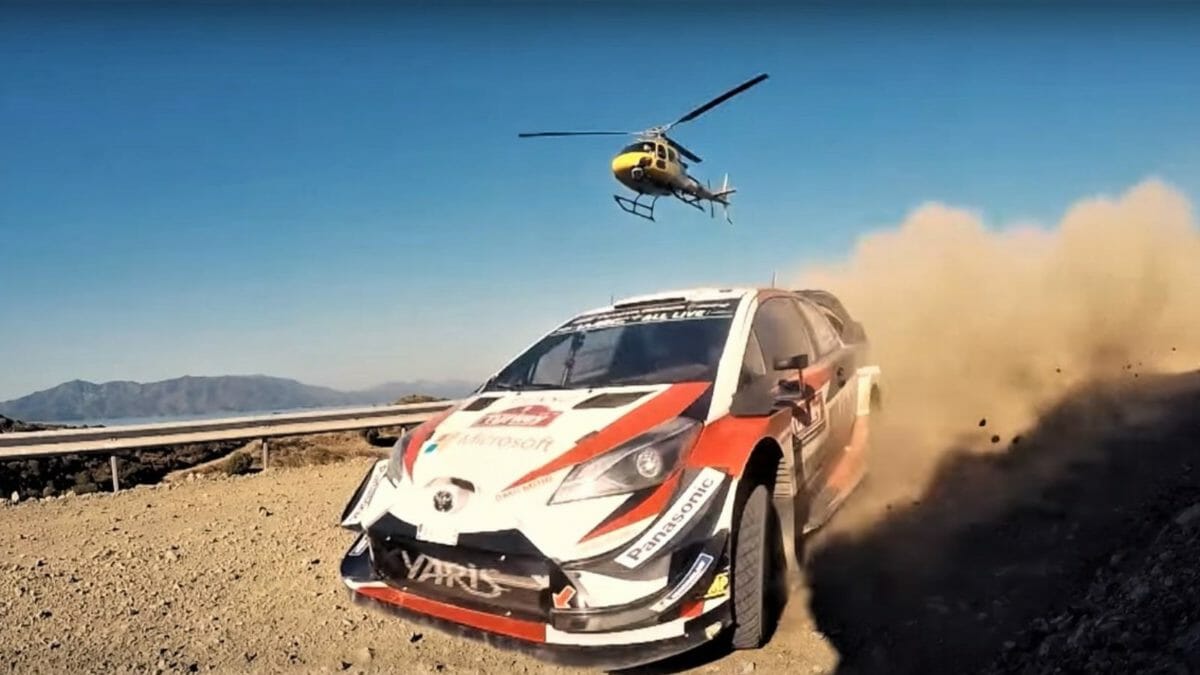 The Heli is mounted with a gimbal which is attached to a camera. An operator seated beside the pilot uses a stick to track the participant, as the pilot tries hard to keep up with a car whose tyres mostly leave a long trail of its super-fast progress. Like the driver and the navigator inside the car, even inside the helicopter, it takes real coordination between the two to capture the perfect footage, which is then beamed across the World. Currently, it is Hyundai, Ford, Citroen and Toyota who are participating as official teams which score points through the season. 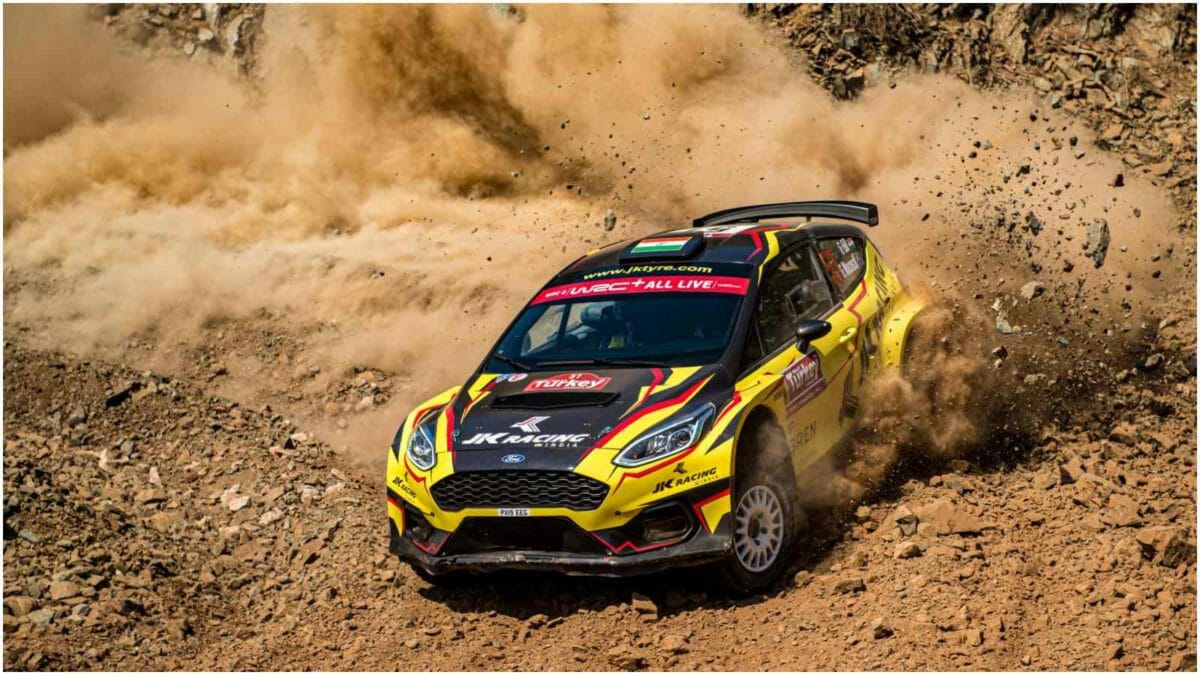 India’s very own Gaurav Gill participated at the Rally of Turkey this year as a registered entry in the WRC2 category. The ace rally driver showed impressive pace through the four-day rally competition with multiple podium finishes through the 16 of 17 Special Stages, while driving the all-new JK Racing Ford Fiesta R5 Mk2 developed by M-Sport. Unfortunately, a transmission failure ended his run in the last stage of the rally.