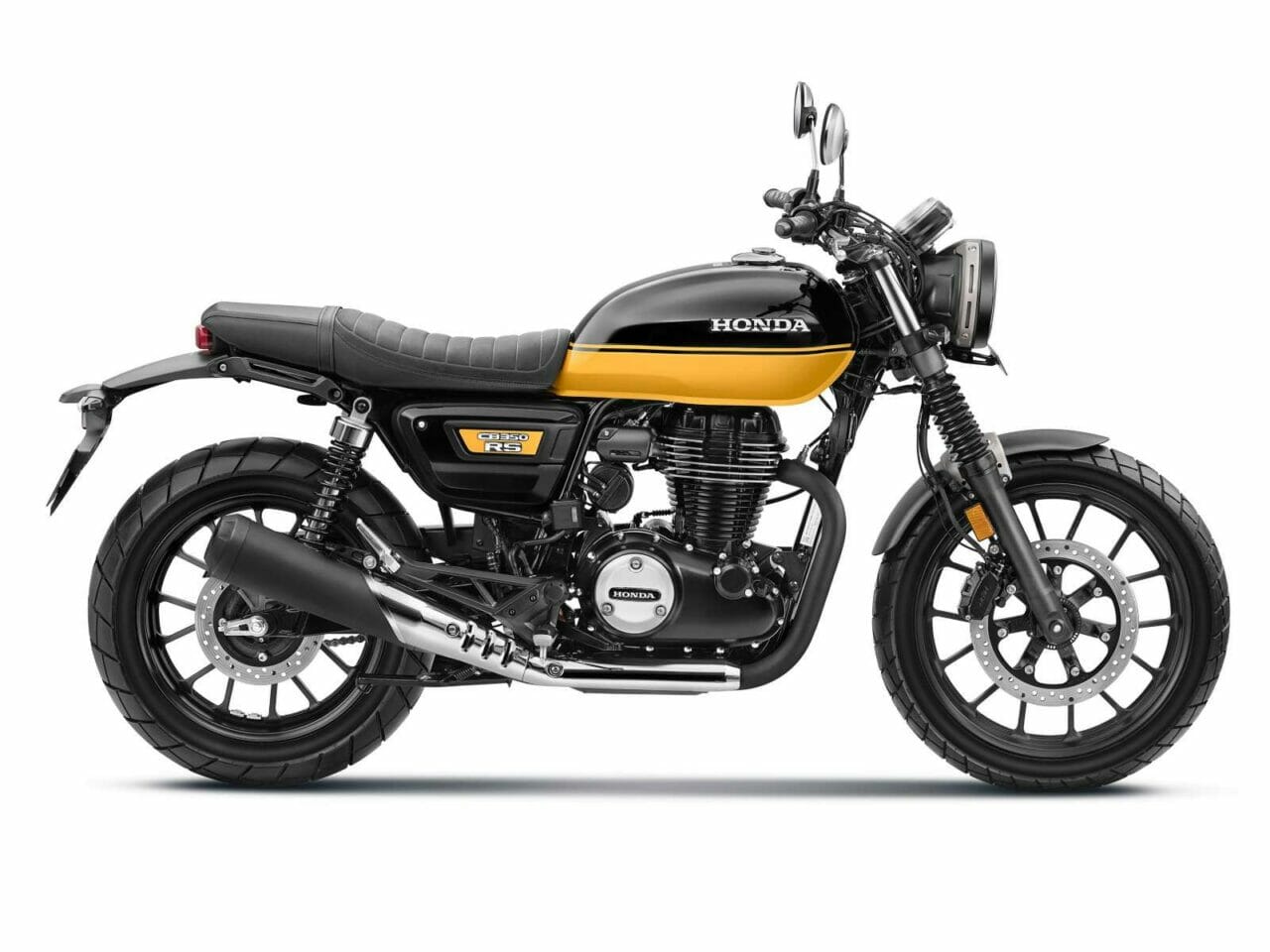 Honda recently expanded the CB350 lineup in India with the launch of the CB350 RS. It hasn’t been long since the H’ness arrived in our country. The latter half of 2020 witnessed Honda Motorcycles India launching the CB 350 in India and now, we get to see a funkier version of the H’ness in the form of CB350 RS. The CB 350 RS is priced at INR 1.96 Lakh making it dearer than the DLX Pro variant of the roadster by Rs 4,000. According to Honda, the RS in the moniker stands for ‘Road Sailing’.

We recently got a chance to spend some time with the CB350 RS. Though we couldn’t ride it, the limited time that we had with the motorcycle was enough to put things into perspective.

A lot of things, at least visually. While the CB 350 is an absolute retro delight with chrome elements splattered all around its bodywork, the CB 350 RS looks sportier of the two. This has been achieved by including blacked-out elements. The frame, chassis, and other mechanical components get this lovely all-black theme that intensifies the CB350RS’s sporty intentions. 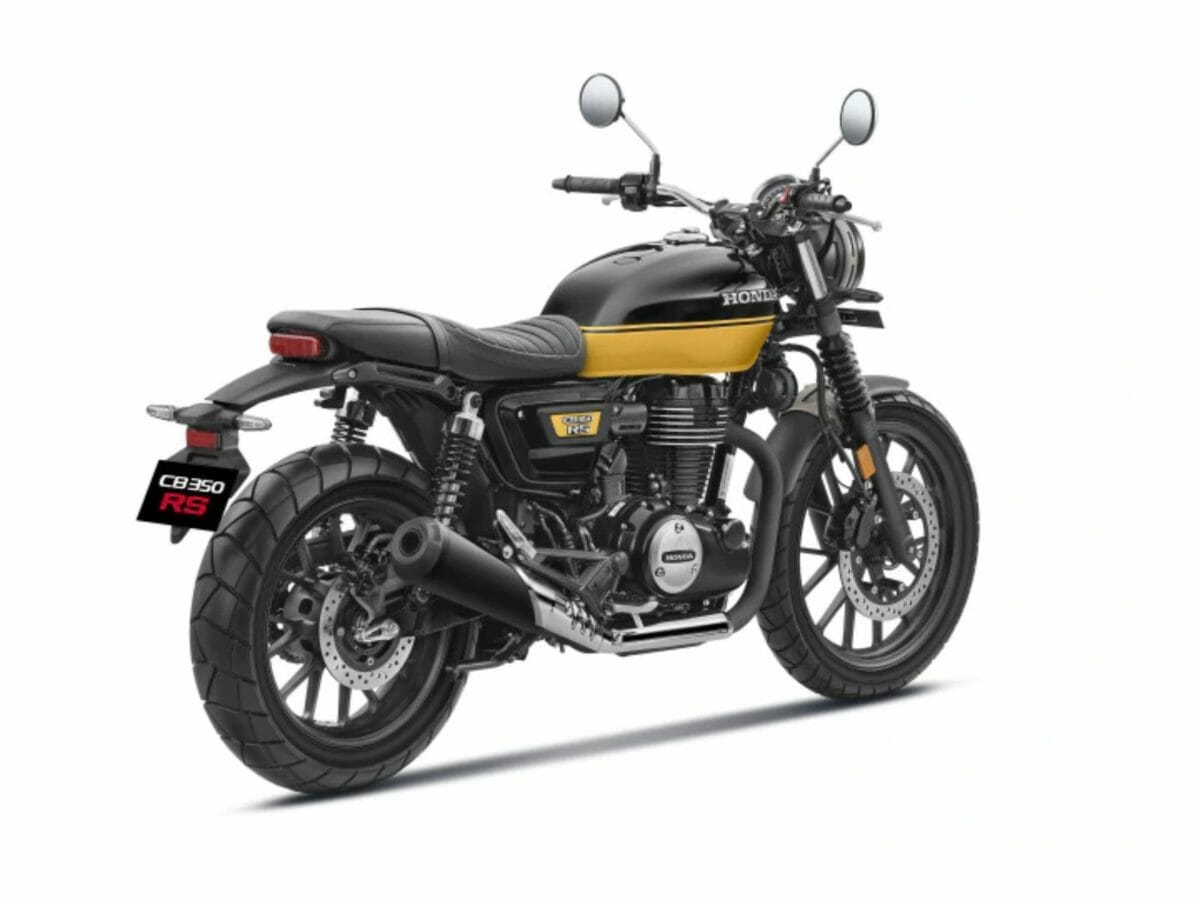 It gets the same round LED headlamps, fuel tank, and the underseat side-panels as the CB 350. CB350RS will be available in two color options – Radiant Red Metallic and Black with Pearl Sports Yellow. We are happy to report that the build quality, in typical Honda fashion, seems impeccable. 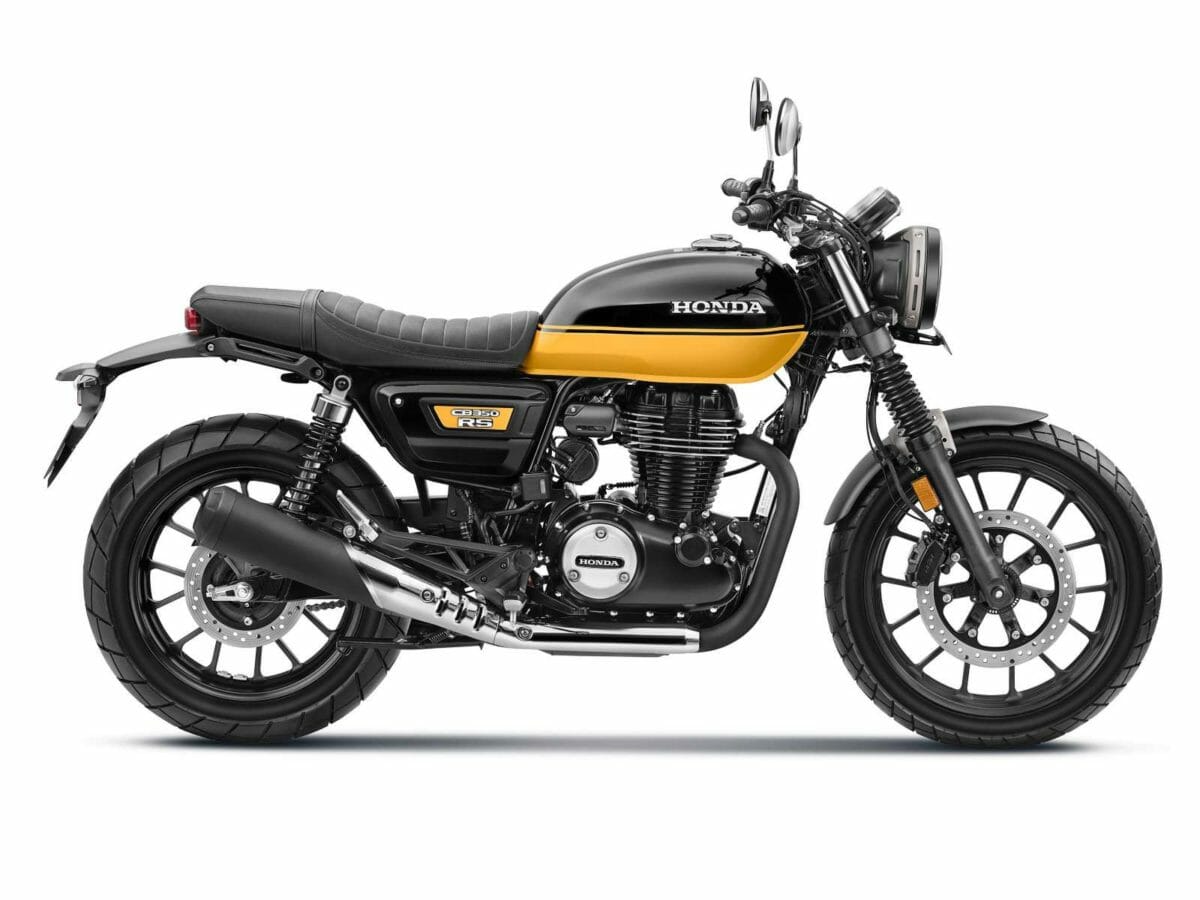 Other changes include flatter single-piece bars which should provide a more aggressive riding stance as compared to the CB 350. The riding position might have become sportier but it will not be as uncomfortable as it misses out on clip-on handlebars. The flat bench seat with ribbed pattern is new too and gels well with the approach of the motorcycle. Another major change includes the redesigned rear end with a differently styled tail lamp and fender. 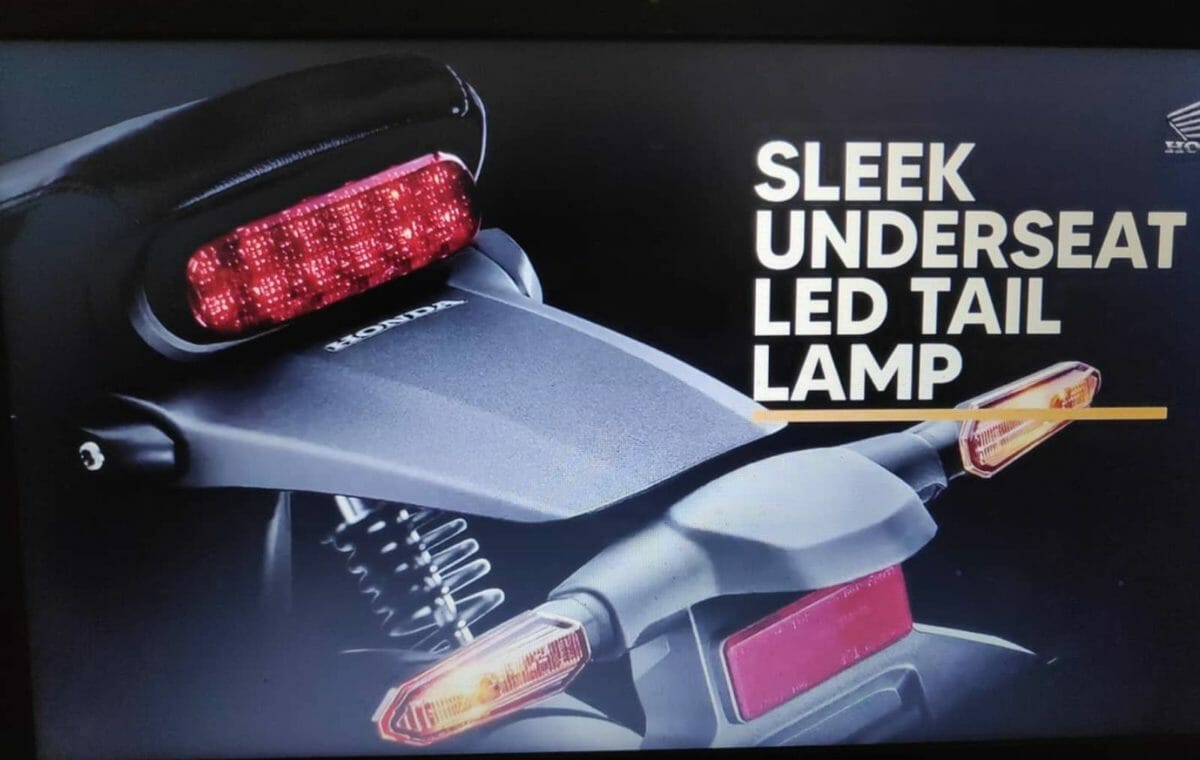 The skid plate underneath provides extra protection for the engine so you can take on streets effortlessly. The muffler on the side gets a smoky-black finish accentuated with the use of chrome. Fork boots on front suspension give a rugged look while the Sporty looking grab rail compliments the overall design of CB350RS. 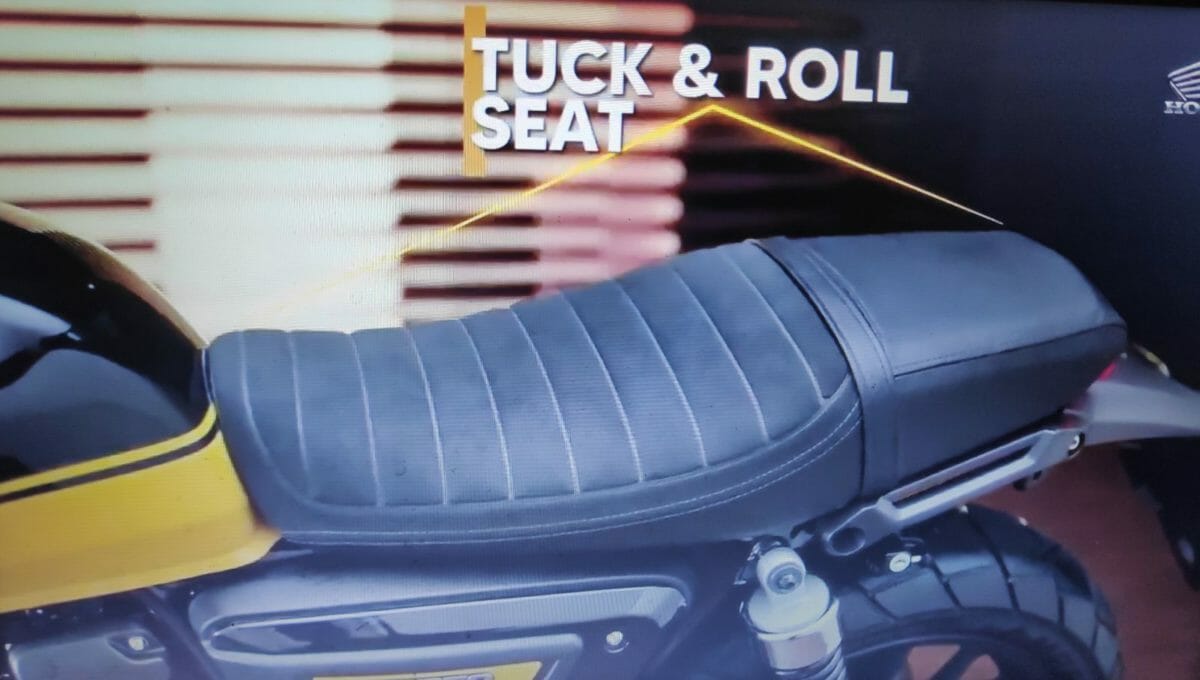 The RS makes use of a different 19-/17-inch alloy wheel setup. These rims now come wrapped in MRF Zapper Kurve tyres. Despite the smaller rear tyre, ground clearance has increased by 2mm to 168mm, which should not matter that much. What might help its cause is that it is 2kg lighter than the CB350, the RS tipping the scales at 179kg. It doesn’t get the voice-controlled Bluetooth feature, the USB charger, or the dual horns that come with the DLX Pro variant of the H’ness. 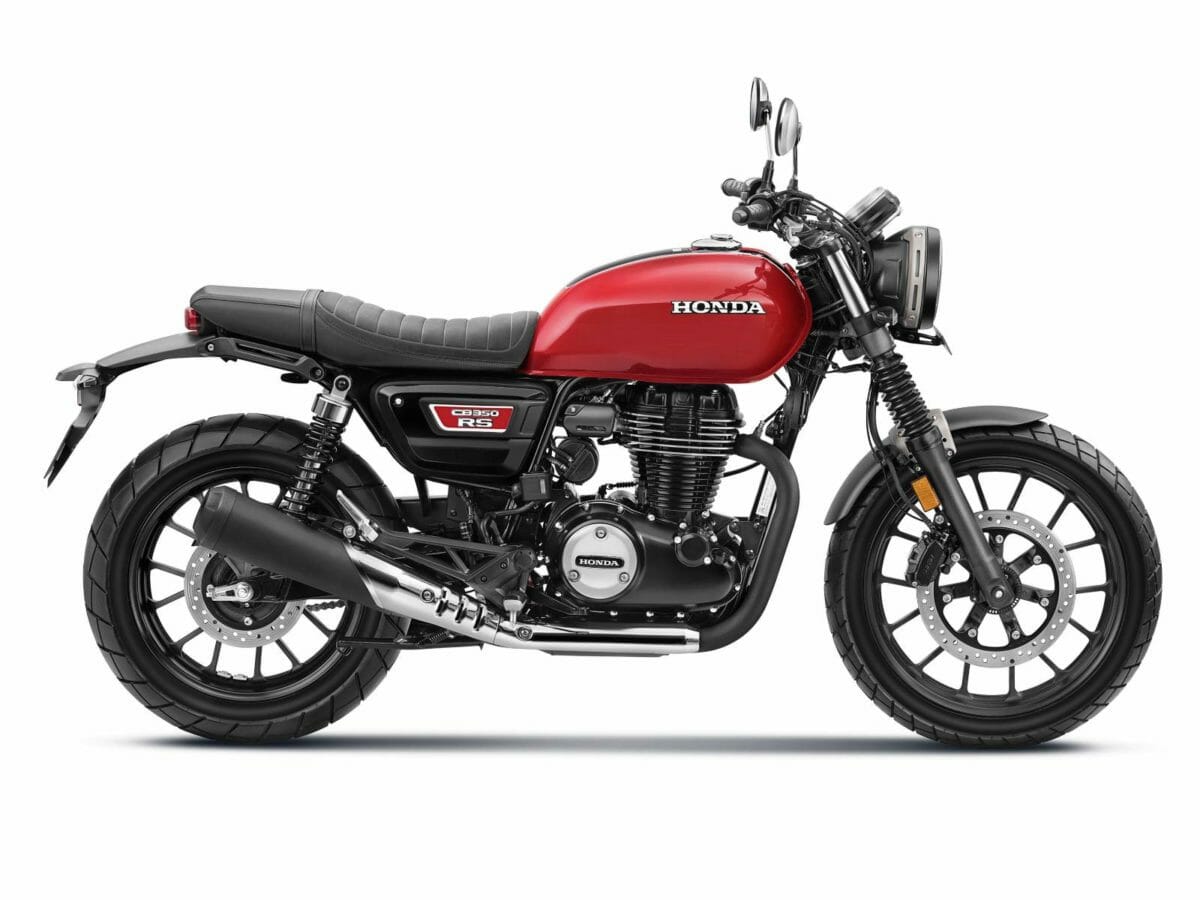 It gets the same 348cc air-cooled single that churns out 21bhp and 30Nm. The long-stroke engine features a balancer to keep vibrations in check. Its 5-speed gearbox is assisted by a segment-first slipper clutch which will make the gear shifts smoother while reducing clutch lever operation load ensuring less fatigue. 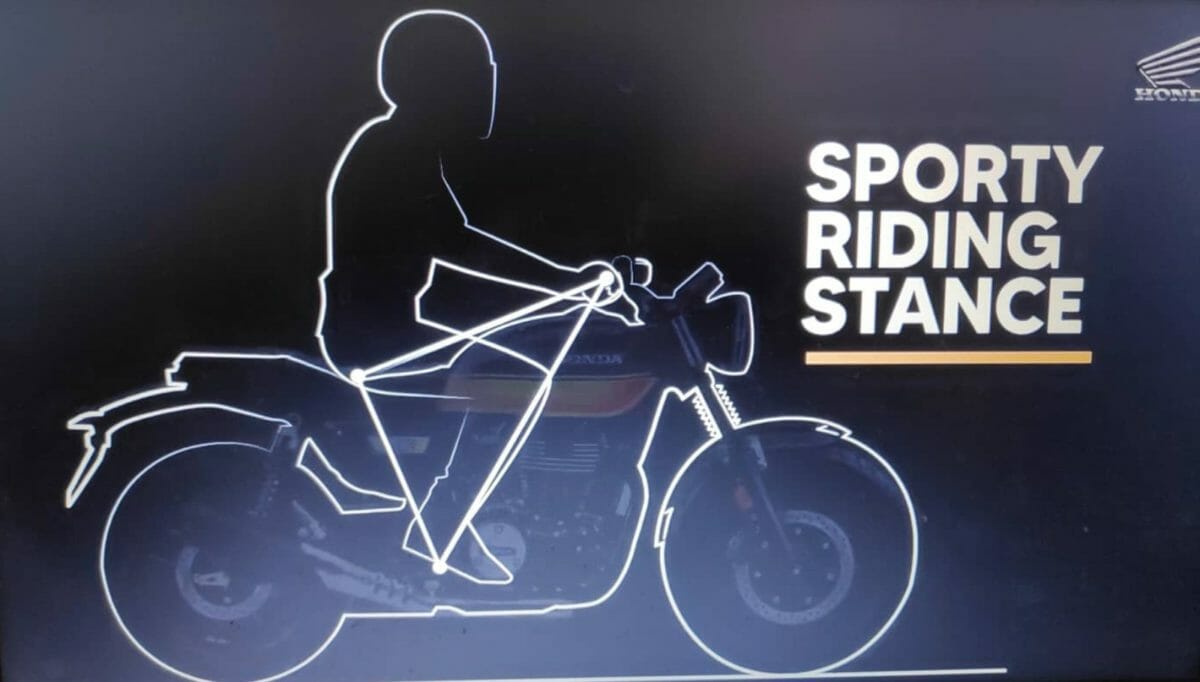 This new motor rests in a split half-duplex frame that is suspended by a chunky telescopic fork and twin shocks. It also comes with Honda Selectable Torque Control. It helps in maintaining rear-wheel traction by detecting the difference between front and rear wheel speeds, calculating the slip ratio and further controlling engine torque via the fuel injection. HSTC can be turned ON/OFF using a switch on the left side of the meter.