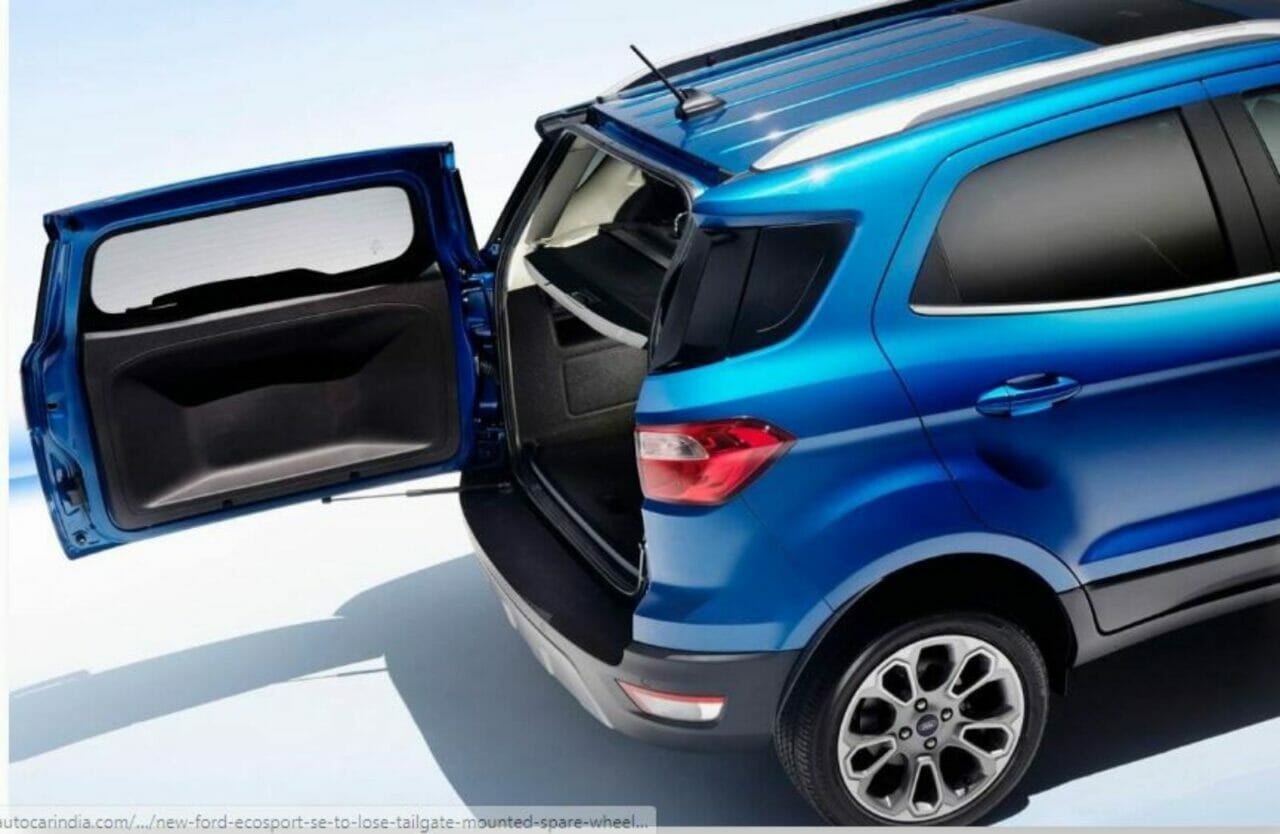 Ford launched the EcoSport in India back in 2013 and the EcoSport gave birth to the competitive compact SUV segment we witness today. Despite being the oldest player in the segment, the EcoSport hasn’t been topping the sales chart for quite a while now due to the cut-throat competition from almost every other major player in India. To ensure it still is a steady seller, Ford is, in all likelihood, going to introduce another variant without a rear-mounted spare wheel.

To give you a perspective, the export version of the EcoSport doesn’t feature a rear-mounted spare wheel on the side-hinged tailgate. 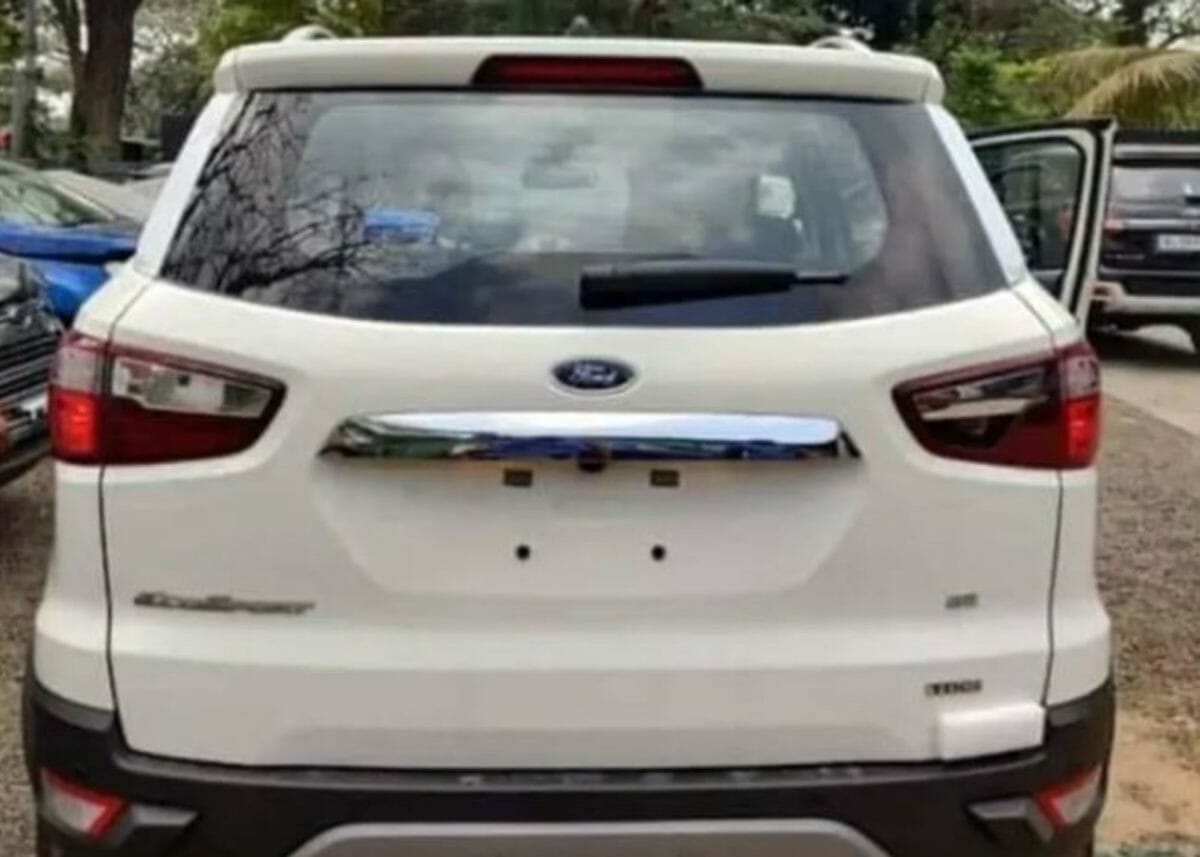 It is reported that the new variant without the spare wheel at the rear would be called SE ( someone’s taking cues from apple ). And looking at the overall rear design, it seems that the SE variant would come sans the factory fitted spare wheel. Due to the removal of the spare wheel, the number plate has been moved further to the centre of the tailgate, while the place where it used to sit previously, the bumper, now has a faux silver skid plate.

Talking a bit about the sub-4-m CSUV segment the EcoSport gave birth to, it now has more players than ever. Products like Mahindra XUV 300, Tata Nexon, Maruti Suzuki Vitara Brezza, Honda WR-V, Hyundai Venue, Kia Sonet, Toyota Urban Cruiser, Nissan Magnite, Renault Kiger etc are already giving stiff competition to the Ford EcoSport while products like MG ZS Petrol, VW Taigun and Skoda Kushaq are in the wings, about to be launched soon. 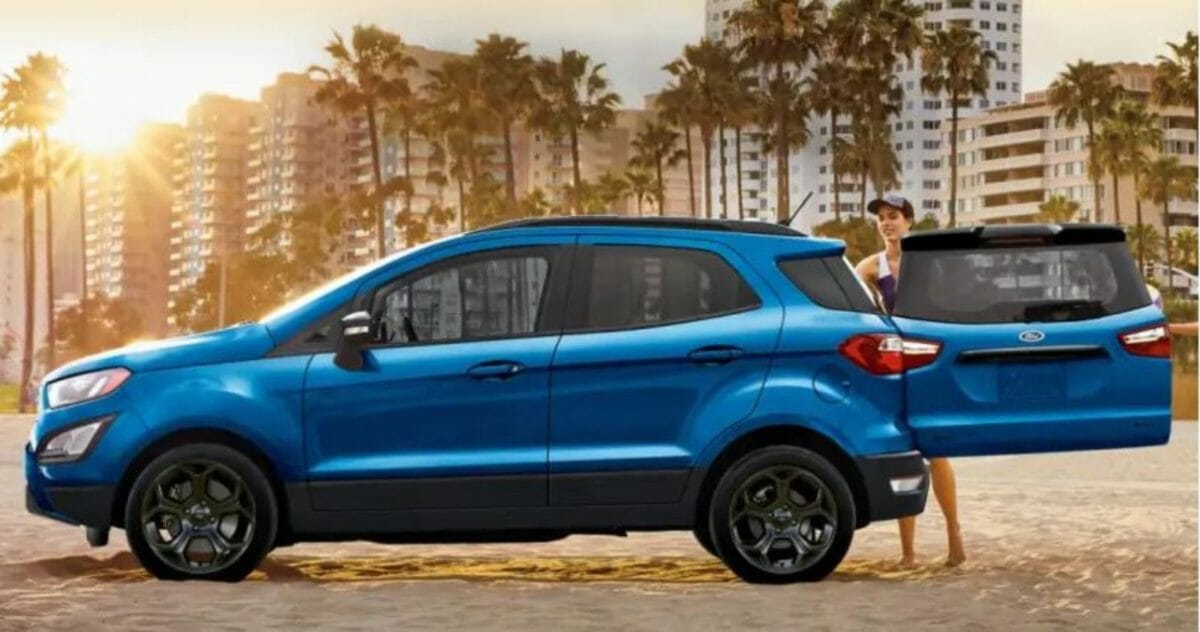 Talking about other changes to the EcoSport, there aren’t any, apart from the obvious removal of the spare wheel and the repositioning of the number plate. It is still unclear about the hierarchical position of the variant in EcoSport’s portfolio, but some say it might a second-from-top trim meaning it would sit below Titanium and Sport trims. 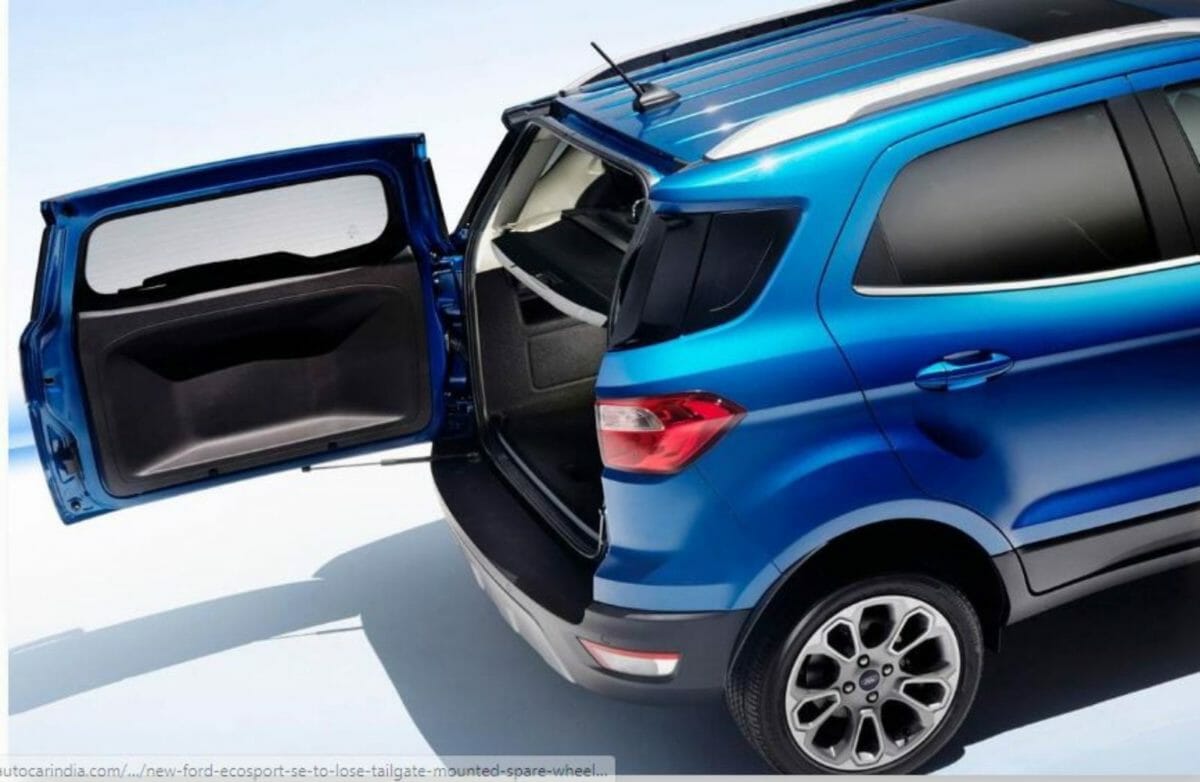 The rear-mounted spare wheel was an integral part of EcoSport’s design for India, which helped it stand a bit apart from the rest. With that gone, how do you think will people welcome it?