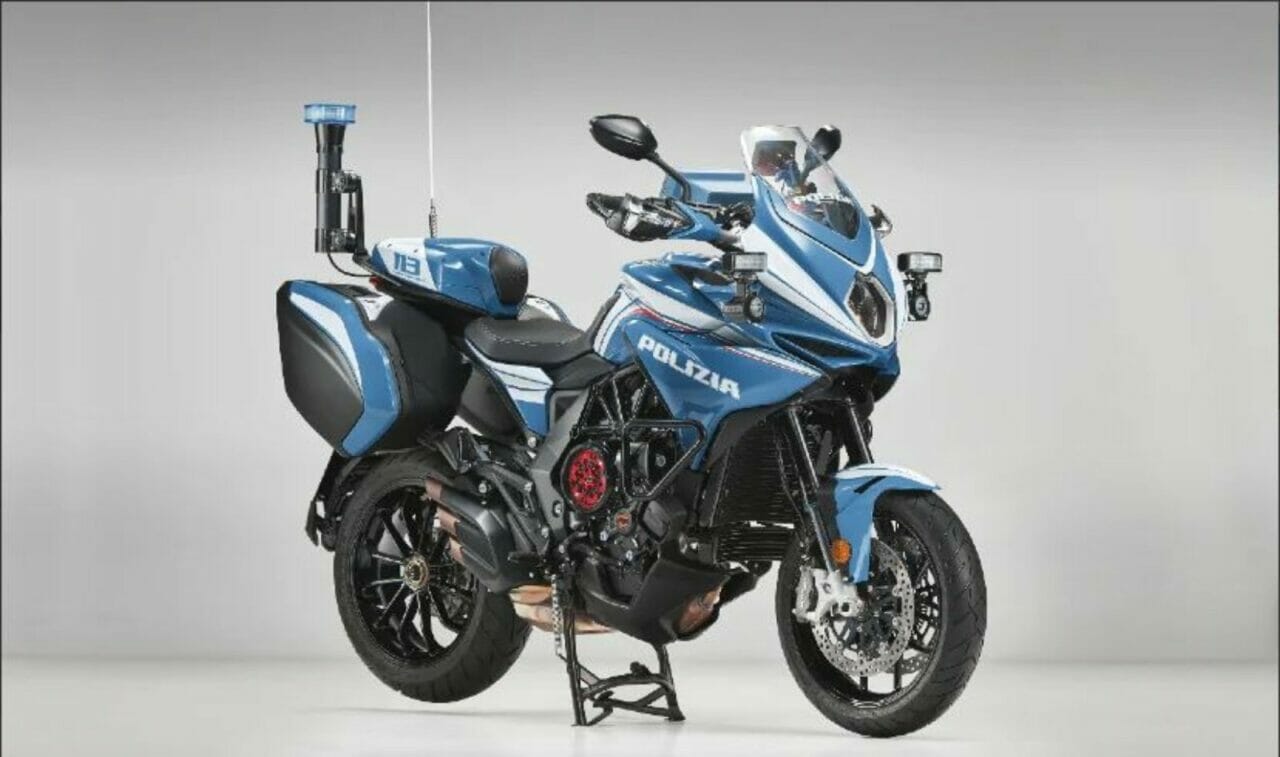 MV Agusta Motor S.p.A is an Italian motorcycle manufacturer founded way back in 1945 by Giovanni Agusta. MV stands for Meccanica Verghera, a reference to a hamlet where the first MVs were made. And now, MV Agusta has handed over 4 Turismo Veloce Lusso SCS in Police colours to join the Nibbio unit in Milan. A Nibbio motorcycle unit helps Police to swiftly react in Milan owing to the flexibility of a motorcycle.

The MV Agusta Turismo Veloce Lusso SCS is a sport-touring machine, powered by a 798cc, inline-3-cylinder engine with a counter-rotating crankshaft that delivers 110BHP of peak power @10150 RPM and 80Nm of peak torque @7100 RPM supplemented with MVICS 2.0 system with a truckload of electronics. 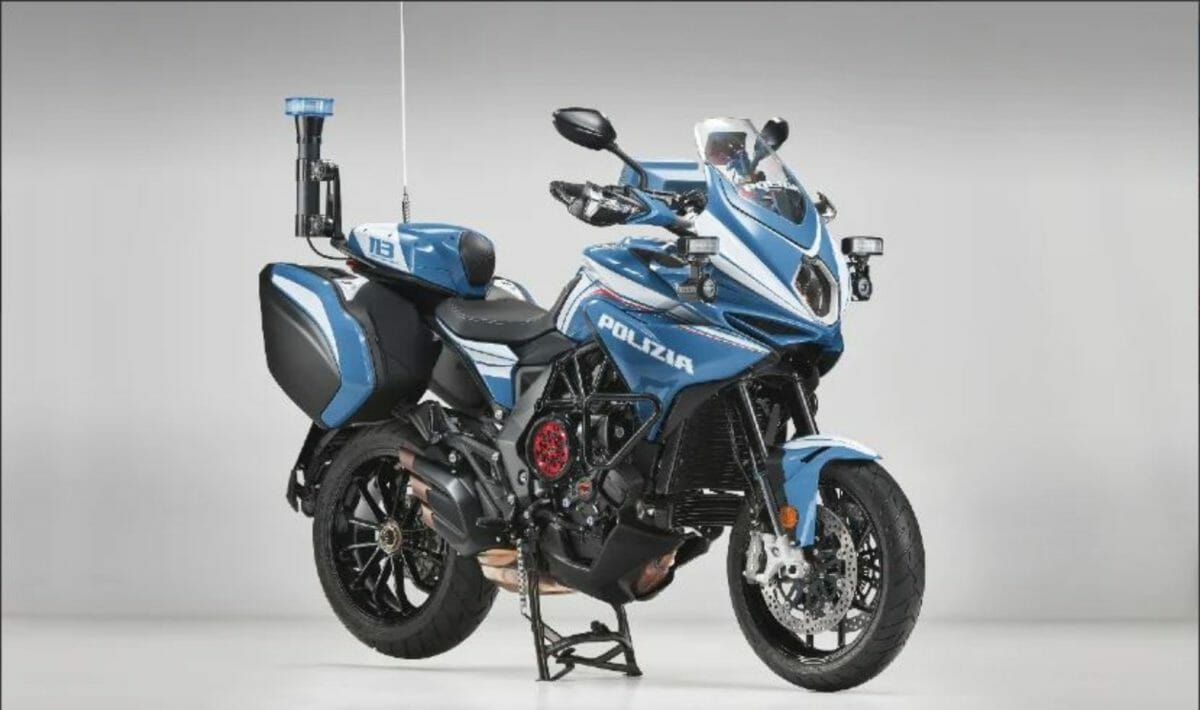 It gets a Mikuni ride-by-wire with an Eldor ECU hence the Turismo Veloce Lusso SCS gets 4 torque control engine maps, 8-level traction control and a lean-angle sensitive function. SCS is a Smart Clutch System that offers a sort of automatic clutch with hydraulic actuation an also has electronically assisted shifts in both directions. Although, even without SCS, the quick shifter makes your work quite a lot easy. 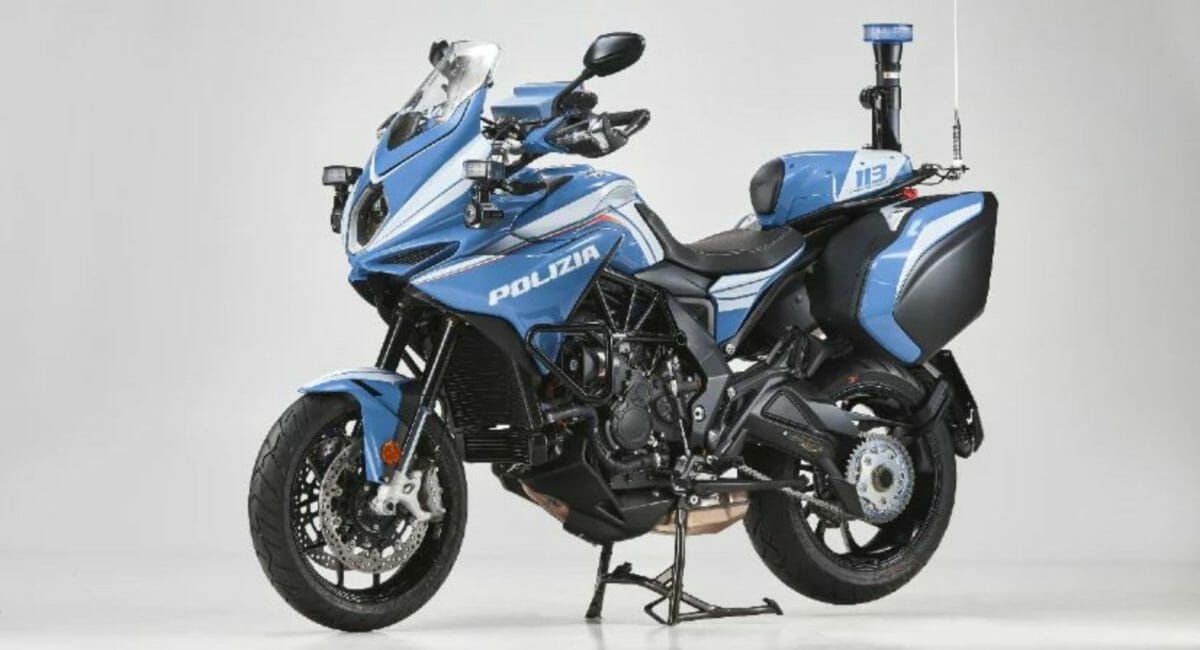 It gets 43 mm USD forks upfront with a massive 160mm travel and a mono-shock at the rear with 165mm of travel. The motorcycle weighs 199 kilos on its own but it houses a huge storage for the police gear which includes comms, an emergency kit, a service machine gun, lights and more. 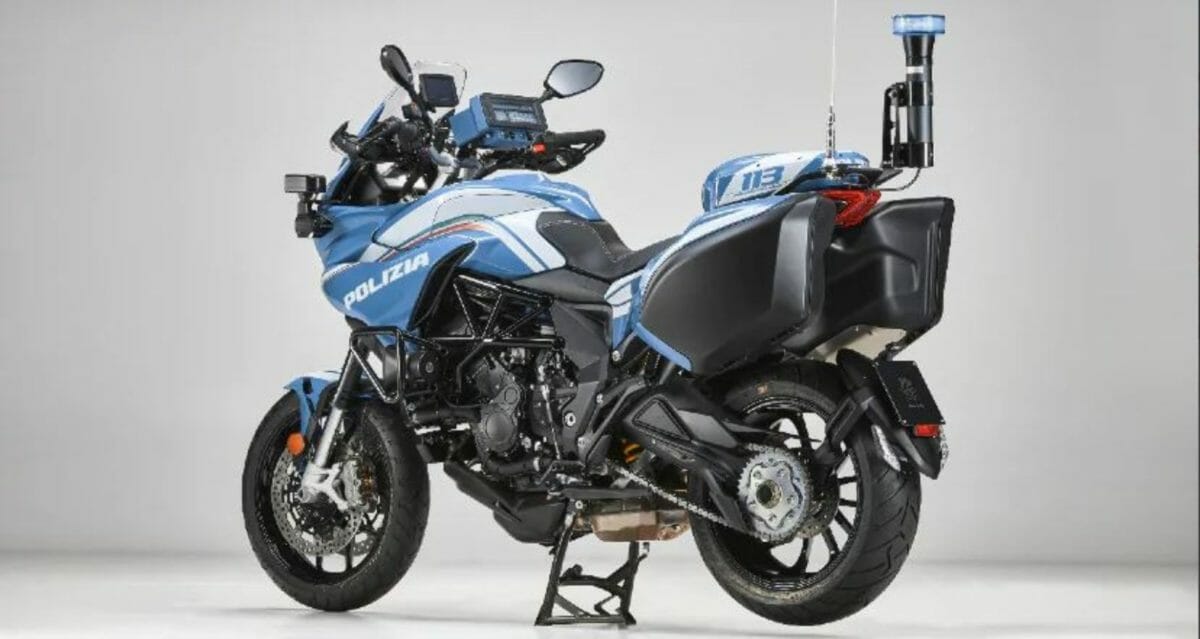 Witnessing a Police MV Agusta Turismo Veloce Lusso SCS in your rear-view mirrors is going to be intimidating. 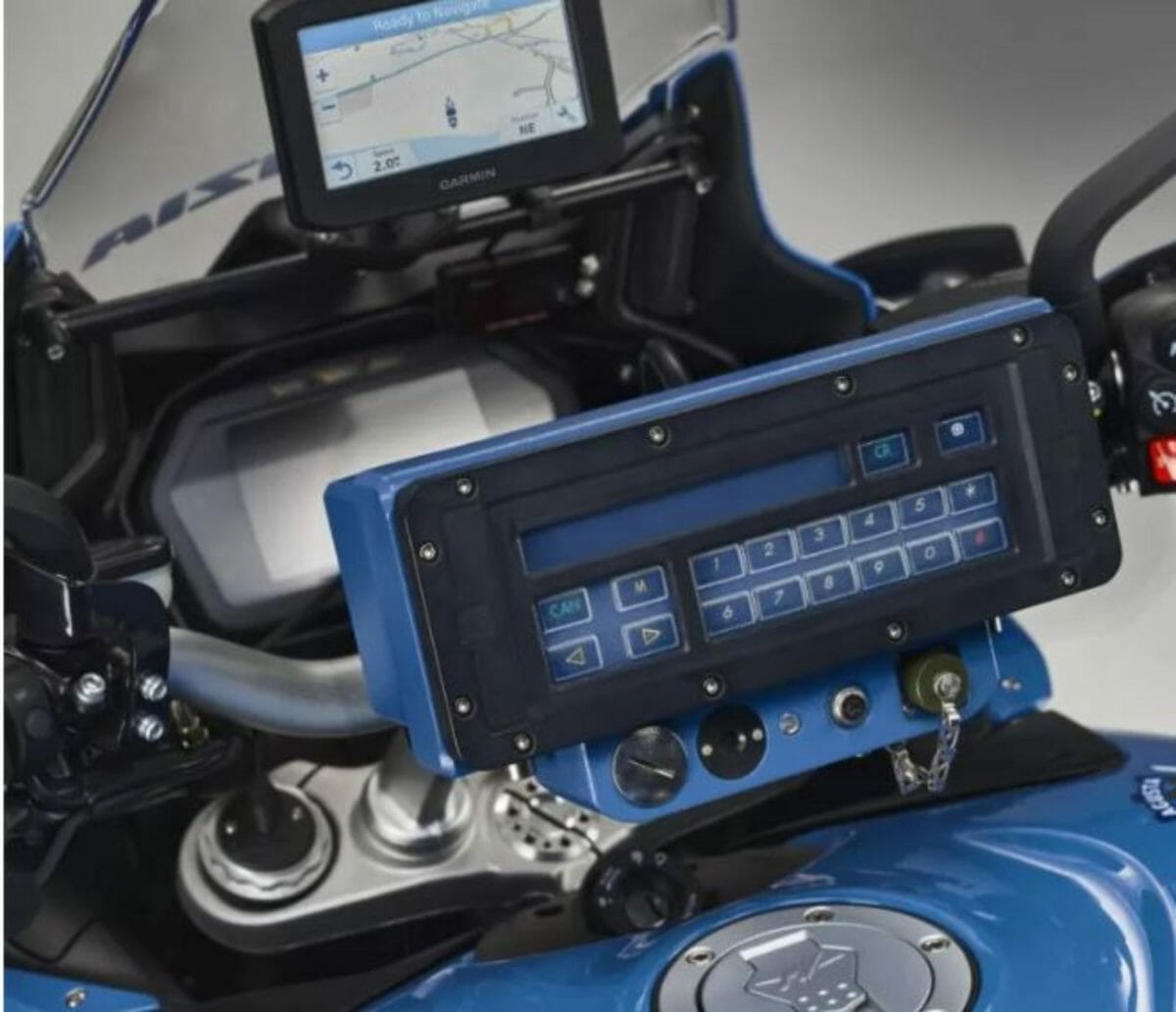 “To see our bikes used by the State Police to protect and assist the citizens of Milan fills us with pride,” said Timur Sardarov, CEO MV Agusta Motor S.p.A. “At MV Agusta we like to say we manufacture the most beautiful and technologically advanced bikes in the world, but today we are even happier to announce that our technology is being used to provide security to our communities. The women and the men of the Nibbio Unit are exceptional riders, and our bikes could not be in safer hands. I wish to thank Quaestor Petronzi for his trust and for giving us the opportunity to support the extraordinary work of the Italian Police.”