Armed already with the fastest sideburns, former TT racer Guy Martin took the challenge to pilot the fastest tractor in the World! Built by British engineering firm JCB – the same brand which makes machines India loves – the modified tractor reached an initial top speed of 166.79 km/h (103.64 mph) before going even faster by reaching 217.570 km/h (135.191 mph) to create a World record. Guy further extend the record, by hitting a top speed of 153.7 mph during the run.

The modified JCB Fastrac is based on a standard, commercially available machine. Its record was certified by Guinness World Records who confirmed the tractor had completed two runs in either direction through a speed trap set 1km apart, within the allotted time. The record run was performed at the Elvington airfield, a former RAF station in North Yorkshire (UK) with a three-km runway. For this record run, the JCB Fastrac made use of a modified JCB engine producing over 1,000 hp, while a new six-speed transmission and a smaller, more aerodynamic cab were installed. Other modifications include a new aluminium bonnet, additional bodywork such as a front bumper, side panniers, rear diffuser, underbody pan and a lighter chassis. 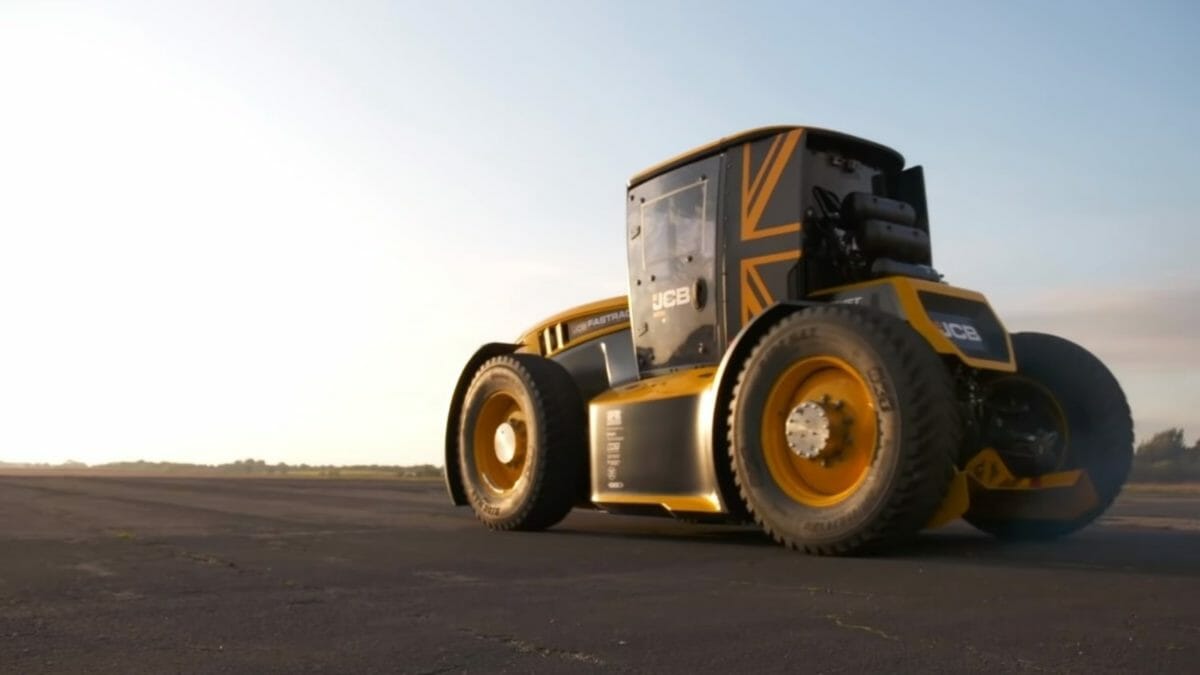 Guy Martin is a lorry- mechanic turned motorcycle racer turned television presenter of engineering-based projects. He started racing at road circuits in 1998 and made his Isle of Man TT debut in 2004, where he appeared on the podium, 17 times. Guy Martin also starred in a documentary called ‘Closer to the Edge’. Besides this new record, Guy also holds the record for being the fastest on a gravity-powered snow sledge, in a soapbox and while piloting a hovercraft.