We still have a thing for the Bimotas and their unconventional designs. But what we have here isn’t a Bimota. Well, not entirely. Vyrus, along with Bimota, were working on the development of Tesi motorcycle before parting ways due to the former’s unfavorable financial situation.

While the companies parted ways, Vyrus, since its return, has developed three products. This one here is one of those three motorcycles, the 986 M2, and it does remind of the Tesi. The biggest resemblance is the hub-center steering front suspension arrangement. The hubsteer features “antidive” which means it does not dive under braking, resulting in weight distribution on both wheels for better stability. 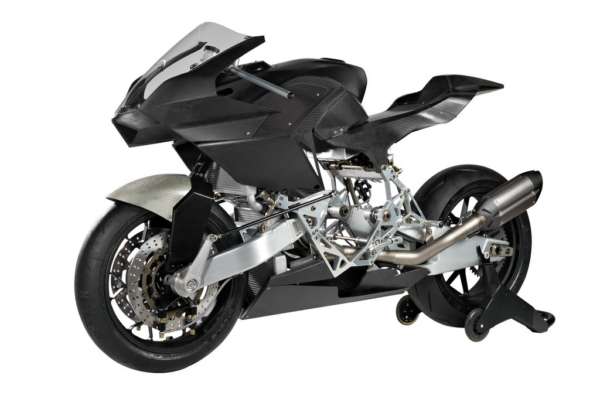 The 986 M2 uses the basic design of Massimo Tamburini’s Tesi. The motorcycle design is aimed to improve straight-line speed without compromising the handling of the vehicle in fast and sudden changes of direction. It took extensive studies and several hours in the wind tunnel to optimize its forms.

The motorcycle, which features carbon-fibre bodywork, will be available in limited numbers only. It will be available in two options. First will be a completely hand-built model which will be tailored to the customer requirement while the second will be delivered as a kit. Customers will have to install the kit on their own CBR600R motorcycles. Prices starts from 25,000 euros (INR 17.54 lakh). 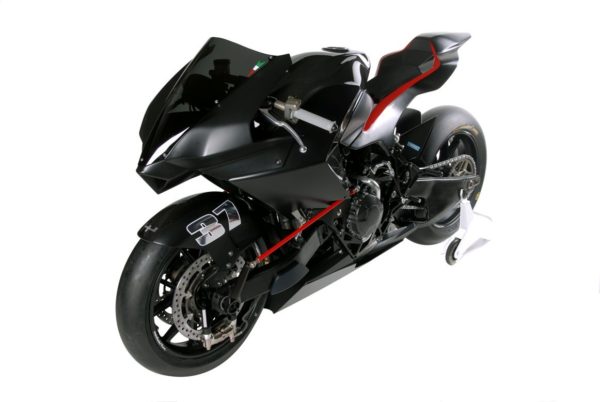 Check out the images of the Vyrus 986 M2 below and let us know your views about the motorcycle through the comments section below.