Volvo Auto India, the Indian subsidiary of Geely-owned Swedish car maker, recently released a teaser image of the Volvo S80 facelift on its Facebook page. It may be noted that the S80 sedan is the oldest model in the car maker’s model line up and while its new crop of vehicles, such as the very tasty looking S60 sedan, have a very dynamic styling to speak of, the S80 boasts of understated looks that appear to be dull for many. With the facelift, the car maker has tried to infuse some freshness with the car to enable it to soldier on until the advent of the all new model next generation S80 in 2015. The next gen Volvo S80 will be based on Volvo’s Scalable Product Architecture (SPA) and will sport Volvo’s Drive-e four cylinder engines.

Currently, Volvo S80 puts to use ex partner Ford’s architecture and engines. It is being said that Volvo S80 facelift India launch would happen in the first quarter of this year and the car is highly like to make its India debut at the fast approaching Auto Expo 2014. 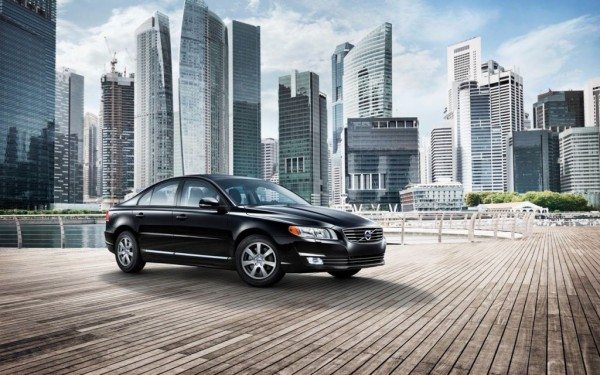 The Volvo S80 facelift made its public debut at the Geneva Motor Show last year and visual updates that the car boasts of include- new front and rear bumpers, addition of Daytime Running Lights, a wider grille and more rounded taillamps. Europe also gets optional 19 inch mag wheels. The updated Volvo S80 also boasts of a longer features list that now includes “Sensus Connected Touch” infotainment system with a 7-inch display, Active High Beam Control, a heated windscreen, and a heated steering wheel. The car also gets a complete upholstery change for the interiors.