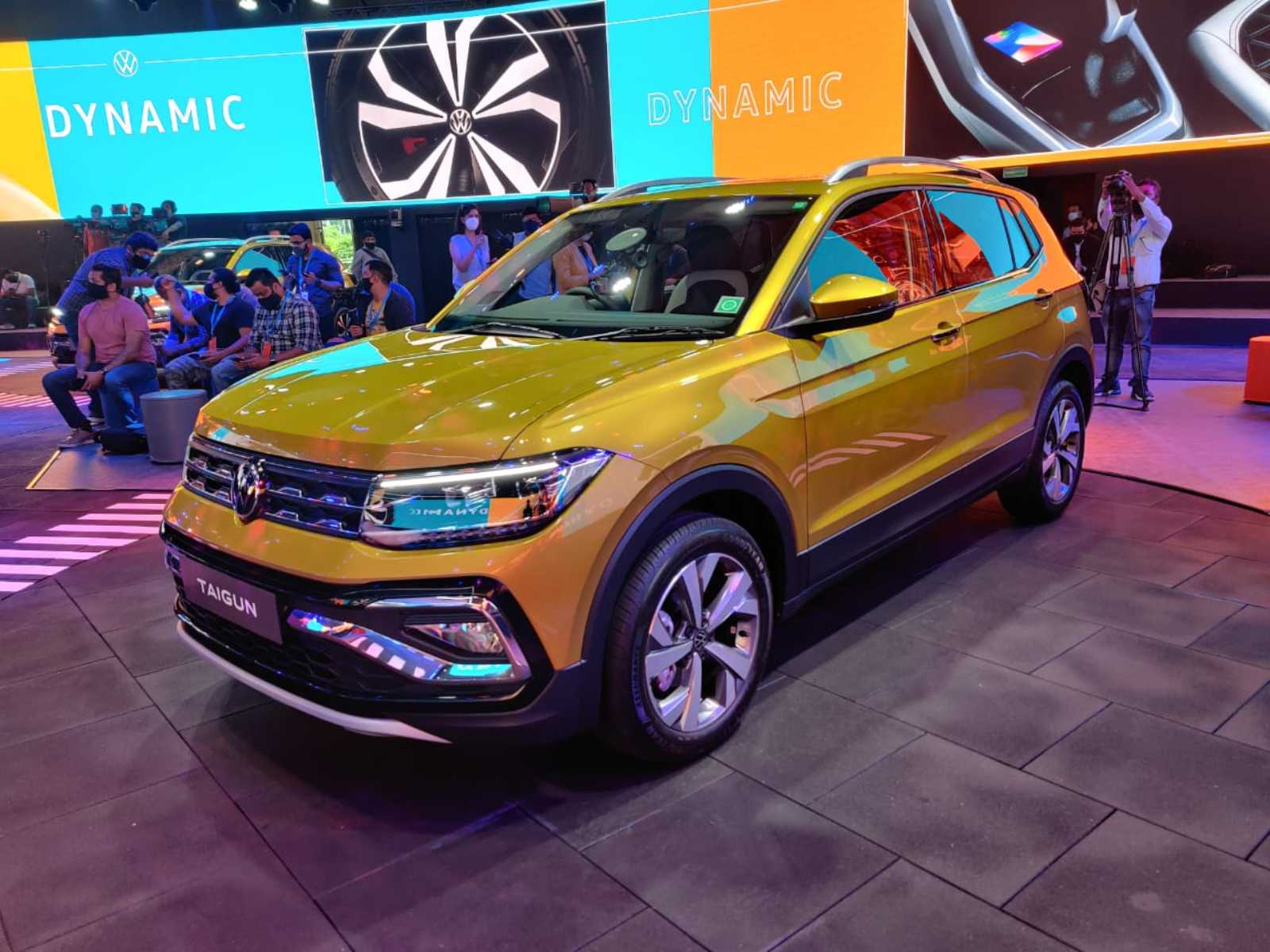 The semiconductor chip shortage is a nightmare for carmakers and consumers. The shortage has caused huge waiting periods for many cars leading to lots of losses for the brands. Now, the shortage has caused manufacturers to delete features as well. Skoda and Volkswagen have deleted the auto folding mirror function from the Kushaq and Tiguan. However, there hasn’t been any change in the prices and we’re not sure if the features will be introduced again in the future.

In terms of design, the Skoda Kushaq offers a very sharp and edgy look all around. The traditional butterfly grille is now thicker and gets a piano black finish. The headlamps offer a contrasting look to the grille with their slim and edgy design. The bumper is plastic clad and gets a silver scuff plate. The side profile is rather simple, with a single character line that starts from the badge on the fender and runs to the rear of the car. We get to see wheel arches as well, which neatly complement the alloy wheels.  The Kushaq gets the new Skoda interiors with the twin-spoke steering wheel and a 10” touchscreen infotainment system. The leather seats are ventilated and the cabin has a premium feel to it.

The Taigun features a typically understated design like other Volkswagens. The front features an upright face with a chrome grille featuring horizontal slats. The headlights are LED projector units with LED DRLs. The front bumpers get extensive chrome treatment and a silver skid plate. The side features 16-inch steel wheels and 16 inch or 17-inch alloy wheels depending on the variant. The rear features LED taillamps and a horizontal ‘infinity’ LED element running across the boot. 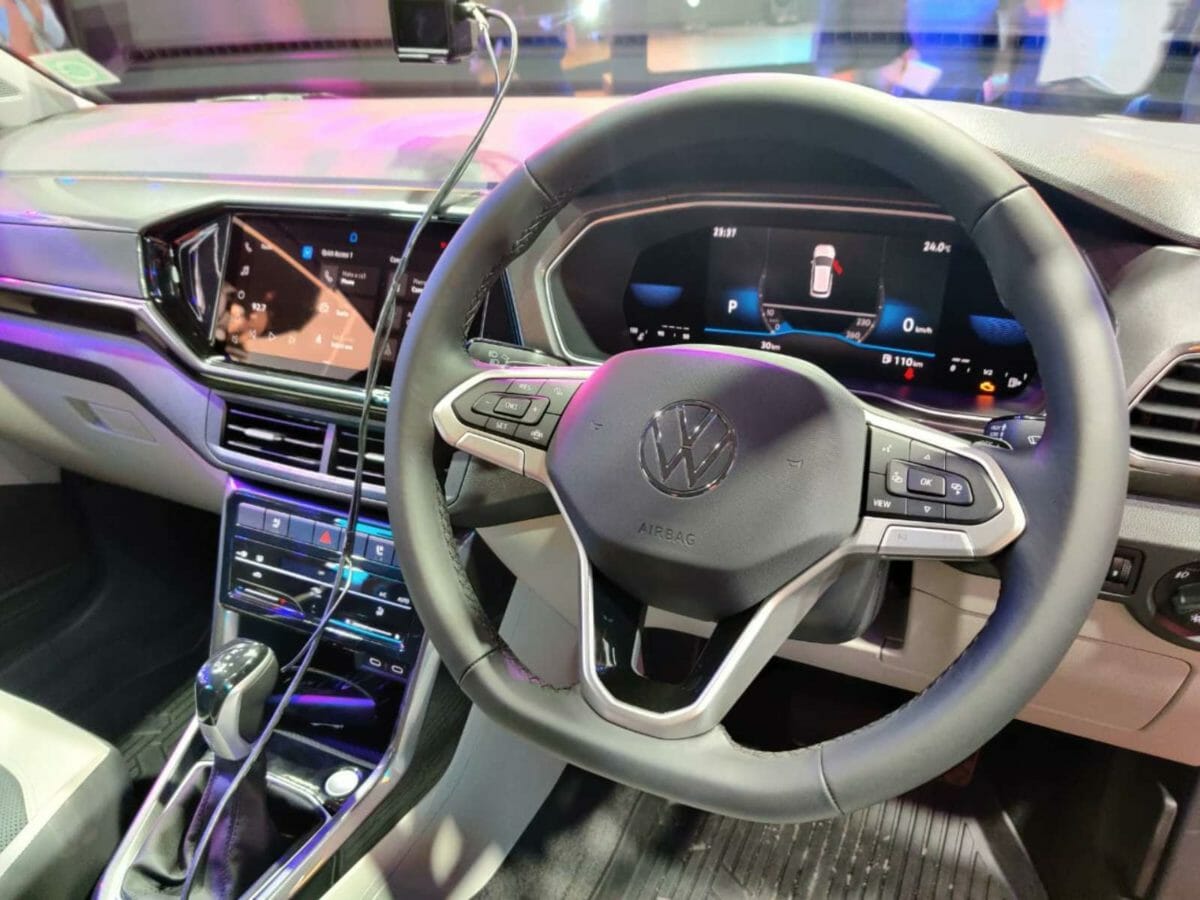 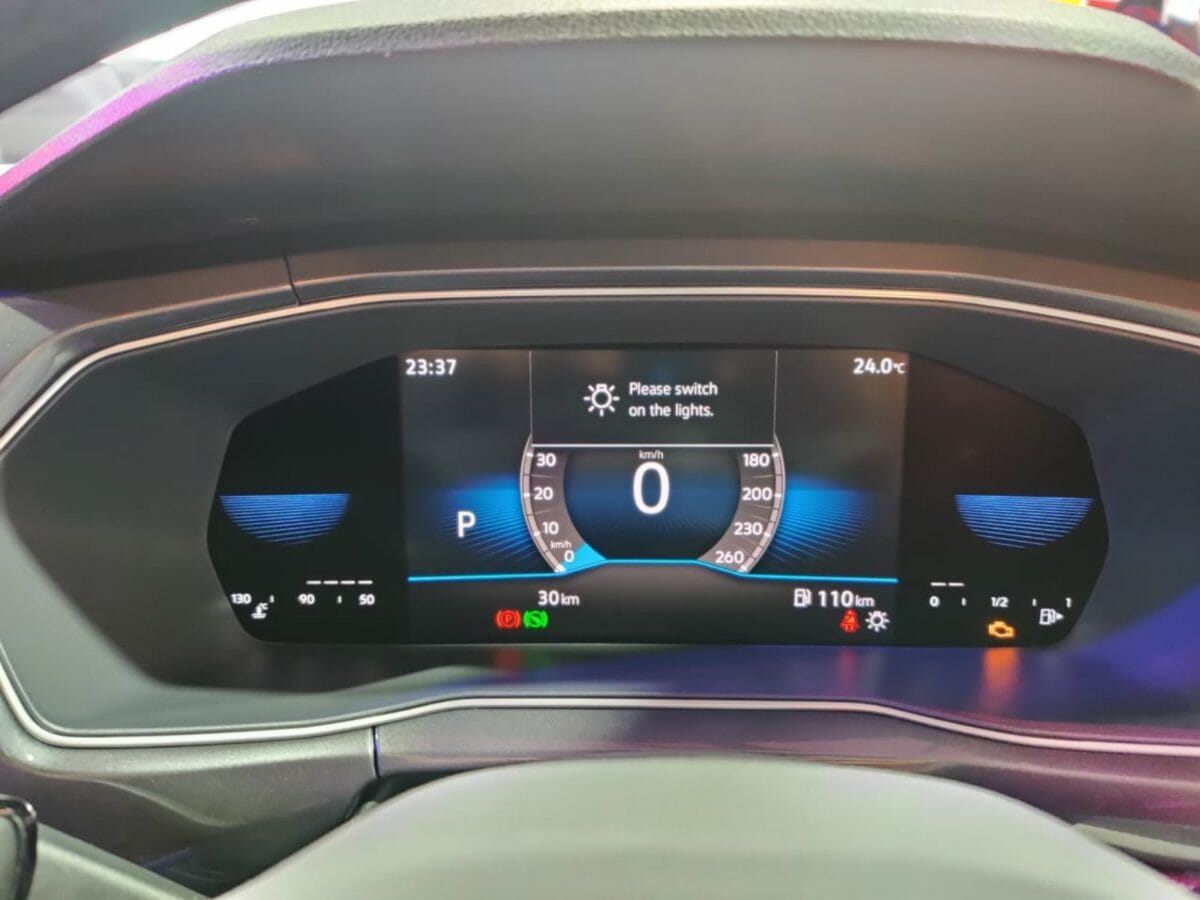 The Taigun features two petrol engines and no diesel engine. The entry-level engine is a turbocharged 1.0-liter 3-cylinder TSI engine that produces 115ps and 178 nm of torque. It comes mated to a 6-speed manual and a 6-speed torque converter automatic transmission.