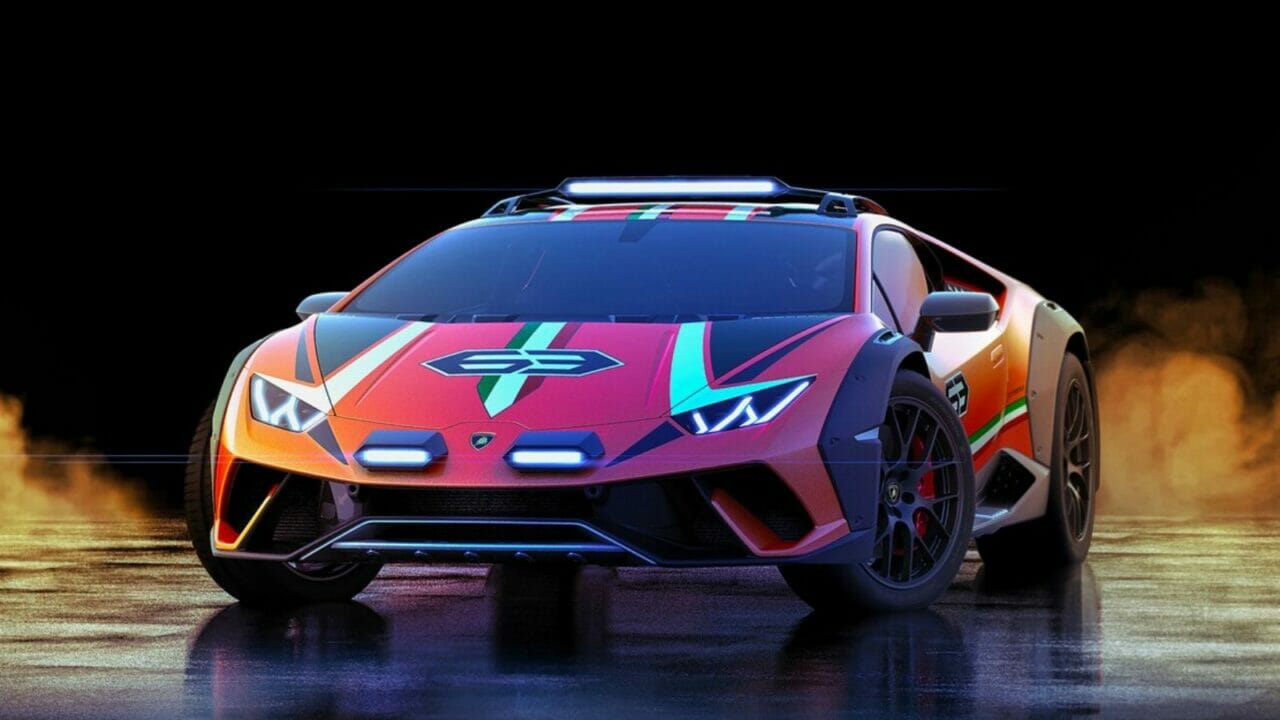 With the Urus, Lamborghini had made it plenty clear that a performance-oriented SUV-cum-off roader is very much possible. Back in 2019, the brand aimed at outdoing itself by showcasing an off-road supercar concept. This concept was for a Huracan-based Sterrato off-roader. The images from 2019 have now converted into spy shots, as this Huracan Sterrato has been spied testing in the snow. The car carries an obvious resemblance to the standard Huracan but some key new elements guarantee that one shall never mistake it for a pure sports car. Although the brand has not made any announcements regarding the launch or production of the Huracan Sterrato, we suspect that this car could be released in mid-2022 alongside the new iteration of the Urus. 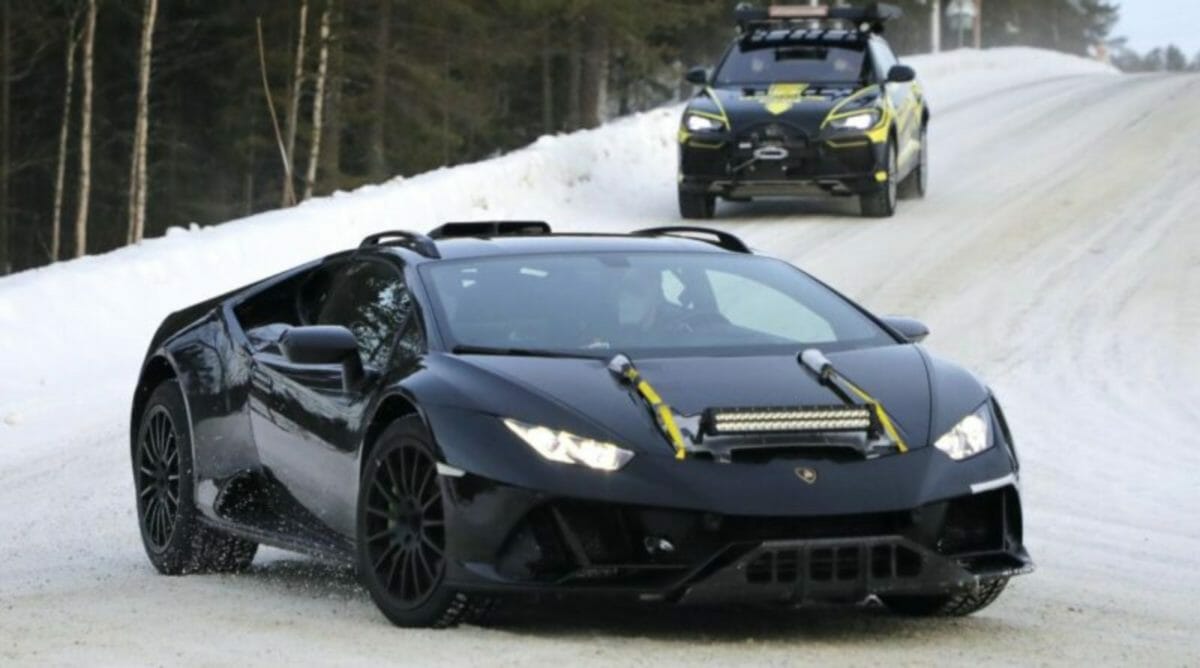 The first thing that you notice is the lifted suspension. This prototype sits nearly 47mm higher than the standard Huracan giving it more confidence while off-roading. It gets a big skid plate at the front and also gets a bar light on the hood. We also get to see black roof rails. The rear also gets a fat skid plate, while the rest of the design remains the same. 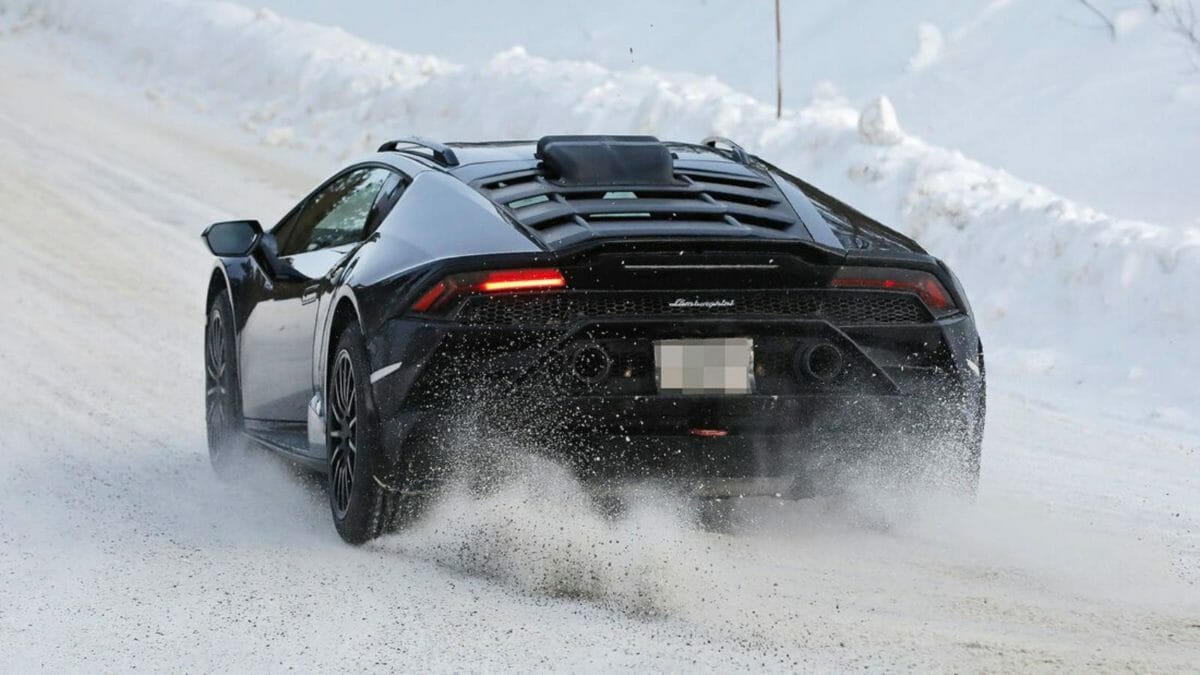 Coming to the side, this test mule does not get the same bolt-on flared wheel arched as were showcased by the brand. It could be that they are added at a later stage in the production process or are offered as an option. The wheels are down-sized to 20-inches to increase the profile and also get a 40mm wider track. The concept images also boasted a rooftop bar light, but the same was not seen on the spied vehicle. This could be because of the intake tube as the light would disrupt airflow. 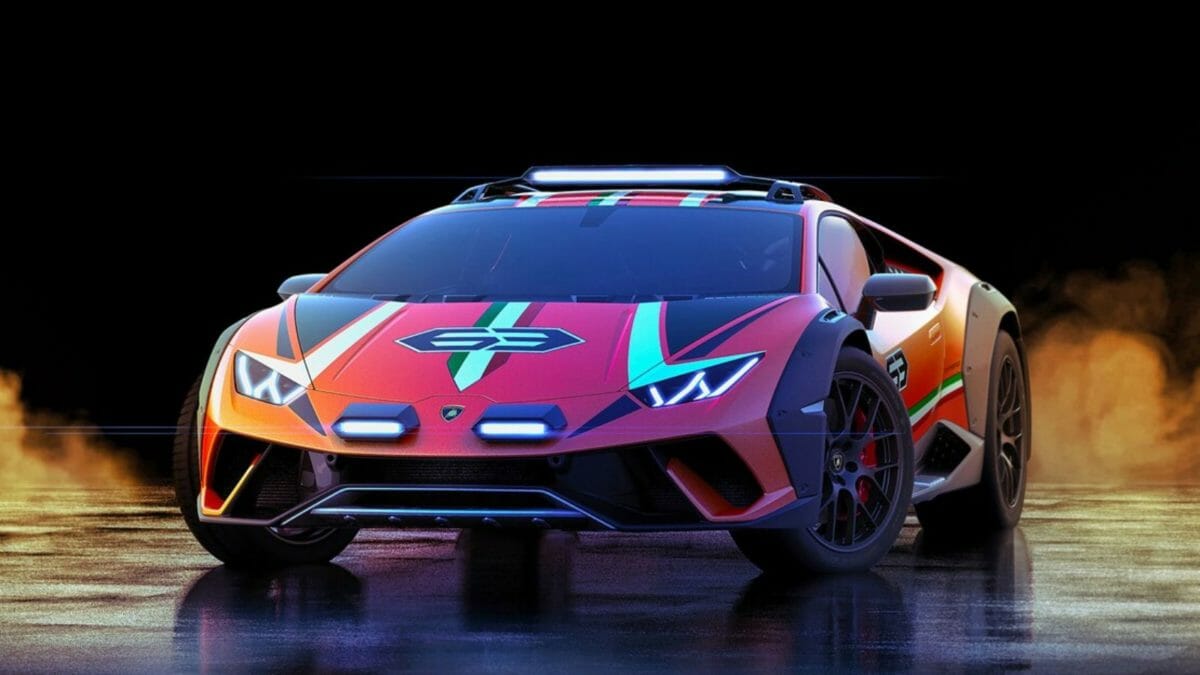 The Huracan Sterrato will be powered by a mid-sized 5.2L naturally aspirated petrol engine. While a turbo would have solved the oxygen feeding problem, Lambo is going for that straight-line power output. 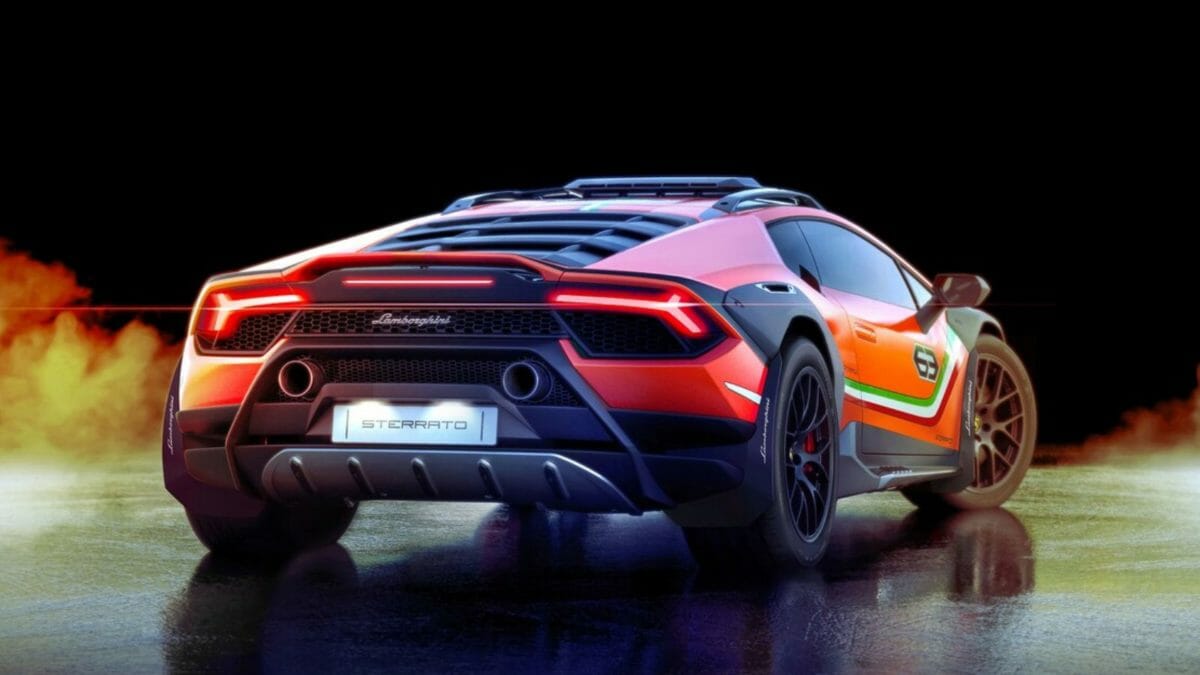 The car gets two intake air vents on both sides to calm this powerful engine. The actual power figures are not known yet, but we can give the benefit of the doubt to the company. Other than the engine, the car is all-wheel-drive mated to a 7-Speed Dual-Clutch Transmission.