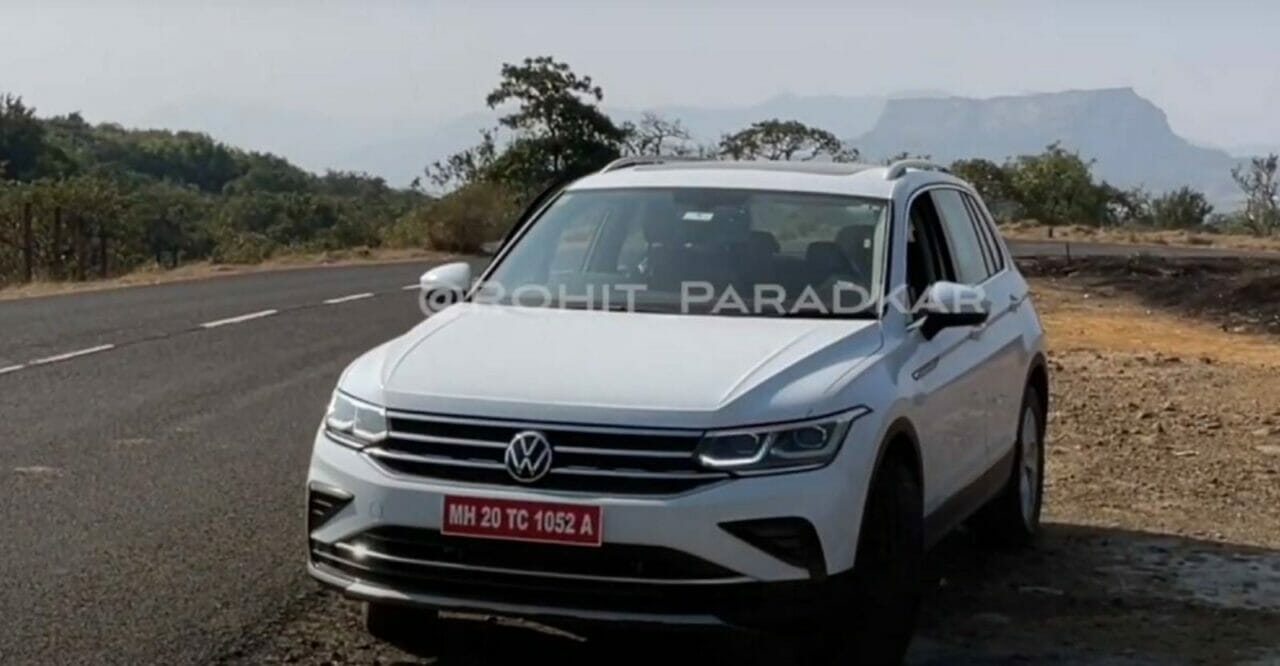 We are fond of SUVs and the carmakers around the globe know this fact very well. There’s a reason why we see so many new SUVs coming our way rather than sedans or hatchbacks. Volkswagen India has big plans for us and in an expected manner, the German carmaker will be backing on SUVs as well for its future assault. Volkswagen recently organized a media event and showcased a presentation revealing its SUV lineup for MY2021. And we believe, that the fourth SUV will be the 5-seater version of the Tiguan.

What cements our belief even further is the fact that the facelifted version of the Tiguan has been spied by Rohit Paradkar. 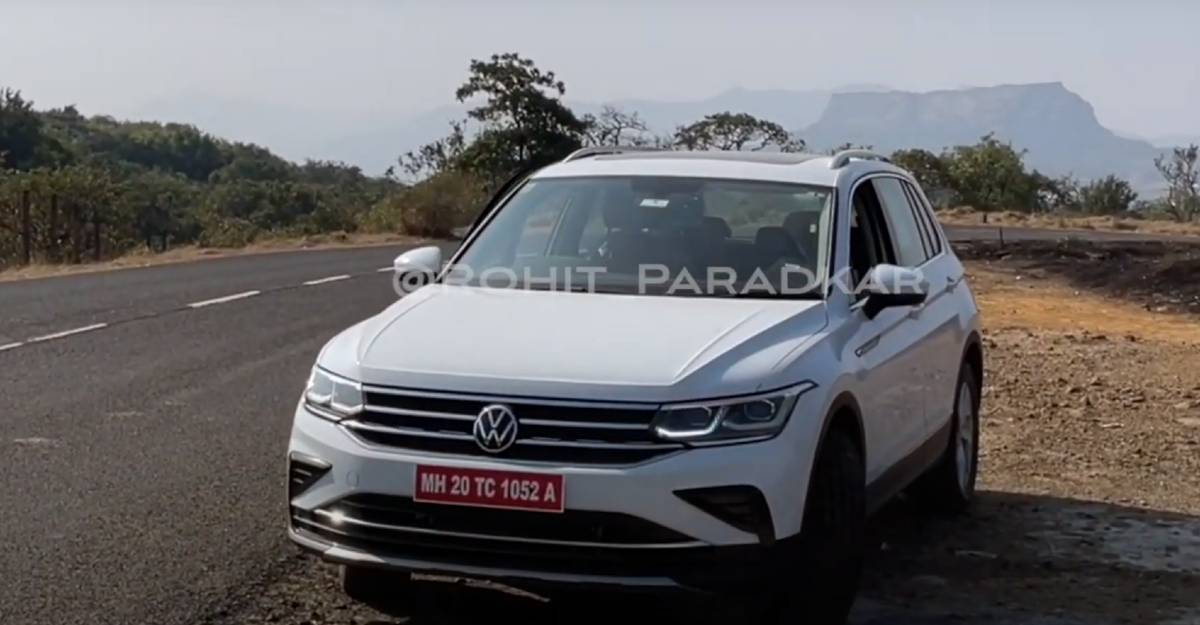 The Tiguan facelift is typical Volkswagen when it comes to overall styling. Volkswagen is renowned for its simple yet sharp lines and understated design. It seems to work in its favour because, despite the fact that the Polo and the Vento haven’t been updated cosmetically for a long time, they still find many takers. Talking about the facelift version of the Tiguan, its silhouette and stance is largely similar to the outgoing model but the front end will now feature updated headlamp design with integrated LED DRLs.

There is a traditional horizontal three-slat grille with chrome and Volkswagen logo in the centre. Other changes include a revised design of the bumper and a sportier air intake design. The car gets a very similar-looking side profile like the vehicle that was available in the Indian market. It also gets differently designed alloy wheels. Apart from that, the Tiguan also gets updated L-shaped LED tail lamps. 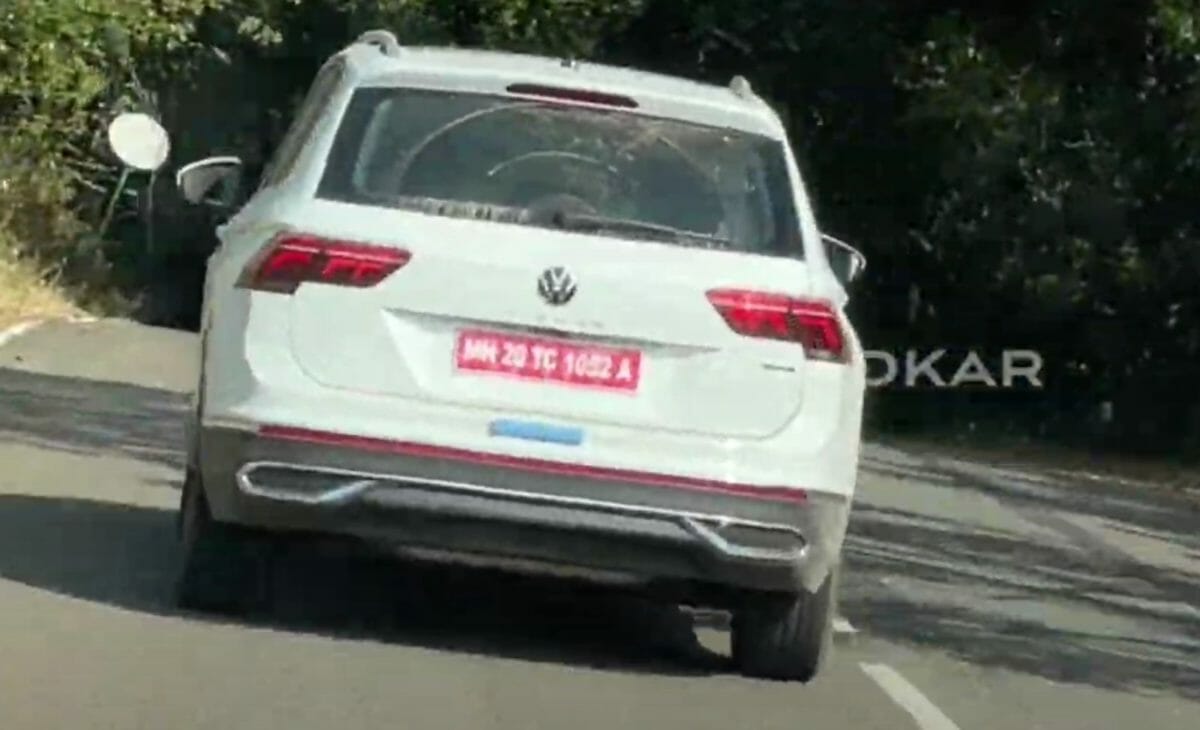 The video featured here also gives us a sneak peek inside the cabin,  revealing the updated dashboard, which looks similar to the set-up in the Tiguan AllSpace, however here, it appears to get all-black treatment. The touchscreen infotainment display is new and will come with Apple CarPlay and Android Auto support, but we also expect the SUV to offer wireless charging. The SUV also gets a new three-spoke flat-bottom, multi-functional steering wheel and a fully digital instrument cluster, which is also expected to get the virtual cockpit system.

Also read: Could The Nivus Be The Mystery Vehicle In Volkswagen’s 2021 SUV Plan For India?

Under the hood, the 2021 Volkswagen Tiguan will come with the same 2.0-litre TSI engine that powers the Tiguan AllSpace. The turbocharged petrol engine is tuned to make 188 bhp and 320 Nm, while mated to a 7-speed DSG automatic transmission as standard. The SUV is also likely to get the company’s 4Motion all-wheel-drive system (AWD) system which was available in the pre-facelift model as well.

Discover the best car accessories to make your drive more safe and enjoyable. Explore range of products which are best sellers on our Amazon Shop.