The Volkswagen Golf R is the hot hatch from the German car maker which churns out 300 PS of max power in its stock form. Even after having such an impressive power figure, the people at ABT Sportsline couldn’t stop themselves from laying their hands on the Golf R. The tuning firm has dialled the car to crank out a whopping 400 PS from its 2.0 liter mill. 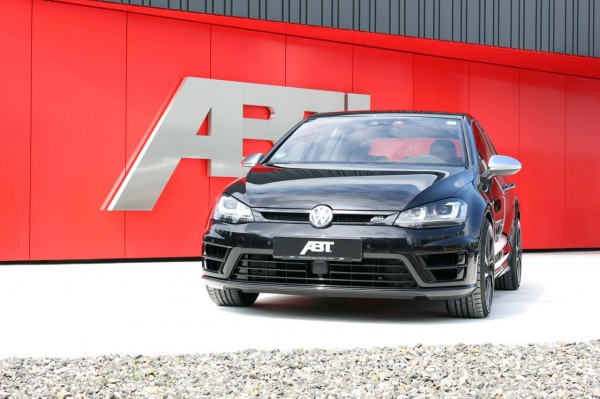 ABT Sportsline has equipped the turbocharged 2.0-liter four-cylinder motor with a “sport-type catalytic converter” and a new ABT Power S control unit. Thanks to these hardware upgrades, the engine churns out 400 PS (294 kW) and 480 Nm of torque, which is an increase of 100 PS (73 kW) and 100 Nm (73 Nm) compared to the stock Golf R. ABT hasn’t released the detailed specifications but they confirmed the model can do speeds in excess of 300 kmph.

Customers can also kit the car with an assortment of other upgrades including a revised grille, aerodynamic side skirts and 18- to 20-inch alloy wheels. Other notable options include an adjustable suspension and ABT-branded floor mats.

Some more details about the ABT tuned Volkswagen Golf R :

ABT INTERIOR
ABT floor mats
ABT integrated entrance light