We have seen umpteen instances where too much power in the hands of too young people have resulted in crashes. Now, in this latest accident from USA, a 20 year old driver decided to take his father’s Lamborghini Murcielago out for a joyride with a friend. 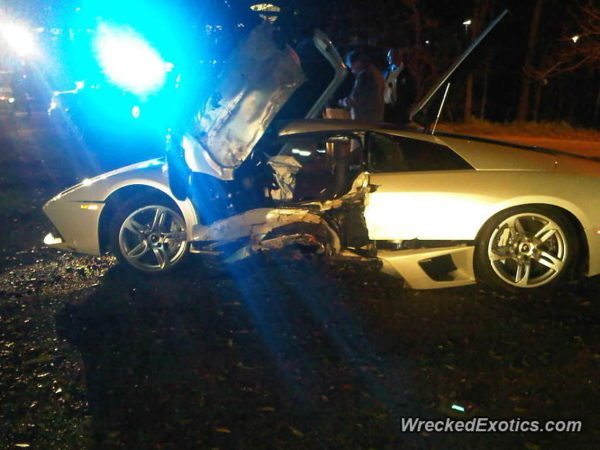 According to the driver, they lost control at about 110 mph and they ended up slamming into a big oak tree on side of the road. The driver shattered his pelvis, broke 6 ribs, dislocated his shoulder and fractured clavicle, while the passenger was left with a broken hand.