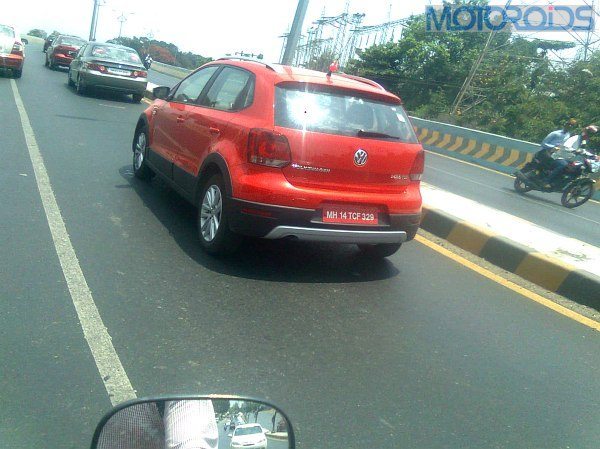 It has now become quite a well known fact that the boffins at Volkswagen India intend to soon launch the VW CrossPolo in India.

It isn’t really surprising that VW India decided to bring the CrossPolo to us. There are good chances that the Indian subsidiary of the German auto giant took a leaf out of Skoda India’s book. The upcoming CrossPolo will be to the Polo what the Fabia Scout is to the Fabia.

It is being said that the India spec Volkswagen CrossPolo will be powered by the same set of engines that power the Polo hatchback. This means that the car might come with a 1.2 litre, 75bhp petrol and a 1.2 litre, 75bhp diesel motor. This also means that the car might get the recently launched 1.2 litre TSI turbocharged petrol motor that does duty under the hood of India spec Polo GT TSI. This low capacity turbo charged petrol engine has a max power output of 105bhp and comes mated to a 7 speed DSG gearbox. 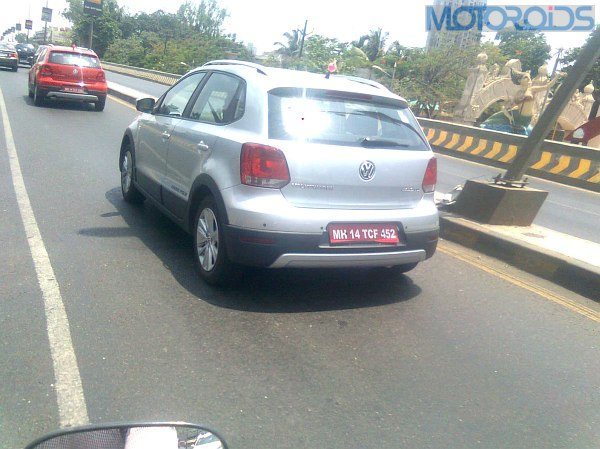 Volkswagen CrossPolo test mules have been spotted testing on our country’s public roads on many occasions and the car was today again caught undergoing road-tests in Mumbai. Both the test mules that you see in these pics are the 1.2 TDI diesel variants.

We all know that the Fabia Scout hasn’t really managed to take Indian car market by storm and is one of the rarest sights on the roads. This means that VW India needs to get it really right with the CrossPolo and it would be interesting to see if the upcoming variant of the Polo would be potent enough to put on a much better show than the Fabia Scout.