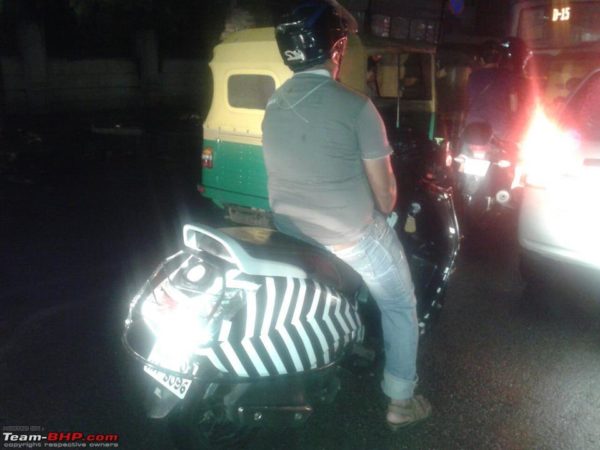 Regulars here would remember that we reported in detail when one of our readers mailed us the pics of an upcoming auto scooter from Hosur based two wheelers manufacturer TVS. The upcoming TVS Scooter will be positioned above the Wego and will be powered by an engine that will displace at least 125cc. The upcoming automatic scooter would have a ‘male specific’ styling and will battle it out against the Honda Aviator and the Suzuki Access.

This scooter will have an external fuel filler cap that will be placed near the tail end. Suspension duties will be taken care of by a set of telescopic forks at the front.

Now, another spy shot of the upcoming scooter has emerge don the cyber space. This time, the test mule of the scooter was spotted testing in Koramangala, Bengaluru.

It is being said that this scooter will have at least 9-10 bhp of power and will have features like alloy wheels and front disc brake that will be borrowed from the Wego.

It is expected that the new scooter will be launched in a couple of months and will come at a price that will undercut that of the Suzuki Access by a small margin.

It may be noted that TVS has always been known as the maker of well sorted out automatic scooters that appeal to the fairer sex. The Scooty range of automatic scooters has been popular right from the time it was first launched and has seen several upgrades. The Wego too has been clocking good numbers on the sales charts and has been positioned as a unisex scoot. With the launch of the upcoming male-specific scooter, TVS will have its presence in all the automatic scooter segments that exist in our two wheelers market. 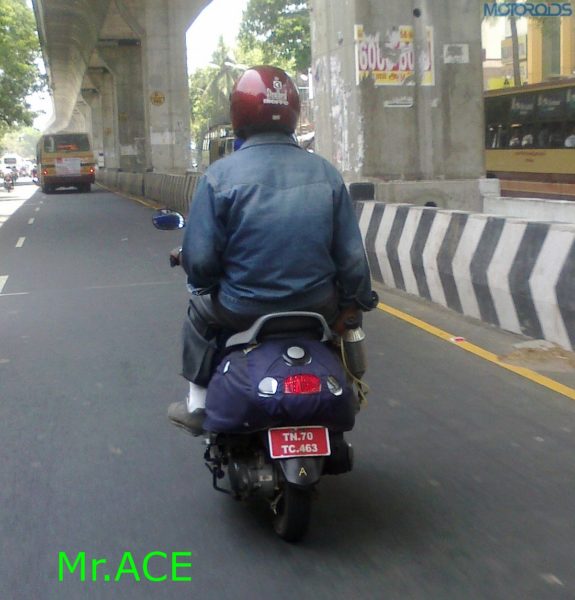 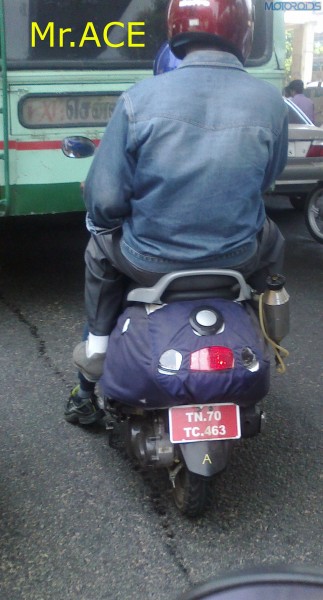 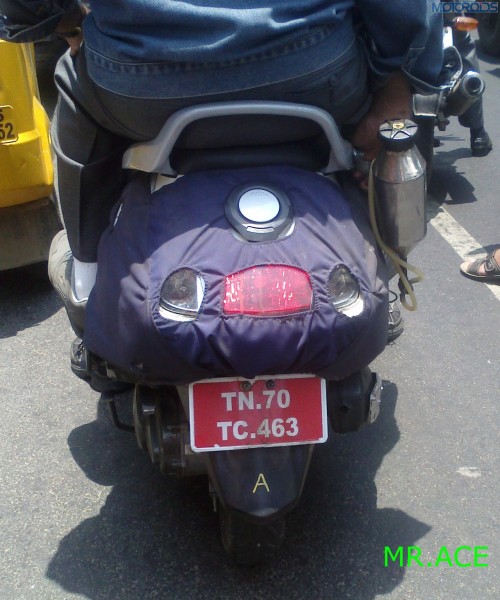 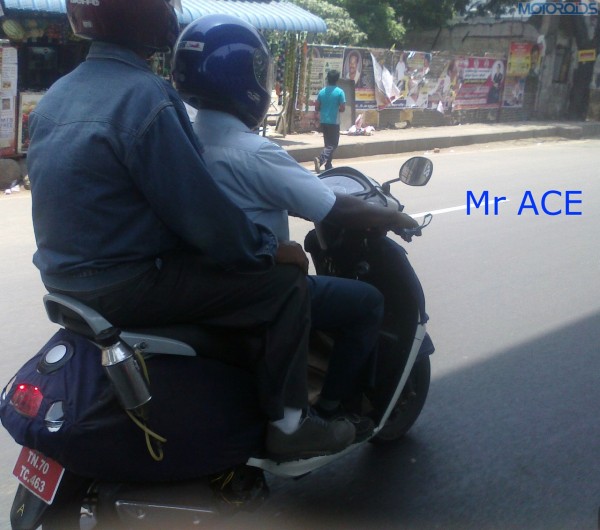