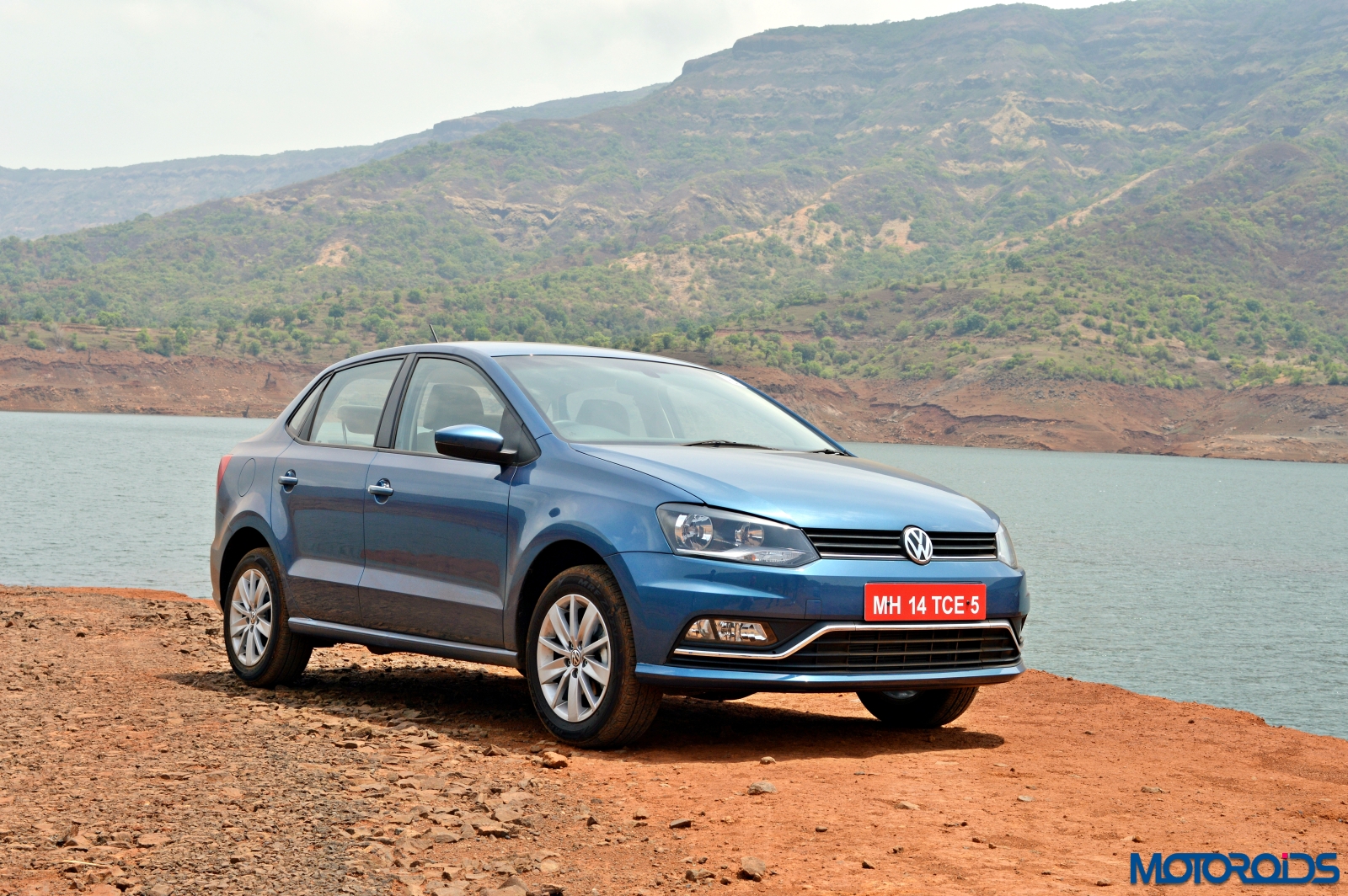 Volkswagen India launched the Ameo compact sedan earlier last month. The model arrived in the Indian market with a price tag of INR 5.14 lakh (Ex-showroom, Mumbai). The model is currently available only with a petrol powered engine. The said unit is a 1.2 litre 3 cylinder MPI motor capable of producing a 74 hp and 110 Nm of torque. Power is sent to the wheels via a five speed manual gearbox.

Earlier reports suggested that the company is also working on a diesel mill that should follow soon after. While we wait for the German automobile manufacturer to reveal the launch details, a test mule of the Ameo diesel has been spotted during a public road test. 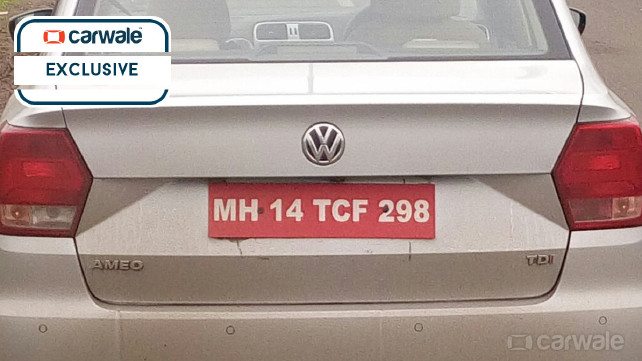 As the images suggest, this model of the sub 4 metre sedan features a TDi batch suggesting that it features a diesel engine. This 1.5 litre diesel mill will be tuned to produce a power output of 89 hp while the peak torque stands at 230 Nm. This motor will come mated to a five speed manual transmission as standard while the DSG automatic transmission is expected to be available as an optional feature.