Volkswagen Motorsport India‘s Ameo Cup 2017 will kick off at India’s racing circuits later this year. With the resounding success of the Vento Cup and the Polo Cup, Volkswagen Motorsport India aims to take its racing heritage to a new high with the Ameo Cup which will feature a race car that has been developed entirely at Volkswagen Pune Plant, for the first time. The new race machine boasts of major upgrades as compared to its predecessor, starting from the body shell itself all the way to the drivetrain, chassis and electronics. 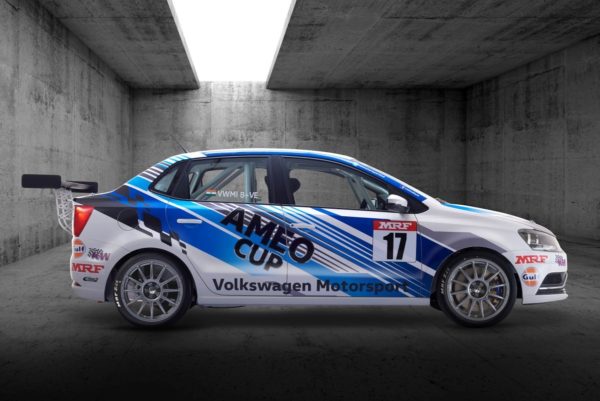 The Ameo Cup race car shares its body with the road version of the Ameo while it borrows the engine from the GTI. It comes with a Turbocharged inline 4-cylinder engine that displaces 1798 cc and produces 205 PS of power @ 6100 rpm and 320 Nm of torque at 3200-4600 rpm. This engine is mated to a 6-speed sequential gearbox with steering-mounted paddle shifters. The ECU (Engine Control Unit) is completely new and has been independently calibrated and mapped to suit the new engine and the gearbox control system. The Ameo Cup race car is running a whole new suspension setup along with tyres that have been specifically developed for this car. 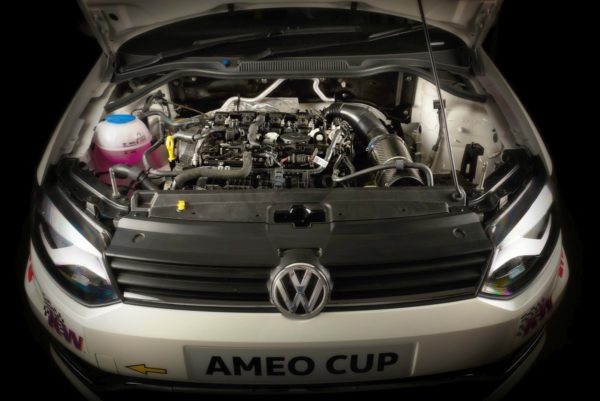 The Ameo Cup 2017 season is scheduled to start in the month of June at Kari Motor Speedway near Coimbatore followed by couple of rounds at Madras Motor Race Track (MMRT) in Chennai and one round at Buddh International Circuit (BIC) near Greater Noida.