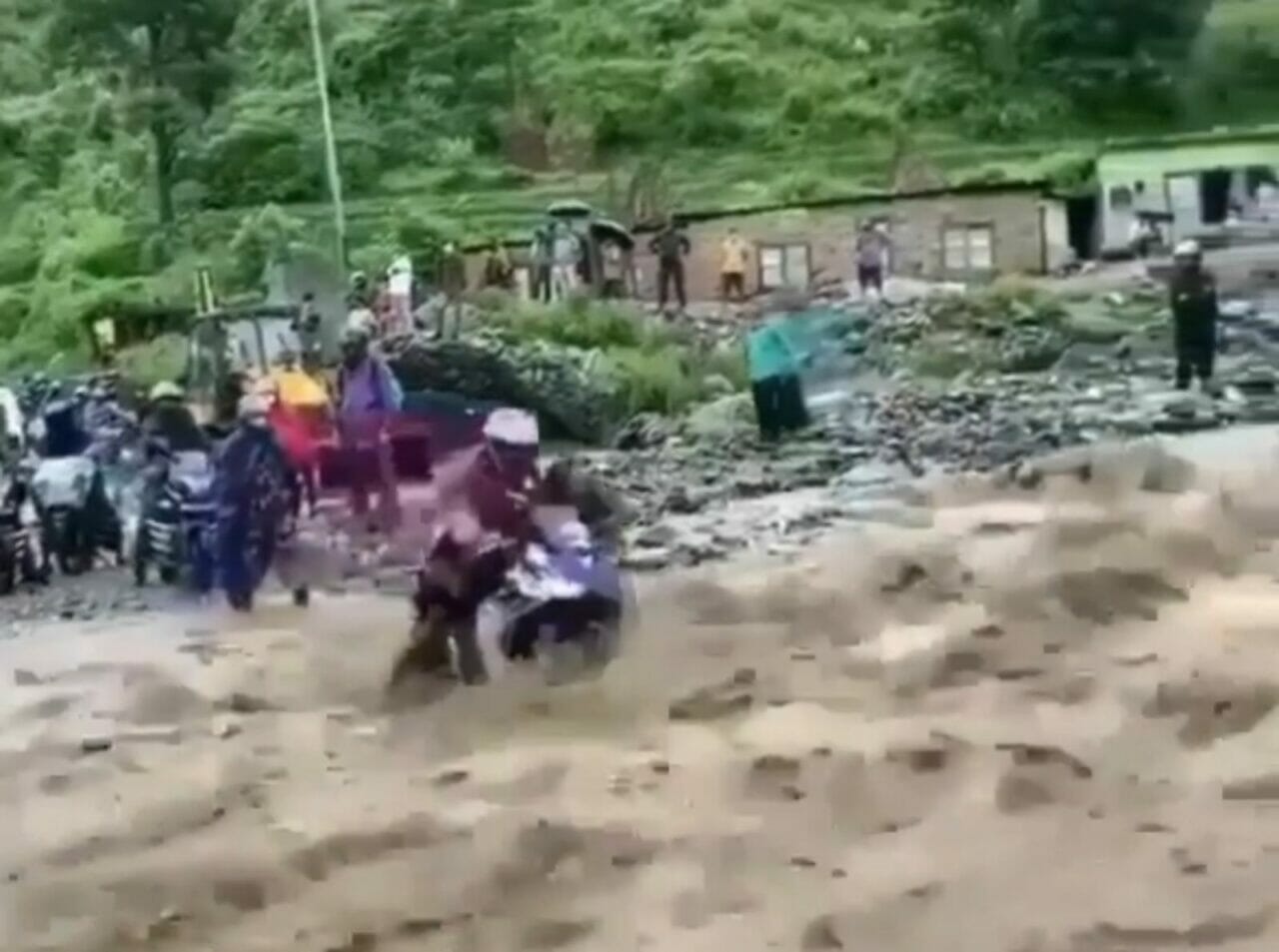 Adventure motorcycling has seen a spike in India in the past few years. Every motorcyclist dreams of going the distance on his motorcycle. For being a vast country, the terrain and road conditions in India change each passing kilometre and sometimes, it comes with its own set of challenges. But it depends upon the rider whether he wants to take the leap of faith and cross the hurdle or turn around. Sometimes when the situation demands, one should think rationally and choose to turn around rather than getting in trouble.

In one such video that we found on the Internet, a motorcyclist astride his Yamaha R3 is trying to cross a stream. Though he was lucky to make it to the other side, the situation could have turned much worse, given how ferocious the current was!

How it could have turned fatal

At one point of time in the whole scenario, the bike is seen flowing sideways because of the strong current of the stream. The main takeaway from this whole scenario is that such situations are very dangerous. The whole event could have turned life-threatening because the ferocity of the current was so much that it could have easily swept away the rider, the motorcycle and the guy who assisted him in crossing the stream. 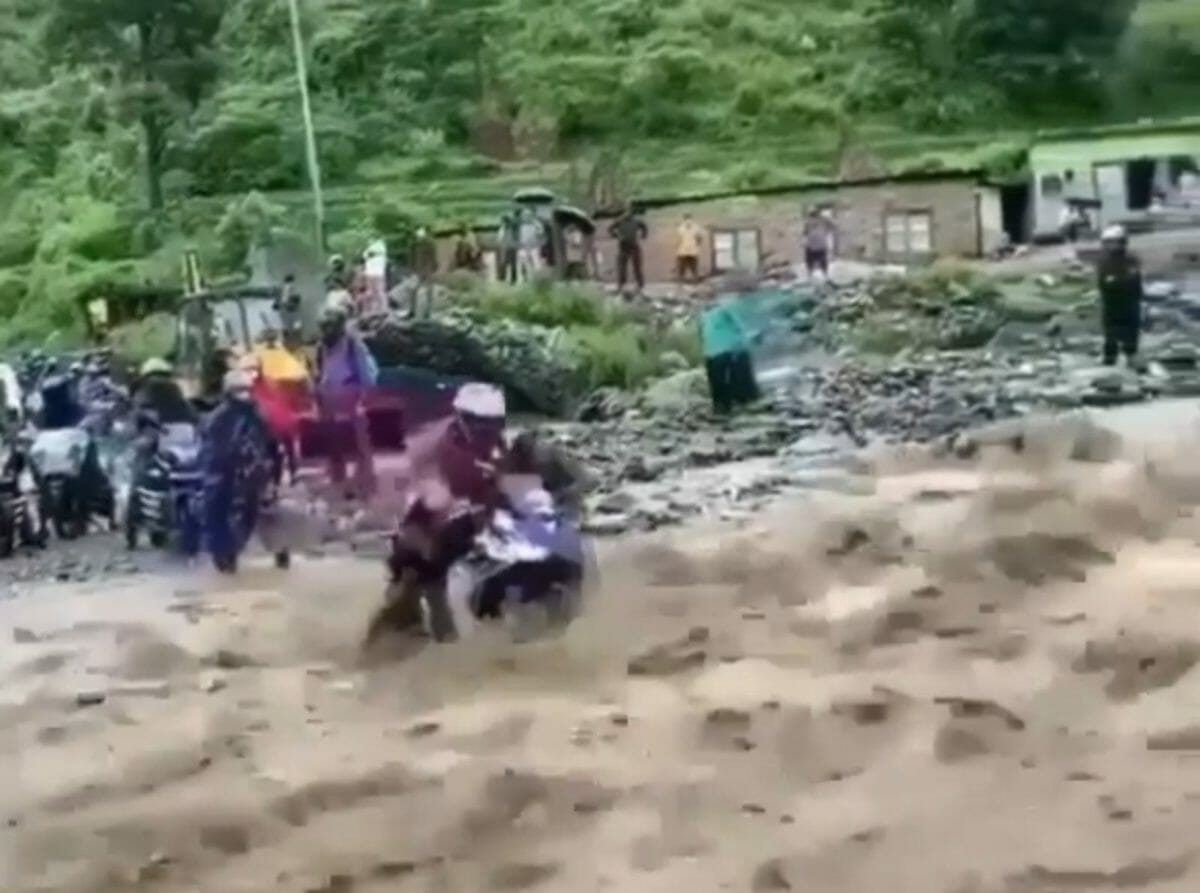 There’s a reason why rational motorcyclists tend to prefer crossing the stream when the flow of the current is at its minimum. There’s a common piece of advice which is given to every motorcyclist headed to Ladakh and that is to cross the streams early in the morning because as the day proceeds, glaciers start melting and the flow of the streams intensify. But one good look at the video and you would know that the rider shouldn’t have attempted it. Flowing streams are very unpredictable. Is the level still rising? How fast is the water flowing? Is it flowing at different rates in different parts of the crossing? Is a sudden surge of water on its way? What objects have been washed down and are now submerged underneath? Could be barbed wire! There are too many unknowns.

Also read: Why Serious Off-Roading Should Be Left To A Specialist Motorcycle [Video]

Another takeaway from this video is that one should always wear proper riding gear. Even though the rider seen here is wearing a helmet, that is pretty much it. The legs are completely exposed and even a minor tumble in the water could have resulted in serious injury. Wearing a pair of gloves is also advisable, especially if you have decided to pull off something irrational like this. It doesn’t matter how potent your motorcycle is, nothing stands in front of the force of nature.