Home Crashes VIDEO: Woman Wrecks A New Ferrari 458 Just Minutes After Taking It Out Of Dealership

A new Ferrari 458 was wrecked in a crash minutes after it was taken out from the showroom. The crash was captured on a CCTV camera. The incident took place in Wenling, China, and the video footage shows the female driver spin out in the £500,000 Ferrari 458. 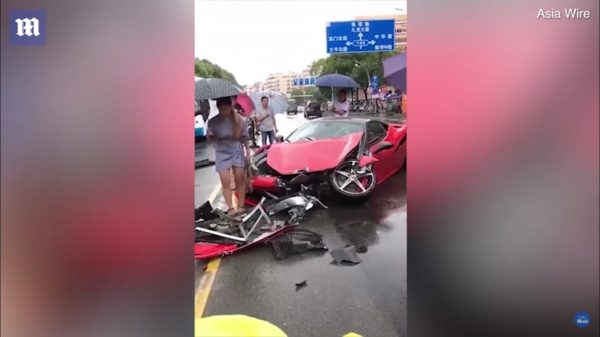 As seen in the footage, the driver loses control of the Italian supercar, hits the divider and rams into an SUV on the other side of the road. The driver and the occupant of the Ferrari 458 survived with no major injury but the same could not be said about the supercar. As seen in the aftermath, the Ferrari 458 has suffered massive damage to the front.

Check out the CCTV footage of the crash below:

Daily Mail reports that moments before the crash, a clip reportedly filmed by the woman herself, shows her bragging about the rental car. The woman points the camera at the Ferrari’s dashboard and says, “First time driving a Ferrari. This truly is the most amazing feeling.” 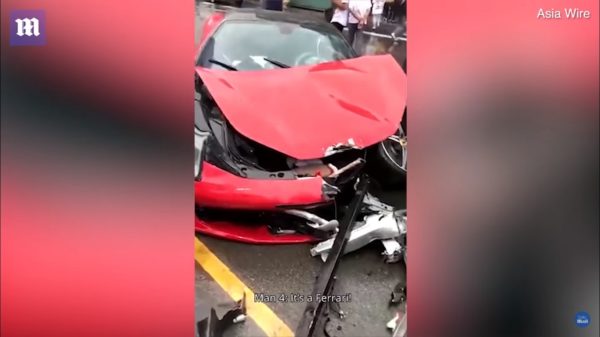